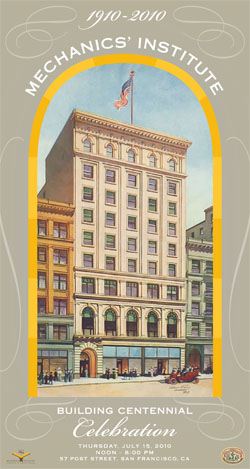 While librarian Francis B. Graves was buying and begging for books to fill the shelves of the reopened Mechanics’-Mercantile Library, the trustees resumed their interrupted debate on the future of the institution. They were agreed on one thing only -- that there must be a new building. Where it should be was uncertain. (A few favored Union Square, where one found the better shops.) As to the size, contents, financing and design of the building, there were, as usual, diverse opinions.

Two elements were certain: First, the building should be large enough to accommodate a major, general library; and second, it should generate income from rental space to augment the limited revenue from members’ dues, which were still $6 a year. During the first months of discussion, Lewis R. Meade, who had taken over as president for 1907, blundered into a hornet’s nest by suggesting that the Chess Room ought to be “abolished” to make space for profitable rentals. The outcry was so instant and so heartfelt that Rudolph Taussig was compelled to return to the presidency, utter many reassuring words, hire an architect and begin at once to plan a large building on the Post Street lot, with plenty of space for the library, plenty of space for rentals and plenty of space for chess.

To plan the building, the trustees, urged on by Taussig, chose Albert Pissis, one of the most distinguished -- and certainly the most traditional -- of the city’s classic architects. Pissis was known for his stately structures of steel and stone. For the Mechanics’ he proposed a nine-story steel-framed mixed-use building, finished in reinforced sandstone on a granite base, with a symmetrical, severely classical façade. The street floor would be rented out as retail space; the second and third floors would be library and offices. On the fourth floor there would be a room for the Chess Club, and the rest of the building would be given over to offices for rent. The cost of construction would run close to $250,000.

Rich in real estate and free of debt, the Institute pushed ahead, secured a bank loan and announced its plans to newspapers early in 1909, just short of three years after the disaster. The general contractor, Lewis A. Hicks Company, started work in April. That fall, as the framework began to rise, the Institute invited members and friends to see the ceremonial placement of the marble cornerstone over a buried box containing current municipal reports, a telephone directory, some silver coins and a medal from the 1893 Mechanics’ Fair, awarded to the first piece of native-grown-and-spun silk fabric produced in California.

Steel Beams were hand-lifted with cables and pulleys at 57 Post in autumn, 1909, while “sidewalk superintendents” maintained close watch. Horse-drawn wagons delivered Albert Pissis’s carefully chosen materials: metal framing cast in California; white Manti sandstone from Utah for the exterior facing; indoor woodwork of quarter-sawed Eastern oak; Belgian black marble and Tennessee pink marble for the lobby and the walls of the circular iron stairway. By 2005, when the Institute celebrated its sesquicentennial, the building had survived ninety-five years of changing tastes, minor earthquakes and periodic revolutions in architectural style, testimony to the value of sober design, rugged materials and respectful use. 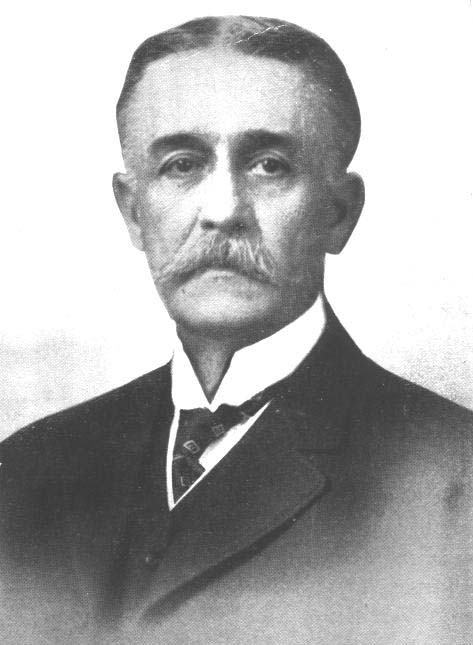 Born in Mexico, Albert Pissis was brought by his family to San Francisco at age six, educated here and sent as a young man to the rigidly classical Ecole des Beaux-Arts in Paris to perfect his talent for drawing. On his return to the city in 1880, he found work designing houses in the popular Eastlake, Italianate and Queen Ann styles, later lumped together under the broad term “Victorian”-or, less regally, “carpenter gothic.” On his own, after a period of designing large brick warehouses and small commercial buildings, he made his mark with the Hibernia Bank (1892) and the James Flood Building (1904), the Emporium (1896, rebuilt 1908) and Temple Sherith Israel (1904). In the course of these major projects, he became not only the city’s best-regarded exponent of classical architecture but also its wealthiest practitioner. After the earthquake and fire, he designed the White House department store (1908-later to become a multi-use block of parking and street-level retail stores) and Lane Liberty (1911- now the Health Sciences Library of California Pacific Medical Center). Pissis was known for his strong opinions, self-critical honesty and stubborn insistence on controlling the selection and quality of building materials. As a member of a commission to consider rebuilding the ruined City Hall, he joined the majority in advising that it be promptly torn down, one of the less difficult decisions of the post-quake period. At the time of his death in 1914, he was one of five leading architects on a panel to select designers for the principal buildings of the 1915 Panama Pacific International Exposition.

The plans by the distinguished architect Albert Pissis were crisply classical in style. Every detail reflected Pissis’s attention to classical architectural style and his wide experience in the design of public and commercial buildings. During the planning and construction of the Mechanics’ building, three of Pissis’s previous structures were under reconstruction in downtown San Francisco, having been gutted by fire after withstanding the earthquake: the Emporium, the Flood Building and the Hibernia Bank at Jones, McAllister, and Market Streets. New and taller buildings have since risen to the right and left of the Mechanics’ Institute, and the cable car running along Post Street has been replaced by a bus; but the Mechanics’ has remained virtually unchanged except for occasional changes of street-floor tenants. San Francisco Architectural Heritage, in its definitive inventory of downtown buildings, Splendid Survivors (1979), drew attention to “the very beautiful circular iron and marble stairway” and called the building “a major San Francisco cultural landmark.”

-- From the book Four Books, 300 Dollars and a Dream by Richard Reinhardt