The 50th anniversary of the TNM has begun, with the IM Walter Shipman Memorial TNM! We have limited capacity for this 1st edition of the year to 50 players in order to space players comfortably, but there was no shortage of action and drama, with a good balance of players between the two sections.

In the top section, IM Elliott Winslow grinded out a rook and pawn endgame against Fredrick Dutter to get the win. Overall top seed NM Yusheng Xia took a half point bye for the 1st round and will be ready to jump in the pool next week. Luke Widjaja held NM Mike Walder to a draw in an exciting game, but perhaps the most captivating game of the round was between Lucas Lesniewski and Jayden Xu. In a complex position with Xu having just 2 seconds on his clock and losing compared to Lesniewski's 20 seconds, Xu made a move and offered a draw. As time kept ticking, it appeared as Lesniewski in trying to consider the offer and make sense of the position, lost track of time in the game and I watched is clock slowly count down to 3...2..1.. and flag. It was a tough moment for Lesniewski, and as chess players we all understand the feeling. It seems trivial that one should never run out of time with a delay time control, because making a move is always better than losing on time. But as chess players we can sometimes lose ourselves in the madness of analysis and it separates players from the live action on the board.

In the under 1800 section, top seed Romeo Barreyro survived a scare from DeAndre Stallworth. Stallworth had a winning position in a rook, knight, and pawns endgame up 2 pawns, but with only a second on his clock, was put under enough pressure where Barreyro induced a blunder of a piece, and with plenty of time left on Barreyro's clock, was able to finish the victory. Tough game for Stallworth, but his chess is improving with each week, and once experience with clock management kicks in, he will no doubt hurdle over the next wall in development. The under 1800 section looks to be a very competitive section, but with 7 rounds, it will be exciting to see the climb to the top. 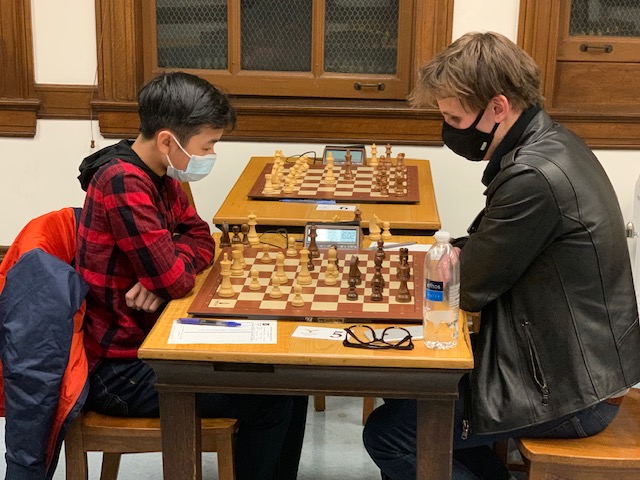 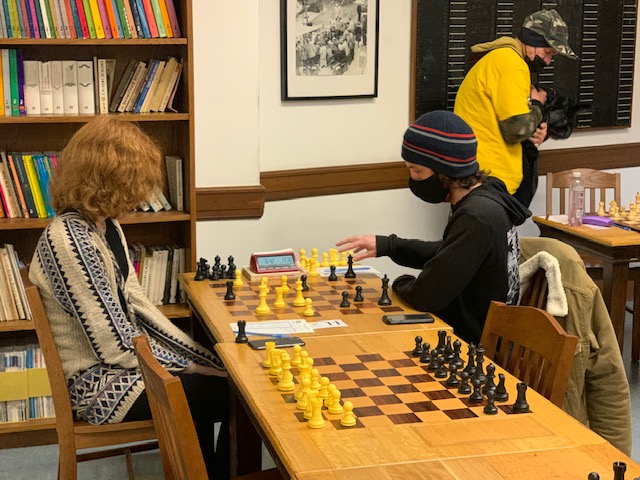 Jayden Xu (red) complicated the position just enough to flag Lucas Lesniewski and save his game. JP Fairchild and Stephen Parsons also went late into the night in their game where it seemed  time also played a factor in the game.

Watch the broadcast from the 1st round by following this link: https://www.youtube.com/watch?v=0jMYvVPXYs4

The white knights are siezing important squares. e6 is particularly weak and should cost the exchange. 17...Be5 I like this about Adam's style. He has decided he can lose the exchange and builds up a kingside advance of pieces. 18.Ne6 Qh4 19.N4g5 Excellent. David doesn't grab the exchange yet and defends the f3 square. No use giving your opponent attacking chances. 19...h6 20.Nf3 Bxf3 21.Qxf3 Rf7 22.Bd3! Well played! White wants to trade off the active black knight and leave the position with the powerful e6 knight against the less effective black bishop. 22...Nd4?! [22...Qf6 23.Bxf5 Qxf5 24.Rfe1 is clearly better for White but at least material is even] 23.Nxd4 Bxd4 24.Bxg6 White has a pawn to the good and control of the kingside light squares to stop the black attack. Objectively it's very good for White yet one slip can let the black pieces in. 24...Rg7 25.Bf5 Rf8 26.Be6+ Kh8 27.cxd6 cxd6 28.Rc8? It is natural to want to trade off pieces to lessen the attack. Black can get back in the game now. 28. Rc4! keeps a big edge. 28...Rxc8 29.Bxc8

This pawn structure seems to come about often in the Morra Gambit (and other Sicilians, although with a White c-pawn still on the board): The doubled pawns are definitely more good than bad, safe as they stand and controlling many center squares. In fact, Stockfish makes Black a win, as soon as Black gets the rooks going and the minors to better squares. 16.g5 Ne8 17.Qg4 g6?!

Planning ...Ng7-h5-f4 (!). White decides to roll the dice: [17...Qc7 "just says no" to threats, illusory or otherwise.] 18.Bxe6!? Objectively worse but not much worse than just improving pieces (doubling for example), and there is a psychological value, which shouldn't be underestimated. [18.Rd7 h5! drives the white queen to a bad square since capturing en passent allows the knight fork] 18...fxe6 19.Qxe6+ Rf7 20.Nd5

An appropriate result, and an exciting game! Credit to Luke for walking on the coals, and Mike? Better refresh that Morra Gambit defence... [31.Rd8 Bxg5 32.Rg8+ Kh6 33.Rf8 Rg7 it's zero dot zero everywhere. Or in traditional human speak: dead drawn. Surprising?; 31.Rf1 Rxf1 32.Kxf1 Bxg5 is looking like a fortress: the rook has lots of squares on the 2nd rank, and the bishop has squares as well if the queen wanders from threatening e5.] 1/2-1/2

The Mechanics' Institute values the power of bringing communities together through chess. Here is MI member and club player JP Fairchild sharing how playing at the club connects with community.

I got into chess later than most. I only started to play more seriously during the pandemic, after watching "The Queen's Gambit." Chess can be a lonely passion, solitary by nature. The dedication to improvement almost requires an introverted mind. In strange times, where a pandemic further isolated us, playing faceless usernames on the internet isn't enough. Being able to go to the Mechanics Institute, to meet and play with real people, has been a dramatic improvement in my life. I've made new friends—Deandre, Ben, and Ako—which are slowly becoming serious friendships. I think I say this from all of us who compete: thank you Abel, Judit, and everyone involved in keeping the Mechanics Institute up and running. It means a lot to all of us. 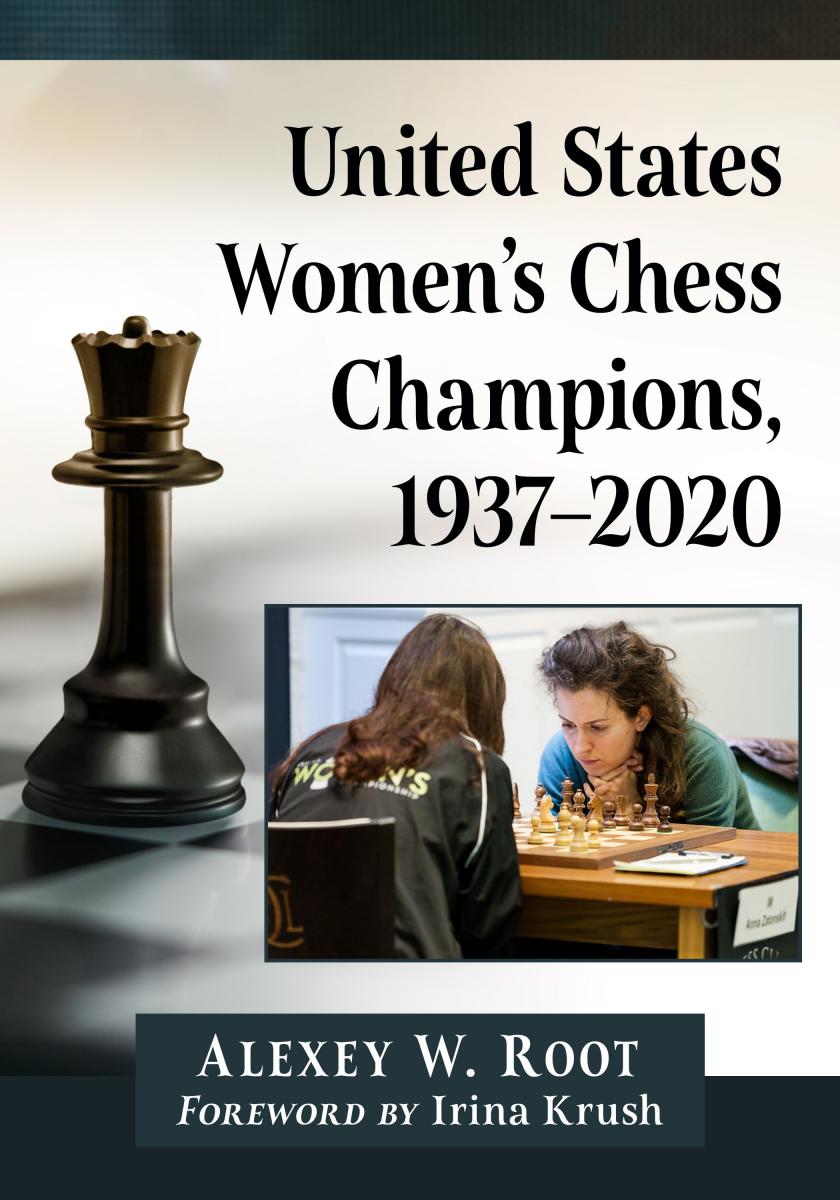 WIM Dr. Alexey Root has written a soon to be released book on the U.S. Women's Champions, covering from 1937-2020! We have already pre-ordered a copy for the MI library, but this is surely a must have for any chess historian and enthusiast. Pre-order your copy by following this link: https://mcfarlandbooks.com/product/united-states-womens-chess-champions-1937-2020/

Additionally, she has written an article published in Sparkchess titled Chess, the Number 1000, and Carlsen's Social Media where she mentions the 1000th issue of the Mechanics' Institute Newsletter, released last week HERE. Thanks to Alexey for that mention, and you can read her article by following this link: https://www.sparkchess.com/chess-number-1000-carlsen-social-media.html

The Mechanics' Institute was honored to organize last year's 2020-2021 Pan-American Intercollegiate Championship online. This event is for collegiate chess teams of four players in a team format. The 2022 event has just begun, and it is being held in Washington, D.C. Our very own Judit Sztaray is on site as she was selected to help TD the event, and she sends these pictures from day 1, which includes a pic of the UC Berkeley team led by IM Josiah Stearman. Look for a Pan-Am update in the next newsletter, as Webster University looks to defend its title. Thanks, Judit!

To watch the Twitch Stream of the Pan Am with IM Kostya Kavutskiy, follow this link: https://www.twitch.tv/collegiatechessleague 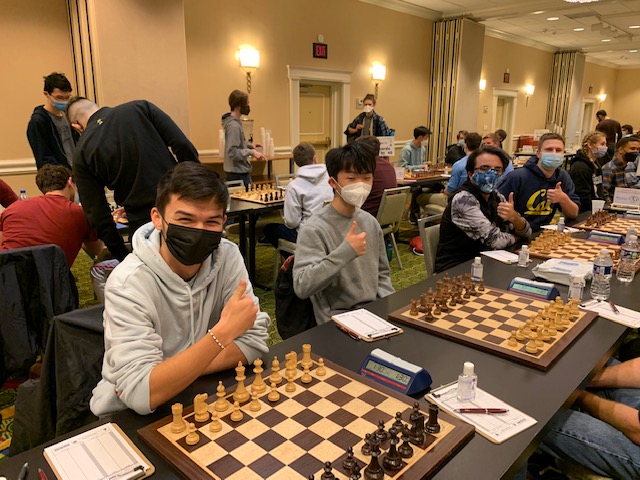 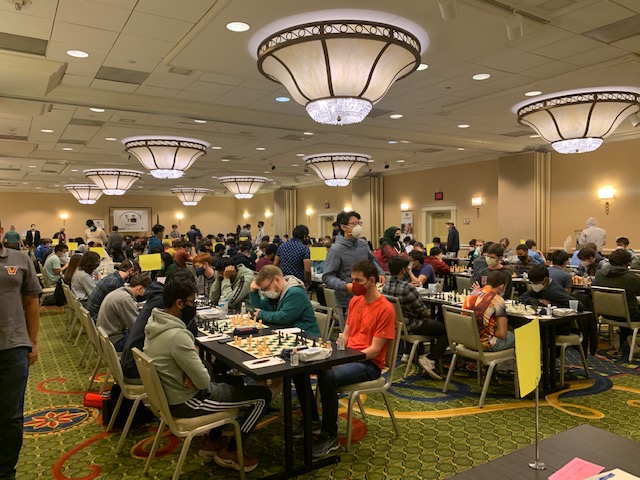 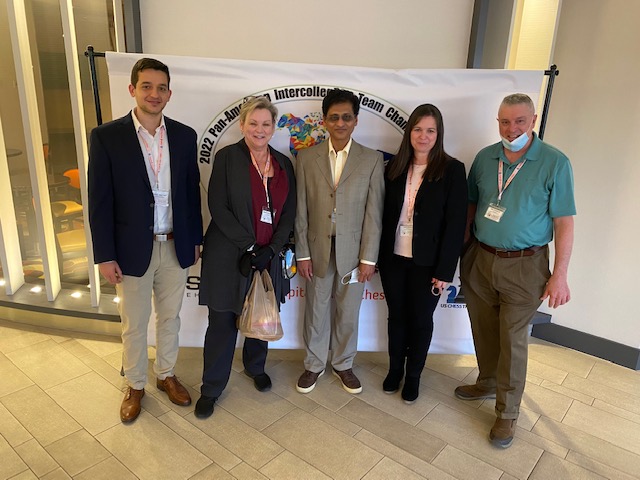 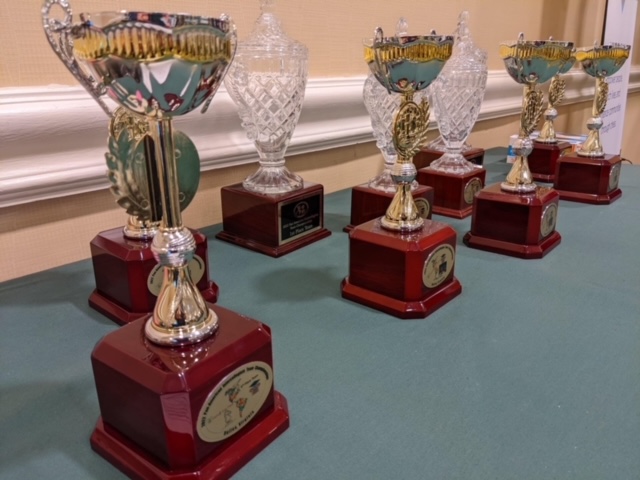 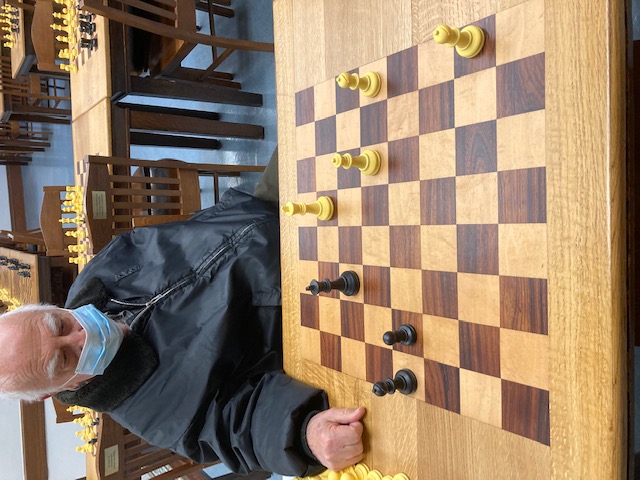 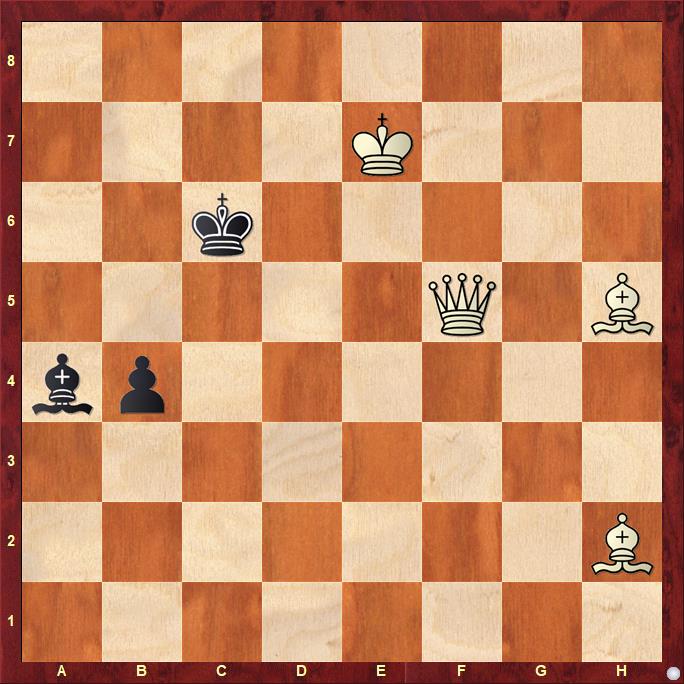 I read the news today

Following the success of the Queens Gambit on Netflix and the explosion of on-line tournaments with colorful Twitch streamers such as the charming Botez sisters and GM Hikaru Nakamura – chess is seemingly everywhere these days.

Personally I quite enjoy looking at all of this chess-in-the-culture stuff: the 64 squares by themselves cannot hold me.  Busting out of the confines of the game itself, seeing the way it influences and is shaped by the rest of the world has helped me see chess (and myself) in different contexts, and perhaps I can even say it’s “rounded” me out a bit as a person.

And so this humble column will henceforth act as a sort of digest of the state of chess in the world from week to week.  From the artistic to the political, from the hilarious to the somber: let me be your guide.

Incredibly, as I write these words, Nakamura is still stuck in Poland after the World Rapid and Blitz Championships, and after a positive covid-19 test.  His plight is detailed in the Wall Street Journal:

“One player’s pawn is another’s farmer.” How chess pieces got their names:

Garry Kasparov on crypto, non-fungible-tokens, and of course his own bad-ass self:

The chess world mourns the passing of organizer Myron Lieberman:

Get aboard the Moscow chess train:

I had absolutely no idea there was a Hip-Hop artist called Big Chess.  Now I know:

A father and son bond over chess:

“Weak, checkers-playing Biden faces emboldened chess master Putin” is an altogether too common (and funny!) type of political headline.  The comparison between chess and checkers never gets old:

This new AI chess board lights the way - making sure you don’t have to think for yourself!

Yet another “feel-good” article on the health aspects of chess.  Speaking from experience, I do feel rather good when I’m giving my opponent a sound thrashing.  So yes, this is spot on:

Finally, for all of you literary types out there (count me in) here is The Romance of Chess from the Los Angeles Review of Books:

John Grefe was a special character in the world of the Bay Area chess scene. His heyday as a player was in the 1970’s and 80’s, but his influence as a chess teacher and guru lasted all his life. We are reminded now of his influence by the success of his  pupil, Hans Niemann. Hans showed his mettle this year end at the World Rapid Championship in Warsaw, and had a great victory at the World Open 6 months ago.  Credit to Hans’ early teacher for his extreme calm when dealing with Hans’ exuberance. John Grefe had a mild yet still pointed way of expressing himself. Grefe’s blend of humor and irony was a pleasure to his friends and pupils. Those receiving a criticism from him would even enjoy it because of the manner it was delivered. We remember John mostly as the long haired, spiritual player who was at home in the Berkeley tournaments with the bongo drums banging away outside the tournament hall. He could focus his energy and avoid disturbances by outside distractions.

His greatest chess achievement was the tie for first in the 1973 US Championship with Kavalek. His immortal game came from this tournament – the slashing victory over Walter Browne (6 time US Champion).  We give also his complex battle with Najdorf from Lone Pine a few years after this.  Grefe, Browne and Tarjan were the great players which made the Bay Area a chess mecca in the 70’s and 80’s. Tarjan is of course still going strong as a player after coming back from retirement six years ago, yet the legacy of John Grefe lives on.