Round 3 of the TNM turned out to be somewhat of an early birthday present for Jayden Xu on the top board, who celebrated his 15th birthday on board 1 earning a hard fought draw against IM Elliott Winslow. This has been a great tournament for Jayden thus far, winning his first two games and showing nerves of steel against the very cagey veteran in round 3. This draw opened the door for Edward Lewis to take over sole 1st place after a win over Kayven Riese. Lewis leads with 3/3, with 4 players at 2.5 including Winslow, Xu, NM Michael Walder and Luke Widjaja. 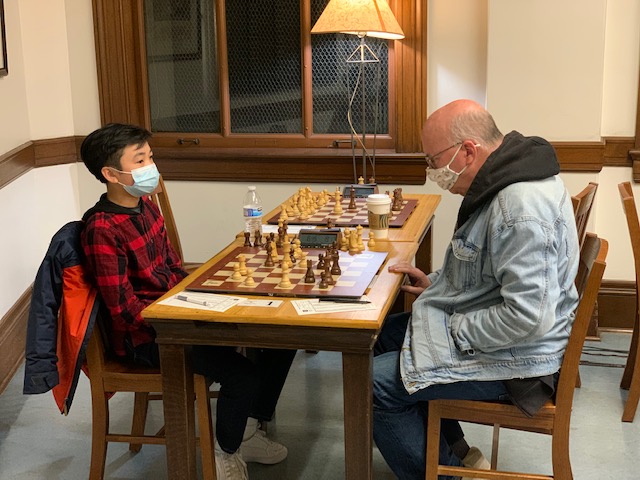 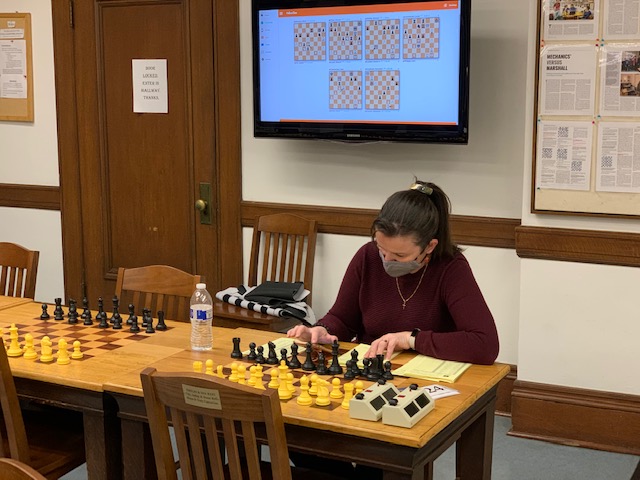 In the under 1800 section, Sebby Suarez won on board 6 against Nursultan Uzakbaev to stay perfect. Ashwin Vaidyanathan defeated Albert Starr to keep pace with Sebby, and both lead the section with 3/3. Strong competition is only a half point behind, including Romeo Barreyro, Dean Guo, and Anton Maliev,

Tony is back and ready to challenge you to solve this problem: white to move and mate in 2 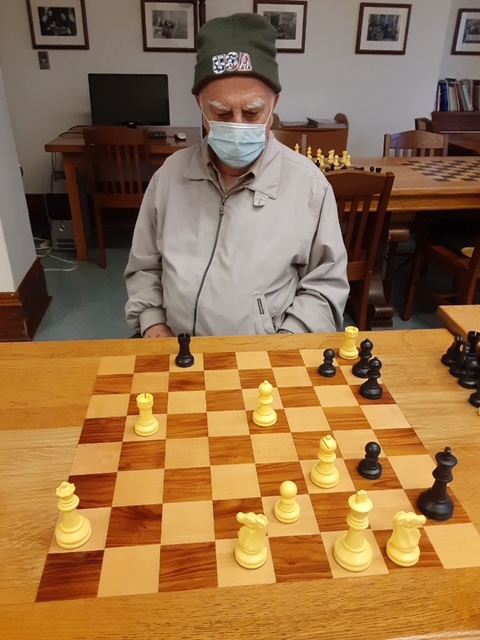 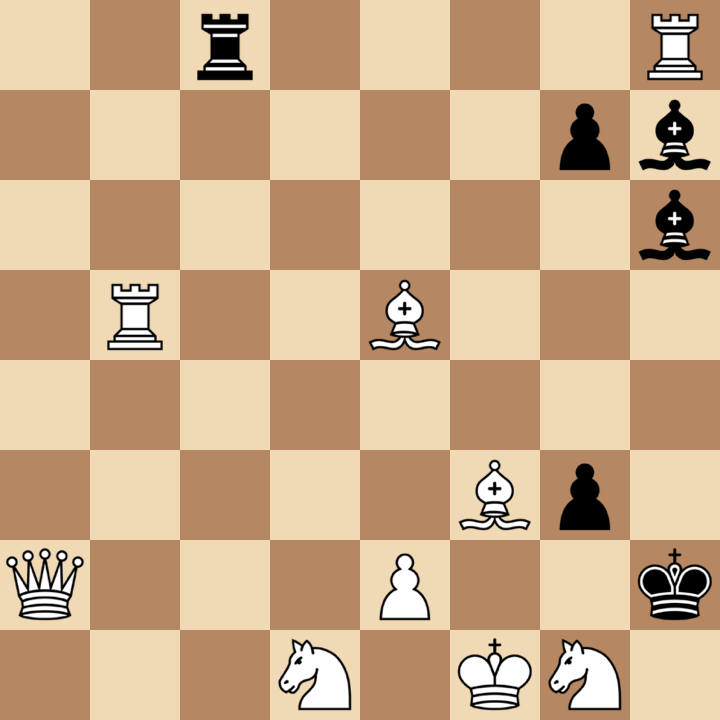 The world is a chess board

We are back, with more wild tales from the world of chess.   But, before we get on to the juicy stuff, I should mention that the legendary Tata Steel Masters is underway.  After four rounds the leader is Indian GM Santosh Gujrathi Vidit with 3.0 points.  If you want to follow the action I strongly recommend the mad-cap duo of GM Jan Gustafsson and GM Peter Svidler commenting for Chess24:  https://chess24.com/en

They are simply the best.

It’s now an open secret that World Champion GM Magnus Carlsen wants to push his rating over 2900.  Many observers feel this is impossible, and as The Guardian points out, he needs to score 9/13 at Tata Steel just to gain one rating point:

Jobs in chess are scarce, but Golden State Warriors rookie Jonathan Kuminga has a vital position locked up.  It’s on him to carry super-star Klay Thomson’s chess board around:

Chess sets are an endless source of inspiration for artists and designers.  Maybe a concrete set(!) inspired by Brutalism will make you a tougher opponent:

Chess and Bitcoin.  Please don’t ask me to explain PowChess to you, although it seems to be a way for its creators and users to make and gamble their hard-earned dough:

Chess Chief is the name of a race horse.  He won the Tenacious Stakes and the New Orleans Classic last year, and his dad is Into Mischief.  If he enters the Tuesday Night Marathon we’d all better watch out:

The hashtag #ChessTok on TikTok is trending with 198 million views and counting:

MI Chess Room Director Abel Talamantez tossed this one in, informing us that Cincinnati Bengals quarterback Joe Burrow knows the diagonals on a chess board almost as well as the plays on the field:

For politicians, this “Putin plays chess while we play checkers” thing never gets old:

Incredibly (for me), this year marks the 50th anniversary of the historic Fischer vs. Spassky match in Iceland.  A short prelude to what I’m sure are many celebrations to come:

Over in Brazil super-GM Henrique Mecking claims to be the “Prophet of the Apocalypse”:

Kazakhstan might be in the news for all the wrong reasons right now, but 17-year old IM Bibi Assaubayeva is the Women’s World Blitz Champion and is a hero back home:

Finally, we make a full circle back to the Tata Steel Masters, where the official Norwegian TV2 broadcast has invited a convicted bank-robber on as commentator:

Always one of the biggest events of the year, the traditional tournament in Wijk aan Zee (sponsored by Tata Steel) kicks off the 2022 chess season. The cast of characters include the usual suspects – King Magnus, Fabiano Caruana, Giri, Duda, Karjakin. Mechanics’ Institute members will be particularly interested in following our man Sam Shankland, who scored an invite to this prestigious event.

The early lead was a bit surprising as the Indian Santosh Vidit nosed ahead with victories over our Sam and Duda. Yet the pack is chasing and its early. We give below a great game from the champ, who took down the invincible Giri. Also below a game from Mamedyarov – we count the Shakh as a friend of the Mechanics’ after his entertaining simul at the club.