As reported in previous issues, this year's Falconer award recipient is GM Andrew Hong. He was the highest-rated player under Age18 by his December 2021 rating. Andrew clinched the award just by a few rating points from GM Christopher Yoo, who crossed the 2600 at the end of December 2021 and took over by the February 2022 supplemental rating. Andrew has been active since June 2021 when the country restarted in-person tournaments. He attended a number of prestigious events, such as the National Open in Las Vegas, the World Open in Philadelphia, the 2021 US Junior Championship in Saint Louis, and the 2021 Northern California Invitationals Online, as well as three events organized by the Charlotte Chess Center. 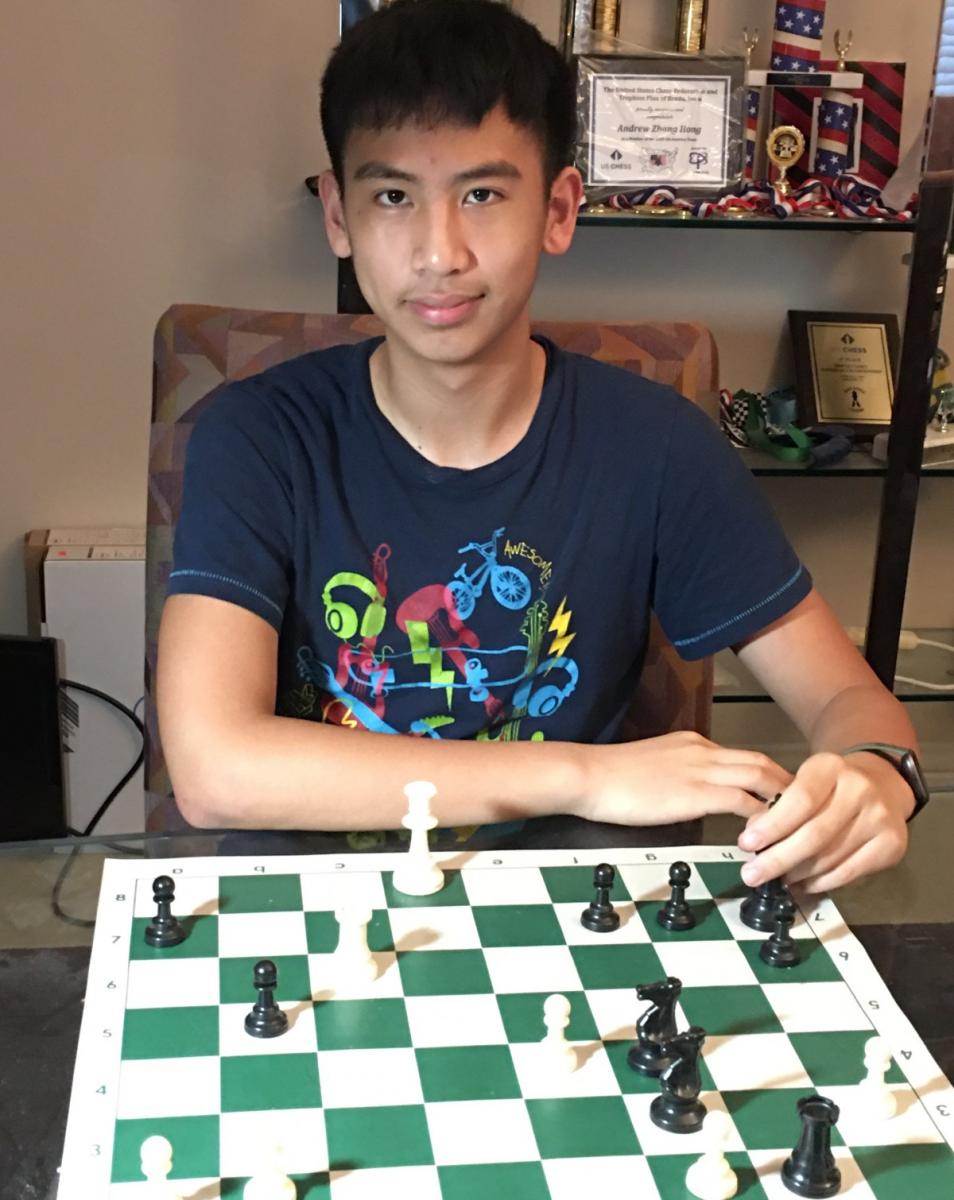 In 1999 Neil Falconer, then longtime Mechanics' Institute Trustee, established the Falconer Award at the Institute which awards a cash prize to the highest-rated junior player under Age 18 in Northern California.

I was extremely happy to be able to schedule a quick call with Andrew, who is such a wonderful and humble Grandmaster. It is my pleasure to have a chance to share a few interesting facts about him and his life. Andrew is a basketball fan, likes Mediterranean food, his favorite piece is the Knight, and his favorite chess player is GM Gary Kasparov. When asked how he got into the game, he shared "I was 7 years old when I first saw my brother playing chess. He brought home the chess set, and I started playing." He shared that while living in China for a year, he attended a chess club and that's where he was exposed to games of Grand Masters. He was especially fascinated by endgames, and how the club was teaching how to win endgames with interesting positions, like K&Q vs. K& pawn before promotion. "I was especially fascinated how this game can be won by moving the queen back and forth." I asked him what his best tournament was, to which he replied: "I would like to borrow Nepo's line: my best tournament is yet to come." His favorite tournament so far was the Charlotte tournament where he made his last GM norm.
I asked him what he would say to his 7 years old self: "I'd say work harder because it takes less time when you are younger." What great advice! I also asked what message he would give to scholastic players who are thinking about pursuing their dream of becoming a titled player, he said he would suggest “to only pursue the game if you have a passion for it; tone down your expectations and let passion drive you.”

If you would like to meet Andrew, please come by to celebrate with us at the award ceremony on Saturday, February 12 at 2:30PM in the Chess Room on the 4th floor at Mechanics' Institute at 57 Post Street in downtown San Francisco.

By drawing in only 14 moves with Expert Christophe Bambou, International Master Elliott Winslow maintains a ½ - point lead over rising star Jayden Xu (who took a bye) with only one round left to play.  On board 2 Experts Lucas Lesniewski and Edward Lewis were both spoiling for a fight, but they also ended up splitting the point in a tough game.  Joining those two with 4 points are NM Yusheng Xia (will he be paired with Winslow in the final round?) and MI stalwart Kristian Clemens who outfoxed NM Michael Walder in a great game. 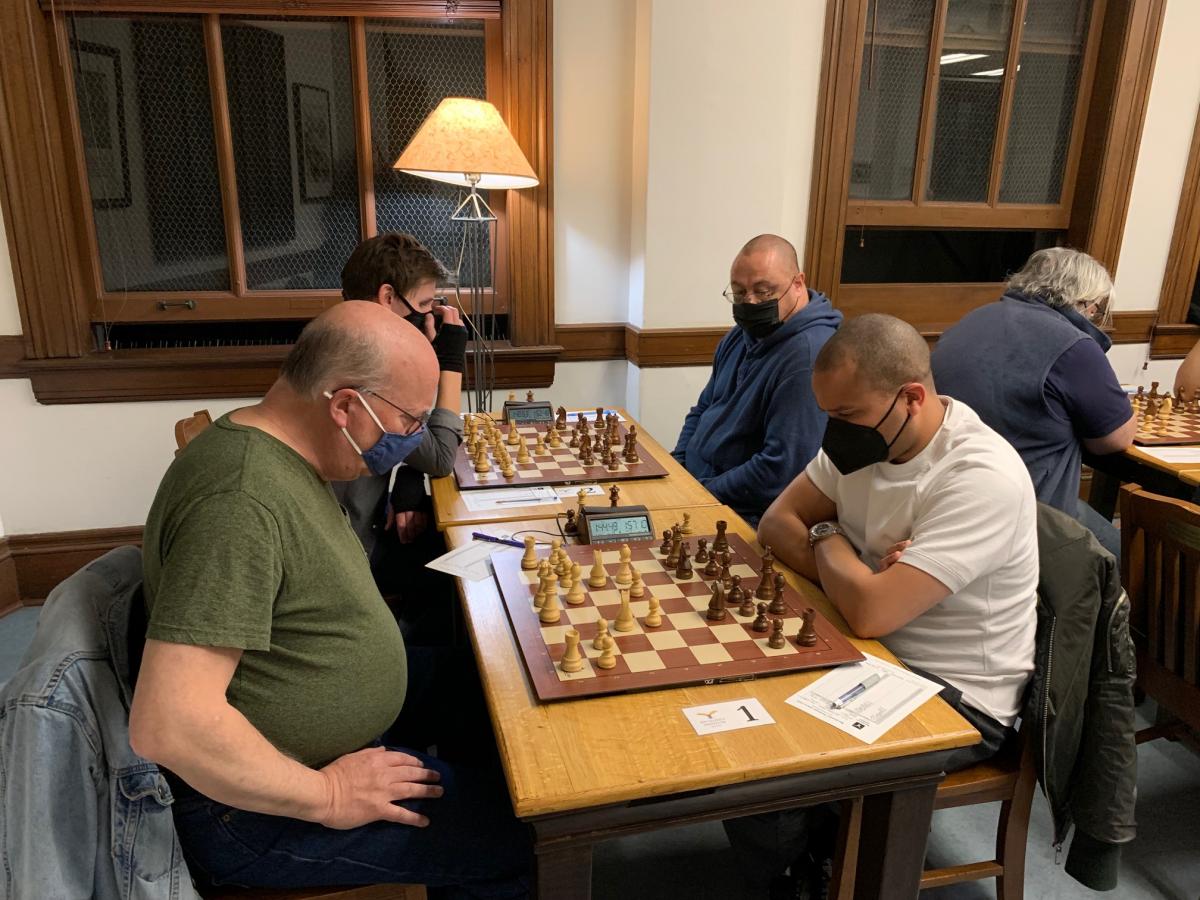 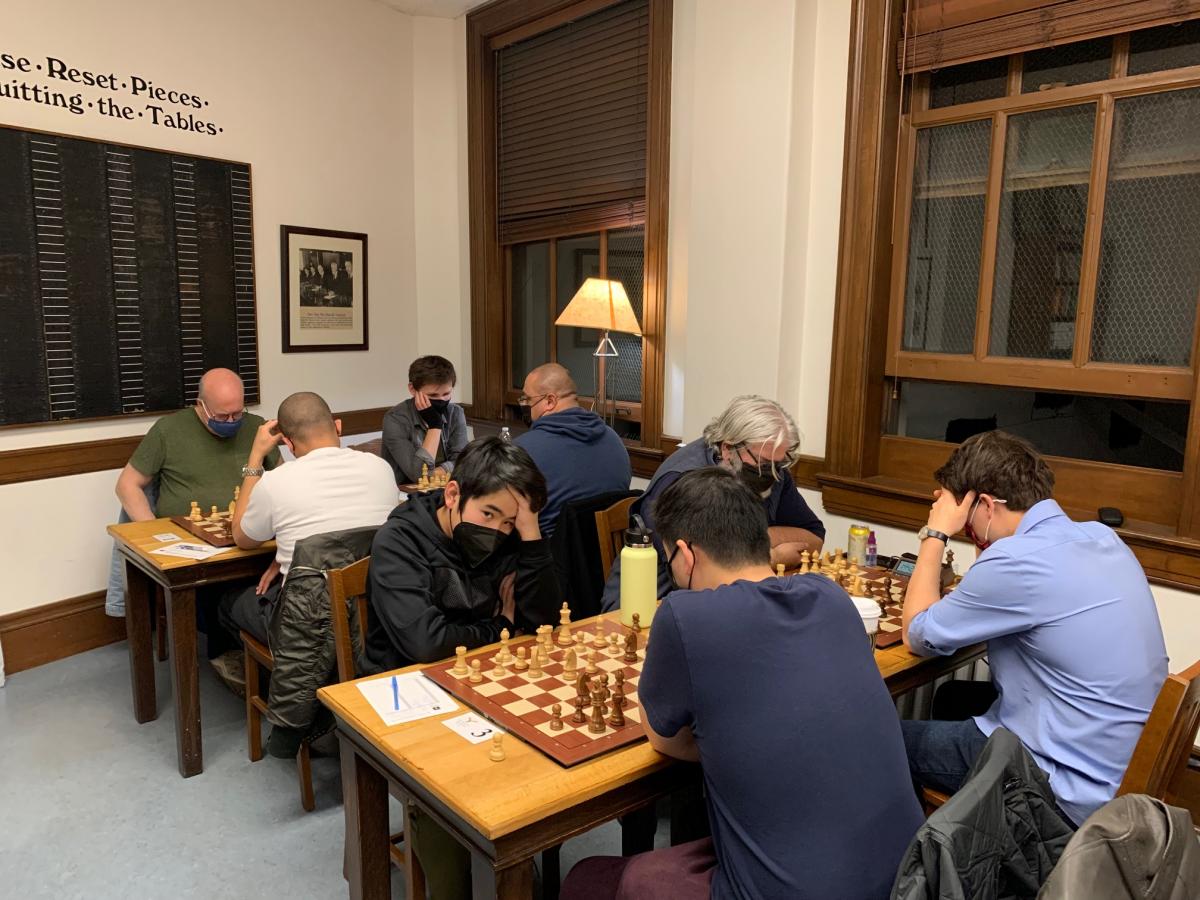 In the Under 1800 Section, Romeo Barreyro moved into a tie for 1st with Ashwin Vaidyanathan by defeating Nursultan Uzakbaev.  They both have 5 points, but right behind them are Stephen Parsons and Sebastian Suarez, who drew each other in a wild roller-coaster of a game.  They are joined at 4.5 by Matt Long, who I heard caught Thomas Gu in an opening trap… With Ashwin sitting out the final round, we are in for a photo-finish! 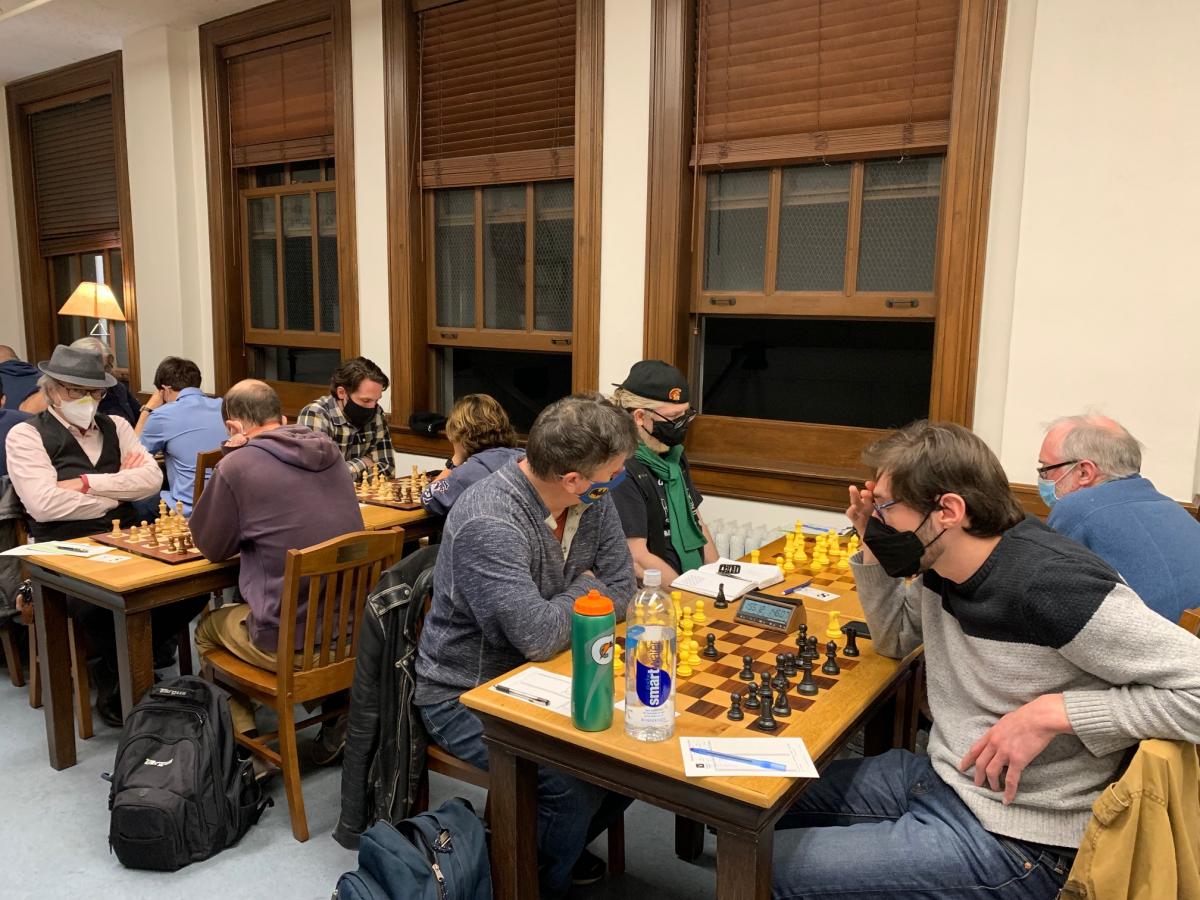 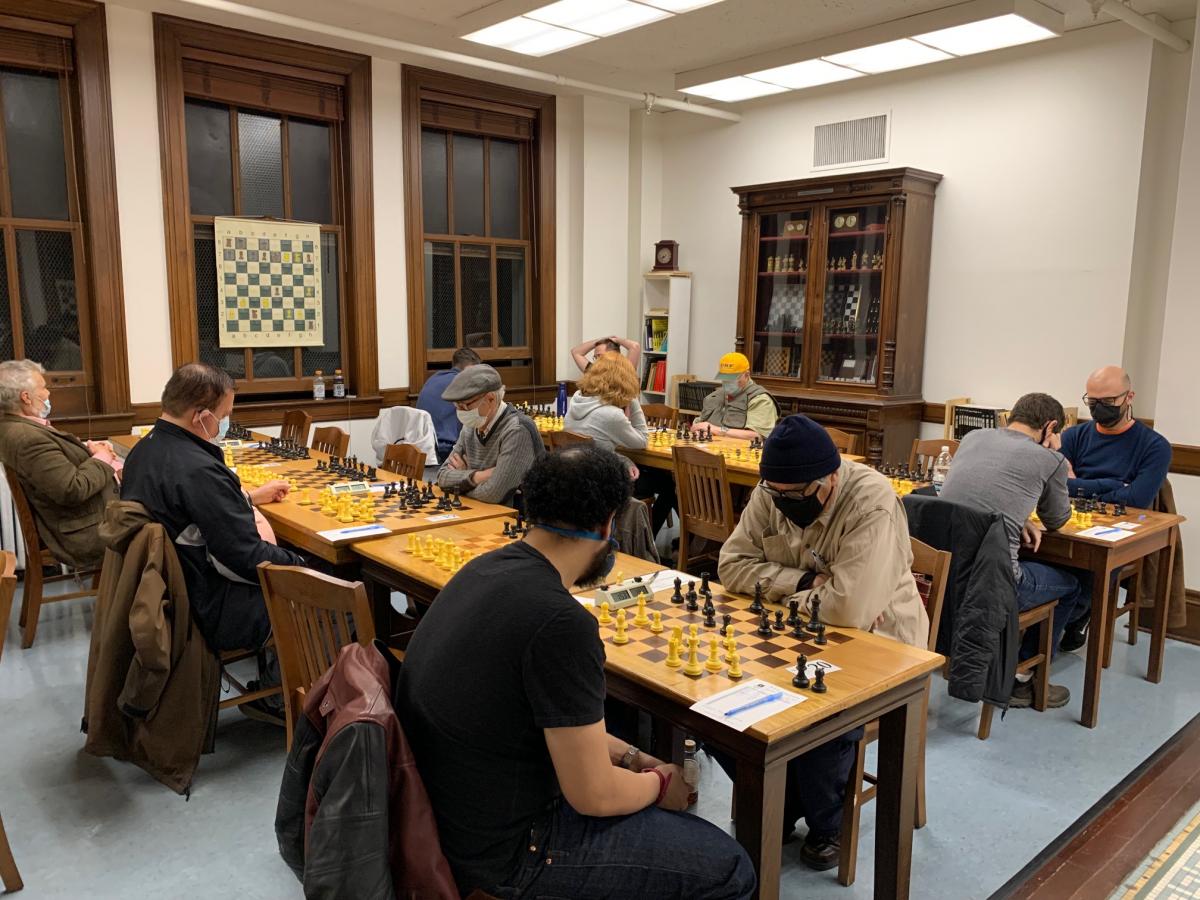 Although our live commentary and broadcast on Twitch is on hiatus, you can still follow the DGT action on the Internet: https://chess24.com/en/watch/live-tournaments/walter-shipman-memorial-tnm-2022#live 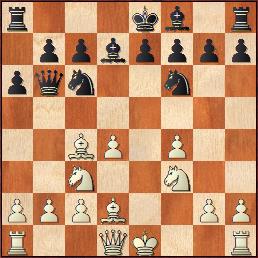 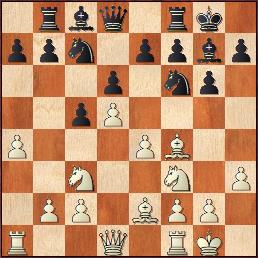 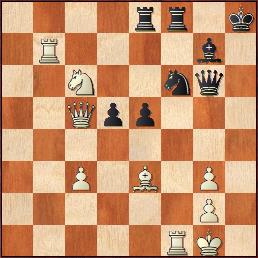 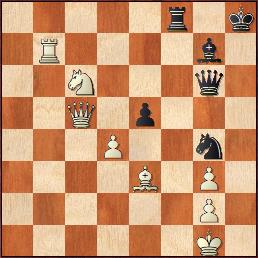 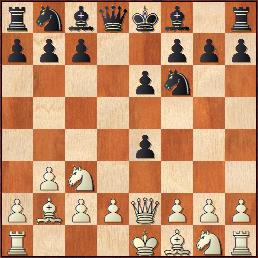 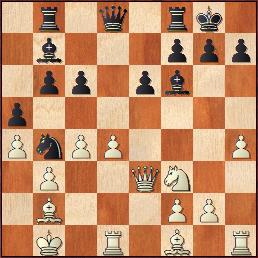 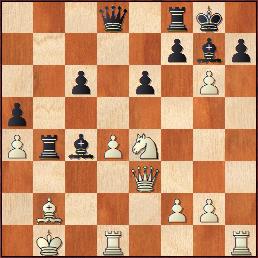 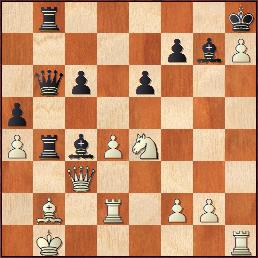 21st Henry Gross Memorial Championship was held on Saturday, February 5th, with 63 players participating across two sections.
The 1800+ section was dominated by the young expert players: two way tie for first place went to Austin Mei and Pranav Satish, with scoring 3.5 out of 4.0. We had a four-way tie for third place with scoring 3.0 out of 4.0, Nathan Fong, Patrick Liu, Aiden Liu and Advay Bansal. Special congratulations to Pranav Satish and Rohan Rarajam, who broke the 2000 rating during this tournament!
James Bowen claimed the first place in the under1800 section with a perfect score of 4/4, crossing the 1800 rating. Sole second place went to Sebby Suarez, who broke the 1600 rating with his weekend performance. He is now officially qualified to play up to the 1800+ section! Six players tied for third place with 3.0 out of 4.0 points, among them notable mention an unrated player, Clarke Vandenhoven, who landed at 1680 USCF with his first ever USCF-rated tournament performance.
Full results along with the PGN files of the Top 6 boards:
https://www.milibrary.org/chess-tournaments/21st-gross-memorial-championship-g45-person
USCF crosstable: http://www.uschess.org/msa/XtblMain.php?202202056082
Congratulations to the winners and our wholehearted gratitude for your continued support of our club and chess community.
Please welcome two of the games from the tournament annotated by GM Nick de Firmian. 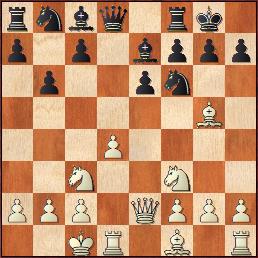 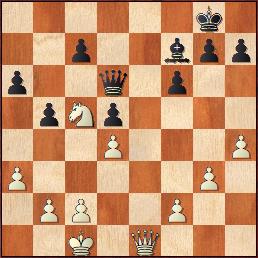 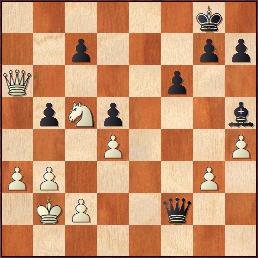 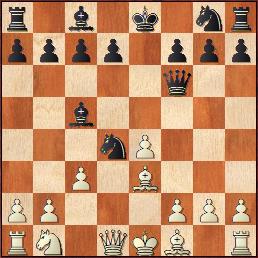 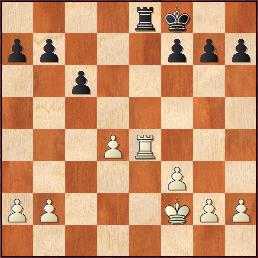 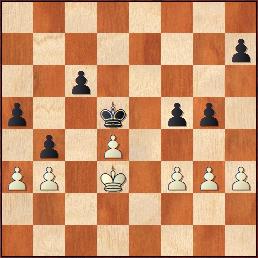 We are starting a new column in which we are profiling our club players. In this inaugural piece we would like to introduce DeAndre Stallworth during Black History Month. Please welcome his introduction and say hello to him next time you see him in the club! 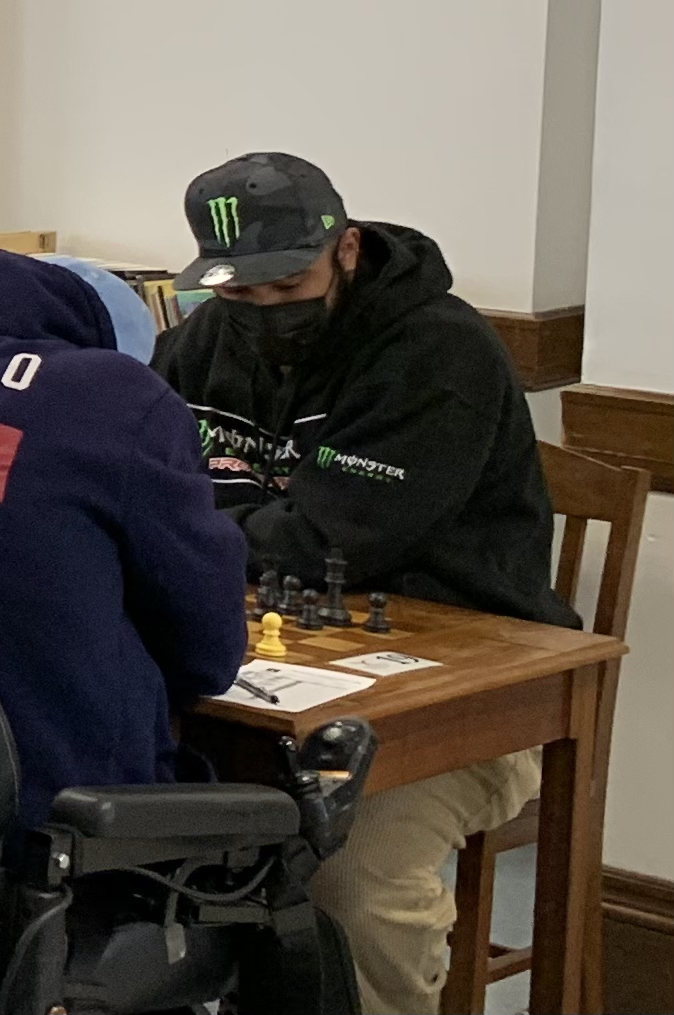 My name's DeAndre Stallworth, I am 26 years old and I was born and raised in Las Vegas, Nevada.
I first learned the game of chess my Junior year in HS (pretty late for some) after leaving a lifelong venture with basketball. I was introduced to the game through my English and Science Teachers at the time, who were also the chess team coaches. I would hang out with them and a few friends during lunch and they were kind enough to encourage me to play and teach me the game. My Junior to Senior year "summer" was dedicated to chess and I was able to come back as a Senior and play 2nd board on our Varsity Team. Some very fond memories. I stopped playing the game completely for about 6 years, and picked up the game when I moved to Oakland circa October 2019.
My favorite piece would probably be the Knight. But I must admit, I have a certain love for the pawn though. I admire the way the Knight is unique, it has a cool personality.
My favorite player(s) would have to be Alexander Alekhine, I really love his collection of best games. Petrosian, Karpov,  Yasser (of course) and IM Kassa Korley are all very enjoyable to either study / watch.
I first heard of the MI through word of mouth from another chess player at a small Oakland chess get together where we played for fun. They mentioned that there was a marathon on Tuesdays and I thought it would be a great idea to check it out. Grateful for that.
I think that club's for chess should be kept alive and invested in because it brings a community together. There's no denying that chess can be very hard, and with anything that is 1v1 it can be humbling. But more importantly, it can be a huge support for mental health, a great way to reinforce analytical thinking and effective problem-solving for the youth, it allows for creativity and growth and brings many people with potentially remarkably different upbringings together. And of course, it is very very fun. Thank you so much for keeping MI going, I believe we need it more now than we have ever before.

Mate-in-3 with white to move. 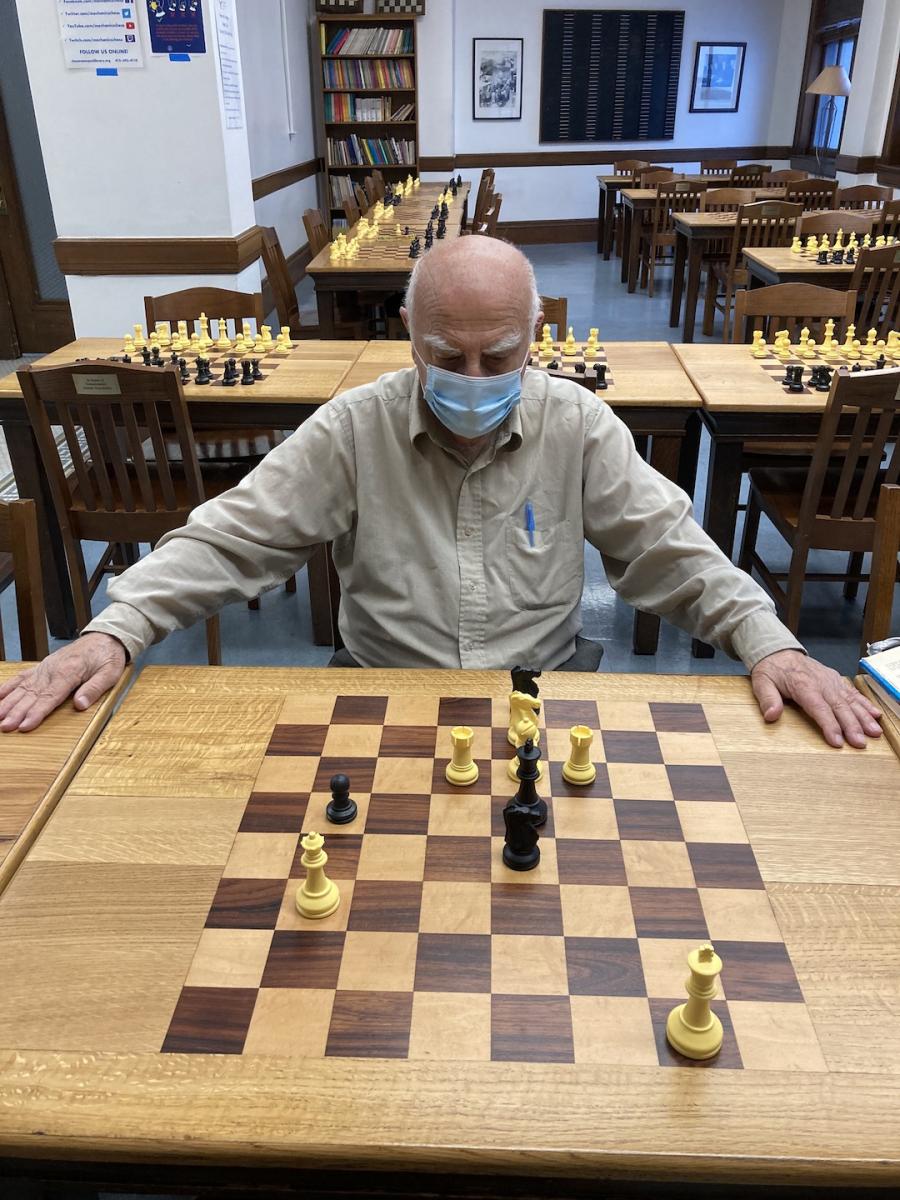 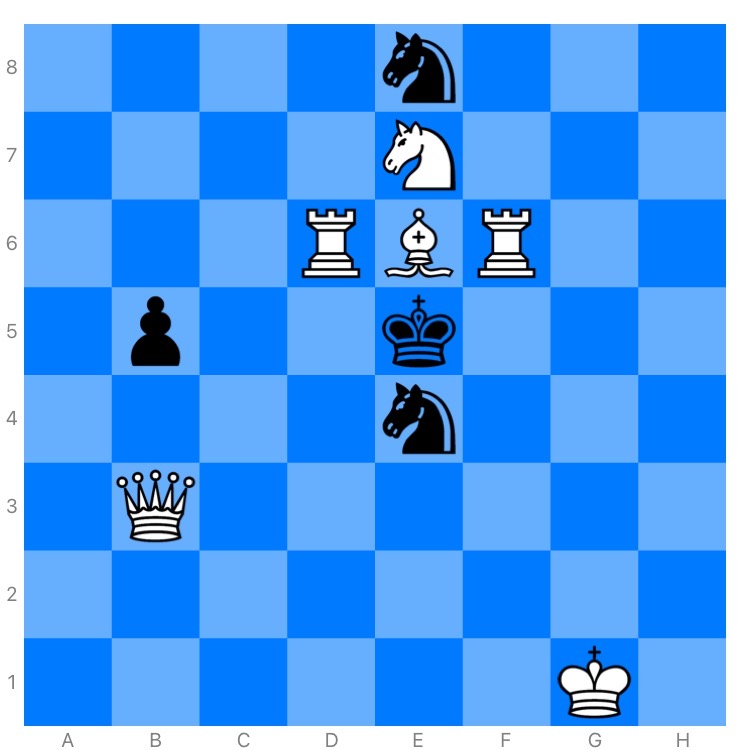 No sooner had World Champion GM Magnus Carlsen gained a precious 3.1 rating points from Tata Steel Masters, when he turned around and lost it all – and then some – by drawing IM Geir Ostmoe in the Norwegian League a week later:
https://chess24.com/en/read/news/carlsen-suffers-hiccup-on-hunt-towards-2900
Yury Averbakh is the World’s Oldest Grandmaster, and then some – he just turned 100!
https://en.chessbase.com/post/congratulations-yury-averbakh-turns-100
Made with 11 pounds of 14 karat yellow and white gold and selling for a cool million dollars, here’s your chance to buy a one-of-a-kind chess set from Windsor Jewelers:
https://instoremag.com/1000000-chess-set-offered-for-sale/
WGM Sabina Foisor explains that the life of a chess professional is not completely glamourous:
https://news.stlpublicradio.org/2022-02-04/on-chess-living-the-dream-and-reality-of-a-professional-chess-player
Like to mix and mash up your games?  Try out some 3D printed Pokemon chess sets:
https://www.dualshockers.com/fan-3d-prints-awesome-pokemon-themed-chess-sets/
Are you a CEO that’s looking to improve your biz?  Try holding a workplace chess tournament:
https://ceoworld.biz/2022/02/08/the-business-case-for-chess/
Is Russian President Vladimir Putin a chess master or not?  The debate rages on:
https://foreignpolicy.com/2022/02/05/putin-chess-metaphor-russia-ukraine/
The love of chess runs deep in this family from the Philippines:
https://www.philstar.com/sports/2022/02/08/2159409/concio-sisters-chess-opportunity-and-way-honor-their-father
An article that asks if chess should become an Olympic sport:
https://www.theglobeandmail.com/life/article-should-chess-be-included-in-the-olympic-games/
This article posits that Vladimir Putin is actually using judo, not chess:
https://www.marketwatch.com/story/overconfident-putin-is-practicing-judo-when-he-should-be-playing-chess-11643901699
The low-down on the top earners in chess right now:
https://www.essentiallysports.com/us-sports-news-chess-news-how-much-do-chess-players-make-per-year-are-they-millionaires/
Chess thrives in the London Borough of Islington:
https://www.islingtongazette.co.uk/things-to-do/islington-london-chess-community-grows-in-prominence-8667958
Play chess at a library in Madison, Wisconsin:
https://www.madisonpubliclibrary.org/events/ashman-all-ages-chess-club-1245546
Finally, Marilyn Vos Savant answers a chess question in her popular syndicated column, Ask Marilyn:
https://parade.com/1329246/marilynvossavant/what-are-marilyns-chess-tips/
Chess. It’s everywhere.

There are many things that we have missed in the last two years of the pandemic, but chess games and tournaments are not usually on everyone’s list. That’s because the chess world (and certainly the Mechanics’ Institute) adapted quickly to the new circumstances and introduced high-quality online tournaments. Then organizers figured out how to hold in person tournaments safely, and life seemed normal to chess players.
The one notable player to have not played any classical tournament games in 2020 and 2021 was America’s Hikaru Nakamura. The pandemic may have had little to do with his choice to avoid serious tournaments and only play blitz and rapid games along with his “day job” which is streaming about chess. While some considered him a 'has been' in classical chess with the rise of the young players, lo and behold he has returned to classical play in the current FIDE Grand Prix and shown some of the best form of his whole career. He has a chance to qualify for the Candidates Tournament which is a great surprise. (One rumor is that he would give up his spot to Ding Liren in that case. Naka may reconsider if the surprise happens.) We give two of his games below – they are the same entertaining style we have seen from him in the last 20 years.
(1) Nakamura,Hikaru (2736) - Esipenko,Andrey (2714) [A29]
FIDE Chess Grand Prix 1 2022 | Pool A Chess.com (2), 05.02.2022
1.c4 e5 2.Nc3 Nf6 3.Nf3 Nc6 4.g3 d5 5.cxd5 Nxd5 6.Bg2 Bc5 7.0-0 0-0 This English Opening is a Sicilian, Accelerated Dragon reversed. The extra tempo White has gives him more options. 8.Qc2!? Nf6 9.a3 Nd4?! This looks logical at first site, but Black probably does better with [9...a5] 10.Nxd4 exd4 11.b4! Perhaps unexpected by Esipenko. White now gets an edge from the opening. 11...Bb6 [on 11...Be7 12.Na4 is also some edge] 12.Na4 Re8 13.Nxb6 axb6 14.e3 Typical aggressive Nakamura. 14. d3 would be more calm. White's bishop pair is a plus. 14...d3 15.Qc3 Ne4 16.Qc4 Bf5 [16...Qf6!?] 17.Bb2 Qd7 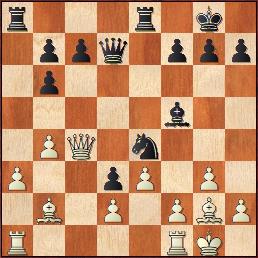 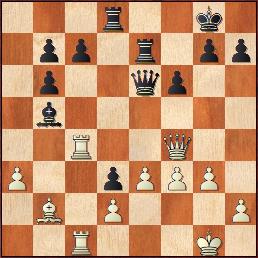 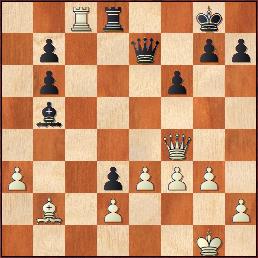 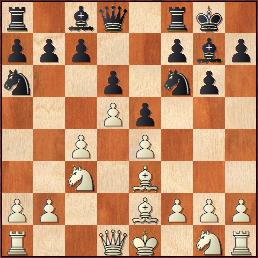 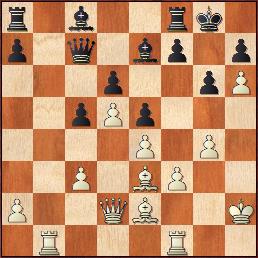 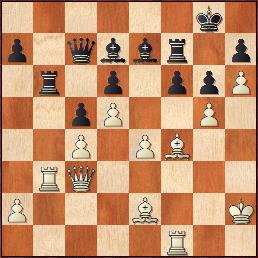 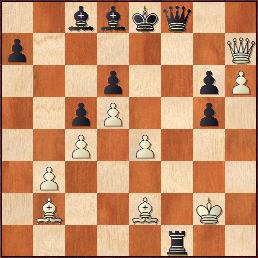 We would welcome any feedback, articles or "Letter to the Editor" piece. Submit yours today through this Google Form:
https://forms.gle/eLfUyg2yFZ3vxgcMA