Too many people in the investment world have bull-market mentalities. They do well when things are going well. In chess you are constantly facing setbacks, and the people who become great players learn to overcome them.

—Grandmaster David Norwood, who later became a multimillionaire as a financial trader.
Interviewed by Dylan McClain in the NY Times—September 29, 2011.

This Saturday, February 8, the Mechanics’ Institute Chess Club will host a memorial for IM John Grefe, from 1 pm to 5 pm, with complimentary food and drink.

Eight players are a half point back, lead by NM Russell Wong.

If you have not yet done so, mark your calendars—The big annual Ray Schutz Memorial Blitz is scheduled for Sunday May 4, 2014.

The new Swiss format will now be made permanent in the Wednesday Night Blitz.

Last week, we had nine players, and the results were

The 14th Henry Gross Memorial G/45 held on February 1 saw an excellent 60-player turnout for the five-round Swiss. Newcomer FM James Critelli, recently settled in San Francisco, had an outstanding debut, making a perfect score including this last round victory over IM Ricardo DeGuzman who was trailing by half a point, having been nicked for a draw in round four by NM Paul Gallegos.

This takes some of the pressure off Black. 22.Bb5 looks more precise.

Tying for second at 4½ points were FM Henning Silber (win over Gallegos in round 5) and 13-year-old Master Siddarth Banik (win over Expert Jamieson Pryor). Howard Shan, who tied for the under-1800 prize, had an excellent result, drawing FM Silber and defeating Expert Jerome Sun. The top rating-gainer was Aaron Thompson, who picked up roughly 80 rating points in winning the top under-1400 prize with a 3-2 score.

In those early 1970s that Jeremy Silman recalls, Dennis Fritzinger and I had rooms in a house a few blocks from Dennis Waterman and Grefe. We were all part of a remarkable chess scene. This was long before the Internet and computers in chess, and it mattered a great deal to have other strong players around, at least if you wanted to get really good. Otherwise chess becomes just a fantasy game: you can play this way or that way, it doesn’t matter, unless you have an opponent who can show you otherwise.

Grefe and I spent a lot of time together studying chess and playing blitz. Of course there were quite a number of other strong players we sparred with as well, Julio Kaplan for one. Walter Browne moved to Berkeley around that time. I wouldn’t say Grefe and I were friends; more friendly rivals, and mutual training partners. We got along fine, and ran in some of the same crowds. He was unmistakably unique, Mr. Grefe.

Trevor Hay was a young Australian chess master whom Dennis Fritzinger and I met one night at the weekly Mechanics blitz tournament. Fritz and I invited him to stay with us, and he did. He was on the first leg of a planned world trip: from Australia to San Francisco, to New York, and then to Europe, I believe to play for Australia in the Chess Olympics. As I recall, one thing led to another, Berkeley and San Francisco had their charms then as they do now. And there was that great chess scene happening. Trevor never made it past California; eventually he turned around and headed back home to Australia.

But that’s another story, and Jeremy is so much better at telling stories. I bring up Trevor only because of something he said to me one day. I don’t remember the exact words, but I can readily paraphrase. The message was completely clear.

Trevor was similarly spending his time with the various chessmasters around town.  And one day, completely out of the blue, Trevor looked me dead in the eye and said:

“Jim, you are not bad.  But Grefe, he is a strong chessmaster.

My fellow chess players will understand that I was rather taken aback by this… after all, I was a talented young player, and had already by then quite a decent resume of chess accomplishments, though both Grefe and I were basically still young and untested.  But certainly I could not entirely agree with Trevor’s sentiments … and to think, he was crashing at my place, not at Grefe’s and Waterman’s!  Some kind of loyalty!  But, OK, everyone is entitled to their opinions.

Shortly thereafter, Grefe and I were both invited to the 1973 US Championship in El Paso, Texas, the strongest and most notable event for either of us up to then, though the Lone Pine events had just begun.  Except for Fischer, almost all the famous New Yorkers would participate, who had been at the top of US chess since the 1940s.  Trevor must have been one of the very few who was not astonished at the result:

Editor – Two of the famous chess hangouts of the Berkeley/Oakland chess scene in the late 1960s and early 1970s were Hardcastles (2516 Telegraph) and The Loft (5422 College). John Grefe lived at 2206 Haste (apt. 19) while working on the Lone Pine 1972 tournament book he wrote with Dennis Waterman, assisted by others, including Dennis Fritzinger.

The following game is a good example of John Grefe’s excellent tactical feel. 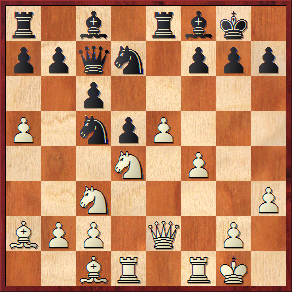 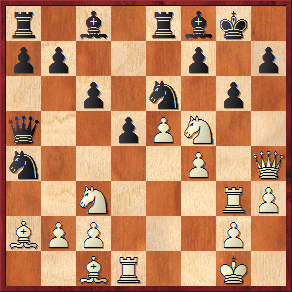 Black had to sacrifice his queen but the compensation for it looks very good after 25…Nxc3 26.Bxb6 Ne2+ 27.Kh2 axb6 when White has two rooks and a knight hanging. Now White has a very strong blow that effectively ends the game.

The venerable Marshall Chess Club will celebrate its 100th birthday in 2015 and its continued existence is testament to the importance of a chess club owning its own home if it wants to survive. Its sister club, the Manhattan, was founded much earlier back in 1879, but forced to close its doors in 2002 after endless moves during its existence.

Today the Marshall is pretty much the only chess club in Manhattan. Go back forty years and there were over a half dozen other choices including:

Places to play were not the only favorite spots of chess players dying off in NYC the past forty years. Specialized places to buy chess books are almost extinct in 2014. Back in the golden days of 1972 there was Walter Goldwater’s store and the Four Continents Bookshop, where Bobby Fischer bought his Soviet chess literature. Then of course there was the legendary Albrecht Buschke’s shop in the St. Dennis building at 80 E.11th (also 799 Broadway).

Go back a few years and the U.S. Chess Federation had its offices not only in the same building but on the sixth floor next to Buschke. Go forward to the late 1970s and the St. Denis housed two of the finest places to buy chess books in the United States, as Fred Wilson opened for business in suite #334. Buschke would retire not long after, but Wilson is still open for business more than thirty years later! Pay him a visit the next time you are in New York—his store is but a short walk from the Marshall—or visit him online at http://www.fredwilsonchess.com/.

I had the pleasure of meeting Dan Mayers in 2004 at the World Sr. Championship in Halle, Germany, where he had traveled alone to compete at 82. A unique personality who defined his philosophy as “hedonism.” He gave me a free class in the math of the stock market. As a teenager in NYC chess became his refuge. I later saw him at National Opens; I think last year too. He was a successful businessman and traveled the world at will. He once played at master strength in romantic style and claimed at least one GM scalp.

Magnus Carlsen played against Bill Gates in London on January 24th. The world champion checkmated the Microsoft founder in 9 moves. The time control was two minutes for Gates and 30 seconds for Carlsen.

Congratulations to Bryan Smith, who became Alaska’s first Grandmaster last November. The 33-year-old gives hope to those who were not junior stars in their youth. Smith was only rated 2334 FIDE/2326 USCF in 2004 at age 24, but through hard work and persistence he kept improving and finally reached his goal.

This is how things looked before the start of the Zurich tournament at www.2700chess.com:

On January 21 New York Times columnist Dylan Loeb McClain wrote an article called “Kasparov’s Moves in Run for Chess Office Raise Ethical Concerns”. It claims the following: “Kasparov and Leong negotiated a deal in which Ignatius Leong would help Kasparov’s presidential run in exchange for $500,000, according to a draft contract reviewed by The New York Times. Kasparov also agreed, after his election, to open a new federation office in Singapore, to be run by Leong, for which he would be paid an undisclosed amount.”