In chess so much depends on opening theory, so the champions before the last century did not know as much as I do and other players do about opening theory. So if you just brought them back from the dead they wouldn’t do well. They’d get bad openings. You cannot compare the playing strength, you can only talk about natural ability. Memorization is enormously powerful. Some kid of fourteen today, or even younger, could get an opening advantage against Capablanca, and especially against the players of the previous century, like Morphy and Steinitz. Maybe they would still be able to outplay the young kid of today. Or maybe not, because nowadays when you get the opening advantage not only do you get the opening advantage, you know how to play, they have so many examples of what to do from this position. It is really deadly, and that is why I don’t like chess any more.

—Bobby Fischer, in his last radio interview in Iceland in 2006

This Saturday and Sunday the Mechanics’ Institute Chess Club will host its annual Carroll Capps Memorial.

The Fall Tuesday Night Marathon started this Tuesday and runs through December 16. The eight-round USCF- and FIDE-rated Swiss takes a break on November 11 to observe Veterans’ Day. It’s still possible to enter the event with a half-point bye for round one.

The Millionaire Chess Open, organized by GM Maurice Ashley and Amy Lee, was held October 9–13 in Las Vegas. 129 players competed in the top section of this tournament, which had a total prize fund of $1,000,000. The first prize of $100,000 went to the tournament’s Elo-favourite, GM Wesley So, who is now rated number ten in the world.

The tournament had an unusual format—after seven rounds four players qualified for the rapid chess playoff, and the Mechanics’ Daniel Naroditsky almost made it.

Grandmasters Daniel Naroditsky and Sam Shankland tied for fifth at 6½/9, and each received $3,334 for their fine results, Daniel gaining 15 FIDE rating points to go to 2616 and Sam 5 FIDE points to go to 2640.

Shortly after the Millionaire Open Daniel played the following game, which earned the US Chess League’s Game of the Week honors for him and his opponent.

Black has many choices here, including 8...g5, 8...a5; 8...cxd4 9.cxd4 Nb6, 8...h5, and the main line, 8...Qb6 9.Re1 cxd4 10.cxd4 Nxd4 11.Nxd4 Qxd4 12.Nf3, where White gambits a pawn for long-term pressure. The text, releasing the pressure from the center, has long been thought bad, but Holt is noted for his meticulous preparation. Yasser Seirawan played this in the 1990s—but only against computers. His idea was to aim for blocked positions where long-term strategic planning was paramount.

Daniel threatens Bg5. For his sacrificed pawn he has a good pressure on the dark squares.

Two of the leading engines evaluate this position quite differently. Houdini favors Black and Stockfish White! 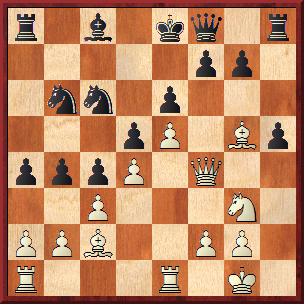 It’s interesting that both engines initially fail to see 19.Nf5, but Stockfish soon warms to the idea. The text is the necessary and concrete way to realize the advantages in his position. Less energetic play would have allowed Black to continue business as usual on the queenside.

The threat of Nd6+ forces the acceptance of the sacrifice.

This opens lines and prepares Qc7, hitting both of Black’s knights. 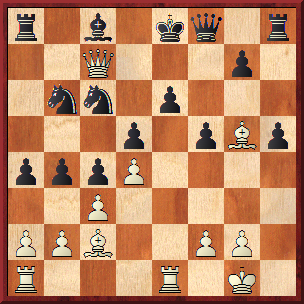 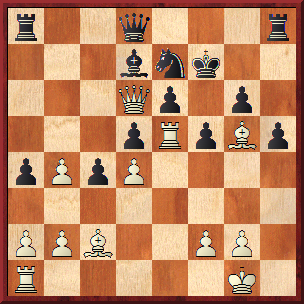 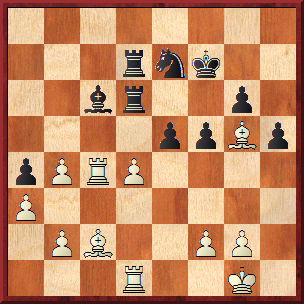 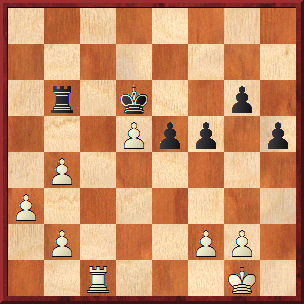 38.Rc5 g5, and it is hard to see how White can makes progress, as the queenside pawns cannot be mobilized and the king has trouble being activated. 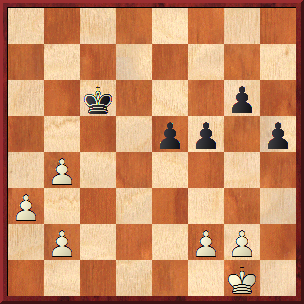 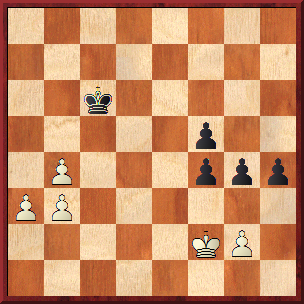 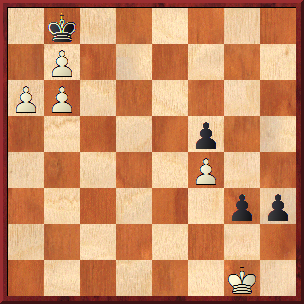 Daniel Naroditsky is playing in the 2014 Spice Cup being held at Webster University. Go to susanpolgar.blogspot.com for more information.

A former Candidate for the World Championship and a member of the gold-medal-winning 1978 Hungarian Olympiad team, Andras Adorjan was also an instructive and entertaining annotator known for advocating Black’s chances.

Andy Ansel has rescued Adorjan’s notes to his game against one of the legends of Hungarian chess, Gedeon Barcza. The latter is probably best known for his crushing defeat of Vassily Smyslov in the 1956 Olympiad using his pet system 1.Nf3 d5 2.g3 Nf6 3.Bg2 Bf5 4.c4, which is still popular to this day.

Here Adorjan gives a lesson in how to play the Botvinnik pawn triangle (c4, d3, e4) with colors reversed.

It is hard to call this move a “winning attempt”, but it is surely the best way of avoiding the complete symmetry, exchanges and draw that is almost inevitable after 5. ...e6. There is another way of doing it by 5. ...Nh6-f5, but I found that is better for White.

Funny but Black is already better. Search for the improvement for White! Start!

It’s easier to criticize this than recommend something of a real improvement. Fritz 8, “who” is sometimes my consultant, admitted that Black was better in all other variations but 15.f4. Which is of course silly, seeing 15…exf4 16.f4 f5 with the upper hand.

The variations below are partly the fruit of the “Great Three” (Ribli, Sax, Adorjan)—common work of those years.

I cannot help it: Black is not OK! Black is better! 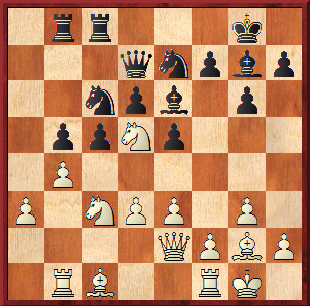 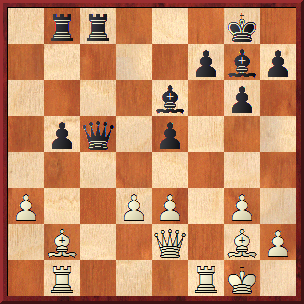 This is killing, as will be clear in just a few moves.

Black is winning in all variations. 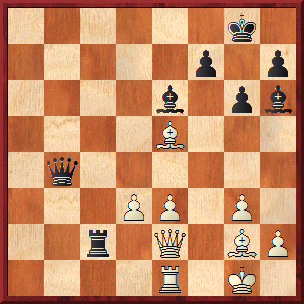 We have a zugzwang now! It may sound incredible, but the handy 29...Bh3? likely blows the whole game.

I shall never forget the last round of the 1974 Student Chess Olympiad in Teesside, England, where the Hungarian team played England for the bronze. Our “last Mohican”, poor Vadasz, was supposed to hold an ending like this against Mestel. I cannot recall for how long this torture lasted (with some breaks), but both of the teams were analyzing the damn position like crazy, sharing their “knowledge” with the players during the pauses (Ed: adjournments), but finally it ended up a draw.

In addition both of the parties came to the conclusion that an ending like this is indeed a draw. But even if you can somehow manage to create an exception it will take 3 days of your short life to win...instead of 3 moves!

From ChessDryad we learn belatedly of the death of Robert Pellerin on August 2. He was a member of the California Chess Hall of Fame (http://www.chessdryad.com/articles/fame/index.htm), from where the following tribute comes.

Robert Pellerin was the co-founder (along with Hans Poschmann) of the Fremont Chess Club in 1968. He became a Richard Shorman student about that time and acquired a very rare 5,000+ chess book and magazine collection; used primarily by Richard as a source for chess lessons and Hayward Daily Review chess columns (RS was given the key to the condo and had use of the library, any time of the day or night.) He also helped fund Richard Shorman lessons and travel expenses for the Fremont Chess Club’s star prodigy, Kenny Fong (NM at 13 years old—1981). He arranged for meeting rooms at the Fremont Library and convinced the Fremont Police Association (he was a Fremont Police Detective) to fund RS lessons and computer equipment for the award-winning Blue Knights scholastic chess team. Starting in the early 1990s, he sponsored unrated tournaments at his Fremont condo, primarily as training for Vinay Bhat. Some of the invited players were Chris Mavraedis, Dave Brooks and Kerry Lawless.