I became enamored with chess at a very young age. You have sort of a whole world inside your head of the pieces. The board becomes a prop—the players stare at the board, but it’s almost incidental.

It’s a very intellectual pleasure. It’s just not accessible to people who don’t understand the games.

—Grandmaster James Tarjan, quoted in an article by John Schlander
in the Greenville Argus-Record, July 6, 1983.

International Master Elliott Winslow and FIDE Master James Critelli are among those with perfect scores after two rounds of the Leighton Allen Tuesday Night Marathon. It is still possible to enter the 86-player nine round event with half point byes for the first two rounds.

From round 2 of the Leighton Allen Tuesday Night Marathon:

A memorial for six-time U.S. Chess Champion Walter Browne will be held on Saturday, August 15, from 1 to 4 pm. Light refreshments will be served. All are invited to pay their respects. Those planning to attend are encouraged to RSVP the Mechanics’ Chess Club at [email protected].

Grandmaster Timur Gareev will give a free lecture at the Mechanics’ Chess Club on Tuesday, September 1, from 5:15 pm to 6:15 pm. All are welcome to attend.

Congratulations to Andy Lee of Berkeley, who is the Bay Area’s newest Senior Master (2400 USCF) after his win at the Hans Poschmann Memorial held in Fremont July 25–26.

Walter Browne was one of the great games players of his generation. His chess and poker skills need no recounting, but Walter was also a strong backgammon player and quite competitive at Scrabble. He also invented his own game, Finesse, something he was working on as early as 1991 and possibly before. What will happen to the game with Walter’s passing is unclear.

Bay Area chess player Matthias Grabiak, who did much to help Walter with Finesse, writes:

Sadly, I had just finished a prototype for a site that allows playing Finesse online, see http://www.grabiak.net/playfinesse (feel free to check it out) and Walter was starting to check it out. He told me he wanted to challenge a friend to a game, but it looks like he never got to that. In addition to the interactive site I also started to develop a standalone program. At this stage it can be used to record games.

I also created all 5 piece tablebases—they take more space than the tables for chess, and I also have not added any compression to make them smaller. The stand-alone program can be used to analyze endgames with 5 or fewer pieces, it will tell you if it is a win, draw or loss, how far away it is from mate, and what the best moves are, either shortest number of moves to mate, longest number of moves to avoid made, or moves to maintain a draw. I was able to share a few interesting positions with Walter, and he was quite interested to see these results. It probably showed him things about Finesse he did not know.

Washington FIDE Master William Schill was the surprise winner of the 20th Pacific Coast Open held mid-July in Southern California. The 58-year-old Schill, Washington State Champion in 2000 and 2001, showed that chess is not only a game for kids as he won the 221-player event scoring 5 from 6 with wins over International Master Kesav Viswanadha and 2354 rated Albert Lu and draws with Grandmaster Enrico Sevillano and Senior Master Tatev Abrahamyan.

Harper’s Magazine, volume LXXVI, December, 1887, to May, 1880, contained on pages 621–624, Henry Sedney’s “Chess in America”. It shows portraits of Morphy and Mackenzie and lots of other historical information.

Chess players used to airport hotels will have the opportunity to play in quite another venue this fall. The 2015 Sioux Falls Open on September 26–27 will be held at the Great Plains Zoo. Organized by De Knudson and directed by Grandmaster Alex Yermolinsky, the tournament features over $2000 in prizes with only a $20 entry fee (which includes admission to the zoo). Go to http://www.sdchess.org/index.php/upcoming-events4 for more details.

Andy Ansel and Fred Wilson pass along two lost games of Igor Ivanov found in a notebook of the late Bruce Albertston.

A study in Black and White. 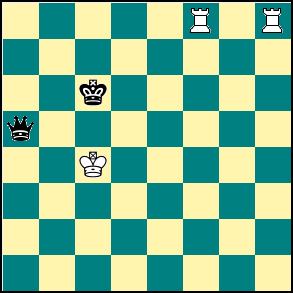 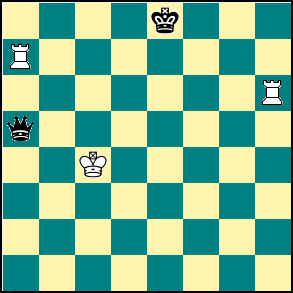 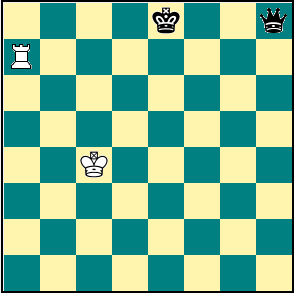 and White will pick up the queen next move.

This study was composed by Harold M. Lommer in 1947.