How did the time spent in the USSR help your chess? Do you see yourself as a member of the Soviet Chess School?

Yes, of course, the fundamentals come from that time. Although I was fourteen when our family moved to Israel, it was the background received in the USSR that contributed largely to my chess career. As for the Soviet Chess School—opinions vary: what does it mean exactly? In my opinion it is more about a serious profound approach to chess, and maybe about deep professional preparation, rather than a playing style. And in this regards, even players who never lived in the USSR/Russia, like Anand or Caruana, can be also considered as heirs of the Soviet Chess School legacy...

Natalya Tsodikova, who made plus scores in the 1995 and 1996 U.S. Women’s Championship, showed her old form this past Tuesday as she defeated tournament leader Uyanga Byambaa in round eight of the Leighton Allen Tuesday Night Marathon.

This leaves a half-dozen players competing for the top prizes with one round to go. Byambaa, Tsodikova and International Master Elliott Winslow lead, with 6½ from 8. Top seed National Master James Critelli (2376) and Experts Josiah Stearman and Peter Grey have 6.

From round 8 of the Leighton Allen Tuesday Night Marathon:

The Leighton Allen is the fifth Tuesday Night Marathon in a row to reach triple digits in attendance.

We believe the Tuesday Night Marathon series, which started in the early 1970s, is the largest week-night tournament in the United States and possibly the world.

Jules Jelinek runs the Wednesday Night Blitz each week at the Mechanics’. Sign-up starts at 6:30 pm and round one begins at 6:40. Late entries are accepted. It will be every Wednesday night (no interruptions) from here on out until Thanksgiving.

The Mechanics’ lost their round five match in the US Chess League to Dallas 3½–½, with only International Master David Pruess drawing (with Black) against junior star Ruifeng Li (2502 USCF at age 14). The team is now at 50 percent mid-way in the season.

Those visiting the Mechanics’ Institute Chess Club during the month of September should not miss the chance to view the display on Walter Browne by M.I. librarian Kevin Coleman. It can be found on the 4th floor just outside the elevator.

One of the many great perks of being a Mechanics’ Institute Chess Club member is having a club that is open seven days a week. Another is having access to a library that has over 1500 chess books and is constantly adding to its collection. Recent additions include:

One of the great bargains in American chess has to be a membership in the Mechanics' Institute. Where else can you find a club open 10 hours a day, seven days a week, plus access to a general interest library that includes over 1500 chess books and over 60 chess DVDs for only $95 ($35 for juniors and students) a year ?

The card game I’ve been working on for 2 years is finally ready, and published. We’re having a launch party for the game this Sunday, September 27th, from 1-5 pm, at Games of Berkeley. Food, drink, chat, show-and-tell, and a chance to try the game. If you’re interested, I’d love to see you there.

The game will become available for order this Sunday.

Agon and FIDE are very pleased to announce a Call of Interest to host the 2016 World Chess Candidates Tournament on March 8–29, 2016.

Eight players will participate in the Candidates Tournament and the winner qualifies for the World Chess Championship Match which will take place on November 9–November 30, 2016.

Prize fund for the event (including the FIDE fee) is EUR 540,000 and estimated costs are ranging from $1.25 million to $1.45 million depending on various factors.

National Master John Blackstone of Las Vegas, who grew up in Saratoga, California, sends along the following game. John played for the United States in the Student Olympiad in 1968, where he made the excellent score of 5½ from 9 as second reserve.

Going into the last round of the 1966 U.S. Junior Closed Walter Browne and Robert Wachtel were tied for first with scores of 4–2 and David Blohm of the Mechanics’ Institute Chess Club and Alan Baisley (then from Hatboro, Pennsylvania, but soon to study at UC Berkeley) were right behind at 3½. Walter came through in a must-win game that does not appear in his book The Stress of Chess.

Final scores: 1. Browne 5 (with one forfeit loss) 2-3. Wachtel and Blohm 4½. This was the first U.S. Junior Closed; prior to this there was only a U.S. Junior Open.

This week’s study has all the action on the kingside. Who deserves to win (or draw)? 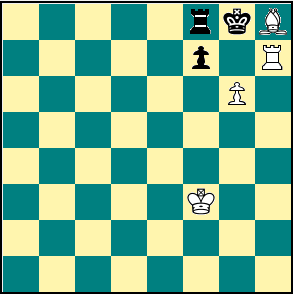 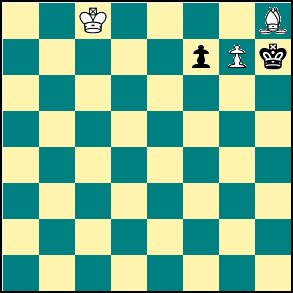 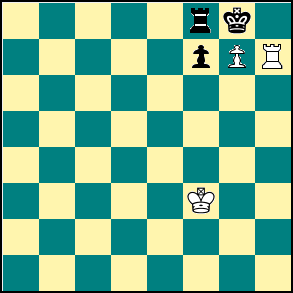 This study was composed in 1931 by Shaya Kozłowski (1910–1943) from Łodz, Poland. He died prematurely, killed in the holocaust. See http://en.chessbase.com/post/liburkin-kozlowski-memorial-composing-tourneys.