Perhaps the most important advice is that if you can’t think of a good plan, at least don’t play a bad one.

—John Nunn, on page 53 of his book Understanding Chess Middlegames.

The 44th Carroll Capps Memorial will be held both days this weekend starting at 10 am on Saturday at the Mechanics’ Institute Chess Club.

Three rounds into the Fall Tuesday Night Marathon four players remain with perfect scores. Tied for first are top seed FIDE Master James Critelli, Experts Igor Traub and Honkai Pan and Class A player Eric Steger. It is still possible to join the 96-player field for the last six rounds of the event with half-point byes for rounds one through three.

Here is a short but very exciting game from round three. It and others played in TNMs past and present, can be found in PGN format and viewed with a game player (for completed events) at www.chessclub.org.

6...Bg4 and 6...a6 (anticipating a future Na4 by White) are considered more reliable, but the text may be playable.

Considered best. 7.Qe2, played by a young Wesley So, is also possible.]

The right move, but the wrong order!

The Mechanics’ advanced in the wildcard round of the US Chess League playoffs, defeating their traditional rival Seattle on Wednesday night. The team was led by victories from Grandmasters Daniel Naroditsky and Vinay Bhat, but the game that ended the match, Uyanga Byambaa’s win, was also very important. She defeated the strong young National Master Bryce Tiglon, who had scored 6½ out of 7 prior to the match. Seattle had 8½/11 on board four in 2015 and Uyanga was the only player who beat them (twice!).

Cameron Wheeler (under 16), Rayan Tagizahdeh (under 14) and Chinguun Bayaraa (under 10) all scored 6½/11 in the World Youth Championships held in Greece. Adrian Kondakov had 5½ (under 8) in his first international tournament. Mechanics’ Grandmaster-in-Residence Nick de Firmian served as one of the American coaches in the event, which just ended.

Wednesday Night Blitz at the club (Mechanics’ Institute) continues without interruption until Thanksgiving. Signup is at 6:30; round one at 6:40 pm. Late entries are accepted.

Last week, we had 8 players; the results were

With Walter’s passing, I thought I would send you an interesting game we played at the 1992 Carroll Capps. Mike Goodall, the tournament director, sent it to George Koltanowski, who published it in one of his daily chess columns in the San Francisco Chronicle.

Simagin’s treatment. In some lines Black can play for …e5, in addition to …c5.

Here we see another idea behind the Simagin—the bishop is chased off the dangerous a2-g8 diagonal, albeit at the cost of decentralizing the knight.

Congratulations to long-time Mechanics’ Trustee and International Master Vince McCambridge on his return to the tournament arena.

Playing in his first tournament in four years, Vince tied for third in the recently-concluded Western States Open in Reno, scoring 4½ from 6, including a win over International Master Vladimir Mezentsev and draws with Grandmasters Sergey Kudrin and Jacek Stopa.

The November issue of Chess Life offers plenty of endgame wisdom, thanks to a pair of Grandmasters with Mechanics’ Institute Chess Club connections. Daniel Naroditsky analyses two tricky pawn endings, including one from his recent practice, in his regular column, while James Tarjan has a six-page tour de force on the endgame of rook, bishop and two pawns versus rook and three pawns (all pawns on the kingside). This ending requires real skill to win (in a few positions, even with best play by the superior side, the ultimate result isn’t clear) and Tarjan does an excellent job explaining its subtleties, in language accessible to a wide range of players, from Grandmasters to motivated 1800s. Incidentally one of Jim’s examples is from a game Daniel played in last year’s Millionaire Open. 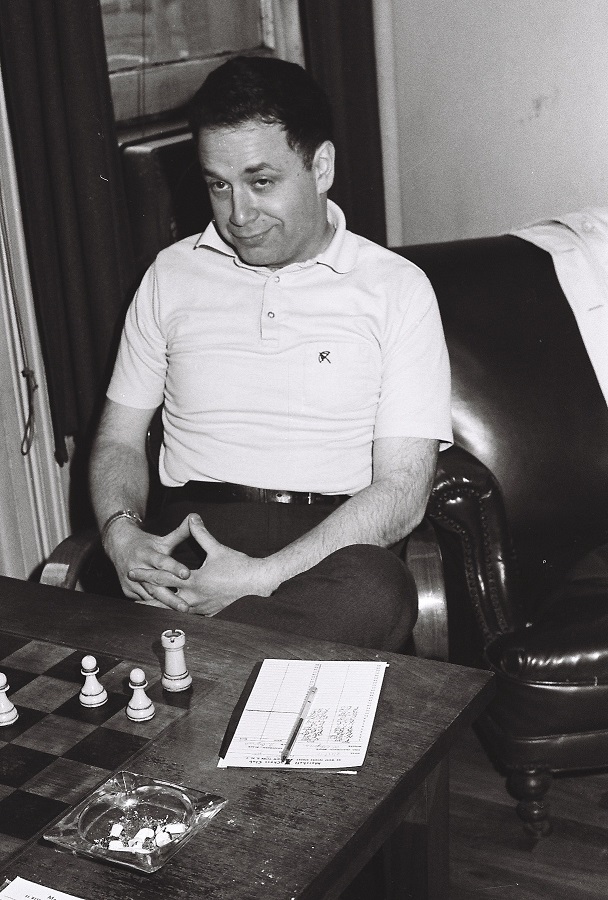 This move is the reason why modern players try to enter the Philidor by the move-order 1.e4 d6 2.d4 Nf6 3.Nc3 e5, but of course this gives White the extra option of heading for a queenless middlegame with 4.dxe5.

8...Nf6 was a reasonable alternative.

The following game was published in the Christian Science Monitor on July 6, 1976, in Frederik Chevalier’s (1907–1988) outstanding column, which ran for over fifty years.

The winner of this game, the late Milan Vukcevich, is the only member of the US Chess Hall of Fame who was also nominated for a Nobel Prize (Chemistry). Thanks to John Blackstone for finding and forwarding this.

Incidentally, Morphy actually stayed in my building (80 East 11th Street or 799 Broadway—same building) which was the St. Dennis Hotel in 1857, and is now a landmark. Also, someone named Lincoln stayed here during the Lincoln–Douglas debates at Cooper Union (nearby) in 1860. However, I don’t think either of them stayed in my 140 square foot room!

There was also a short piece in the last Newsletter about possible lectures Bobby Fischer might have given at the Marshall Chess Club, about which Sam Sloan writes:

You write, “Instead of playing in the Olympiad, which ran November 2–25, the Monitor reports that Bobby was scheduled to give a series of six lectures on Wednesday evenings beginning October 28. Did this actually happen? Were they taped or did anyone take notes?”

Yes. It did happen and I took the class. This is how I got to know Bobby Fischer well because after each lecture we would walk around Manhattan together until the early morning.

The class cost $20 for six lectures at the Marshall Chess Club. Only about 20 people took the class. I was the only strong player. The others were rank beginners. Some were just learning the legal moves of chess.

Sorry, I did not take notes and I am sure nobody else did either but I still remember a lot of the things Bobby Fischer said.

Editor—Sam spent a considerable amount of time with Bobby from August 1964 (starting after the US Open in Boston) until returning to his studies at the University of California at Berkeley in January 1965. This claim is independently confirmed by Nenad Nesh Stankovic, Fischer’s man Friday during his stay in Serbia in 1992, in his book The Greatest Secret of Bobby Fischer: The Final Truth About the Greatest Chess Player of All Time.

In this study, White must contend with a dangerous passed pawn. 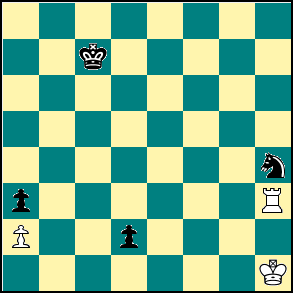 This keeps the white king from g1 and h2, which would avoid being forked by the knight. 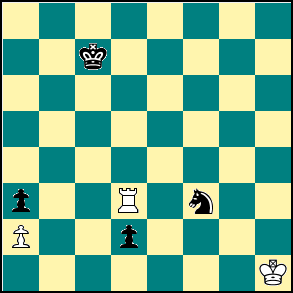 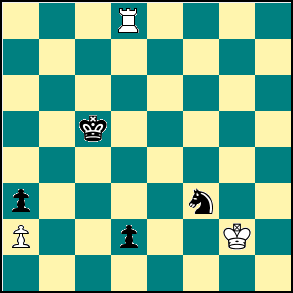 Black to move (analysis, after 4 Kg2) 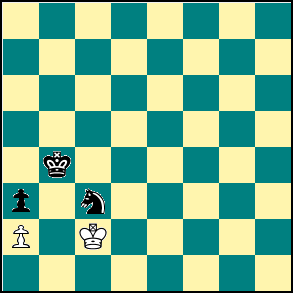 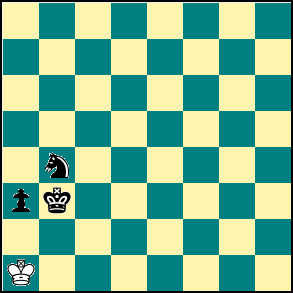 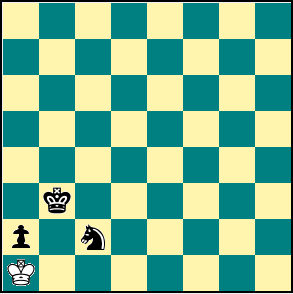 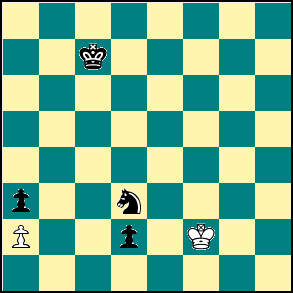 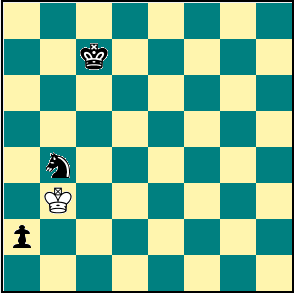 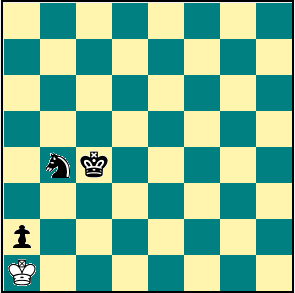 Now Black cannot make progress, since if his king gets closer, it will be stalemate. For instance,

This study was composed by Maurice Ashley for Thanksgiving 2014. A detailed analysis appears at http://sagarteacheschess.blogspot.in/2014/12/maurice-ashleys-thanksgiving-study.html.