FIDE Master James Critelli and Expert Igor Traub are the only remaining perfect scores after four rounds of the Fall Tuesday Night Marathon. Five rounds remain to be played by the 96 contestants.

From round 4 of the Fall Tuesday Night Marathon:

The Mechanics’ 2015 US Chess League run was ended last Tuesday night in the quarter-finals when they were defeated by Western Division top seed Dallas by a score of 2½-1½. Uyanga Byambaa won for the M.I. on board four, defeating her opponent in 22 moves. This was Uyanga’s second playoff win and she finished the season with a 3½-1½ score, good for a 2343 performance rating.

Uyanga was also the winner of the 44th Annual Carroll Capps Memorial. She defeated International Master Vladimir Mezentsev and drew with National Master Siddarth Banik, finishing with a score of 5½-½. Mezentsev was second at 5-1 with Banik third at 4½.

This performance brought Uyanga’s rating to a personal best of 2275, which makes her the top-rated female in the Bay Area, ahead of Woman Grandmaster Nadiya Ortiz (2243), National Master Asritha Eswaran (2239) and Natalya Tsodikova (2164).

Alexander Alekhine and Bobby Fischer were both big believers in finding new ideas anywhere, be it the games of Grandmasters or club players. The following game could have been a perfect example if White had found the interesting tactic 36.Bh7+!. As it is both players get credit for an uncompromising fight.

The immediate 23.Qxa3 was also possible.

Chess can be a hard game! Black has played a great game and understandably wants to win a pawn after all his hard work, but patience was called for. After 34...Nf3! White would be forced to trade minor pieces and his position would soon collapse. Instead White gets an unexpected opportunity.

Grandmaster Jesse Kraai will give a free lecture at the Mechanics’ on Tuesday, November 24, from 5:15 pm to 6:15 pm.

Wednesday Night Blitz at the club (Mechanics’ Institute) continues without interruption until Thanksgiving. Signup is at 6:30; round one at 6:40 pm. Late entries are accepted.

International Master Jeremy Silman has a long association with the Mechanics’ Institute dating back to the mid-1970s, when he moved to San Francisco from San Diego.

One of the few chess writers out there who manage to both entertaining and instructive, Silman’s recent series of reminiscences about famous players he has played and analyzed with is among his best work. His latest piece, on Najdorf, Petrosian and Smyslov can be found at http://www.chess.com/article/view/more-cracked-grandmaster-tales. 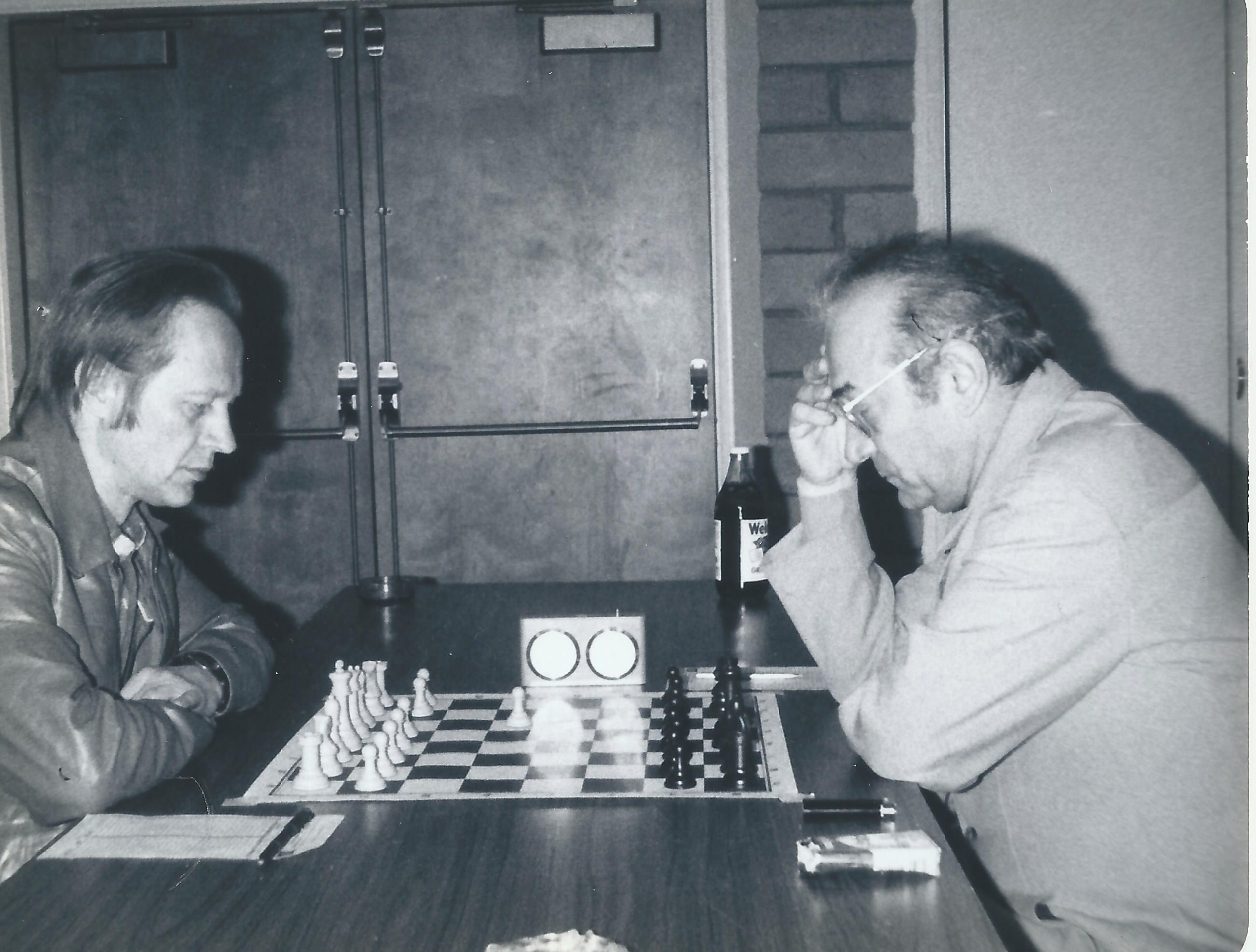 This article, which is taken here from the Illinois Chess Bulletin (1975), notes it originally appeared in the Michigan Chess Bulletin.

EDITOR’S NOTE: Viktor Korchnoi, the fifth-ranked player in the world, gave a lecture and simul at the Chicago Chess Club in February. Club member Jim Warren recorded the lecture. He and Helen Warren then transcribed Korchnoi’s words for her APCT (American Postal Chess Tournaments) News Bulletin, a monthly devoted mainly but not exclusively to postal chess. Korchnoi’s lecture is reported here with the kind permission of Helen Warren. She writes; “Korchnoi is an expansively warm person, speaks very acceptable English, and seemed perfectly at ease with his audience. He is also looking forward mightily to his match with Petrosian!”

As to the match with Mecking, I knew the expression that Mecking was one of the “bad boys of chess”; I knew of his fame and when I was preparing I read all the interviews he made. He was not very polite. Generally speaking, he doesn’t know much about courtesy. You know, I’m 20 years older than he, but during the match when, for instance, before the game he was sitting at the table, and I was coming to the board, he stretched his hand toward me, sitting on the damn chair! He could rise up just a little bit—and I was his opponent and 20 years older! During the match, I had on a sit and tie and was properly dressed, but he had on some kind of underwear! And there was an inscription on it, “Café de Brazil.” My second, Mr. Osnos, International Chess Master, suggested I put on my pants and write on them, for instance, “Drink Vodka Moscova!”

In his interviews he (Mecking) confirmed he is one of the strongest players, and that there are only three players in the world now: Fischer, Karpov, and Mecking himself! All other grandmasters are patzers or kibitzers! He confirmed that he knows me, and he says that I am rather strong, but I have a lot of flaws and he knows how to beat me. It was not very polite. By the way, I may say frankly, that I made a mistake, too. Before the drawing of lots, when the pairings were not known, in some interview I said that Mecking is a rather weak player, that he should lose to anybody he meets in the first round. It was my mistake! I did not know that I should play him; and then when it happened that I had to play him, later on I said that I had never made such a statement! I had to prove now that my statement was right; I had to prove it myself!

Mecking grew up in chess very, very quickly, and he learned a lot of things about chess. He knows how to play openings properly; he knows a lot about strategical fight; and it’s true, he learned how to play, for instance, in Petrosian’s style, Fischer’s style, even how to imitate my style, maybe, but he hasn’t his own face in chess, he doesn’t have any new ideas. Maybe I’m not too objective now, excuse me, because I had a very serious match, a very psychological fight, and even now I’m a little bit angry about him! Maybe next time, a month later, I will tell you just the opposite, but now, it’s my opinion that I played badly in that match—I’m not satisfied with the quality of my play.

Well, first of all, I was probably not accustomed to the difference in time and climate between Moscow and Georgia, and also I may say that Mecking is very nervous. He is really nervous! There’s dead silence in the hall, but nevertheless, Mecking complained every day and every hour about some noise in the corridor, some whistle or fan, and so on. And his nervousness transferred to me. I felt that I played much worse than I usually play. I won three games, but it was possible only with the assistance of my opponent—I could not do it myself, you know! That match was a very difficult task for me.

Very often Mecking is compared with Fischer. Now the behavior of Fischer is rather strange, but I’m not inclined to say the same. Fischer had a very difficult childhood, and he is nervous too, of course, but I understand all his deeds, his behavior, and his thoughts, and I can talk to him; I have common subjects to talk with him; but I have nothing in common with Mecking. I don’t understand his behavior. His father is a rich man, and his behaviors that of a very naughty boy, but he is now 22 years old and he has to be responsible for his behavior. When we played, the situation was very nervous. Usually I tried not to be at the board during his thinking, so as not to disturb him; but it was one of the last games of the match, and time pressure was coming for both players. I was sitting opposite him and it was his turn to think and to move, and suddenly he made such a gesture (breathing hard—it meant that I was not to breathe too loud, you know! I became like a mouse during the match; it was difficult for me to play such a match.

Las Vegas national master John Blackstone found an interesting article in the March 24, 1952, issue of the Christian Science Monitor by Mary Hornaday that explains how the Chess and Checkers House in Central Park came to be (previous to it players played outside exposed to the elements).

This one-time home of Bobby Fischer was only built in 1952 after a New York philanthropist gave $38,000. Considering this facility is still going strong 63 years later this was indeed money well spent. It is open November to March: Wednesday – Sunday, 10:00 am – 5:00 pm, except Thanksgiving, Christmas Day, and New Year's Day and April to October: Tuesday – Sunday, 10:00 am – 5:00 pm.

We continue our tribute to the late Walter Browne by publishing more of his games that are not in Mega Database 2015.

Then another from Andy Ansel.

The game is almost over, but the result is in doubt. What would you do? 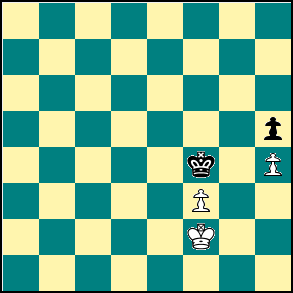 2 Kf1! White wants to get the opposition; for example, White Kf2, Black Kf4, Black to move. 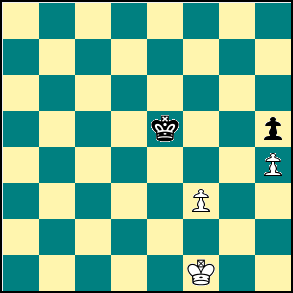 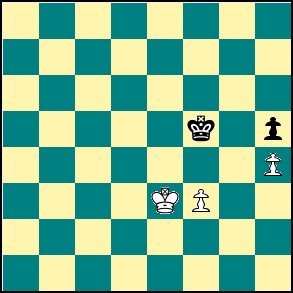 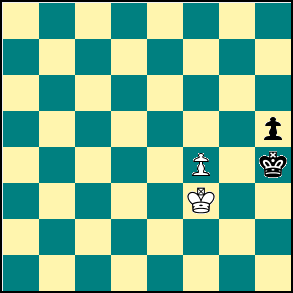 This is the last few moves of Furman–Gerusel, Bad Lauterberg, 1977. A complete and thorough analysis of the entire ending is found in Nunn's Chess Endings, vol 1.