Books are your coach. Botvinnik is your coach. Alekhine is your coach. Having a trainer is good but not everyone can afford it. So many books are available out there, and if you are ready to use your brain then you can learn from them. Coaches will teach you from those very books and charge you money for it. Why do you want to do that?

12-year-old Expert Josiah Stearman is leading the Fall Tuesday Night Marathon after 6 rounds with 5½ points. Trailing him a half-point back are top-seeded National Master James Critelli and Experts Natalya Tsodikova and Igor Traub. Three rounds remain for the 101-player field.

Next Thursday evening, December 3, four-player teams from Dropbox (captained by Renjish Abraham) and TubeMogul (captained by Ashik Uzzaman) will face off in a match played between 7 and 9 pm at the Mechanics’ Institute Chess Club. Spectators are welcome to attend. 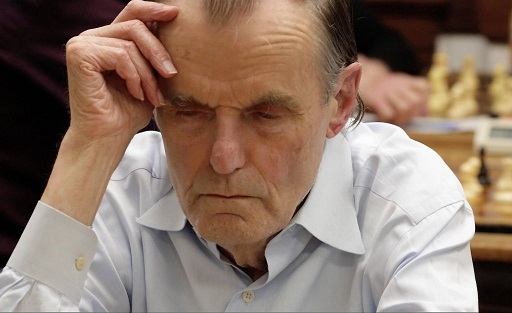 Felix Rudyak and Jules Jelinek tied for first in the Wednesday Night Blitz on November 18. Joe Urquhart was third.

Congratulations to Jesse Kraai, who took first on tiebreaks in the recently-concluded Edmonton International. Joining Jesse at 7½/9 were fellow Grandmasters Enrico Sevillano and Tejas Bakre.

Here is a nice win by Jesse in the style of Tigran Petrosian and the late Igor Ivanov, who won many nice games with 7 d5.

2) The Ultimate Gamesman—Walter Browne (Part One)
by David A. Fryxell

The following article was published in TWA magazine in August 1980, and is one of many excellent pre-Internet articles that cannot be found online. We were lucky to find a copy of the magazine of the defunct airline in the chess effects of the late Walter Browne.

Walter Browne can’t sit still. Beneath the plain folding table with the palin green-and-buff plastic chessboard taped to it, his right leg keeps the beat for some inner music. His knuckles screw insistently into his tenples as though to squeeze out the right move. Hunched over the board, face dark with five-o’clock shadow and a droopy mustache, twitching with competitive frenzy, Browne is the embodiment of the nickname he’s none too fond of: the savage.

If Browne is The Savage, what does that make his opponent, Douglas Root, age sixteen? Root is painfully thin, peering out at the board with puppy-dog-lost eyes masked by thick glasses; he is the kid in your algebra class who knows all the answers, but doesn’t tie his shoes. But it would be a mistake to cast Root as the sacrificial lamb in this drama. In the complicated system of rating strength—where “master” class begins at 2200 points, “grand master” at 2400—young Root is literally at the edge of greatness, with a rating of 2381. Browne, age 31, is rated 2538.

They are playing in what looks like a junior-high cafeteria-rows of tables, plain brick walls. It is, in fact, the town hall of Lone Pine, California, a building constructed as much for chess as for as for civic functions. Forty-three of the best chess players in the world have come to this tiny town at the base of Mr. Whitney to play for $50,000 in prizes, one of the richest purses in professional chess. The tournament is in Lone Pine because the man with the money, the man who built the town hall, is a local resident, an inventor and chess aficionado named Louis D. Statham. It is the sort of town where the green-and-white highway sign at the city limits gives the elevation, not the population. Such is the state of professional chess in 1980 in the United States.

This afternoon, Browne is ahead by a pawn, but twenty minutes behind on the clock. He’s used most of the 150 minutes allotted each player to make 45 moves, and he’s still a long way from the magic 45-move mark. Browne must hurry his game to stave off a forfeit on time, while Root has the leisure of many precious minutes to ponder his position. When Root completes a move, punching his end of the chess clock to start Browne’s time ticking away again, Browne lashes out and maneuvers the pieces as though herding wild animals. He stabs his clock, scribbles his move on the scoresheet, and goes back to thinking, knuckles grinding away.

One opponent has described playing against Browne as like playing chess with an oncoming train. Browne himself has said, “If Bobby Fischer is the god of chess, then I’m the devil. Fischer plays perfect chess. I’m tenacious, tricky, like the devil.” And like the devil, Browne is driven to win, to win at all costs, he says, short of actual physical violence, though one suspects he wouldn’t hesitate to karate-chop the chessboard—or an opponent—if he thought it would help. If it had been Walter Browne instead of Lucifer in Paradise Lost, Milton might have had to write an entirely different ending.

The FIDE website (http://www.fide.com) is one place to look for player’s FIDE ratings (and that includes those playing in the Tuesday Night Marathon). Another, more up-to-date site, is http://www.2700chess.com/. The following list of the top twenty rated players in the Americas as of 11/21/2015 comes from there.

The US leads the way with 11 players, including the top three, and MI members Sam Shankland (#11) and Daniel Naroditsky (#14). Cuba is second with three (Dominguez, Bruzon and Quesada). Peru is third with two (Granda and Cordova), followed by Argentina (Mareco), Brazil (Leitao), Canada (newly-affiliated Bareev) and Venezuela (Iturrizaga).

Andy Ansel provides the following two upsets over 1973 United States co-champion John Grefe. Both were played in the Liberty Bell Open in Philadelphia in different years.

Bonus Event! Rated Blitz Tournament starts at 6:30 pm. It is 10 rounds; you play each opponent twice.
Entry fee: $10
100% of entry fees paid back out in prizes.
Entries: www.berkeleychessschool.org

White’s position is precarious; can he survive? 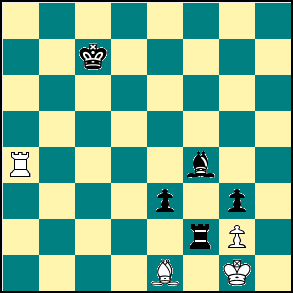 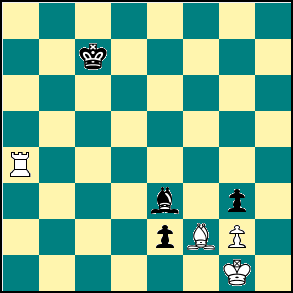 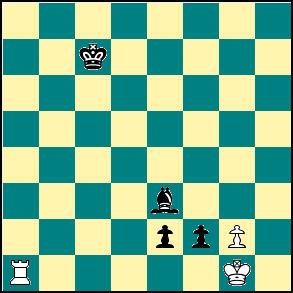 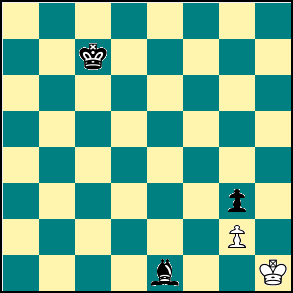 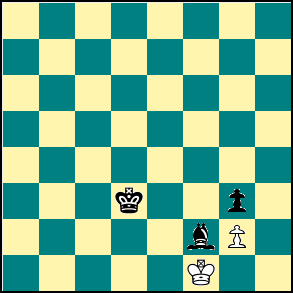 This was the sad (for Voitsekhovsky) ending of the game Voitsekhovsky–Sandler (Riga, 1982), as chronicled by Yakov Neishtadt in his 1990 book Your Move! [the same ending is also found in Build Up Your Chess, by Artur Yusupov (Quality Chess, 2008)].