Undoubtedly, no one possesses the ultimate chess knowledge, but sometimes partial knowledge aided by strong concentration over the board can help us to discover components of knowledge that were previously unknown to us. The more motifs or ideas a player knows, the more likely he is to find what is appropriate for the needs of a certain position.

National Masters Tenzing Shaw and Natalya Tsodikova lead the 131-player Winter Tuesday Night Marathon with one round to go, but anything is possible heading into round eight. The two leaders have 6–1 scores and right behind them at 5½ are International Master Elliott Winslow, FIDE Master James Critelli, National Masters Josiah Stearman and Romy Fuentes and Expert Michael Walder. This might be the most exciting finish for a TNM in recent memory.

Arthur Ismakov won the February 10 edition of the Wednesday Night Blitz, ahead of Carlos D’Avila and Jules Jelinek.

Newsletter 724 contained a tribute to the late Emory Tate. Among those we mentioned who had written about Emory was Dr. Daaim Shabaz who runs the excellent website “The Chess Drum”. However we wrote only about his announcement of International Master Tate’s passing, and not the tribute which appears at http://www.thechessdrum.net/blog/2015/10/21/emory-tate-chess-savant-warrior-1958-2015/. There is information in this tribute that cannot be found anywhere else, so it is essential reading for anyone who wants to know more about this great attacking player. Dr. Shabazz also attended the funeral, writing about the ceremonies and including some touching photographs.

International Master Elliott Winslow leads the Berkeley Chess Club’s Humphrey Bogart Marathon at 5 out of 5 with a round to go. National Master Roger Poehlmann is second, a point back.

Nakamura, Caruana, So, and Krush Confirmed

For the eighth consecutive year, the nation’s top 24 chess players will gather in Saint Louis to compete for the titles of U.S. Champion and U.S. Women’s Champion.

The 2016 U.S. Championship and U.S. Women’s Championship, boasting the strongest fields of American men and women ever assembled, will be held simultaneously at the Chess Club and Scholastic Center of Saint Louis (CCSCSL) from April 13 through April 30.

The U.S. Championship features a headline clash between the nation’s top-three players: Grandmaster Hikaru Nakamura, the top American player and world number seven will seek to defend his title against world number three GM Fabiano Caruana, who is making his first-ever U.S. Championship debut, and GM Wesley So, who is currently ranked No. 10 in the world.  Beyond the three global elite, half of this year’s national championship field are players currently ranked in the top 100 in the world, including former U.S. Champion GM Gata Kamsky and 2014 Olympiad gold-medalist GM Sam Shankland.

The 2016 U.S. Women’s Championship will feature seven-time U.S. Women’s Champion GM Irina Krush, who seeks to maintain her iron grip over an up-and-coming field of American females. Krush’s competition includes IM Anna Zatonskih, the current No. 1 rated American woman, who returns this year after taking last year off due to having a new baby, and two up-and-coming teenagers - 14-year-old WIM Jennifer Yu and 12-year-old Carrisa Yip.

“The U.S. Championships are my favorite events each year. We work hard to promote America’s best players, and many of them feel like a part of our chess family,” said Tony Rich, Executive Director of the CCSCSL. “These players represent an outstanding cross-section of the current state of U.S. chess, creating what is certain to be a fierce competition for our nation’s highest titles.”

The 2016 U.S. Championships will be streamed live daily on www.uschesschamps.com, featuring play-by-play and analysis from the world-renowned commentary team of GM Yasser Seirawan, GM Maurice Ashley and WGM Jennifer Shahade. Live spectators may view the action in the tournament hall and enjoy additional GM-led commentary on-site. Additional event, ticketing and hotel information may be found at www.uschesschamps.com.

About The Chess Club and Scholastic Center of Saint Louis

The Chess Club and Scholastic Center of Saint Louis is a non-profit, 501(c)(3) organization that is committed to making chess an important part of our community. In addition to providing a forum for the community to play tournaments and casual games, the club also offers chess improvement classes, beginner lessons and special lectures.

Recognizing the cognitive and behavioral benefits of chess, the Chess Club and Scholastic Center is committed to supporting those chess programs that already exist in area schools while encouraging the development of new in-school and after-school programs. For more information, visit www.saintlouischessclub.org.

It’s interesting to compare the field for the current US Championship with one held just over 30 years ago. What stands out is how much younger the players are today, with only four over 30. Back in 1975, even discounting Reshevsky (who was 63 in Oberlin), Byrne (who played the best chess of his life 1972–1976) and Benko were 47, and Bisguier was 46. The youngest players in Oberlin was Rogoff, age 22, and Tarjan and Commons, age 23. 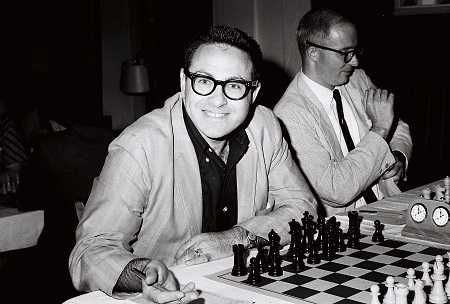 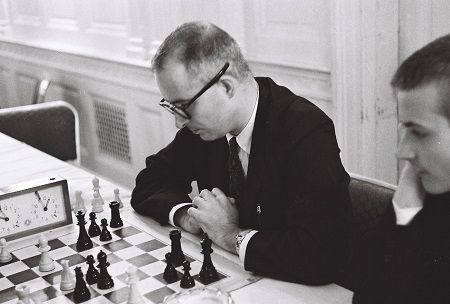 So and Caruana are the same age, but rated in the top ten in the world. Players develop much more quickly now, as they have many more opportunities.

The effect is even more pronounced in the Women’s Championship in 2016, with half the field 16 or younger!

Quotes by Yogi Berra that apply to chess:

It ain’t over till it’s over.

Ninety percent of this game is half mental.

You can observe a lot just by watching.

You give 100 percent in the first half of the game, and if that isn’t enough, in the second half you give what’s left.

This position is a variation from a Candidates’ Final. The pawns are equidistant from their promotion squares, but White has the move. What can Black do? 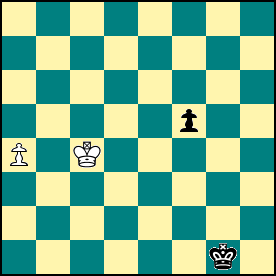 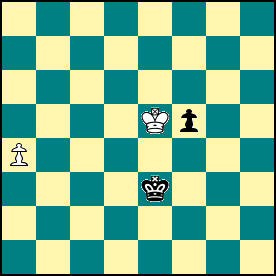 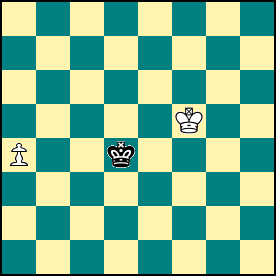 But instead, White began with the only winning move, 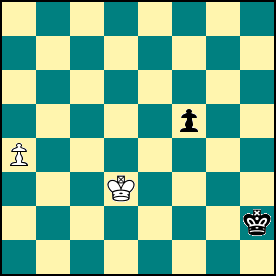 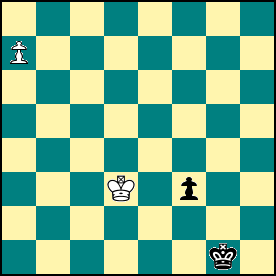 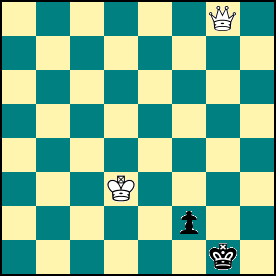 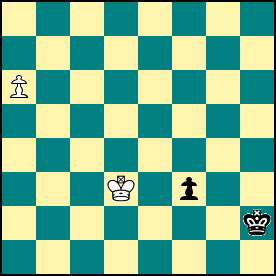 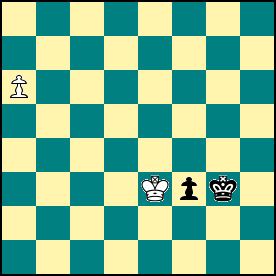 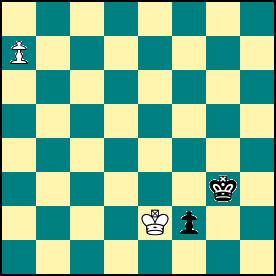 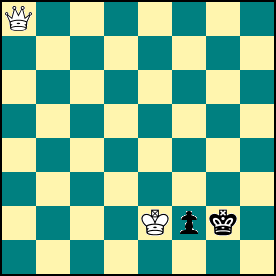 The game was Korchnoi–Karpov, 19th game of the Candidates’ Final, Moscow 1974. When the position shown was possible, according to Karpov, “all the journalists who were present at that moment informed their editors that Black was about to save the game in a study-like way.” The position and analyses appear in Karpov and Gik’s Karpov’s Endgame Arsenal (R&D Publishing, 1996).