Rublevsky is not a sexy player. There are younger and more gifted individuals around and he knows it. Yet he has canniness, which the greenhorns don’t. He does not engage the teenagers on the sharp end of opening theory, testing his ailing memory against the freshness of their computer-assisted analysis. Instead he heads a little off the beaten track —not exactly to the jungle, but to lesser-travelled byways where his experience counts.

International Master Elliott Winslow and National Masters Bryon Doyle and Josiah Stearman tied for first in the Spring Tuesday Night Marathon with 7–1 scores, the three winners dividing $1500. This brings Stearman and Doyle to career rating bests of 2264 and 2218 respectively, and Winslow back over 2300 (2311).

Veterans took most of the class prizes with Oleg Shaknazarov (top under 2200), Steven Krasnov (top under 2000), Charles Cunningham (top under 1600) and Daniel Weingarten (top under 1200) leading the way. The latter raised his provisional rating from 952 to 1609. The 125-player event was the second-best-attended tournament in the history of the Mechanics’ Institute Chess Club. The next TNM starts Tuesday, May 24.

From round 8 of the Spring Tuesday Night Marathon:

Sam Shankland will be playing in the Edmonton International held June 17–26, 2016. Among those participating in the ten-player round robin are Grandmasters Alexey Shirov, Surya Ganguly and Bator Sambuev. Sam will also play in Biel, Switzerland.

Grandmasters Sam Shankland, Surya Shekhar Ganguly and Jacob Aagaard will be teaching at camps run by the Berkeley Chess School this summer.

Grandmaster Daniel Naroditsky will be playing in the Politiken Cup in Copenhagen this July.

2) Mayhem in the Morra

Mayhem in the Morra is the title of an excellent book on the Smith-Morra Gambit by International Master Marc Esserman that received many positive reviews.

While the following game is not theoretically significant, it is an excellent example of the sort of sharp sacrificial attack White can develop seemingly out of nowhere. Two multiple Washington State Champions battle it out in the last round of the 1983 Washington Open in Seattle.

Here 10...Be7 transposes to a more commonly-seen variation, where White can choose between 11.Bf4 and 11.Bg5. 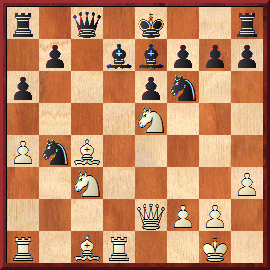 The text is not completely correct (hence the question mark), but extremely difficult to meet over the board. The two exclamation marks are for White’s appreciation of the long-term difficulties Black’s King will face if all the sacrifices are accepted. 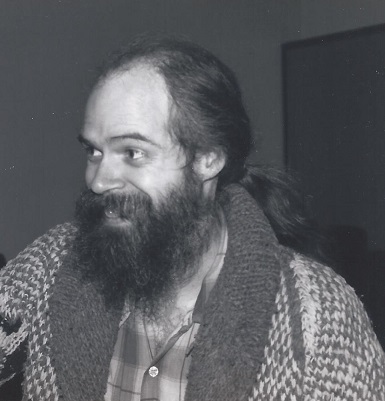 The United States has never been as well-represented on the FIDE top player lists as it is for May 2016. This includes not only the list for the top 100 players, but also for the highest rated women, boys and girls.

In this study, we see why the bishop is better than the knight. Or is it the other way around? You be the judge. 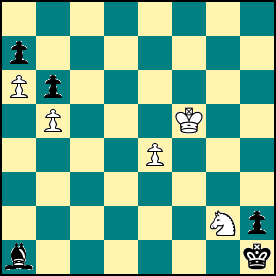 White must sacrifice the knight for the h-pawn Since the knight covers g2, Nf3 will be check after the black king moves to g1. 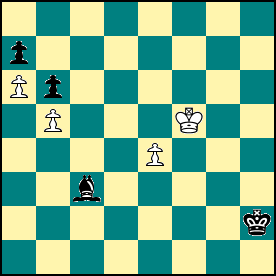 Black can now draw, because he is one move ahead of the main line after 3 ... Kxh2 in that line There he needs one move to bring the bishop to c3, from where it can attack e7. 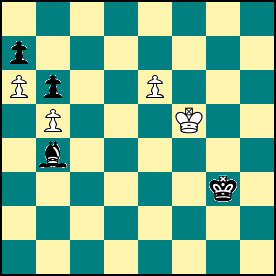 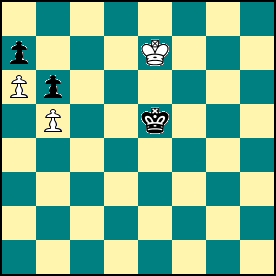 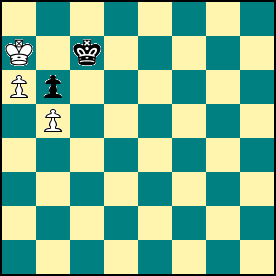 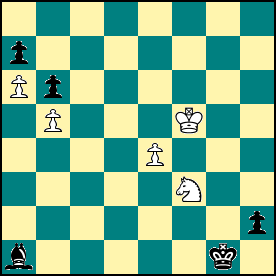 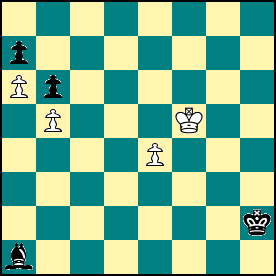 Black cannot afford to sac the bishop here with 4 ... Bxe5, because White will win as follows: 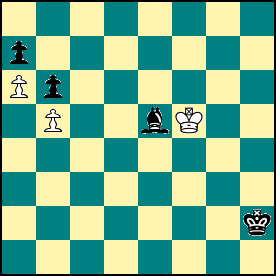 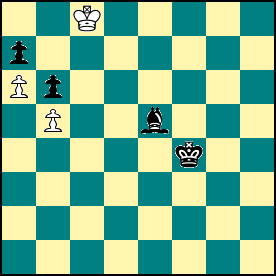 Black to move (analysis, after 7 Kc8)

The shortest path to c7 is blocked by the Be5, costing Black a move. 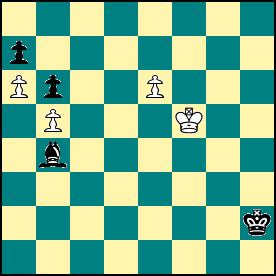 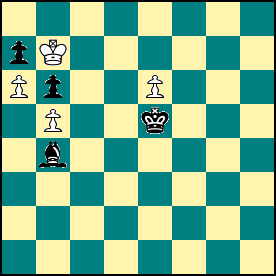 and it looks as if the Black king will arrive in time to pin White in the corner, but 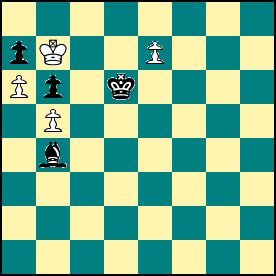 The king blocks the bishop. Black can only choose which pawn White will promote.

This study, by Filip Semionovitch Bonderenko (1905–1993) and Mark Savelyevich Limburkin (1910–1953), won second prize in the All-Union Sports Committee (chess section) 1950. The theme is obstruction: the black king and bishop each block the other at various points.