Possibly with the exception of Karpov, everybody gets into a bad position once in a while, so that's not a reason at all to simply lose them. You also have to find a way to save lost positions and try to win them. If possible.

From round 3 of the Summer Tuesday Night Marathon:

International Master Ricardo De Guzman dominated the 53rd Arthur Stamer Memorial, held June 4 and 5. The former member of the Philippines Olympiad team scored 5½ from 6 to top the 30-player event. Tying for second a point back were Expert Michael Da Cruz and Class A player Derek O'Connor. The latter had a very fine event, defeating Da Cruz, drawing with National Master Paul Gallegos (the only player to draw De Guzman) and losing only to De Guzman in a tough rook-and-pawn ending.

Other top finishers, ending up with 4 points, were Gallegos, Cailen Melville, Daniel McKellar and Alexander Tian Hu (rated 1710, with wins over two Class A players and losses only to De Guzman and Da Cruz). The upset prize winners were Alex Xiao, Nicholas Boldi, Agnes Wang, Ben Michaelsen and Nicholas Ziang, who were all awarded book prizes.

2) US Olympiad Teams for Baku Announced

John Donaldson will serve as captain of the Open team and Yasser Seirawan of the Women’s team. The Baku Olympiad runs from September 1 to 14.

3) Games of William Addison from the Monterey International 1969

Among the treasures large and small in Peter Grey’s chess archives were hundreds if not thousands of scoresheets. These were often passed on to him by George Koltanowski who was constantly receiving chess information in his duties as a tournament director and journalist.

The William Addison Memorial (5 rounds G/45) will be played on Saturday, June 18 at the Mechanics’ Institute Chess Club.

Spencer Van Gelder was a better-known player, but the scoresheet clearly has A. Van Gelder written on it.

This tricky and trappy line of the Queen’s Gambit is associated with the Dutch Grandmaster Lodewijk Prins. 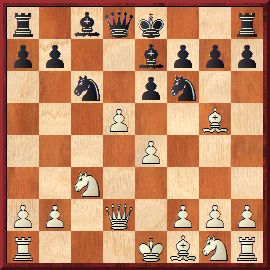 This piece sacrifice is theory. 8...Nxd5 and 8...exd5 have also been tried here. 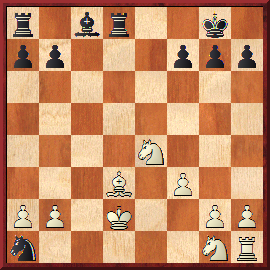 Otherwise White has two pieces for the rook.

If 21...Rd8+ White would almost certainly have varied with 22.Kc1 when the knight on e2 is better placed than on h3 as it allows Nc3 in certain situations.

The game was adjudicated a win for White, who played the endgame with precision. 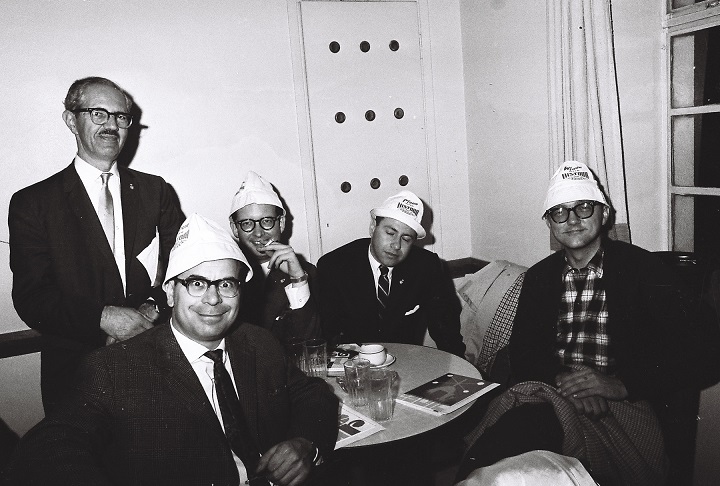 “The major thing separating two chessplayers is not their intelligence ... but rather the quality and quantity of their mental representations (mental shortcuts) and how effectively they use them. Because these mental representations are developed specifically for the purpose of analyzing chess positions ... they’re far more effective for playing chess than simply using one’s memory and logic ... in the long run it is the ones who practice more who prevail, not the ones who had some initial advantage in intelligence or some other talent.”

Ericsson is considered the world’s foremost authority on the new science of expertise. This is a great book which sheds light on how to improve. The major takeaway is that directed practice is the key. He explains this term in detail; for instance, practice aimed at one’s weaknesses.

At the US Open one year a group of Experts and Masters surrounded Larsen, then a top ten. One Master said, “I’m already over 2300 Mr. Larsen, how can I improve?”

Immediately Larsen replied, “What is your biggest weakness?” The questioner said he didn’t know.

Near the end of yet another school year, many students look forward to a relaxing summer vacation. For two local chess juniors, this summer includes a trip to Indianapolis to represent Northern California at the Denker and Barber Invitationals from July 30 to August 2. After five competitive rounds over two days, the results are in.

The Denker http://www.uschess.org/msa/XtblMain.php?201605150882.1 Qualifier (grades 9-12 only) saw five masters and four experts battle for the ticket to Indy. Half of the games were drawn and all but one of the masters finished undefeated. Nonetheless, one player managed to separate himself from the field to take clear first. Congratulations to ninth grader NM Michael Wang for a strong performance.

The Barber Qualifier (grades K–8) attracted 27 enthusiastic and talented participants, including a trio of masters. Alas, all three masters tasted defeat on the first day (rounds 1–3) and were out of contention. In the final round, a fifth grader faced a third grader for all the marbles. The game ended in a draw, allowing fifth grader Balaji Daggupati to claim clear first. Well done.

This position is taken from a Grandmaster game, with the pawn moved from h3 to h2. How would you have played? 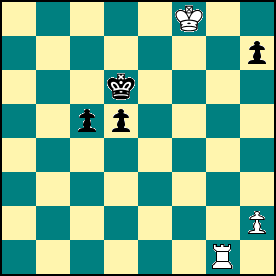 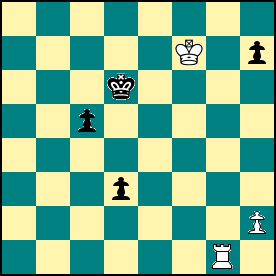 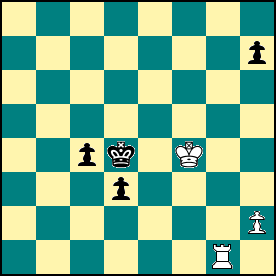 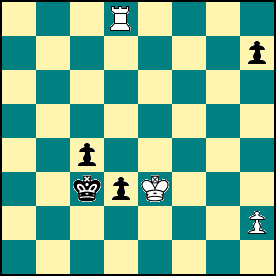 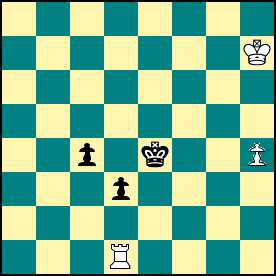 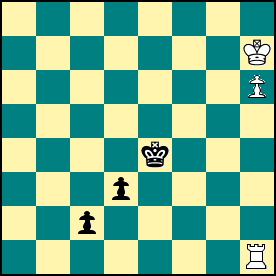 Black to move (analysis, after 8 Rh1) 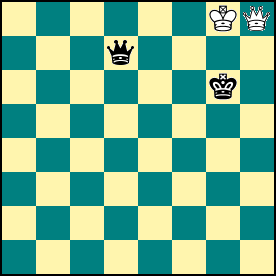 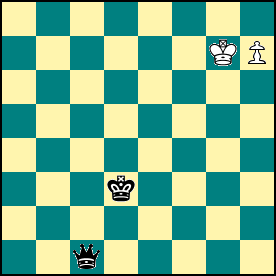 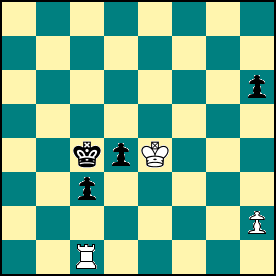 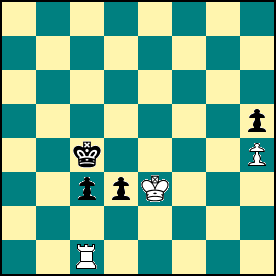 Black to move (analysis, after 9 Ke3) 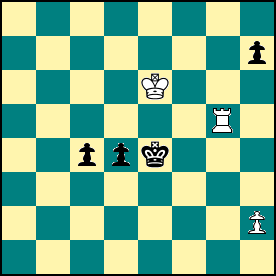 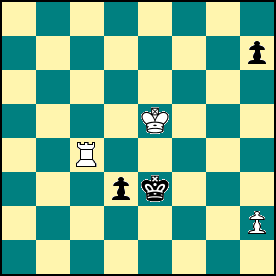 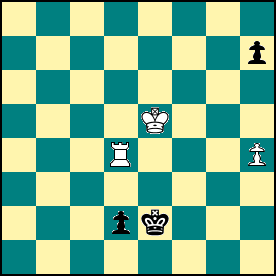 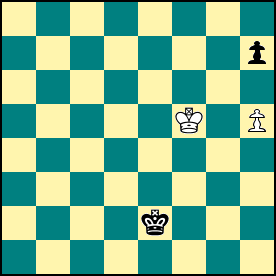 The game was Anthony Saidy–Vlastimil Jansa, Rubinstein Memorial 07th (5), 1969. This position is from The Seven Deadly Chess Sins, by Jonathan Rowson (Gambit, 2000), in the chapter “Materialism”. Rowson says “Clearly, the material factor is not the most important. ... What matters more is time...”.