With the proliferation of strong chess engines, it's become not only easy to analyze your games with them but hard to resist their use. They provide a merciless commentary on the tactics, which we all often miss, but have only a limited connection to what is actually happening when two human beings do battle across the chess board: and often skew the viewpoint of spectators when watching games online.

International Master Elliot Winslow and National Master James Sun are the only perfect scores after four rounds of the 120-player Summer Tuesday Night Marathon, and will meet in round five. There were upsets galore in round four, including Sun’s win over top-rated FIDE Master Andy Lee.

From round 4 of the Summer Tuesday Night Marathon:

The last Wednesday Night Blitz before the summer break (resuming August 31) was held at the Mechanics’ Institute on Wednesday June 8. Arthur Ismakov was the winner, with Jules Jelinek and Derek O’Connor.

The Mechanics’ Institute Chess Club’s new chairs are arriving on June 29. These will mark the first new chairs in over 50 years.

The 11th edition of the Edmonton International runs from June 17–26, with top seeds Grandmasters Alexey Shirov, Sam Shankland and Surya Ganguly. Follow the action at http://edmonton-international.com/.

Noted author, trainer and publisher (Quality Chess) Grandmaster Jacob Aagard will give a special lecture before round 8 of the Tuesday Night Marathon on July 12. All are welcome to attend this free event.

We honor the memory of our friend, GM Walter Browne, by renaming our National Open Championship Blitz after him. Walter started the World Blitz Chess Association (WBCA) and always seemed to be in time trouble. His flag has fallen, but he will always be a champion to us. As long as we run this chess festival and have this blitz, his name will be on it.

Go to http://www.vegaschessfestival.com/side-events/national-open-blitz/ for more information.

3) A Chess Poem by Dennis Fritzinger

The list of individuals honored by US Chess (formerly USCF) this year includes Northern Californian Tom Langland (Tournament Director of the Year). The Sacramento Chess Club was also recognized as Chess Club of the Year.

5) More from the Peter Grey Archives

The following is a missing game from the 1966 U.S. Open in Seattle which turned up in the archives of Peter Grey. White (Elod Macskasy) was born in Hungary and learned his chess there, rising to the level of strong master. He left his homeland after the 1956 Hungarian revolution, settling in Vancouver, British Columbia, where he taught mathematics for many years at UBC. Among those taking his classes were future Grandmasters Duncan Suttles and Peter Biyiasas.

Macskasy’s best results in his new home including winning the 1958 Canadian Open (ahead of Larry Evans) and tying for second in the very strong Vancouver 1975 tournament, behind only the tournament winner Paul Keres (the last event the latter played in). Affectionately known as “the Doc”, Macskasy died in 1990. Numerous tributes to him can be found at https://www.scribd.com/doc/36334967/Elod-Macskasy-Special. 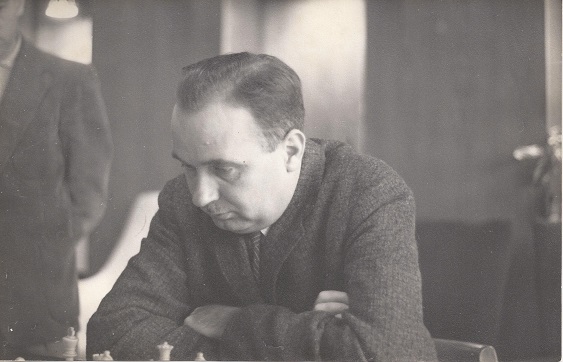 Macskasy’s opponent in the following game, Walter Dobrich of Toronto, was a strong master, and is best known in the chess world for publishing the excellent monthly magazine Chess Canada in the early 1970s.

5...Bxc3 6.Bxc3 Ne4 is the way this position was handled by Hubner and other Grandmasters. 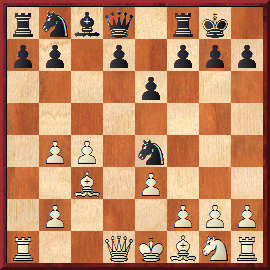 This novelty leads to a brief flurry of tactics that favor White.

11.Qd6 was a strong alternative. 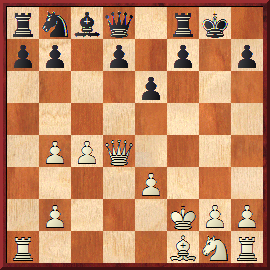 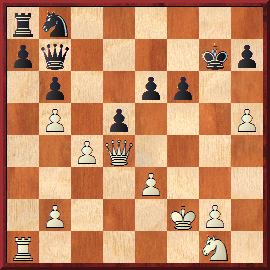 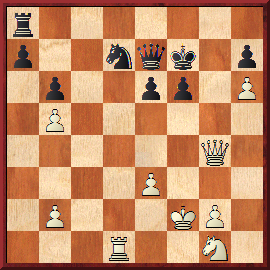 The reigning world chess champion Magnus Carlsen will face a grandmaster named for a former world champion in the next Chess.com GM Blitz Battle on June 23.

GM Tigran L. Petrosian of Armenia bested a field of 99 players in a $5,000 blitz tournament on Tuesday, qualifying to face Carlsen this month.

The 2016 Chess.com GM Blitz Battle Championship is a bracket-style competition with seven online matches starting in April and culminating with the final in December. The total prize pool is $40,000.

Each round, two of the best chess players in the world will play three hours of blitz and bullet chess in a knockout match, with the winner advancing to the next round.

Nakamura, Vachier-Lagrave, and Grischuk have already won their first-round matches on Chess.com to advance to the final four of the bracket. The winner of the Carlsen-Petrosian match on June 23 will face Alexander Grischuk in round two.

Chess.com is broadcasting all matches live with grandmaster commentary on Chess.com/TV and Twitch.tv/chess.

The solution to this study involves a lot of to-and-fro. We’ll leave it to you to determine who is dancing, and why. 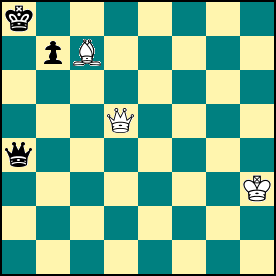 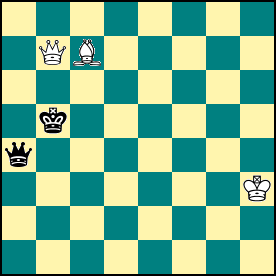 and White has nothing better than a perpetual.

The white king needs a place where it is safe from Black’s perpetual checks, and must get there without being subject to repeated checks

The king is now sheltered from checks, having taken the only safe path from h3 to g5. 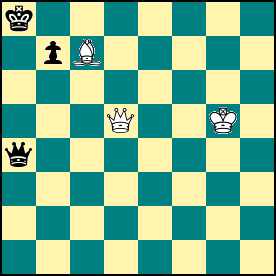 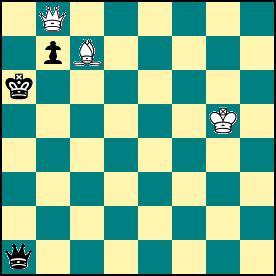 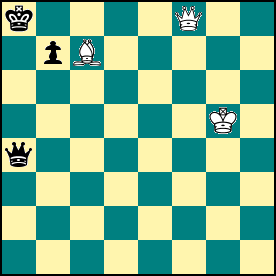 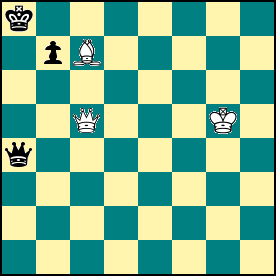 The other alternative, 8 ... b5, blocks the light-square diagonal, so White mates with 9 Qc6+. 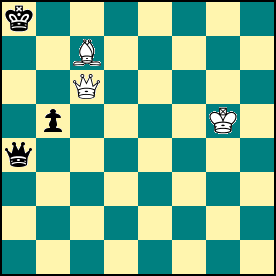 Even if Black did not have to move, White would win by the same strategy as below. 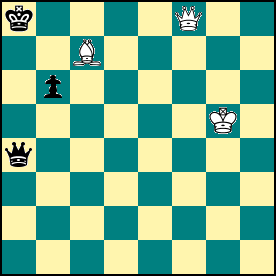 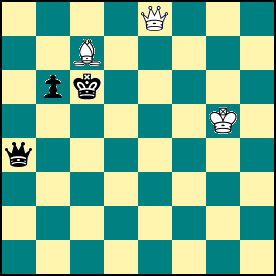 Ladislav Salai is an IM from Slovakia. He composed this study in 1981 at age 20.