If your opponent cannot do anything active, then don’t rush the position; instead you should let him sit there, suffer, and beg you for a draw

National Masters Josiah Stearman and Tenzing Shaw tied for first in the Summer Tuesday Marathon with 7–1 scores, dividing $1250 in prize money, while Steven Gaffagan was alone in third at 6½, good for $325. The victory brings the 12-year-old Stearman over 2300 for the first time (2306) and Shaw is now 2295. The strength of this 127 player-event can be judged by the fact that International Master Elliott Winslow actually gained rating points with his 6–2 score.

There were many noteworthy performances further down. To mention but a few: Sos Hakobyan had a terrific tournament, going from 1866 to 1980, while Lane Erickson advanced from 1477 to 1578. Adrian Kondakov, who is rated 1946 after the most recent TNM, is currently the top-rated player in the country under age 9.

From round 8 of the Summer Tuesday Night Marathon:

Grandmaster Nick de Firmian and FIDE Master Paul Whitehead will be the instructors for the Mechanics’ Chess Camp held July 26–28 (Tuesday–Thursday) from 11 am to 4 pm. Cost is $80 a day. Contact Paul at chessroom@milibrary.org, for more information about this camp, which will feature plenty of individual instruction.

The MI Wednesday Blitz on July 13 was won by Jules Jelinek, ahead of International Master Rost Tsodikov, with David Flores third.

International Masters Ricardo de Guzman and Cyrus Lakdawala tied for first in the 16th Charles Bagby Memorial G/45 held July 9 at the Mechanics’ Institute Chess Club, but the real story was 8-year-old Adrian Kondakov, who was only half a point behind. The East Bay youngster scored an undefeated 4–1, drawing with National Master Romy Fuentes in the last round. This result will push Adrian’s rating over 1900 and make him the top-rated player in the United States under nine. He and his younger sister Elena are regular participants in the Mechanics’ Tuesday Night Marathon tournaments. 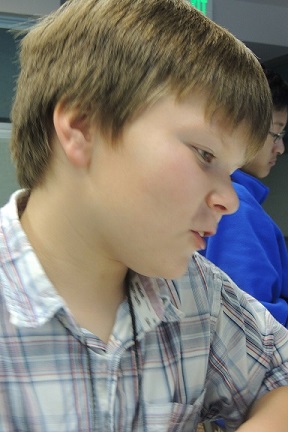 The winners of book prizes for the biggest upsets in the tournament were Patrick Balushian—722 points!, Karina Bender, Bilguun Bayaraa and Hubert Liu.

Here are two games from the event played by the well-known author, San Diego IM Cyrus Lakdawala, who made his annual visit to San Francisco.

Theory moves quickly. 3...Qd6 is not that old, but already there are close to 200 games that have tested the position reached after 7...Nd5.

9.Nf3 is the most popular move here for reasons that soon will become clear. 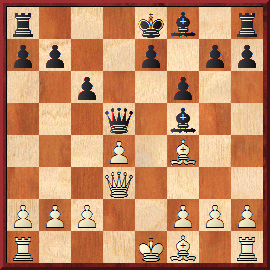 Black is winning a pawn!

The Chess Room has new chairs. 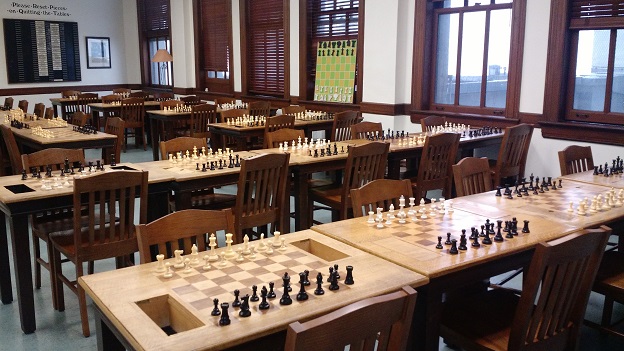 Our Chess Room is the oldest dedicated chess club in the United States and needed new chairs. Many were broken or in poor condition after 80 years of constant use. Having replaced them, we need your help.

Larry Evans tied for first with Arthur Bisguier in the 1970 National Open, but had to endure some difficult moments in the last round against 23–year-old Bruce Pandolfini. The latter would became a household name two years later after serving as a commentator on Shelby Lyman’s show covering the Fischer–Spassky match.

Although Pandolfini is now known as a writer and coach, he could also play. After this event he was rated 2241.The following game was annotated by Hans Kmoch in the July 1970 issue of Chess Life and Review (page 389-90) and George Koltanowski’s column in the San Francisco Chronicle (from Peter Grey’s chess archive.) Kmoch notes that the final moves of the games were strongly influenced by time pressure. 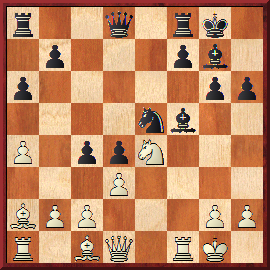 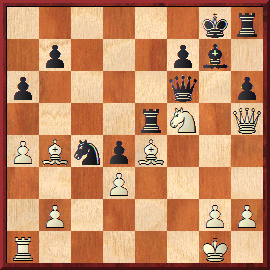 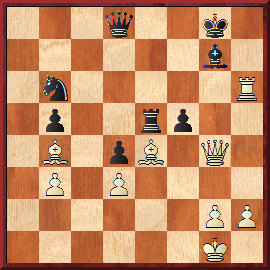 The New Yorker ran an article by Charles Bethea entitled “A Chess Renaissance in the Midwest”, about the St. Louis Chess Club and Scholastic Chess Center and the World Chess Hall of Fame. Read the piece at http://www.newyorker.com/news/sporting-scene/a-chess-renaissance-in-the-midwest?mbid=rss.

Grandmaster Yury Shulman and Rishi Sethi’s Chess Without Borders organization was recently honored by Daily Point of Light. Read about the many good things this organization does at http://www.pointsoflight.org/blog/2016/04/13/service-minded-chess-club-inspires-kids-play-purpose.

Lectures by Gata Kamsky (“My Favorite Endgames”) and Anthony Saidy (“My Games with Bobby Fischer”) are available at: http://www.vegaschessfestival.com/2014/11/kamsky-and-saidy-lectures-from-2014-las-vegas-international-chess-festival/.

The Illinois Chess Bulletin has been one of the best state publications for half a century, and scanned and archived past issues can be found at http://www.il-chess.org/featured-icbs/past-icbs.

Villa Ezzahra, a luxury house in the Palmeraie in Marrakech (www.ezzahra-morocco.com), will host a group of chess enthusiasts and their partners from October 6–10. British grandmasters Nigel Short and Stuart Conquest will teach daily classes: lectures based on real game analysis, tips and practical advice with lessons from their own careers, as well as informal question and answer sessions whilst inviting and commentating on guests’ own games

In this study, each side has two pawns. But how can they use them to best advantage? 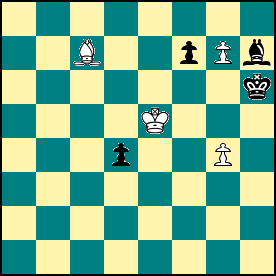 Trading pawns just leads to a draw. After 1 Kxd4 Kxg7, the remaining pawns will eventually be traded. 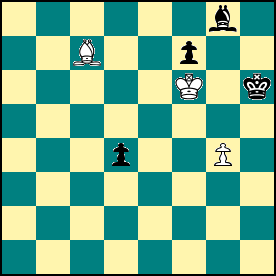 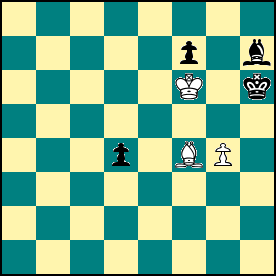 Black to move (analysis, after 3 Bf4) 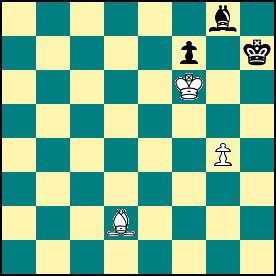 Black to move (analysis, after 5 Bxd2) 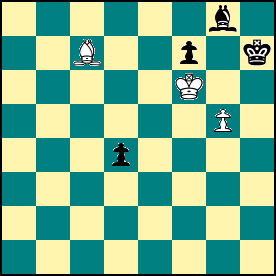 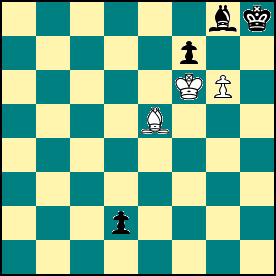 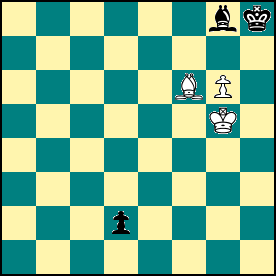 Black to move (analysis, after 7 Bxf6) 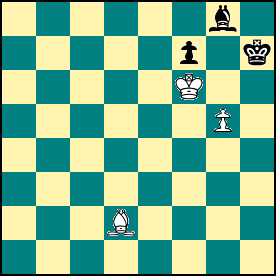 Bishop to the long diagonal.

Wait for the black king to get back into the corner. 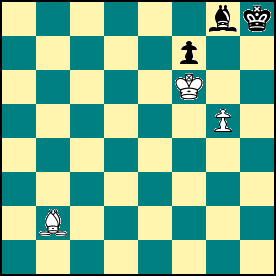 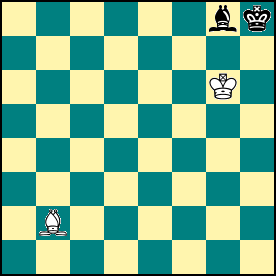 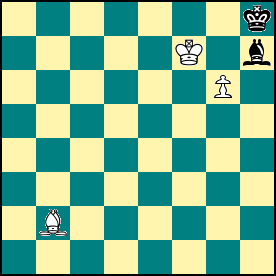 This study was composed by Smyslov in 1987.