Get fit. Don’t eat crap. Chess, like life, is going to feel like a throw-down—no matter what metaphysical sugar people like J. Kraai sometimes coat it with. The game will push you to your limits. Be ready for it.

With 96 entries the Alan Benson Tuesday Night Marathon is approaching triple-digit attendance, which would make it the tenth such consecutive TNM (dating back to the fall of 2014).

It is still possible to enter the nine-round event, which is both USCF- and FIDE-rated, with two half-point byes.

From round 2 of the Alan Benson Tuesday Night Marathon:

International Master Ricardo DeGuzman and Master Hayk Manvelyan shared first place with 4½ from 5 in the 16th Vladimir Pafnutieff Memorial, held August 6 at the Mechanics’ Institute. Tying for third, a half-point back in the 51-player field, were visiting teenage Master Maxim Ventura of Barcelona, Experts Alex Ventura (Maxim’s brother), Vinesh Ravuri and William Li Jr. The Venturas were not the only young Spaniards among the prize winners, as Samir and Liam Llamazares of Salamanca both won their rating prizes. Add Expert-rated German-American teenager Jacob Sevall (3½ points) and the Pafnutieff had a real international feel. Samir, Jacob Derin and Karina Bender won book prizes for turning in the biggest upsets.

Grandmaster Parimarjan Negi, rated in the top 100 players in the world, dominated the Peoples’ Open, which returned to its traditional home of Berkeley the weekend of July 30–31. Among Negi’s victims were several of the Bay Area’s top juniors: IM Kesav Viswanadha, Senior Master Cameron Wheeler and National Master Josiah Stearman. Viswanadha and International Master Ray Kaufman tied for second at 4–1 in the multi-section event, which attracted over 160 entries.

The Bay Area’s top-rated player, Grandmaster Sam Shankland (2679 FIDE), has his great triumph in the Biel Open written up at http://en.chessbase.com/post/biel-main-open-resounding-victory-for-shankland.

Grandmaster Jesse Kraai, a fixture in Bay Area Chess the past decade, has moved to Baltimore. We wish Jesse and his family all the best in their new home. 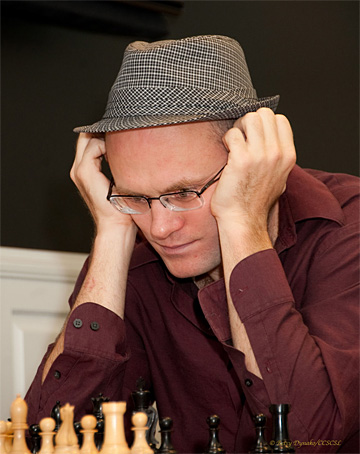 The following game comes from the archives of the late Peter Grey.

We wrote to Jude Acers asking him about his memories of the following game and others he played in the Bay Area in the late 1960s and early 1970s. He replied:

I played about 800 clocked games there in four years while sleeping on Max Burkett’s floor or the Greystone (Editor - a SRO hotel still in operation at 66 Geary) ...Do not remember (referring to this game). Played hundred of clocked games with Grandmaster level players there…Grefe, Kaplan, Addison and Browne.

The following game from a training match was played on February 25, 1970.

Objectively speaking, Carlsen’s results are significantly better. Is Karjakin capable of preparing so as to minimize that gap in strength and reach a level that would allow him to beat Carlsen?

This is precisely what Kramnik achieved in due course of time. After all, Kasparov’s results before and after the match in London were significantly better than his opponent’s. However, Kramnik demonstrated brilliant preparation, and not merely in the realm of chess. Having learned from various sources the work he did and the actions he took, I am simply stunned by how successful and professional his approach used to be, enabling him to achieve a deserved victory.

So, Sergey still has chances, hasn't he?

There always exist definite chances, although objectively the situation is the same as it was for the football team—there is no doubt as to who is stronger. And it’s pointless to try and make light of that as it would mean totally ignoring the reality. Nevertheless, I repeat, that it does not mean that Karjakin should lose. By means of intelligent, professional preparation, he could manage to neutralize the gap in strength. Or, perhaps, he will not manage it after all.

The entire interview by Vladimir Barsky can be found at http://ruchess.ru/en/news/report/mark_dvoretsky_chess_players_could_only_benefit_from_avoiding_too_much_study_of_the_opening_theory/.

White has all the pieces, but what can he do against the black pawns in this study? 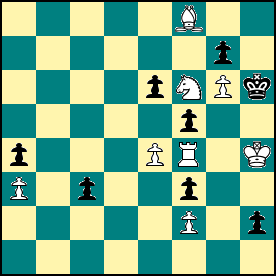 White is in an awkward position, as he must deal with the h-pawn immediately, and then the c-pawn. Clearly, he cannot allow Black to promote with check, so 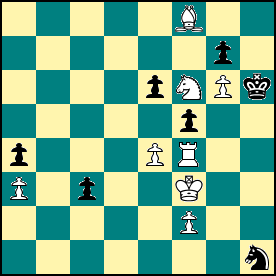 Black to move (analysis, after 2 Kxf3) 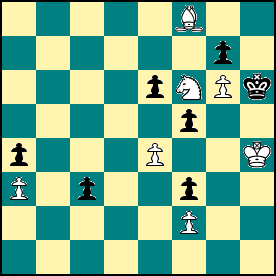 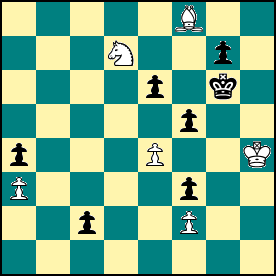 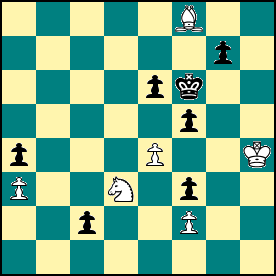 Black to move (analysis, after 6 Nd3) 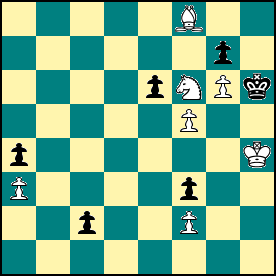 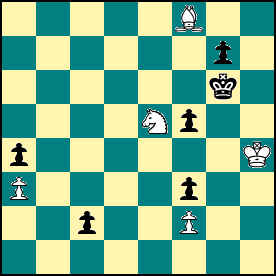 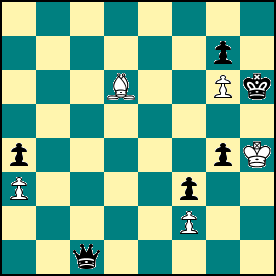 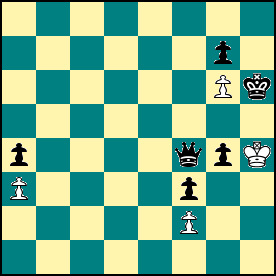 And promoting to bishop instead is still a draw: 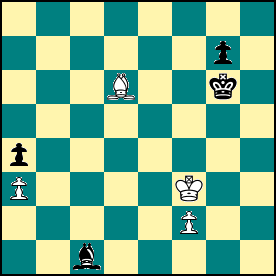 Black to move (analysis, after 8 Kxf3)

This study was composed by Paul Keres, the Estonian Grandmaster and challenger for the world championship, who died in 1975.