I was very lucky—me and the people of my age: we got a good education and then, when computers entered our lives, we were still flexible enough to get used to them and adapt our knowledge. So we learned both to work with trainers and to exploit the benefits of the computer. Chess players even just 5–10 years older were already absolutely unable to adapt, while those who were younger, on the contrary, didn’t get as much as they should have from books and personal contact. By the way, that gap can still constantly be felt. Only a few of the young—those who, in essence, are geniuses—can get by without it. Overall, though, even with strong players, grandmasters, you can often sense a lack of schooling.

How does that manifest itself?

They don’t grasp the game as a whole, but individual moves i.e. rather than seeing the whole picture they only see fragments, though there again it’s about their own relation to chess. Today there’s no problem finding a professional trainer, but they simply don’t see the point in that. Working with someone, adjusting, paying money—why bother, if you’ve got a computer? And up to a certain level it really is faster with the computer. You press a button and you get information that at times we spent years accumulating. My trainer and I do, of course, also turn to the computer, but only to check which move it recommends in a concrete situation. Otherwise the computer can completely suppress your human creativity.

The Newsletter will not appear during the break between Tuesday Night Marathons;
it will resume on October 23.

Elliott Winslow, affectionately dubbed “the alley cat” by the late Hans Baruch, used a couple of his lives to win the 106-player Alan Benson Tuesday Night Marathon, which ended on September 27. The Alameda-based International Master was 1½ points off the pace by round four and seemingly totally out of contention, but then he won his last five games to take first place and the $650 first prize. National Masters Bryon Doyle and Josiah Stearman, and Aleksander Lukasiewicz tied for second, a half-point behind Winslow’s score of 7–2. 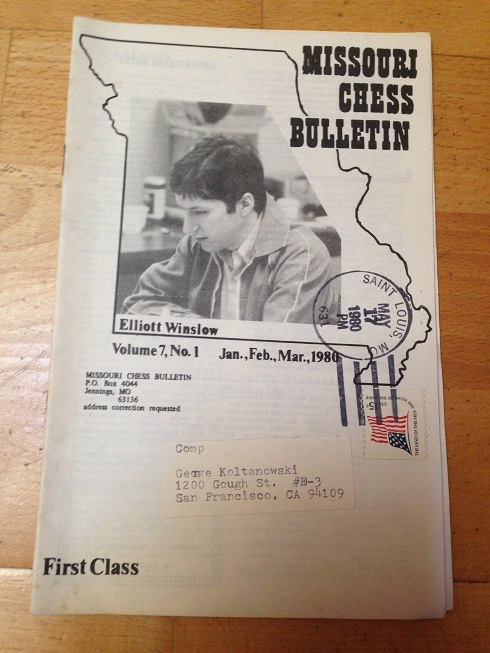 Every year the average age of tournament players in the United States gets lower and lower, and in most weekend tournaments in the United States the majority of the players are under 21. That is not the case with the Tuesday Night Marathon, perhaps in part because older players find the one-round-a-week format allows them to test their skill, not their endurance.

Winslow, who at 64 and consistently holding a rating over 2300, is one of the strongest active players in the United States over 60, was not the only player to show that experience counts. He was joined in the list of prize winners by fellow veterans Steven Krasnov (top under 2000), Teodoro Porlares (top under 1800) and Jerry Morgan (top under 1600).

From round 9 of the Alan Benson Tuesday Night Marathon:

The next Tuesday Night Marathon starts on October 18 and Grandmaster Alex Lenderman, coach of the 2016 gold medal winning Olympiad team, will be the special guest lecturer that evening. Alex’s talk will run from 5:15 to 6:15 pm and is free. All are welcome.

Last week there were 12 players and the results were:

2) Chess Periodicals at the Mechanics’ Institute

Joining the Mechanics’ Institute not only grants one the right to use the Chess Room (open daily), but also provides access to a first-rate library which has a sizeable collection of chess periodicals. The MI Library subscribes to New in Chess, the English publications Chess and British Chess Magazine and Chess Life. It also has long and in many cases complete runs of important magazines such as Chess Review, which ran from 1933 to 1969 (when it merged with Chess Life). It has all the issues of the oldest-running chess periodical in the world, the British Chess Magazine. That’s 1881 to the present!

Hermann Helms’ long running American Chess Bulletin (1904–1963) is in the collection, as are foreign publications like the Wiener Schachzeiting, Zuckertort and Hoffer’s Chess Monthly, the Deutsche Schachzeitung, as well as many California publications, including a complete run of the California Chess Reporter (1951–1976). Those wanting to do serious historical research or just dip into the rich history of chess will find the periodicals in the Mechanics’ Institute library an invaluable resource.

The following game comes from the archives of the late Peter Grey and was played in the 1969 Stamer Memorial (won by Earl Pruner, who also placed first in the 1965 and 1967 editions of this event). It pits International Master and two-time US Olympiad team member (1964 and 1966) William Addison against long-time Pacific Northwest expert Michael Schemm. 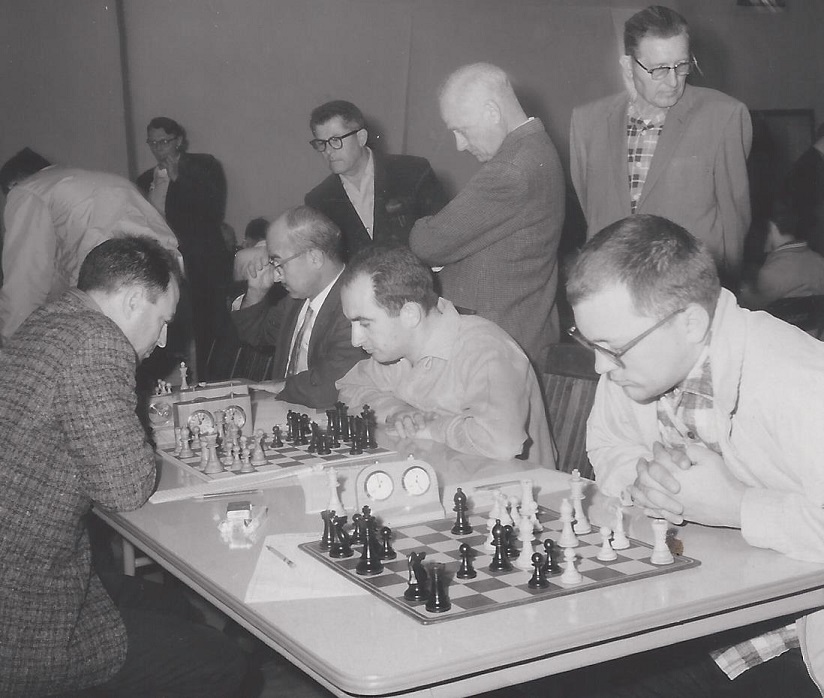 William Addison (wearing glasses at the corner of the table) studies his position in a tournament held in Southern California in the early 1960s. Alongside him is Tibor Weinberger. (Photo: unknown). 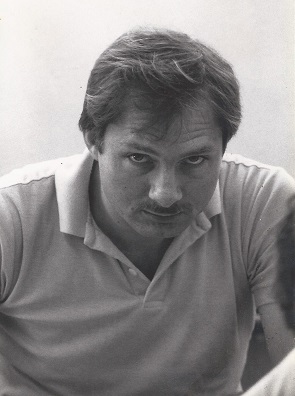 Mike Schemm played in all but one Oregon State Closed Championship from 1966-1977 taking second in 1969 and sharing first place in 1975. This photograph was taken in the early 1980s. (Photo: unknown). 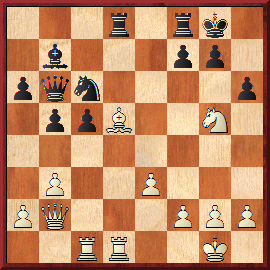 4) News from the World Chess Hall of Fame in St. Louis

Dear Friends of the World Chess Hall of Fame:

I hope this note finds you well and enjoying the final days of summer. Next month, the World Chess Hall of Fame will celebrate five years in Saint Louis. Whether you have supported us from day one, or are a recent fan of the organization, I want to express a heartfelt thank you and engage with some of our key stakeholders to share some exciting news and updates.

It is hard to believe it has been five years since we first opened our doors. Since 2011, we have