Garry Kasparov because he revolutionized the idea of hard work and dominated the world with it; Magnus Carlsen because he is the strongest player on earth; and Hikaru Nakamura because he is the first and only truly elite player who grew up playing in American events since Fischer, and an inspiration that has convinced me that it is possible for me as well.

—Grandmaster Sam Shankland, in response to the question,
“Who are your heroes in present times?”

The 45th Carroll Capps Memorial will be held this weekend

There were upsets galore in round two of the 101-player Fall Tuesday Night Marathon, starting with David Askin’s win over top seed International Master Elliott Winslow on board one.

There are 18 remaining perfect scores, led by National Master Josiah Stearman, and it’s still possible to enter the event with half-point byes for rounds one and two.

From round 2 of the Fall Tuesday Night Marathon:

Former Mechanics’ Chess Director (1996–98) Jim Eade hold the title of FIDE Master and has a peak USCF rating of 2368. He has worn many hats in the chess world from tournament organizer to politician, but is perhaps best known as an author, particularly for his best-selling Chess for Dummies, now in its fourth edition. His book has sold hundreds of thousands of copies worldwide, and even been translated into Russian. WIM Alexey Root recently interviewed the best-selling author at http://en.chessbase.com/post/a-chat-with-the-author-of-chess-for-dummies.

The Mechanics’ will be fielding a team in the newly formed Pro Chess League (https://www.chess.com/news/u-s-chess-league-becomes-pro-chess-league-5789), which is replacing the US Chess League. The format will continue to be four players per team each match, but instead of one-on-one each member of each team will play the four members of the other team. The new time control will be 15 minutes with a 2-second increment. FIDE ratings will now be used, as the PRO Chess League will have teams from Europe as well as the United States.

The San Francisco Mechanics’, in rating order (FIDE), are

Incidentally, two-time U.S. Champion Patrick Wolff is the author of the other best-selling chess book in English this century—Chess for Idiots.

Among the artifacts found in the late Peter Grey’s chess archive was the following game score from the 1949 California State championship which was won by George Croy of Los Angeles.

Irving Rivise (1918–1976), who is best known for being the referee of the Los Angeles leg of the Fischer–Reshevsky match, was a strong master who grew up in New York City but moved to Los Angeles in the late 1940s. He tied for first in the 1952 and 1961 California state championships with Henry Gross and Tibor Weinberger respectively. 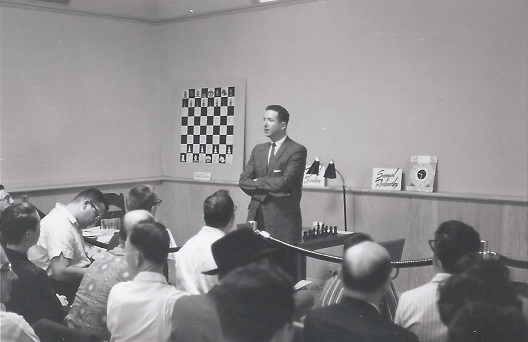 Irving Rivise lecturing during the Los Angeles leg of the 1961 Fischer-Reshevsky match. A young Jerry Hanken, far left in the front row with his head down with a crew cut and wearing black glasses, would go on to become one of the most important organizers in Southern California in the 1980s and 1990s. (Photo: Mechanics’ CC archives)

Here is a list of California champions from 1921–1973. The U.S. Chess Federation split California in two for administrative reasons in the mid-1970s, as the state had by then far more U.S.C.F. members than any other. 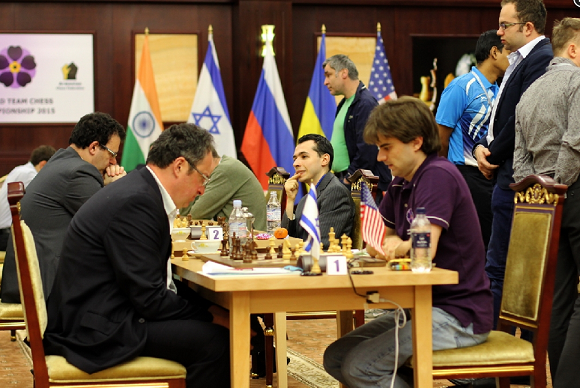 Sam Shankland (R) and Boris Gelfand playing in the 2015 World Team Championship in Tsaghkadzor, Armenia. Next to them are Emil Sutovsky and Alex Lenderman with Vassily Ivanchuk in the background.

Grandmaster Jacob Aagaard, one of the founders of the publishing firm Quality Chess and collaborator with Gelfand on his books, did a two-part Q & A session with the great Israeli player during an international chess tournament held in Denmark in July 2016 that all chess fans will enjoy.

Chess Olympiads are team events first and foremost, but outstanding individual results are also recognized. The United States, for the first time in recent memory, had two individual medalists in Wesley So (gold on board three) and Fabiano Caruana (bronze on board one). Particularly impressive was Georgian Grandmaster Baadur Jobava’s performance on top board—8 out of 10, for a 2926 performance rating!

Former world championship Candidate Eugenio Torre holds the all-time record for most Olympiads played. Baku was his 23rd, but he didn’t just show up to play a ceremonial game or two. The 64-year-old Grandmaster played all 11 rounds and scored 10 points, for a performance rating of 2836.

International Master Anthony Saidy of Los Angeles points out an excellent interview that Boris Spassky gave in early 2016, which can be found at https://www.chess.com/blog/Spektrowski/boris-spassky-2016-interview. Spassky may be in poor health but his mind is still quite sharp.

Who will promote first in this study? And does it matter? 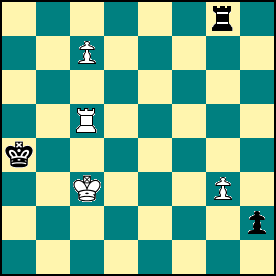 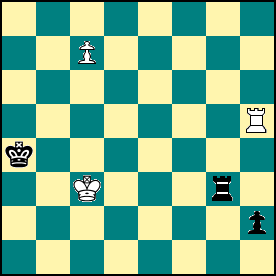 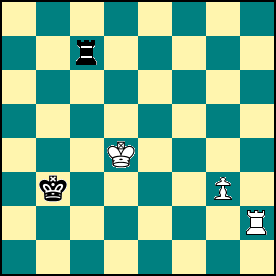 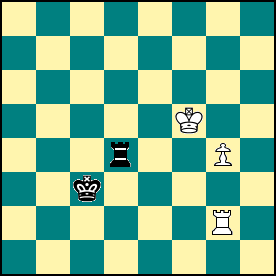 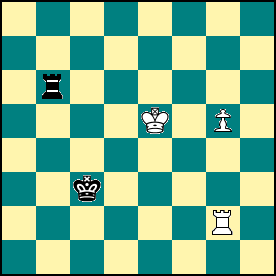 Why is 2 Kd4 the only move? Let’s look at the alternatives. 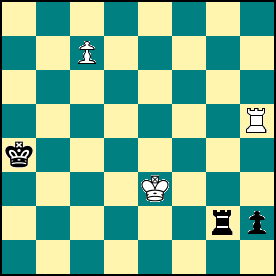 Black to move (analysis, after 3 Ke3) 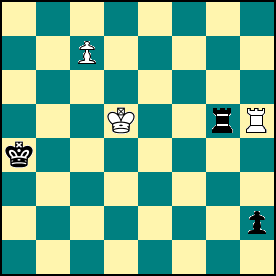 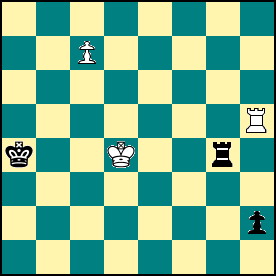 Again, this is the only way for White to play. 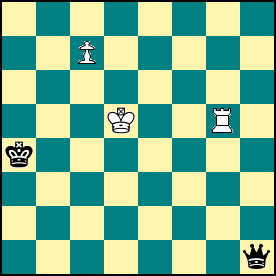 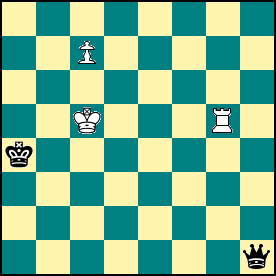 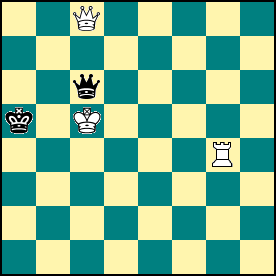 White must take, and it’s stalemate. 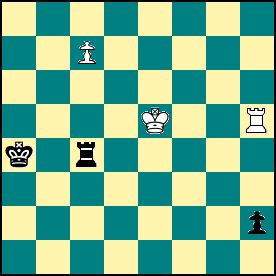 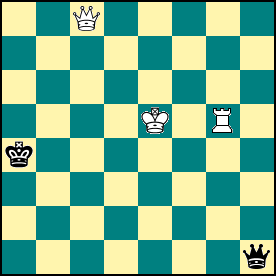 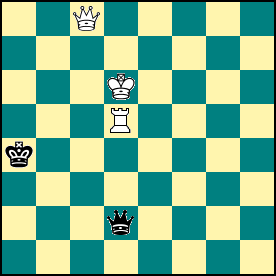 Black to move (analysis, after 7 Rd5) 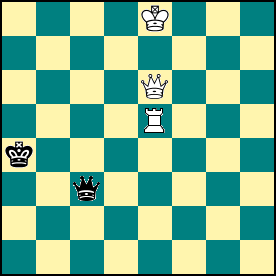 Black doesn’t have a check, and so loses. 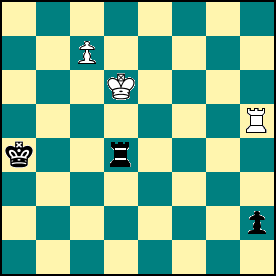 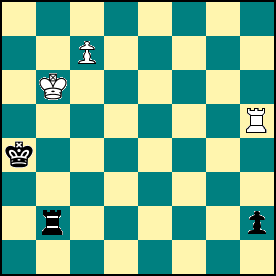 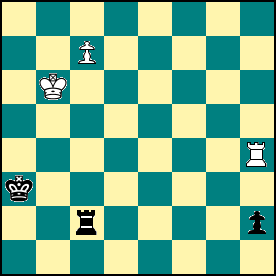 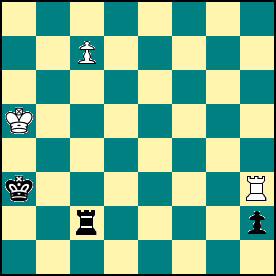 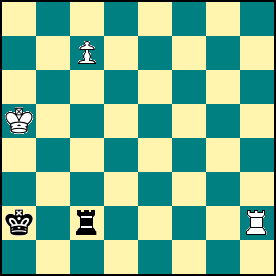 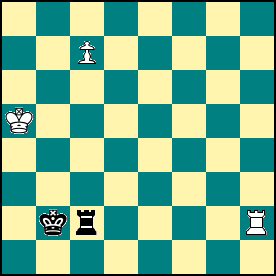 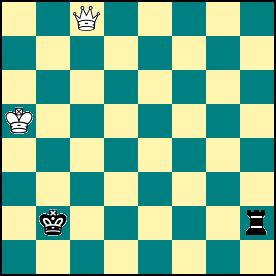 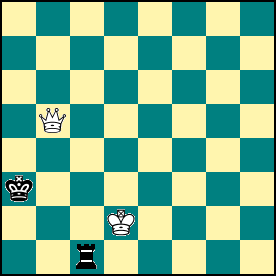 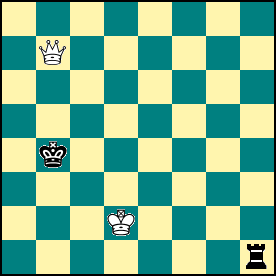 This 1984 study is by Velimir Iosifovich Kalandadze (1935–), an International Master for Chess Compositions, specializing in rook-and-pawn studies.