A few years later, when my children were both away and Grisha [her husband] was starting to age, I did quit tournament chess. I was still roaming around the world with a distorted perspective, crushed by meaningless losses or overelated by meaningless wins. I had played since I was six years old. Chess had an obsessional grip on me, chess was my friend, my support. Chess was a refuge from unfairness. It had become part of my blood. Still, today, when I am exhausted and sad, when hope disappears, my natural impulse is to flop in front of a chess board and start pushing pieces. Variations take form; rush forward, retreat, attack, defend—no, an error, try again. Interest and vitality reborn flow into combinations, soon become storms, a typhoon in a teacup. It is ironic that chess and its combinations which are so sterile also awake a passion, bring life. On the little board, pieces grow and shrink like birds in a muddy marsh.

—Jacqueline Piatigorsky, in her memoir Jump in the Waves (p.141)

FIDE Master Josiah Stearman is in the lead after six rounds of the Fall Tuesday Night Marathon. His perfect score leaves him a full point ahead of Experts Derek O’Connor, Hongkai Pan, and Chinguun Bayaraa and upset king Class A player Guy Argo, who has gained 70 USCF rating points in four games (he took two half-point byes). Three rounds remain for the 109-player field.

Here is one of Argo’s upsets from round 4. 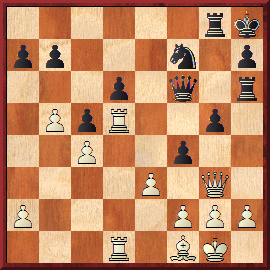 13-year-old FIDE Master Josiah Stearman won all five of his games to take first place in the 16th Pierre Saint Amant Memorial, held to honor the first great player to visit San Francisco. Tying for second in the 49-player event, held on November 19, were International Master Elliott Winslow, National Masters Jack Zhu and Conrado Diaz and Experts Chinguun Bayaraa, Jake Sevall and Baron Eran. Thanks to Wassim Nasif for helping out with this tournament.

The last Mechanics’ weekend event in 2016, the 16th Guthrie McClain Memorial, will be held December 3.

The Mechanics’ Chess Club has been offering live commentary on the World Championship. When the action has been quiet spectators have been treated to some high quality blitz chess. 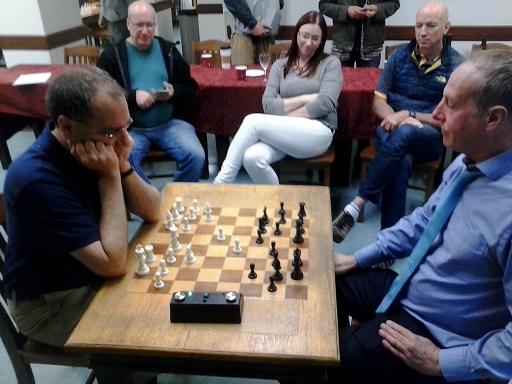 The November 16 edition of the Mechanics’ Wednesday Night Blitz was one of the best attended ever, with 17 entries. San Francisco High School student Jacob Sevall was the winner, scoring 10½ from 12 in the six-double-round Swiss. Carlos D’Avila and Jules Jelinek were second, 2½ points back. Jan Jettel and Eric Yang shared fourth place with 7½ points.

This closed 10-player tournament took place from the 2nd to the 12th of November in Tekirdag, Turkey.

National Masters Ladia Jirasek and Roger Poehlmann are tied for first with perfect scores at the half-way point of the 2016 Berkeley Chess Club Championship. International Master Elliott Winslow, Expert Michael Walder and Class A player Alan Glascoe are tied for third with 2½–½ scores in the 32-player event.

The 2016 Cal Chess State Senior Chess Championship will be held December 16–18 at Cornell Elementary, 920 Talbot Avenue in Albany. The event, open to all players 50 and over, is being organized by the Berkeley Chess Club and features a guaranteed prize fund of $1000 ($350 for first place).

For more information go to: https://bcs.jumbula.com/ChessTournamentsWinter2016/CalChessStateSeniorChessChampionship

Here we have a simple king-and-pawn study. 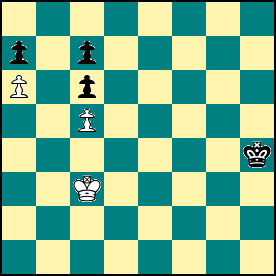 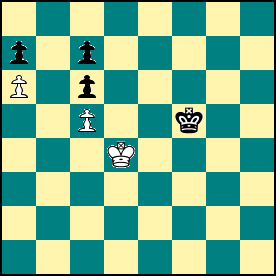 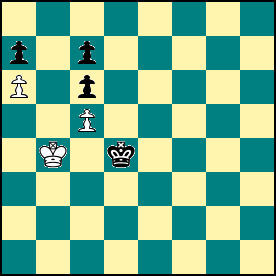 White loses c5, and can’t get to a7 without going around the long way. 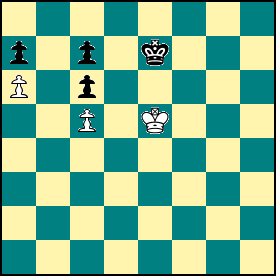 Black to move (analysis, after 6 Ke5) 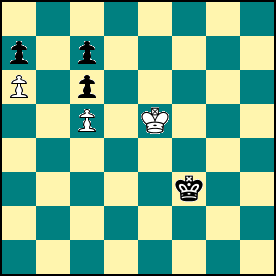 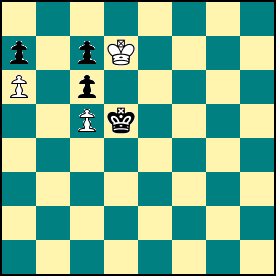 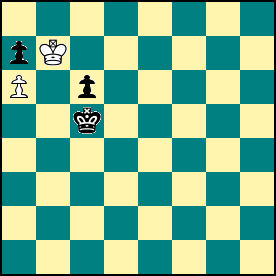 Black to move (analysis, after 6 Kb7) 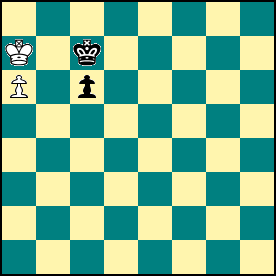 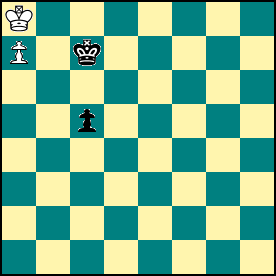 Black will stalemate White with 9 ... Kc8 (letting the king out is fatal). 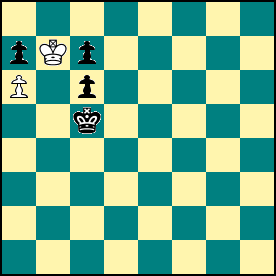 Now White wins easily, because the c7-pawn blocks Black’s acess to c7, and it takes one more move to get to the alternative square c8. 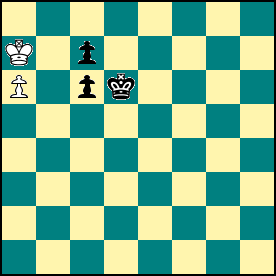 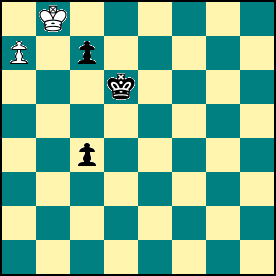