Today's generation is less dogmatic and more open to all sorts of unusual experiments and are much more flexible thanks to the effect of the computer. My generation does that with a little bit of lag or hesitation. Everyone works with computers now so there are no hold-outs anymore. But yes, to the extent of the thought process, there's a little bit of a lag, and it's something you have to fight against. You have to learn to see the world in a new way which the younger generation I feel finds slightly easier.

International Master Elliott Winslow defeated Expert Chinguun Bayaraa in the last round of the Fall Tuesday Night Marathon in a battle between experience and youth (Elliott is 64 and Chinguun recently turned 11). This victory gave Elliott clear first place with a score of 7½ from 9, and capped a successful TNM run this year, in which he finished first or shared first in four of the five events.

Chinguun shared second place with FIDE Master Josiah Stearman and Michael Askin in the 113-player field. A crosstable and complete list of prize winners for the event can be found here.

From round 9 of the Fall Tuesday Night Marathon:

The Winter Tuesday Night Marathon, an 8-round USCF- and FIDE-rated Swiss, begins on January 3, 2017.

The guest lecturer, who will speak before the first round from 5:15 to 6:15 pm, is Grandmaster Sam Shankland, who was recently revealed to be a member of Magnus Carlsen’s team for his World Championship match with Sergey Karjakin. All are welcome for Sam’s talk.

The last Wednesday Night Blitz on 2016 will be held December 21st. The series will resume in February.

The Mechanics’ held a scholastic tournament on December 10. 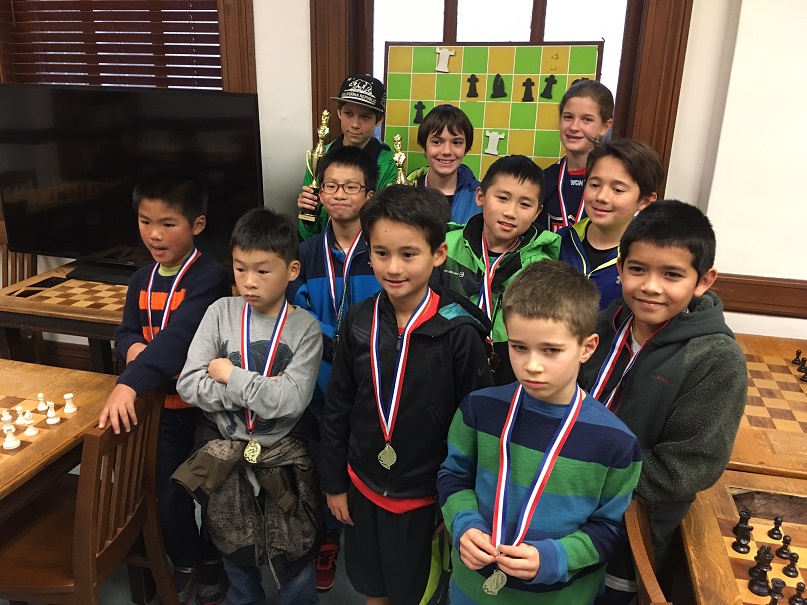 Saving money on equipment and books allows the MI Chess Club to have strong Grandmasters give guest lectures on Tuesday nights. Among those who have done so in 2015 and 2016 are Wesley So, Sam Shankland, Daniel Naroditsky, R.B. Ramesh (GM and captain of the Indian Olympiad team), Jacob Aaagard, Alex Lenderman, Christian Chirila and Jesse Kraai.

The Mechanics’ Institute Chess Club will be closed from December 24 through January 2. This closure will enable vital work to be done to upgrade the wiring to the Mechanics’ network, dramatically increasing the speed of our internet service.

2) Chess and Tech meet at the Mechanics’ Institute Chess Club

Come play bughouse, blitz chess and more with fellow tech workers from around the city each month in the oldest chess club in the United States, home to Grandmasters Sam Shankland and Daniel Naroditsky. Sets, boards and clocks and light refreshments will be provided. All tech workers are welcome.

The Eventbrite link is here:
https://techies-play-chess.eventbrite.com

Our Chess Room, the oldest dedicated chess club in the United States, has recently replaced the chairs after 80 years of constant use, and now we need your help.

The following reminiscence of Guthrie McClain, who for a quarter century was the editor of The California Chess Reporter and publisher of GRANDMASTER CHESS Lone Pine 1975, was told to Jude Acers in 1971. The location of their discussion was 244 Kearney Street, two blocks from the Mechanics’ which doubled as McClain’s office and the home of the California Chess Reporter.

Alekhine visited the Mechanics’ on at least two occasions. This concerns the exhibition he gave in 1929.

“Believe me I remember Alekhine. I was just a boy and really had to work on my parents to cross the Bay all alone to play the just-crowned world champion. His beating Capablanca was just not believed, even thought possible. So I carried my only chess book into the Mechanics club. I was in awe and rushed up to him, ‘Mr. Alekhine will you please sign my book?’ and he shook his head emphatically ‘No’ explaining he signed only books he had written. I rushed out to buy a book for the signature. ... I was afraid to play but could see he was a daring fierce man. He loved chess, loved winning, he was attacking everywhere, perhaps a piece down or lost somehow in a dozen games but he did not lose but a few. You knew he was the world champion all right. Bagby and just about the whole club walked him to the train station afterward.”

Continuing the growth shown over the last two years, the GCT now adds a fifth event to the Tour. This new tournament, sponsored by the Chess Club and Scholastic Center of Saint Louis, will be held in Saint Louis, MO from August 13 to 20, 2017. It will follow the Sinquefield Cup, which will be held in the same venue from July 31 to August 12, 2017. The addition of a fifth event brings the total prize pool for the 2017 GCT season to 1.2 million dollars, the highest in the tour’s history.

The Grand Chess Tour announced last month that the Chess Club and Scholastic Center of Saint Louis, Chess Promotions Ltd, Colliers International France, Vivendi S.A. and Your Next Move have renewed their partnership for the 2017 season.

A total of nine players will be selected as full 2017 Grand Chess Tour participants. Three spots will be awarded to the top finishers in the 2016 GCT, another three to the top players by average 2016 rating and the final three shall be determined by the GCT as tour wildcards. Players are required to participate in both classic events and two of the three rapid and blitz events.

Each classical event shall award one wildcard invitation, while the rapid and blitz events will have four event wildcards. The full list of 2017 tour participants will be announced after the conclusion of the 2016 London Chess Classic. Each event in which a player competes will count toward their GCT score and final tour standings.

All tournaments in 2017 will feature live play-by-play and analysis streamed worldwide, complete with grandmaster commentary and player interviews. All official tournament broadcasts will be carried live on the GCT website at grandchesstour.org.

This position occurred in a recent grandmaster game, after the pawn capture 66 Bxb7 Nd3. How should the game proceed? 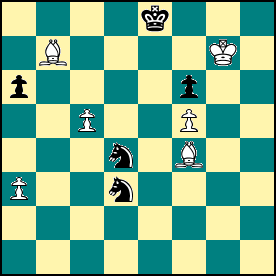 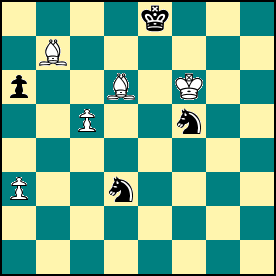 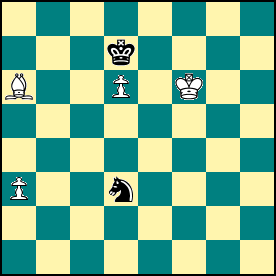 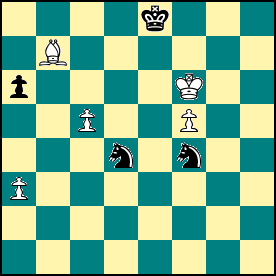 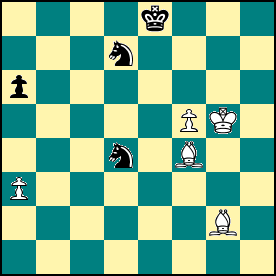 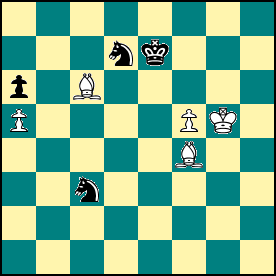 Forcing the knights to mutually defend. 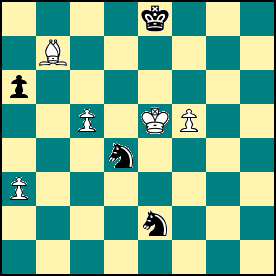 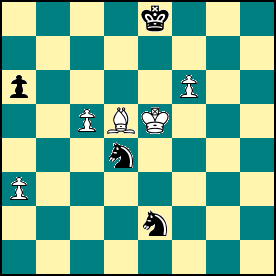 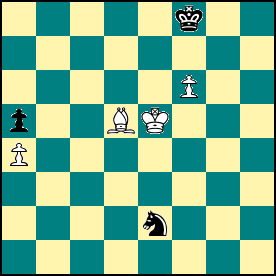 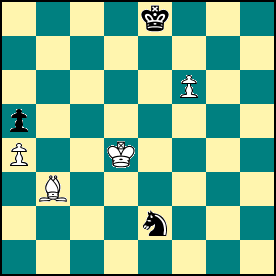 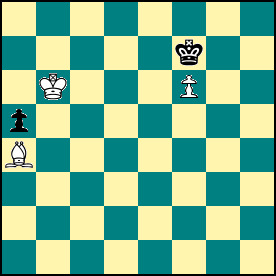 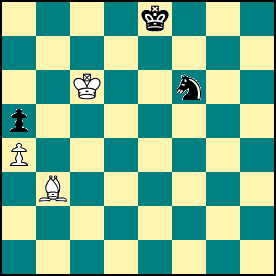 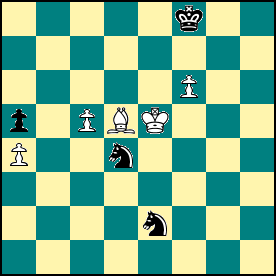 Karsten Mueller writes “An incredible retreat. This is the only way to exploit the immobility of the steeds.” 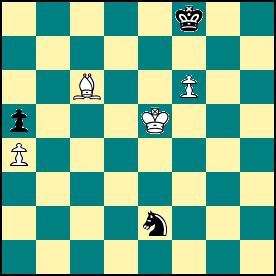 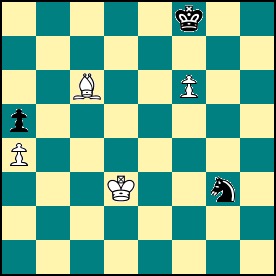 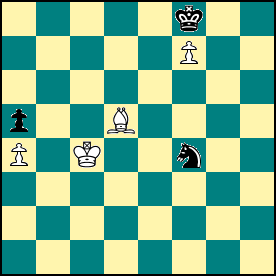 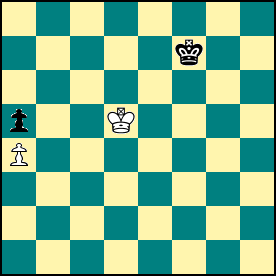 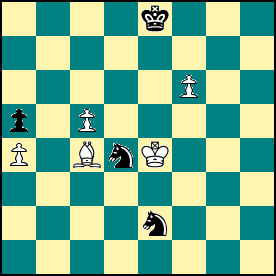 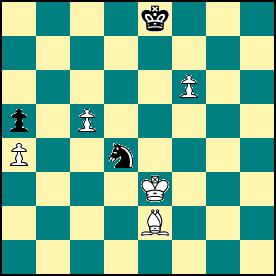 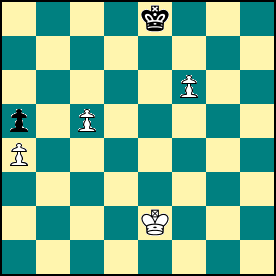 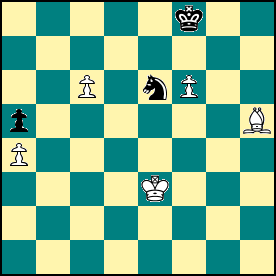 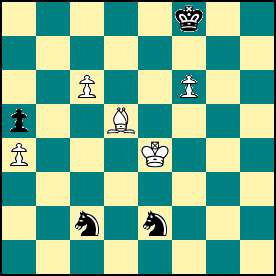 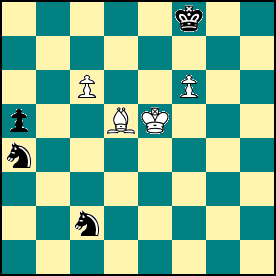 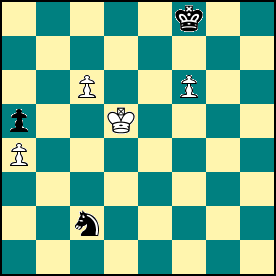 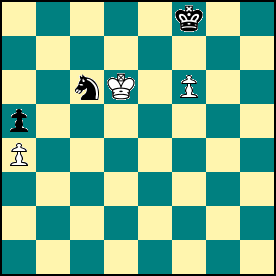 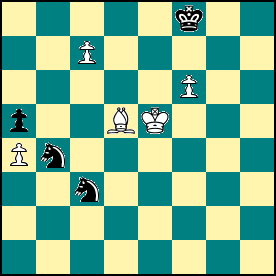 The pawn cannot be stopped. 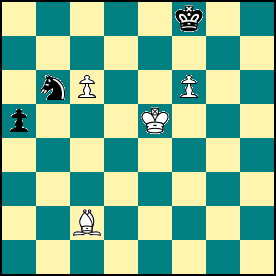 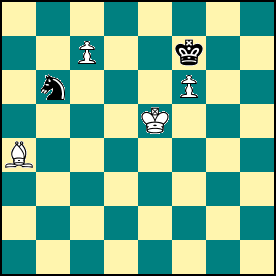 The game is Magnus Carlsen–Hikaru Nakamura, from the 7th London Classic (December 2015). The position at move 72 and the quoted analysis by Karsten Mueller are from ChessBase Magazine #171 (April/May 2016).