I don’t know to what degree that can be explained by computers. It seems to me that in his case it’s more about talent. Few people can do the same, because to look at a bad position for hours is very tough mentally. You get a position which makes you feel nauseous, it’s unlikely to get any better, but it’s still too early to resign. You have to sit there and simply find the best moves. That’s a most precious gift! In that regard Sergey is one of the best, if not the best in the world. I, for example, have also saved bad positions, but in that respect I don’t even come close to Karjakin!

—Peter Svidler, in response to the question
“So as a typical child of the computer era would Karjakin be ready to defend any position?”

There were upsets galore in round three of the Winter Tuesday Night Marathon, with Fianna McCarty-Snead and Erika Malykin defeating opponents rated 606 and 448 points above them. International Master Elliott Winslow and Experts Derek O’Connor, Igor Traub and Michael Walder lead the 103-player event with perfect scores. It’s still possible to enter this eight round USCF- and FIDE-rated event with half-point byes for the first three games.

The following game is from the first round of the Pro Chess League. Time control was 15 minutes a side with a two-second increment. 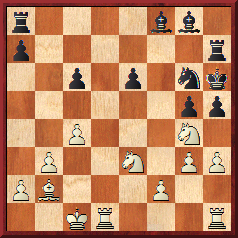 Shabalov’s problem is that he is not just losing the rook, he is losing the bishop on g8 and then the rook anyway after Nf6+.

The Mechanics’ entry in the Pro Chess League lost its second round match to one of the league favorites, the San Jose Hackers (Grandmasters Mameyarov, Naroditsky and Izoria). Grandmaster Sam Shankland was the top scorer with 2½ from 4, while Cameron Wheeler had two points, including a draw with Mamedyarov.

March 22 marks the fifth anniversary of the passing of Val Zemitis of Davis, California. We remember the hard worker for chess, who was active for seven decades, with the following photographs. 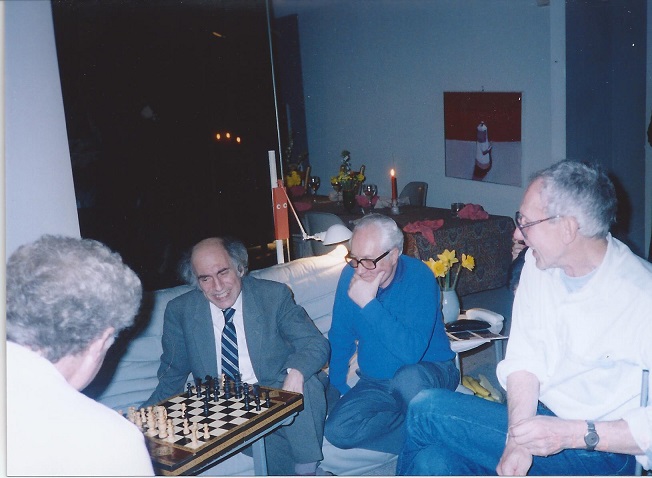 Bob Burger (back of head), Mikhail Tal, Val Zemitis and the noted painter Raimonds Strapans. This photograph was taken in Strapans’ home on Potrero Hill in San Francisco in March 1991. Tal was playing in the Pan-Pacific International organized by the Mechanics’ Institute. (Photo: Ilona Strapans) 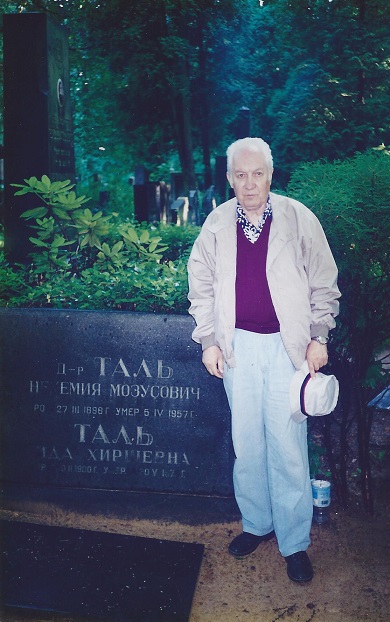 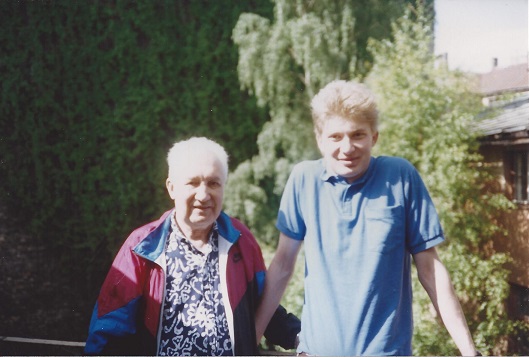 Zemitis wrote that he played the following with Tal in a simul in Germany in 1958 following the Munich Chess Olympiad.

A remembrance of Zemitis can be found here.

We note with sadness the recent passing of the noted Portland organizer and tournament director Neil Dale. Tributes to his memory can be found at new.uschess.org/news/kornelijs-neil-dale-1933-2016/.

Annual matches were held between players from Northern and Southern California for almost 50 years. This tradition, which started in the mid-1920s and continued to the early 1970s, was one of the highlights of the year with meetings in central cities like Atascadero, San Luis Obispo and Fresno long remembered. This was during a time in which club chess had not yet been supplanted by weekend tournaments.

Before the establishment of a proper road system between San Francisco and Los Angeles allowed players to drive to the event and meet face-to-face the two halves of California played by telegraph.

National Master John Blackstone of Las Vegas discovered the following game from one of these matches played over 100 years ago.

This study features an overworked white bishop versus advanced black pawns. Can White save the day? 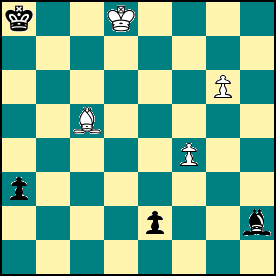 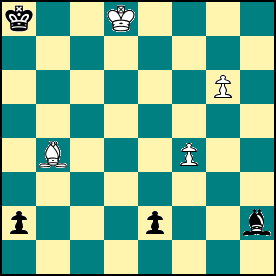 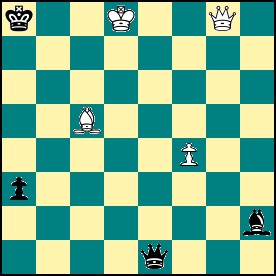 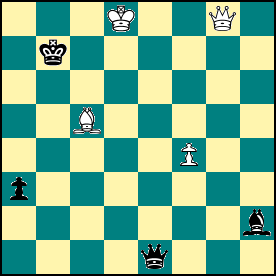 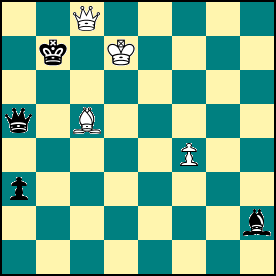 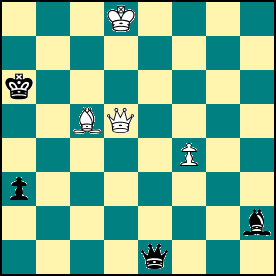 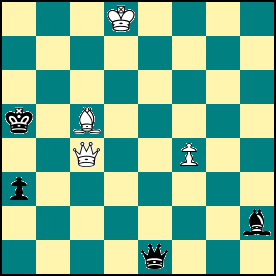 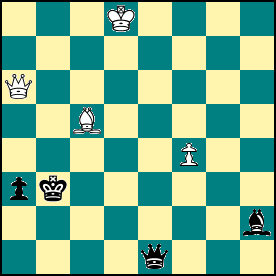 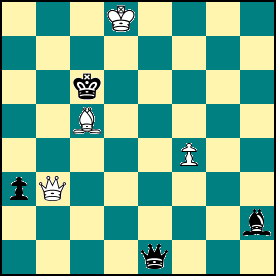 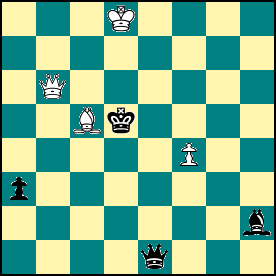 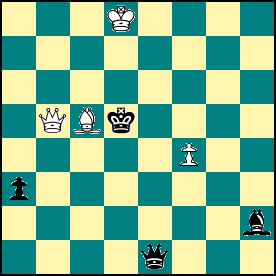 Now White wins, because Black has no move which avoids losing his queen. His choices are 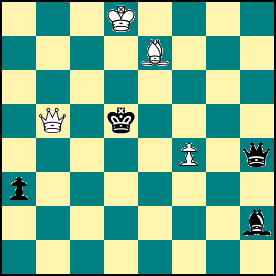 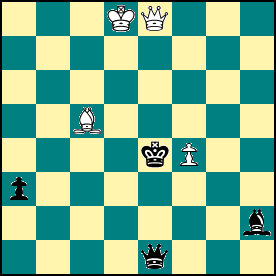 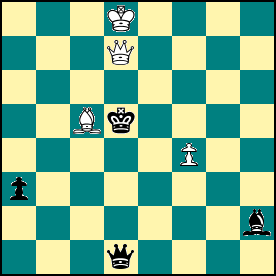 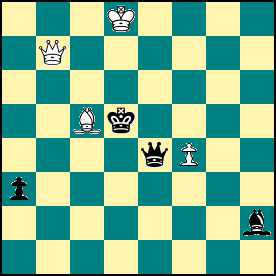 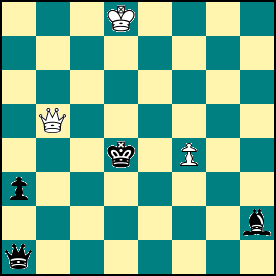 This study by Alexei Alexeyevich Troitsky (1866–1942) appeared in the Eskilstuna Kuriren (“Eskilstuna Courier”; Eskilstuna is a town in the south of Sweden). The Oxford Companion to Chess describes him as “widely regarded as the founder of the modern art of study composition.” It is analyzed on Kevin Spraggett's web site.