Q: In general when comparing our school and the West you get the feeling that from junior chess onwards we’re still excessively focused on the result. Is that true?

I really don’t like making such generalizations, but Nakamura, Caruana—all these guys grew up in American open tournaments, where only the first two or three prizes had any significance. Therefore in those you play sharply for a win in every game, and that’s carried over into your future career, while I, for example, quite quickly started to play in elite round robins, where there’s a somewhat more relaxed atmosphere. You’d get a dull position from the opening, offer a draw and go home. And then later, of course, that was something you needed to overcome. In that regard I’m very grateful for the appearance of Sofia Rules, which simply banned that option. I really did have a huge number of short draws, but at the same time it was far more often I’d agreed to a draw than that I’d offer one, i.e. I was always ready to continue playing, but if someone offered me a draw then it felt somewhat awkward to refuse. I have a good relationship with everyone, and in the majority of cases these were my friends.

National Master Conrado Diaz leads the 112-player Winter Tuesday Night Marathon with a score of 5½ from 6 with two rounds to go. National Master Bryon Doyle and Experts Chinguun Bayaraa, Ganesh Viswanath and Arthur Ismakov are a half-point back.

11-year-old Chinguun Bayaraa made a big step towards becoming a U.S.C.F. master by tying for first in the 17th Henry Gross Memorial, held February 4. Chinguun shared top honors at 4½ from 5 with National Master Paul Gallegos. The event, which honored the memory of the late Henry Gross (1907–1987), attracted 48 players. 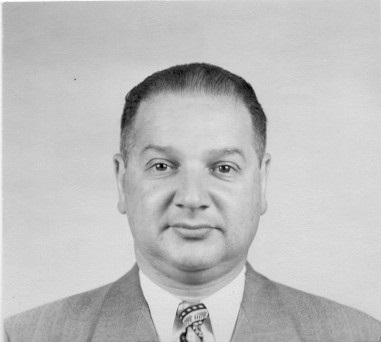 The Mechanics’ entry in the 2017 Pro Chess League faces a team from Johannesburg, South Africa, this Saturday starting at 11:20 am.

International Master-elect Cameron Wheeler has earned the prestigious 2017 Falconer Award given annually to the highest rated chess player under 18 in Northern California. The junior at Monte Vista High School in Cupertino will receive a check for $2481, equal to his rating on the December 2016 USCF rating supplement. Cameron finished ahead of International Masters Vignesh Panchanatham (2451) and Kesav Viswanadha (2447).

The Falconer Award is named in honor of the late Mechanics’ Institute Trustee Neil Falconer, himself a strong tournament player, holding a 1900+ rating up to age 85. Over the past 18 years, three recipients of this generous prize have gone on to earn the Grandmaster title and two more are currently International Masters.

Cameron will be honored at a ceremony at the Mechanics’ Chess Club on February 21, starting at 5:00 pm.

We are doing a kickstarter for a strategy card game I've been working on for a couple years. Here is the kickstarter page.

All World Champions from Lasker to Karpov have visited the Mechanics’ Institute, with the exception of Mikhail Botvinnik. These visits, spanning over a century from 1902 to 2006, included exhibitions, lectures, and in the case of Mikhail Tal, playing a makeup tournament game from the 1991 Pan Pacific tournament (with Patrick Wolff). Tal also participated in a blitz tournament at the Mechanics’. 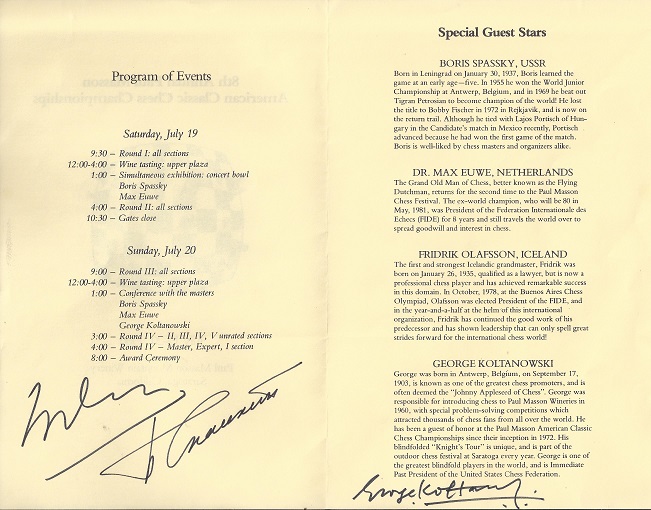 This program from the 1980 Paul Masson Chess Festival is signed by Max Euwe, who gave a simul at the M.I. in 1949, and fellow former World Champion Boris Spassky, who gave a series of lectures and a simul in 2006. Also signing is George Koltanowski, who gave several of his famous blindfold exhibitions at the Mechanics’ in the 1950s. 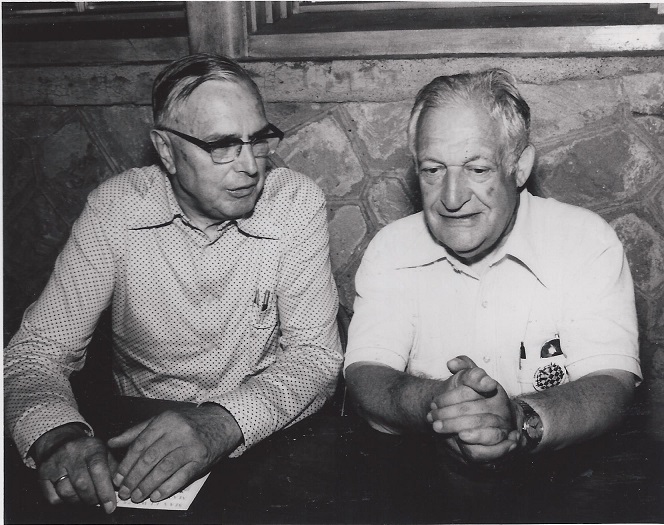 The People’s Open has a storied place in Bay Area chess. Started in the aftermath of the Fischer boom, it began in Hayward, but quickly moved to Berkeley, where it found a home at the UC Student Union for thirty years. Over the last decade the event has moved from place to place in the South Bay, but in 2016 the People’s returned to Berkeley in an excellent location—the Faculty Club at UC Berkeley. It will be held there again this July 14–16. 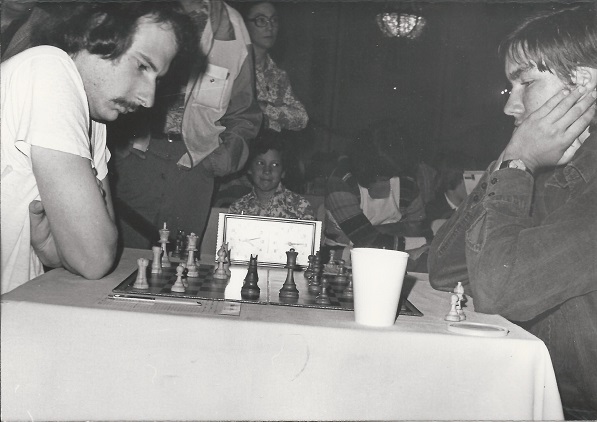 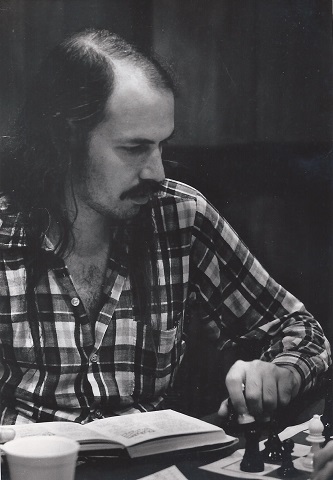 This position is from a master game. What is the expected result? 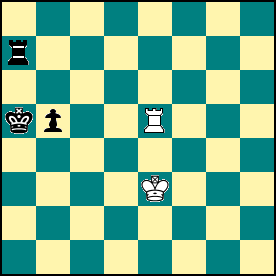 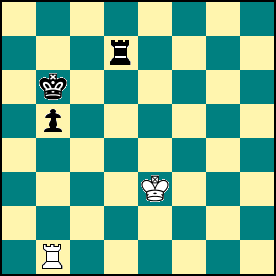 Black to move (analysis from Rf5 starting position, after 3 Rb1) 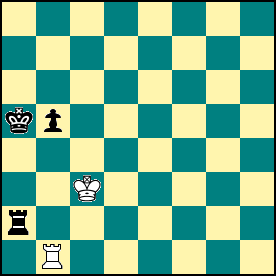 Black to move (analysis from Rf5 starting position, after 7 Kc3)

In the actual game, White had to move his king first to make way for the rook. 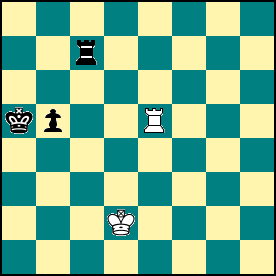 Black’s response would be the same after either 1 Kd3 or 1 Kd4. 1 ... Rc7 cuts off the white king by one file. In R+P vs P endgames, cutting off the king by three files will always win. 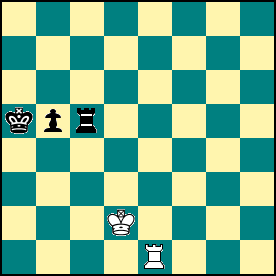 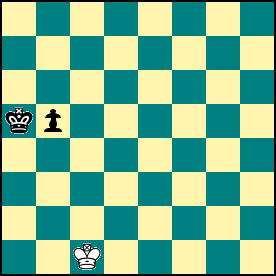 Black to move (analysis, after 4 Kxc1) 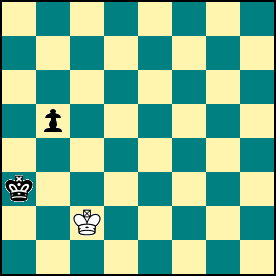 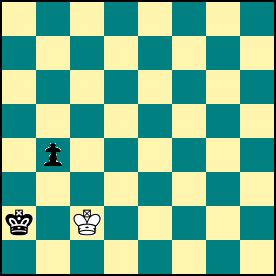 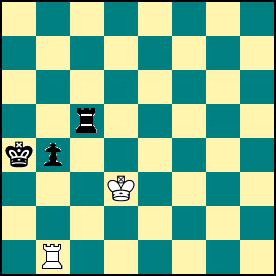 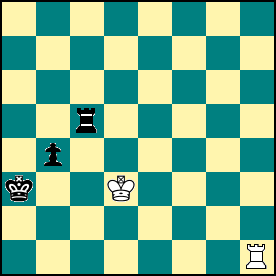 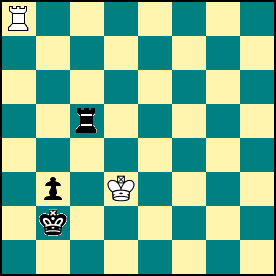 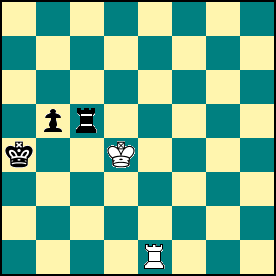 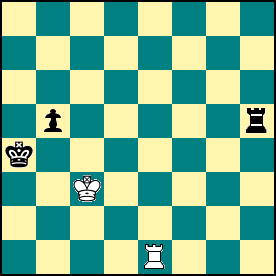 Black to move (analysis, after 5 Kc3) 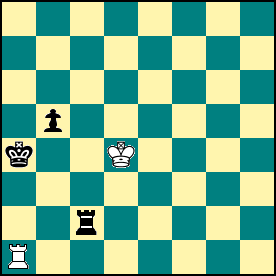 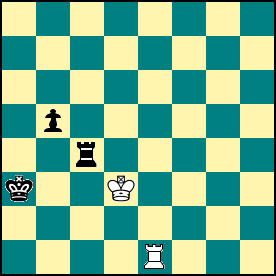 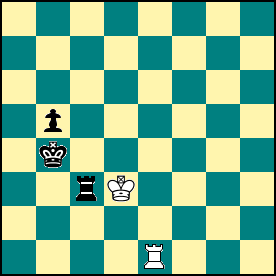 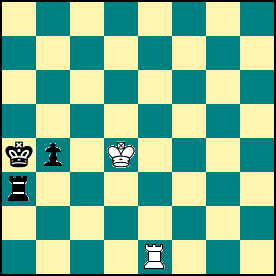 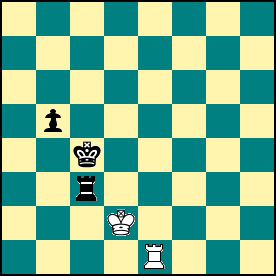 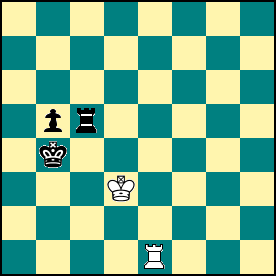 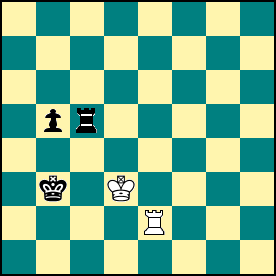 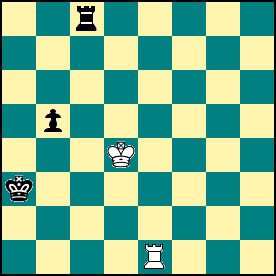 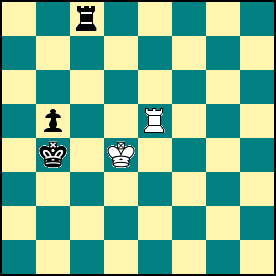 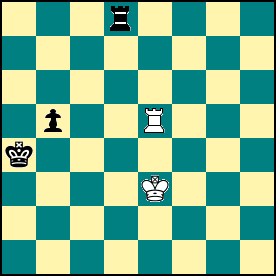 The game was Eric Tangborn (2365)–Friso Nijboer (2485), Reykjavik op (11), 1990. The analysis is from John Nunn’s excellent and comprensive book on rook + pawn vs rook endings, Secrets of Rook Endings.