So what was it like facing a peak Kasparov glaring at you? Well, it's annoying—because first of all he makes good moves and on top of that there's all the other pressure he inflicts too. But what made Kasparov dangerous was his moves. If he was making faces and then played bad moves we would have just laughed at him. These days, I think you can over-estimate the psychological stuff.

The 17th annual Pierre St. Amant G/45 will be held this Saturday, November 18, at the Mechanics’ Institute Chess Club.

This event marks the 16th consecutive TNM with triple-digit attendance, with six out of the last eight attracting a minimum of 125 players.

From round 4 of the Fall Tuesday Night Marathon:

The results of the 10-player November 8 Wednesday Night Blitz:

There will be no blitz on November 22.

Mechanics’ Institute member John Ebert and the chess scene at the Vallejo branch of Panama Bay Coffee Company were written about in the October 20 editions of the Vallejo Times-Herald. Read about it here.

2) Bay Area Players at the Olympiads

Bay Area chess players have shined at the biannual Chess Olympiads. The list of players who have participated includes the following individuals. We believe this list to be complete but would welcome any additions we might have overlooked.

Players who have represented federations other than the United States

Players who have represented the United States 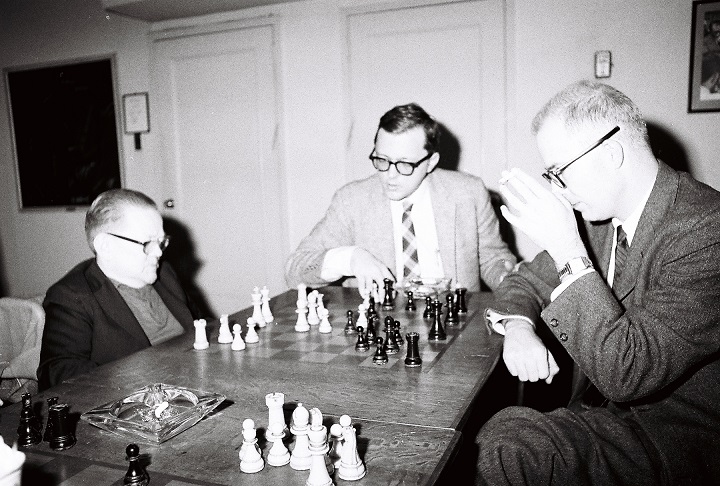 Nick de Firmian scored three out of four in matches against the Soviet Union including wins over Artur Yusupov and Alexander Beliavsky. 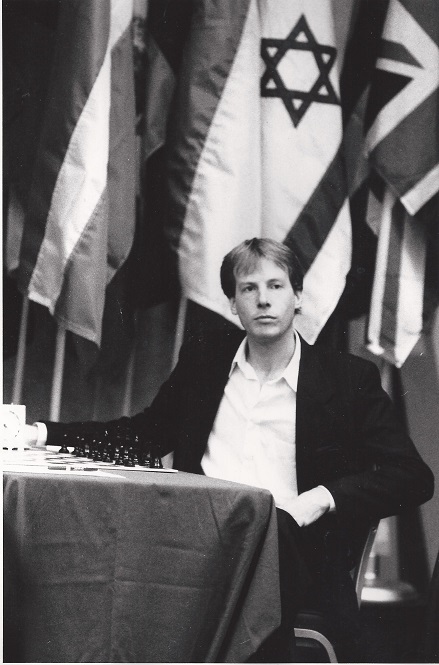 After the U.S. Open in San Francisco, I entered San Jose State University as a student in the Geology Department. I was working in Yosemite, and taking the time to play in the Open cost income and some hardship in a new city for me. I was fortunate that John and his family had me over for dinners and chess with John at their home in nearby Saratoga. I am very grateful for their kindness.

The main event was a 10-game training match with John. At the time I was considered the stronger player, and John’s sound policy (starting with his match with Bill Adams) of getting experience by playing matches with stronger players helped to build his chess strength. The games were hard -fought, as the sample below shows. I was again fortunate to win by 5 games to 3 with 2 draws.

Following Fischer, but more common are 5.c3 or 5.Bxc6+, the latter favored by John Grefe, as shown in the pages of the California Chess Reporter.

This move defines the tactical possibilities to follow. Contrary to the note by Fischer, it is not important to kick the bishop immediately. White gets a good game with 6.c3 Qf6

Fischer–Geller, Bled, 1961, continued 6….Bh5, but that is another story, best described by Fischer himself in My 60 Memorable Games.

6….h5 is Black’s most contentious move in this, the third game of our training match. In order to present new problems, I played 6….Bd7 in later games, the seventh going 7.c4 and the ninth going 7.c3.

This is the move Fischer said he would play in answer to 6….h5. The main alternative is 7.Bxc6+, and White, if he chooses, can transpose back into it after 7.d4. Of course 7.c3 is quite sound too.

All of this comes from MCO15 and ECOC, 5th edition.

Careful defense by Ronald Gross is in sharp contrast with the fireworks about to erupt in our game.

Appears to play into White’s hands, but it seems the best defense to me.

Black has only this chance for counterattack.

The United States continues to have three players in the top ten, while China has four women.

This is a study, so expect the unexpected. 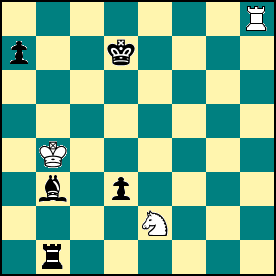 Did you expect Black to win easily? Then you haven’t seen enough studies; it’s never easy. Here’s what happens. 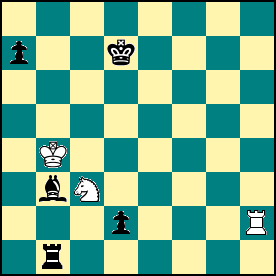 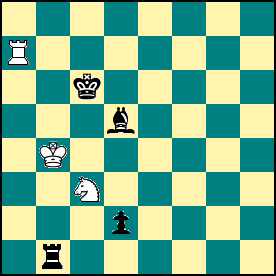 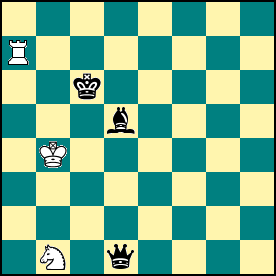 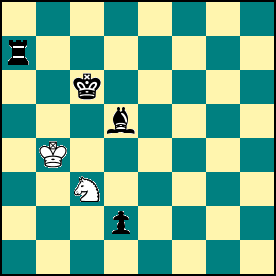 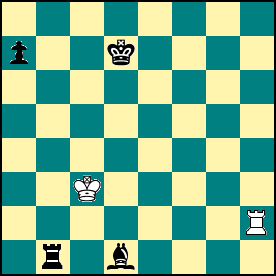 This is the only king move that saves White. 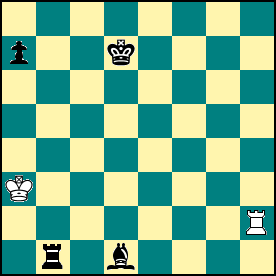 Black to move (analysis, after 4 Ka3) 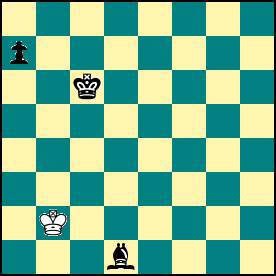 Black to move (analysis, after 6 Kxb2) 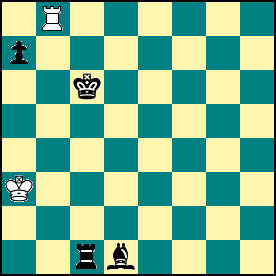 Black to move (analysis, after 6 Rb8) 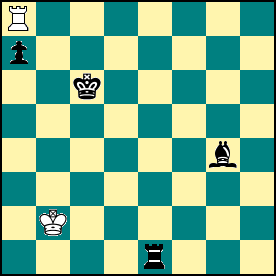 Black to move (analysis, after 8 Ra8) 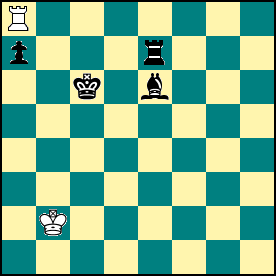 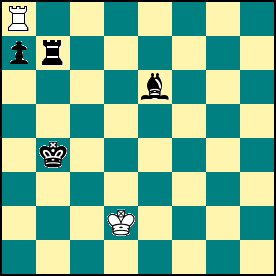 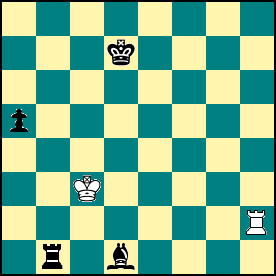 White was threatening to win the pawn with a skewer: 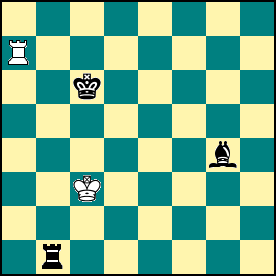 Black to move (analysis, after 6 Rxa7) 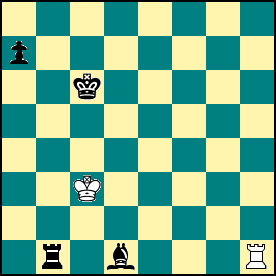 Black to move (analysis, after 5 Rh1)

Black to move (analysis, after 6 Kd2)

White wins the bishop, and the king will stop the a-pawn in case Black trades rooks. 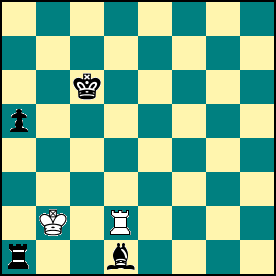 Black to move (analysis, after 7 Kb2) 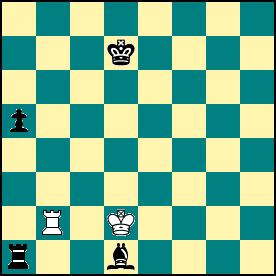 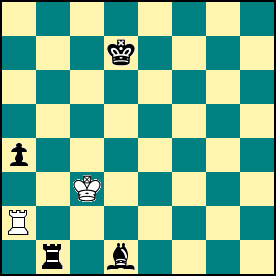 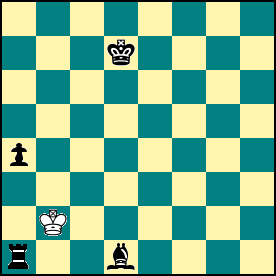 White wins the rook. Because the white king controls the corner, and Black’s bishop is of the opposite color of the promotion square a1, the position is drawn.

This study is by Mario Matous (1947–2013; biography). It won second prize in the 1979 Réti Memorial. It is discussed as some length by GM Jan Timman, in “A Famous Final Position” (New in Chess 2002 #5). There, he says “...the black outside pawn was forced from its starting square to a4 via a very natural series of moves. This makes it look as if White has performed a miracle with moves that in themselves are logical and obvious.” One must query that final “obvious”.