Zvonko Vranesic (who attended a Fischer lecture in Toronto) and I agreed Bobby’s lectures were filled with profound thoughts and ideas. One of them was that the queen’s real prowess could only be realized by drawing upon her the firepower of the enemy, and just when it seems she is about to be captured...she uses her power to jump to the other side of the board!

Grandmaster Sam Shankland, currently rated 84th in the world at 2662 FIDE, will be the special guest lecturer before the next round of the TNM (December 5). The talk, which will be held from 5:15 to 6:15 pm, is free and open to all.

Shankland, who will be playing in an event in Barcelona in a little over a week, will be selling copies of his DVDs (Shankland Method and Shankland Method Part 2) at the lecture (cash only) for the discounted price of $80 for one set or $120 for both. Each sells for $120 online.

Former Mechanics’ member Chinguun Bayaraa, playing for his native Mongolia, scored 4 out of 11 in the recently-concluded 2017 World Junior Championship. Chinguun, who was a regular in the TNM for several years, was one of the youngest and lowest-rated (1820 FIDE) players, but turned in a 2191 performance to gain 121 rating points.

14-year-old Josiah Stearman of Martinez has had a busy and successful November, winning the Berkeley November Weekender and the Pierre St. Amant G/45, going 4–0 in rounds 3 through 6 of the Fall TNM, and scoring 4½ from 7 in the American Open, including a win over IM Phillip Wang. Josiah is currently rated 2346 (around 2360 with the four TNM games included).

Outside of the World Championship the biannual Chess Olympiad is the biggest stage in chess. Although it is primarily a team event, individual accomplishment is noted, and no player better represented his country than the late Tigran Petrosian. The former World Champion scored 103 points in 129 games (79.8 percent) and lost only one individual game (on time) in a drawn rook ending to Robert Hubner in the 1972 Olympiad.

Garry Kasparov is not far behind with 64½ points in 82 games (78.7 percent), and unlike Petrosian his teams took gold in every Olympiad he played. Garry won gold but he did lose three games.

Two of the players who defeated Kasparov in Olympiads were present during the Champions Showdown in St. Louis last month: Yasser Seirawan and Veselin Topalov. The latter had an interesting story to tell about the third player to defeat Garry—Bulgarian Grandmaster Krum Georgiev.

According to Topalov, one could not accuse his countryman of being one of Caissa’s most devoted servants. Lazy is the word he used to describe Krum, who loved to play blitz rather than engage in serious study. However it was precisely this passion for rapid transit which helped him to defeat Garry.

Before the Malta Olympiad Georgiev was losing regularly in five-minute chess to someone Veselin referred to as a total patzer. He got so frustrated losing with White in the same variation, over and over again, that he analyzed the line in the 6.Bg5 Najdorf inside and out and came up with some interesting ideas. You guessed it—Garry played right into Georgiev’s preparation. Who says there is no luck in chess.

Here is the game.

The following photos by Richard Shorman are from her simul at the Mechanics’ Institute in late April of 1975. 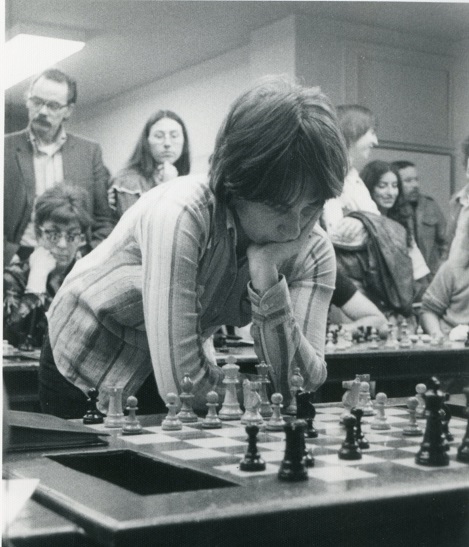 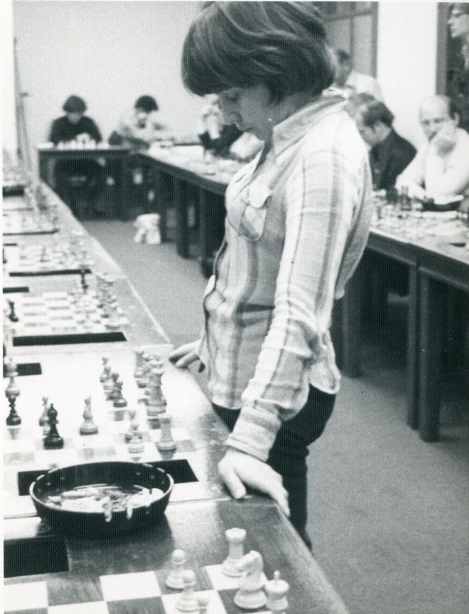 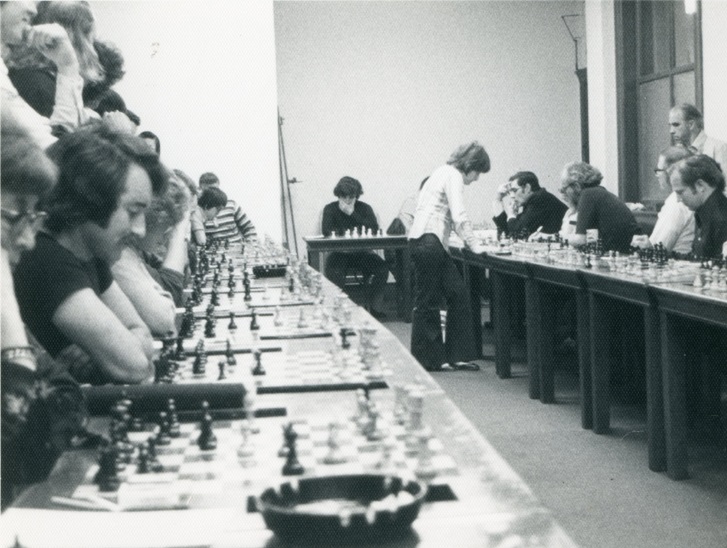 The strong point of this move is to get control of square e5. 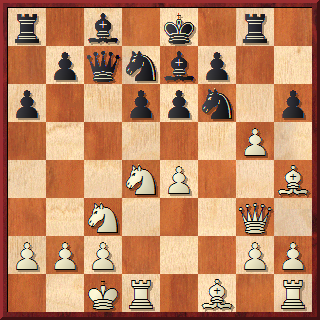 This is the older continuation, which has largely been superseded by 12….Nh5 13.Qe3.

White strives to dispute control of the e5-square, which is the leitmotiv of the 10.Qg3 variation. 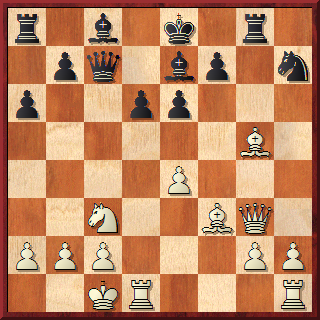 So White controls square e5 and has captured a rook, a bishop and two pawns for his queen, more than sufficient compensation. 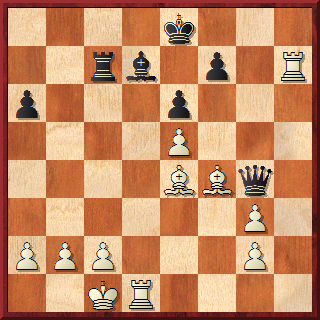 The solution: White threatens mate and so flushes the black king into the open.

Walking into mate, but 35….Rxd8 is equally hopeless.

An article at the singer Joni Mitchell’s web site mentions she polished her talent at the Checkmate coffeehouse in Detroit in the mid-1960s. The proprietor of this establishment was National Master and 1963 Michigan state champion Morrie Widenbaum. Mitchell later played in the 1972 American Open, and one wonders if she might have learned to play at the Checkmate.

Few have done as much as Jude Acers to promote chess in the United States the last fifty years and he is still going strong. View one of his recent interviews here.

Bob Long writes he is organizing a Chess Festival in February 16-18, 2018, in Bettendorf, Iowa, with Grandmaster Simon Williams and International Master Andrew Martin. Email him for more information.

Rusty Miller writes Senior Master Steven Breckenridge of Oregon won the Seattle Chess Extravaganza held November 10 to 12 with a score of 5½ out of 6. National Masters Andrew He and Viktors Pupols (still going strong at 83), tied for second at 5.

This position is from a Grandmaster game, but it became a study. It looks like Black is about to lose his e-pawn. 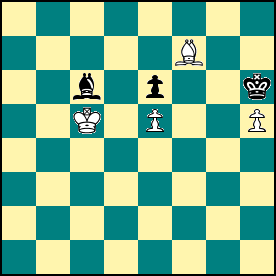 Surprisingly, this position is a draw with best play. 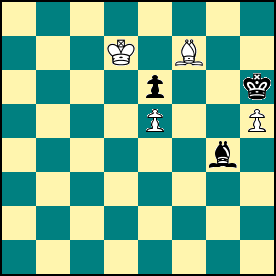 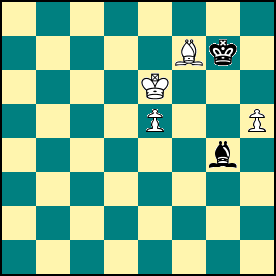 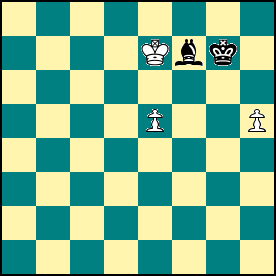 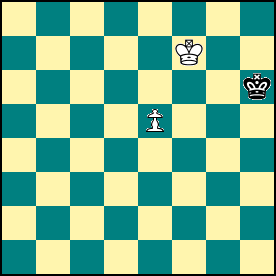 Black to move (analysis, after 8 Kxf7) 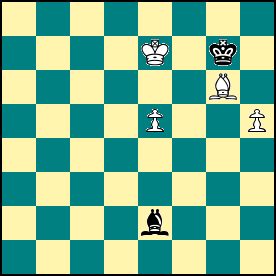 Now White tried to arrange a path for his e-pawn, to no avail. 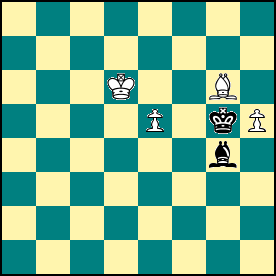 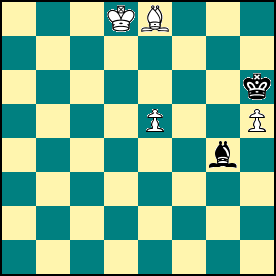 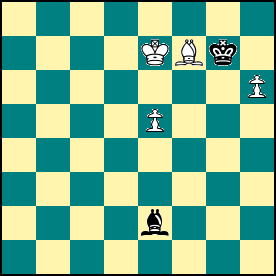 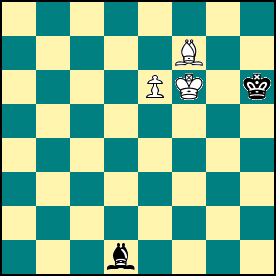 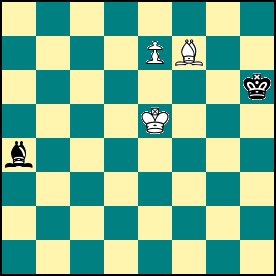 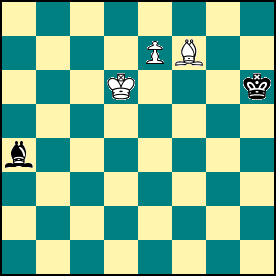 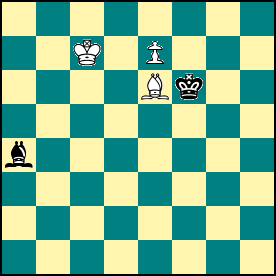 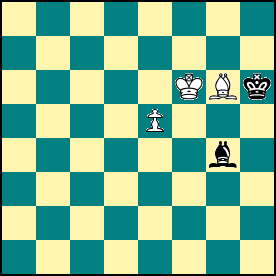 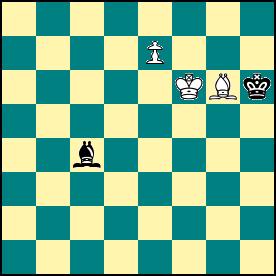 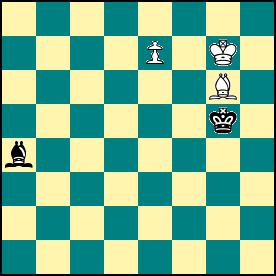 This position, from the game Goglidze–Kasparyan, Tiflis, 1929, is from The Complete Studies of Genrikh Kasparyan, with analysis by Kasparyan. The main line is the game text.