Elite players are all inconvenient and against them you feel under pressure very early on. They create problems from the first moves and you need to employ all your time in order to resolve those difficulties. Aronian is one of those. Ivanchuk as well, when he’s on form.

The Winter Tuesday Night Marathon has 114 entries, making it the 17th consecutive TNM to attract 100 or more players, in a streak dating back to the 2014 Fall TNM. This is the most players the series has ever attracted after round one, and suggests the Winter TNM has chances to surpass the all-time MI Chess Club attendance record of 143 players set in the 2017 Fall TNM/William Lombardy Memorial.

It’s still possible to enter the eight-round FIDE- and USCF-rated event with a half-point bye for round one.

This year I started private lessons with GM Andrey Gutov from Russia. I’d like to share the credit with my coach for my successful tie for first in the last Marathon.

The top finishers in the last Wednesday Night Blitz of 2017, held December 20, were

Carlos D’Avila was the winner of the first Wednesday Night Blitz of the year on January 2. He scored 9½ from 12 to win the 14-player event. IM Elliott Winslow was second, half a point back, with Jeff Sinick third at 8.

International Master Cameron Wheeler has once again won the Neil Falconer Award, given to the highest-rated player under 18 in Northern California in the December 2017 U.S. Chess Federation rating supplement. He joins Grandmasters Vinay Bhat and Daniel Naroditsky as the only three-time winners in the 19-year history of the award.

Cameron will receive a check for $2473 at a special presentation at the Mechanics' Chess Club on January 23.

International Master Jeremy Silman, who splits his time between Los Angeles and Japan these days, provides the only photo we have ever seen of the late James Buff. This photo of Buff, a life-long friend of Bobby Fischer, appears to have been taken in the late 1970s or early 1980s. Buff was a regular at the Mechanics’ after settling in San Francisco in the early 1970s. He died in 2010 at age 65. Silman, who was a good friend of Buff, wrote a fine tribute to him, which can be found here. 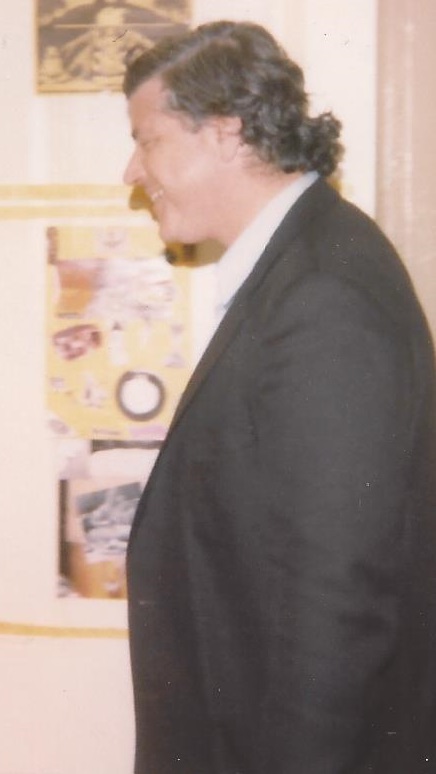 International Masters Yian Liou and Kesav Viswanadha lead the UC Berkeley team to a tie for 16th place at 3½ from 6 in the 2017 Pan-Am Intercollegiate Championships held December 27–30 in Columbus, Ohio. The 58 team event was won by top seed Webster University of St. Louis (average rating of 2724!) with a score of 5½ from 6.

Mechanics’ Chess Club Director John Donaldson was recently interviewed by Ben Johnson for the Perpetual Chess Podcast. Topics covered were Bobby Fischer (Donaldson and co-author International Master Eric Tangborn recently completed a five volume series on him which is currently only available on Kindle), the Mechanics’ Chess Club and tips on how to improve. The two-hour interview is here.

This is a fairly sophisticated game for John. It has a precedent. Did John study that prior game? I have no idea, but John’s conduct of the endgame proves that he fully understood the position. The annotations are by John from The California Chess Reporter, Vol. XVII, No. 6, May-June, 1968. Additional comments in brackets are by me.

With Weinberger leading by a half point going into the last round he is not willing to play the more aggressive 7.d5. He wants to play safe. He later criticized himself for not playing more aggressively during the game. He follows these same tactics down the path till he gets a lost game. One must be willing to fight in a Swiss system tournament where one would not normally want to do so in a round robin. A valuable piece of John’s philosophy.

Botvinnik analyzed that 8.d5 is more accurate than 7.d5. 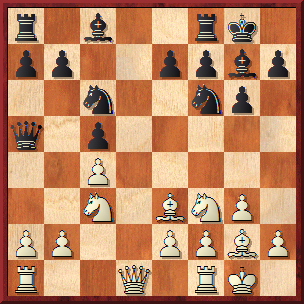 This is going too far. Best is 10.Bd2 though latest analysis seems to indicate 10….Bf5 will equalize for Black.

After this last move by Black, I would go as far as saying that White now has the worst of the game and is probably lost. The tactical justification of my last move is that of 12.Ne5 Nxe5 13.Bxa8 Bd7 and Black is attacking two pieces at once. 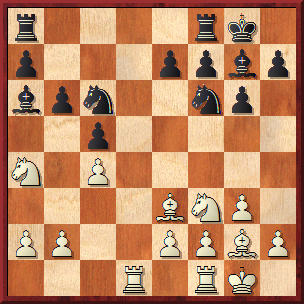 With this move Black attacks White’s c-pawn and covers the square b5 which will turn out to be a key point later on. Evans gives 12….Bb7 in MCO 10.

See note after move 12. Also note that 16.Nd5 was impossible because after all the exchanges on d5 White’s e-pawn is hanging.

White now tries to get some play, but it’s too late. 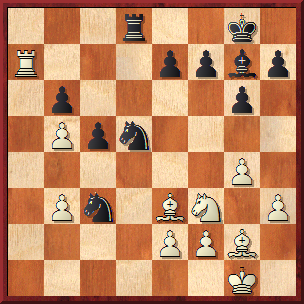 White’s loose pawns will not run away. First of all Black activates his last piece and lays the groundwork for a small tactical twist.

The end of Black’s little combination. He is now not only material ahead, but also positionally, as White’s pawn structure is extremely weak. Black’s last move is best as it protects his e-pawn and at the same time fixes White’s kingside pawns.

A sad necessity, otherwise 27….b5 followed by the advance of the c-pawn wins rather easily. 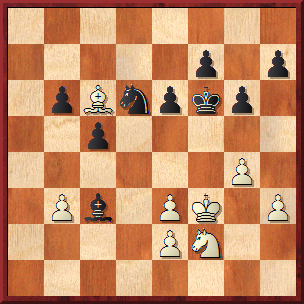 Better is 32.h4 to stop Black’s next move, which is based on the following ideas. 1) If White exchanges into a bishop of opposite color ending he loses a second pawn. 2) Black will eventually play ….f5 and secure two passed pawns on the kingside. Either line results in a win for Black.

After the game Weinberger claimed this was a mistake and he should have been able to draw someplace, but he lost the postmortem also. 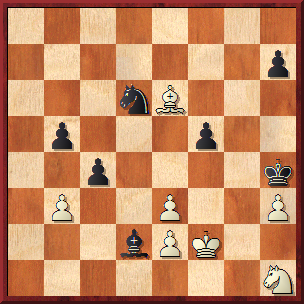 The passed pawn wins the game, and the white king can do nothing about it.

In this endgame White’s king maneuvers clearly demonstrate his hopelessness.

In Newsletter #812 we wrote about the old home of National Master Fred Wilson’s bookstore, which until December 20 was located at 80 East 11th street in Greenwich Village. This building not only housed the bookshops of Wilson and Albrecht Buschke and the U.S. Chess Federation, but also Marcel Duchamp as FIDE Master Allan Savage writes:

The quote from Fred Wilson concerning his 80 E. 11th Street building was most interesting. I knew about all the chess connections except Morphy (how many knew that?).

In spite of all the notoriety involved, it is possible that the most significant one was the Duchamp connection. His fourth-floor studio that Fred so innocently mentioned was the site of Duchamp’s very secret last art work, Étant donnés, which was revealed only after his death in 1968. The assemblage was installed in the Philadelphia Museum of Art in 1969, where it still stands today. It is known that the existence of the USCF office in the same building was the perfect subterfuge excuse that Duchamp used for slipping into his studio, and secretly working on the project. What’s more, his choice of that studio was surely influenced by the black and white chessboard-like tiled floor there, that is a hidden part of the assemblage today (see Manual of Instructions for Étant donnés [Philadelphia Museum of Art, 1987]). Duchamp’s devotion to chess throughout his entire life was even subtly carried forward after his death.

The December 29 edition of the New York Times featured an op-ed piece by Dorsa Derakhshani titled “Why I Left Iran to Play Chess in America.” The 19-year-old International Master was banned by the Iranian Chess Federation in February 2017 for playing in the Gibraltar Chess Festival the previous month without wearing a hijab. Her 15-year-old brother Borna was also banned—his crime was playing an Israeli Grandmaster in the same tournament. Ms. Derakhshani is now attending St. Louis University, where she also plays on the chess team.

The recent King Salman World Chess Championships, held in Riyadh, Saudia Arabia, also attracted controversy. Most of the best players in the world competed in the blitz and rapid competition, which featured a staggering $2 million dollars in prizes, but Israeli participants were not to be found, as the Saudis reneged on a pledge to grant visas to them.

The noted musician Gabe (Gabriel) Kahane (peak USCF 2142) played in a bunch of Bay Area tournaments circa 1996–98 and was a pupil of FIDE Master Eric Schiller. A thoughtful article by him on bringing people together can be found here.

Grandmaster William Lombardy is remembered as one of the greatest talents American chess has produced. Many will recall his perfect score in the 1957 World Junior, but even more impressive was his performance in the 1958 Olympiad. There the 20-year-old Lombardy scored 11/17. While ostensibly the second board for the U.S., Lombardy saw plenty of action on board one, as Sammy Reshevsky was only available for 11 of the 19 rounds.

Interestingly, Lombardy might have played every game if not for an accident that occurred during the middle of the tournament. John Mulliken, writing in Sports Illustrated (November 3, 1958), explains what happened.

Driving a car lent by the Munich branch of Coca-Cola, Lombardy skidded on wet cobblestones, crashed and was badly stunned. It was two days before he could play again.

This was rounds 3 and 4 in the finals.

Can you guess the two players in the following photo? Two hints—both players grew up in Washington State; one became a well-known Grandmaster and the other an International Master. The answer is given below after This is the end. 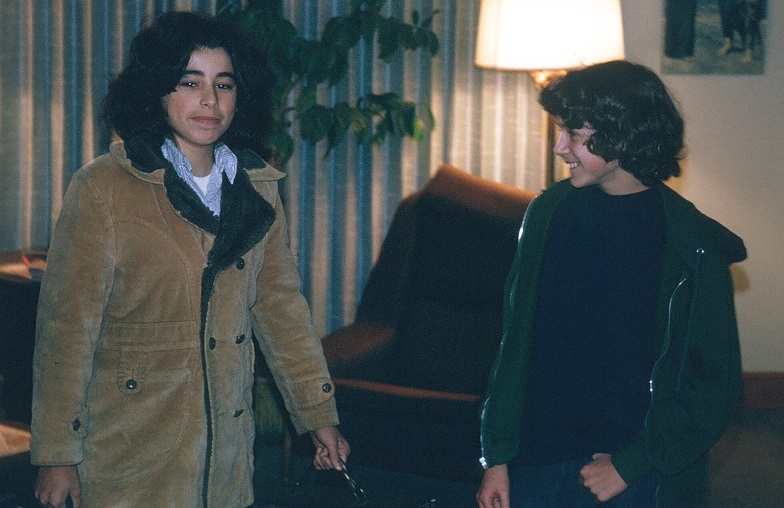 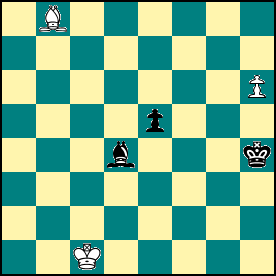 1 Ba7! This is the only winning move 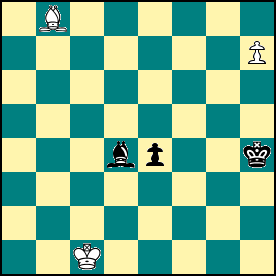 With h8 covered, White can only draw, at best. 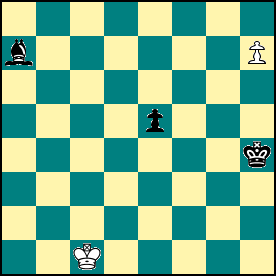 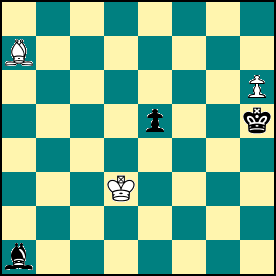 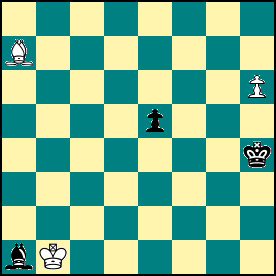 Also, the only move to avoid a draw. 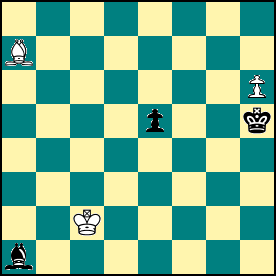 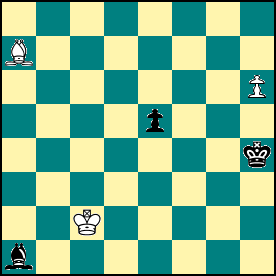 The difference here is that White moves toward the center while gaining a tempo by attacking the bishop. 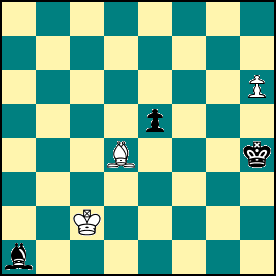 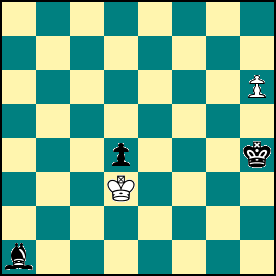 Black to move (analysis, after 5 Kd3) 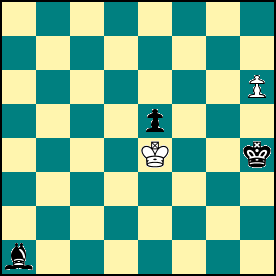