His path in chess is best characterized by finding the hidden dynamics and coordination between minor pieces. In the later stages of his career, I remember how we—his colleagues—begged him, “Paul, look at this for a second!” (because in the toughest moments even the masters of the chess world put their faith in miracles from some higher power). This was usually followed by a slightly ironic, “Well, I might take a look...” and immediately the bored pieces sprung to life.

The Spring Tuesday Night Marathon has sixteen perfect scores after two rounds. Most of the leaders are Masters or Experts, but three Class B players—Patrick Donnelly, John Harris and Peter Sherwood—are in the mix, thanks to some major upsets. It is still possible to enter the 125-player event with half-point byes for rounds one and two.

The Mechanics’ Institute Chess Club will be closed on Easter Sunday, April 1.

March 21 (16 players): Jules Jelinek won with a score of 9 from 12. National Master Anna Matlin was second at 8½ followed by Joe Urquhart, Max Tinski and Nate Kranzc at 8.

This short, decisive game was “The Game of the Month” in The California Chess Reporter, Vol. XIX, No. 1, July-August, 1969. Annotations are by John, except for mine in brackets and unmarked editorial corrections for manuscript consistency.]

This game was played in the last round of the John Gilbreth Memorial when I was leading Jim Lazos, Jerry Hanken, and Bill Maillard by half a point. To make sure of first place I had to win the game (Lazos actually did beat Hanken.).

Before my first move I spent about six minutes wondering what to play. I did not want to play 1.e4 because Maillard plays the French Defense and therefore why should I let him play something he knows and feels comfortable in? I decided to play a slow positional game. It does not contain a lot of fireworks and brilliant points, but it was the best game I played at the Gilbreth.

At this point I decided to treat the opening as a Reti. My main concern was whether my d4 square would be weak or strong after I played e4. I didn’t see any way for him to take immediate advantage of it so I decided to go ahead with the Reti setup.

Better for Black is 7….Bg4 as several recent games have shown. The idea is to play ….Bxf3 followed by either ….e6 or ….e5; Black has been able to eliminate his “bad” QB.

I spent a few minutes looking at 8.Qc1 instead of the text. This would support the c1-h6 diagonal, but would not help in playing e4….so the text.

This does not conform to the position. Black should strive for ….e5 so he should play 8….Re8.

With White’s last he has carried out his entire opening plan and Black has yet to form one.

A better try is either 10….Rc8 or 10….Re8. With the text it looks as though Black is obtaining some play, but that is an illusion.

This move is forced but it does several things: 1) Indirectly protects his e-Pawn and 2) Overprotects his d3 and d4 squares. Black’s last has the idea of placing his QN on e6 where it would cover a few vital squares in the center.

Now e6 is ruled out for the knight as White’s reply of Bh3 is very uncomfortable for Black. 11….Qc7 had to be tried. 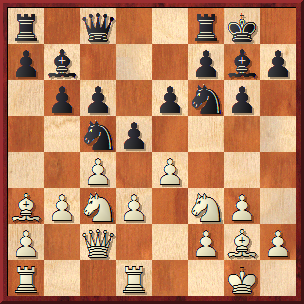 This has the threat of 14.e5 and 15.d4 winning the exchange. Maillard mentioned that 14.Bxc5 was also a threat leaving him without any play on the queen-side, and then proceeding with a king-side attack by White. This idea occurred to me, but only after Black had exchanged in the center, not before. The difference is that White then has his e4 available for his pieces.

Admittedly these lines are long and complicated and there may be improvements on both sides, but they give an example of how White should play the position.

This is Black’s best practical chance of obtaining counter-play. He could have chosen 17….Nc7 with a passive defense, but White could proceed with a king-side attack while Black just waits. 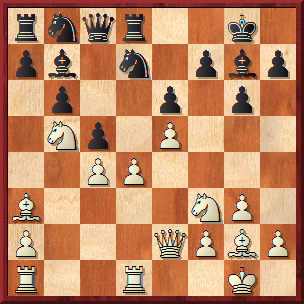 White was only gaining some time on the clock. 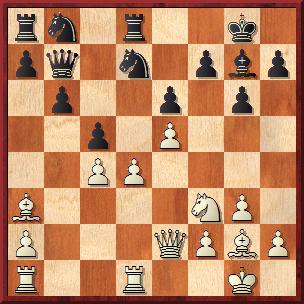 Black’s last few moves have been forced. 25….Rc8 was better, but White still maintains his edge by 26.Qe3. 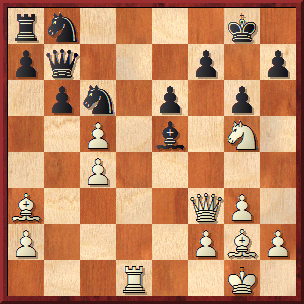 The dates for the 2018 Grand Chess Tour events will be as follows:

The participants and their method of qualification:

The Southwest Open has a rich tradition going back to 1935 and the list of winners includes a number of players associated with the Mechanics’ Institute, such as the late William Bills and Ray Schutt, as well as C. Bill Jones and Max Burkett. The latter, whose bulletins preserved thousands of games played in California in the 1970s and 1980s including many of the Lone Pine tournaments, has made his home in Missoula, Montana, for many years.

Newsletter 813 included a photo of Bobby Fischer’s good friend and long-time Mechanics’ member Jim Buff. Here is a much better image of him taken by International Master Elliott Winslow. 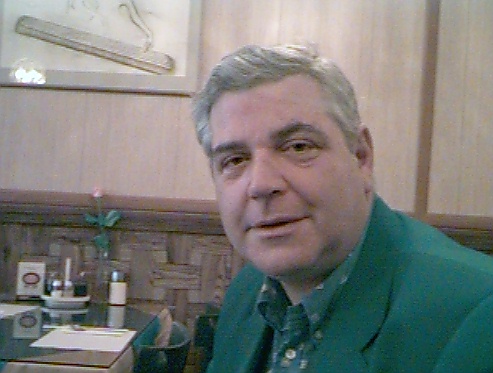 Books like Reassess Your Chess (four editions) and The Amateur’s Mind have sold tens of thousands of copies and made International Master Jeremy Silman one of the most-read instructional authors in the world for players between 1200 and 1800.

Silman is not only a best-selling author. In his prime he was also a strong player, which can be seen in the following two smooth wins over Grandmaster Peter Biyiasis.

Who has the advantage in this position from a grandmaster game? 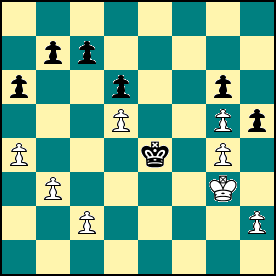 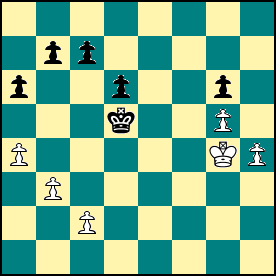 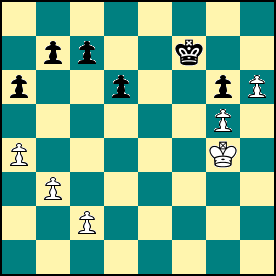 The right way is for Black to give up another pawn:

White is about to be trapped at the edge of the board, but he has no choice. If 2 Kf2 Kxd5 3 Ke3 b5 and Black’s queenside pawns will prevail. 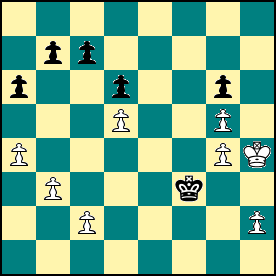 No better is 3 Kh3 Kf2, as the king is still confined. 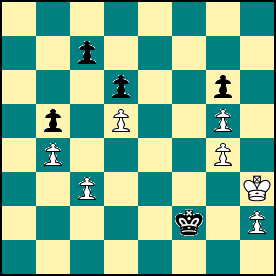 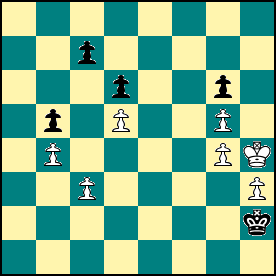 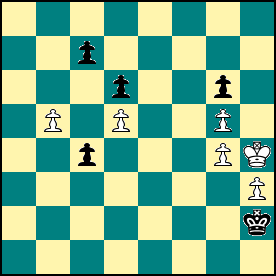 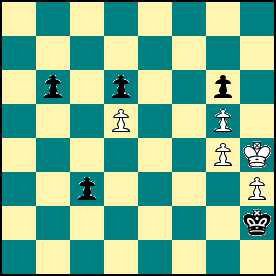 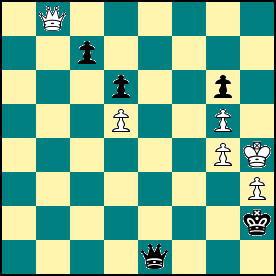 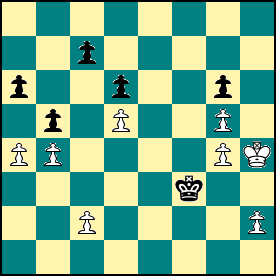 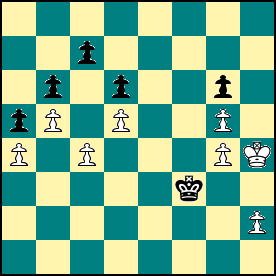 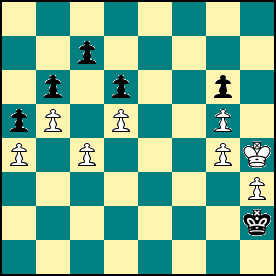 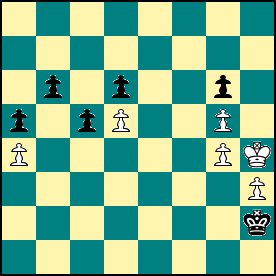 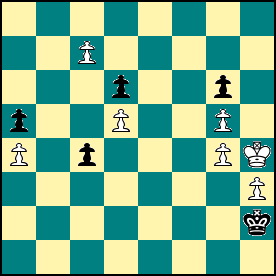 Black to move (analysis, after 9 bxc7) 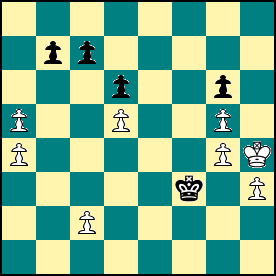 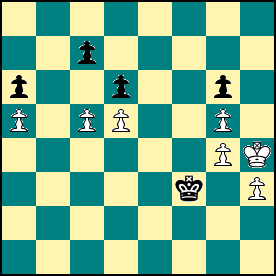 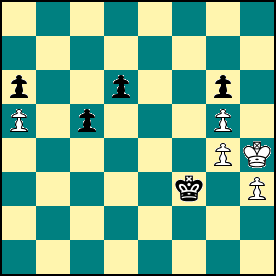 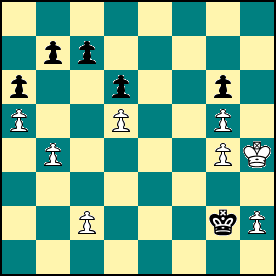 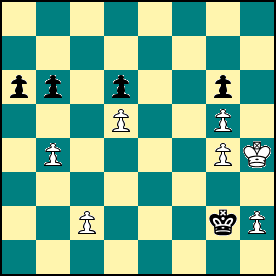 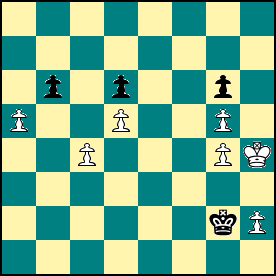 Black to move (analysis, after 7 bxa5) 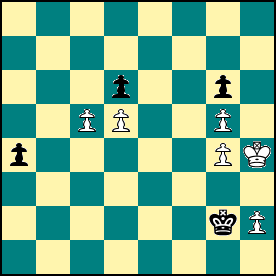 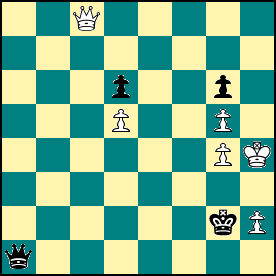 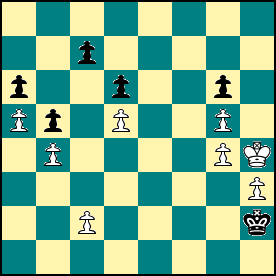 White resigned, because he is still in zugzwang. 6 c3 Kg2 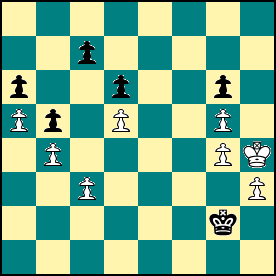 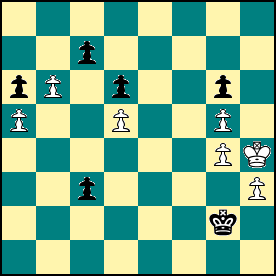 This ending occurred in the game Ivanchuk–Yue Wang, Sofia 2009, and is analyzed in the excellent Nunn’s Chess Endings, vol 1.