As Keres aged, he became increasingly sociable, witty and probably also affectionate. The last tournament we played together was in Wijk aan Zee (1969). I caught a cold, but continued playing. I am lying in bed, analyzing the adjourned position against Portisch on a pocket chess set—a difficult endgame... Unexpectedly, there is a knock on the door and Paul comes in, “So, can you save it?” I explain that after a long search I’ve found a single drawn position, but I can’t work out how to obtain it. Keres took my pocket chess set, thought for a while and, giving the chess set back, said, “Well, what if you play like this?” We looked at each other and were overcome with uncontrollable laughter—Paul had found a simple way of obtaining the position I was looking for. When we resumed play, Portisch was stunned This is how he was robbed of 1st place.

National Masters Conrado Diaz and Derek O’Conner are the only remaining perfects score after round four of the Spring Tuesday Night Marathon. International Master Elliot Winslow and FIDE Master Ezra Chambers lead a large group a half point back. There are 134 players in this TNM making it the third consecutive event in the series to attract over 130 entries.

FIDE Master Ezra Chambers defeated National Master Conrado Diaz to take top honors in the 18th Imre Konig Memorial G/40 held April 7. Chambers scored 5–0 and Diaz and Expert Michael Da Cruz were a point back in the 30-player event. Class A player Stewart Katz finished out of the money but his 3–2 score was achieved against tough opposition (a win over National Master Paul Gallegos and losses to Chambers and Diaz).

The Mechanics’ Institute Chess Club is always open to out of town visitors. Grandmasters Alexander Huzman and Carlos Matamoros were recently at the club, as was Liverpool Chess Club President James Gallagher. The Liverpool CC (founded in 1837) is 17 years older than the Mechanics’.

Visitors to the Mechanics’ Chess Club on weekday afternoons the past decade would often have seen two well-dressed gentlemen squaring off in a seemingly endless series of games. They never used clocks, but always kept score, their marathon encounters drawing comparisons to the La Bourdonnais–McDonnell matches.

One of the players, Robert Frank, is a regular participant in the Tuesday Night Marathon, but to our knowledge his fellow competitor, Martin Lester O’Shea, who went by Lester, never played a tournament game. That didn’t prevent him from loving chess and the Mechanics’ Institute, of which he was a faithful member for many years.

Martin Lester O’Shea died on March 12 in Walnut Creek, after a brief illness. He was 79 years old. He was born in San Francisco to Martin and Karola Bergmann O’Shea on December 6, 1938, and grew up in Noe Valley at a time when there were still unpaved streets and residents kept livestock.

Lester was first in his class at Lowell High School and then went on to Stanford University and graduated in 1959 with a degree in economics and membership in Phi Beta Kappa. He was awarded a Fulbright Scholarship and attended Pembroke College at Oxford for two years. Upon returning to the United States he attended Harvard, earning a MBA. He was the editor of the Harbus News, the publication of the Harvard Business School.

After a number of years in finance and real estate investment, he returned to his studies at the Golden Gate School of Law in San Francisco and received his law degree in 1996. Lester always had a keen interest in politics and government. He ran for citywide offices in San Francisco, and was chairman of the SF Republican Central Committee. He was appointed to several government boards, state and national: The National Advisory Council on Adult Education (1983), the Board of Foreign Scholarships (1987), and the Commission on California State Government Organization and Economy, better known as the Little Hoover Commission (1984-88).

He was the author of three books on government and society, reflecting his political philosophy, and showcasing his incisive writing style.

Lester had varied interests and, some would say, eccentricities. Until two years ago he refused to relinquish his 1982 Jeep Wagoneer until it could no longer be repaired. He played the violin and read and studied Latin classics—in Latin.

Mostly he loved being outdoors, especially the high country of the Sierras on pack trips, and holidays in Yosemite. He was proud that he had climbed Mt. Whitney, Mt. Shasta, and many other western peaks. Lester’s favorite home was the cabin in a remote location in Placer County, a place visited a few people, lots of creatures, and unfortunately by bears who plundered the cabin for groceries. Actually, it is a small house, off the grid, but offering all the amenities for comfort and well-being, including a swimming pool. He spent many weekends there, especially in the summer and fall.

At home in the East Bay, he walked or hiked every day in Briones Regional Park, the Contra Costa Canal Trail, and the Lafayette Reservoir. He is survived by his wife, Camille de Campos, whom he met at Stanford, and daughters Laura O’Shea (Geoff Vaughn), Amy Hunt (Harry), and Amanda O’Shea and five grandchildren.

In Newsletter #804 we wrote about the noted chess historian and book dealer Fred Wilson who reached a 2200 USCF rating for the first time last fall. At the time we wrote that the late Oscar Shapiro holds the American record for oldest player to become a master for the first time (age 74).

Since then we found the following information in the September 1991 issue of Chess Life (page 597).

Here and There
Long-time USCF friend Bernard Friend reports this game, played at the Dumont Chess Club, apparently earned him the Master title. If so, this is the culmination of a rather long hunt—going back to 1939, when a tournament draw with Reuben Fine first roused his ambitions. He asks whether this is a record—has any player earned the Master title at a later age than 71?

Friend was born April 22, 1919, and the game was likely played no later than May or June to make it into the September Chess Life. So he was no more than 71 years and two or three months old while Wilson was 71 years and 6 months. This means the oldest American player to earn a Master rating over the first time is Oscar Shapiro followed by Fred Wilson and then Bernard Friend.

National Master John Hillery was a man who wore many hats in chess including player (national master), organizer, tournament director, administrator and editor. He was also an excellent correspondence player as the following game, annotated by his good friend International Master Jack Peters, shows.

Hillery’s opponent, Michael Wierzbicki of Wisconsin, did very well in the 1971 US Junior Open in Portland, tying for third with a young Larry Christiansen behind Peter Biyiasas and John MacPhail. Wierzbicki has been a psychology professor at Marquette for a long time. The USCF MSA (which goes back to September 1991) has his highest over-the-board rating as 2320, but he was likely higher than that in the 1980s. 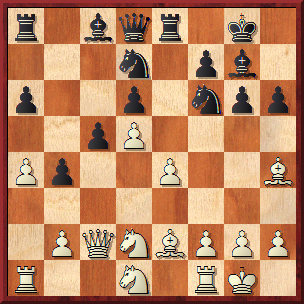 Heading for c4 via e3. Before White can establish a bind, though, Black has two opportunities for counterplay. 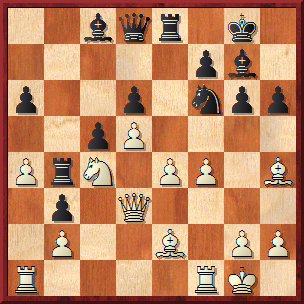 Nunn’s recommendation. The fight intensifies, and Black’s chances are no worse. 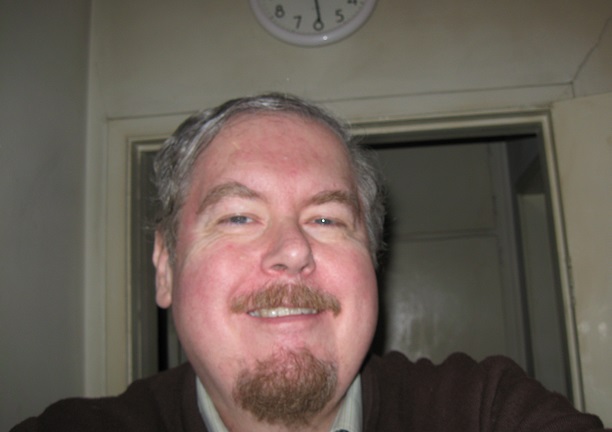 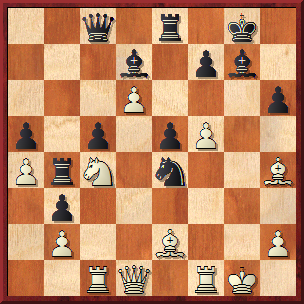 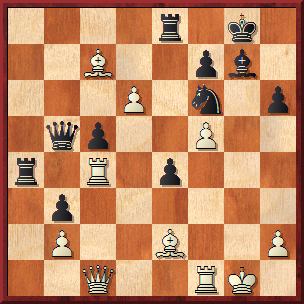 From this point, Hillery foresaw the artistic finish. 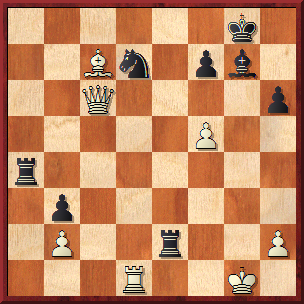 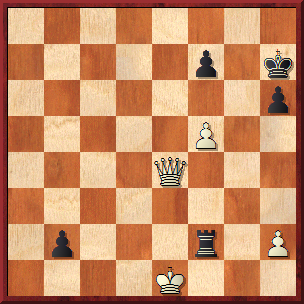 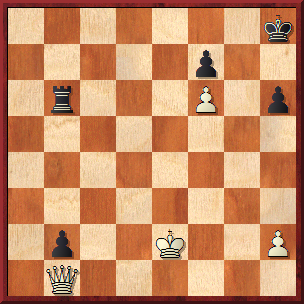 Viswanathan Anand is still rated in the top 10 in the world at 48, a position he has occupied for close to three decades. Twenty-five years ago he offered his insights in what is needed to stay at the top.

A study of your ELO points pattern over the years shows that you have never really suffered a serious slump in your career. Spectacular as this is, how do you guard against a slump and the negative feelings that this might engender?

My ELO ratings have been fairly stable, I should say. But this can be deceptive stability. One can settle into a steady, comfortable pattern. At some point you have to tell yourself that you have to break it. It is often a problem of confidence. When you have a low rating, you improvise, gamble a lot. When you have a high rating, you tend to play safe and protect it. For instance, earlier this year, I found myself settling into some kind of a comfortable pattern. Then I saw the danger. A trainer in Moscow told me my openings showed that I was trying to be what I was not. You have to design openings for your style. Talking of a steady pattern, I found that I always used to have easy wins early on, get to the semifinals and then crash out. I would self-destruct when it came to the crunch. In the Immopar tournament (France), I finally solved the problem. I made some conscious efforts to deal with the internal pressures.

Surely, it takes more than knowledge to survive at the top in chess?

It does. More than knowledge, you have to feel good on the day. You shouldn’t always think of your rating. For instance, in the top tournaments now, I have to score at least 50 per cent to hold on to my current rating. And this itself can bring a lot of pressure. But ultimately it is all about confidence. I lost my eighth game to (Anatoly) Karpov (in the Candidates series) because of a lack of confidence. Halfway through, doing well, I thought it was over. He hung in there and it was soon over for me.

This article was published in The Sportstar of December 19, 1992 (link).

Former Irish champion Eamonn Keogh represented his country in the 1966 Olympiad. Here he shares an anecdote about Bobby Fischer.

“We were in Cuba for six weeks and after that myself, Ray Cassidy, and other players, including Bobby Fischer, stayed on as guests of the government for another two and a half weeks. I remember asking Bobby in night club in Havana if he would play in a tournament in Ireland. ‘Sure’, was the reply, ‘that’ll be $25,000’. He was great company actually, and absolutely idolized by the Cubans.”

John Henderson has written a first-rate tribute to the late Eliot Hearst.

This position is from analysis of a GM game. 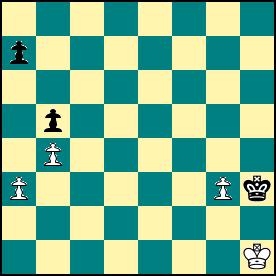 Black’s plan is straightforward: capture all the white pawns, then promote one of his own. 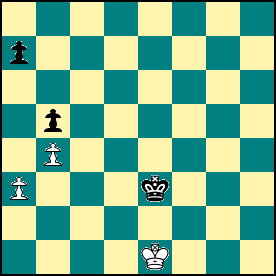 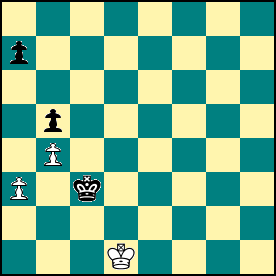 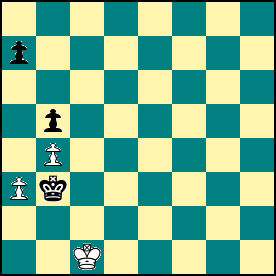 But instead, White finds a saving resource. 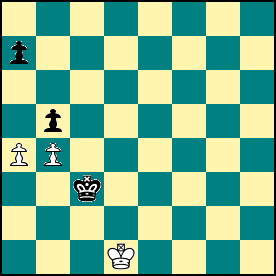 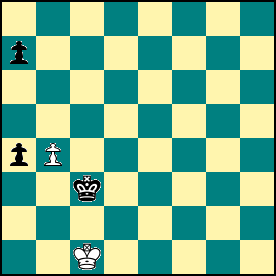 Black to move (analysis, after 7 Kc1) 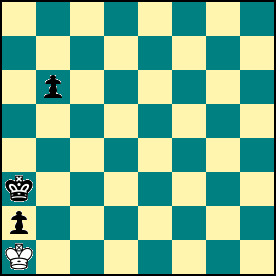 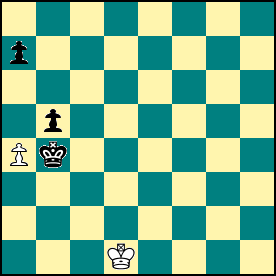 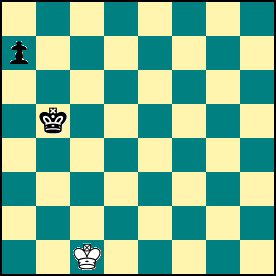 Black to move (analysis, after 8 Kc1) 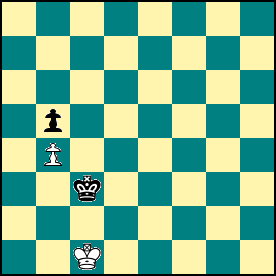 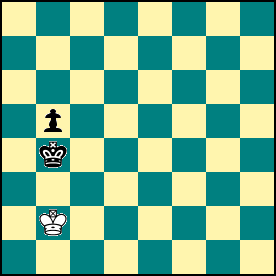 White has the opposition, so it is a draw. White to move would lose.

The starting position is from an analysis of the game Erich Cohn–Akiba Rubinstein, St. Petersburg 1909, in which Rubinstein and Emanuel Lasker tied for first with 14½ of 18, 3½ points ahead of the third-place finishers. The position could have occurred if White had played differently; it did not occur in the game.

The entire game is here, and the analysis of the position which appears there is taken from the book, The Greatest Ever Chess Endgames, by Steve Giddins.