I’ve long felt that Caruana has the strength to be almost at my level, but he hasn’t been stable enough. This year he’s been very stable, and it’s meant that he’s approached my rating and qualified for a battle that’s going to be very tough.

The World Championship match between Carlsen and Caruana will be held November 11–30 in London.

The Mechanics’ will host the 47th Carroll Capps Memorial this weekend.

The Vartan Bedjanian Memorial, doubling as the 2018 Mechanics’ Chess Club Championship, is the 21st consecutive Tuesday Night Marathon to attract triple-digit attendance. Among the 103 competitors are International Master Elliott Winslow and FIDE Master Ezra Chambers. It’s still possible to enter the nine round FIDE- and USCF-rated event with half-point byes for rounds one and two.

From round 2 of the Bedjanian Tuesday Night Marathon:

Jules Jelinek and Munci Inonu of Turkey tied for first in the October 24 edition of the Wednesday Night Blitz. Noted problemist Gady Costeff was third.

Vince McCambridge and Elliott Winslow are the headliners for the North Bay Chess Festival in Novato next March. The two International Masters will give 20-board simuls and the two day event will feature a first prize of $1000. Check here for more information on possibly the biggest tournament ever held in Marin County.

8-time Russian Champion Peter Svidler defeated reigning U.S. Champion Sam Shankland 3½–2½ in a match held October 20–27 in Hoogoveen, Netherlands. Shankland, who lives in Walnut Creek, is currently rated number 29 in the world at 2724 and fourth among American players, after Fabiano Caruana, Wesley So and Hikaru Nakamura.

Polish Grandmaster Radoslaw Wojtaszek defeated Arkday Naiditsch of Azerbaijan in a playoff to win the 2018 Isle of Man ahead of a field that included 20 players rated 2700 or higher. The two winners score 7 out of 9. Among those a half point behind were Americans Hikaru Nakamura and Jeffery Xiong. The 17-year old Xiong had an exceptional event scoring 3 from 5 against five world class players with an average rating of over 2750. His performance of 2811 brings him to 2676 making him the highest rated player in the world under 18.

Grandmaster Emil Sutovsky and International Master John Donaldson will be among the panelists at a seminar on Mikhail Botvinnik, co-sponsored by the Davis Center for Russian and Eurasian Studies and the Center for Jewish Studies, Harvard University, as part of their “Great Russian Jews Who Shaped the World” series. More information on this free event to be held April 10, 2019.

The Mechanics’ won the ten-player team competition with 36½ points, led by top scorers Kevin Yanofsky, who won the A section with a 5–1 score, and Ashik Uzzaman and Kristian Clemens, who were a half-point behind him. Another outstanding performance was turned in by Renate Otterbach (rated 1287) who, playing up in the C section, scored 3½–2½ to gain 109 rating points. Renate has gone from 901 to 1395 in the past four months, a remarkable rate of improvement for any player, particularly so for someone who didn’t take up the game until the age of 55, but has been playing tournament chess since 2011.

Sprague was never a professional player, but that didn’t stop him from being one of the best players in the Midwest for three decades. His peak rating on the USCF MSA, which goes back to September 1991, was 2416 in 1992, and he might well have been higher earlier in his career.

Sprague joins Milan Vukcevich, Robert Burns, Richard Noel, James Harkins, Richard Kause and James Schroeder as departed giants who made Cleveland one of the most important chess centers in the United States in the late 1960s and 1970s.

Here are some previously-unpublished games of A.J. Fink, which were found in the archives of the late Peter Grey. Fink, was along with Walter Lovegrove, the standard-bearer of MI chess before World War Two.

The May 1939 issue of Chess Review reports that two of the MI players, Charles Bagby and A.J. Fink, drew a ten-game match 5–5. Neither player was ever ahead by more than a game, and Fink won the last to force the tie.

The following game is from this match. 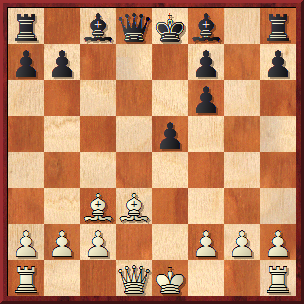 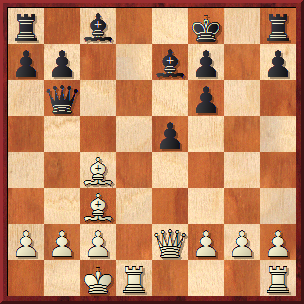 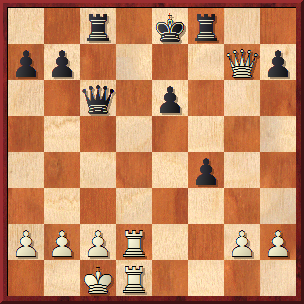 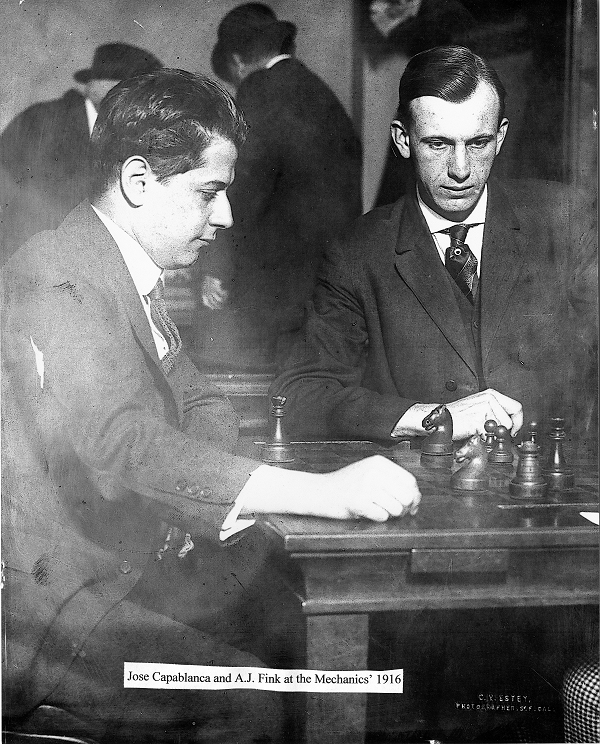 This photo of A.J. Fink and Jose Capablanca, was taken in April 1916 by the noted photographer C.V. Estey. 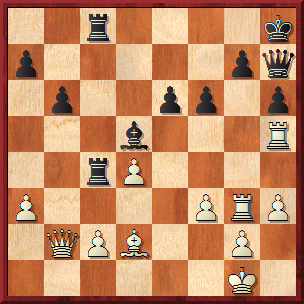 What can White expect from this endgame? 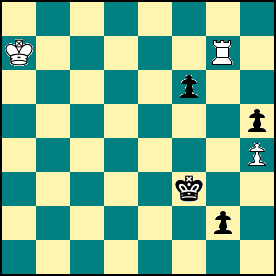 The text is White’s only saving move. After 1 Kb6? Kf2 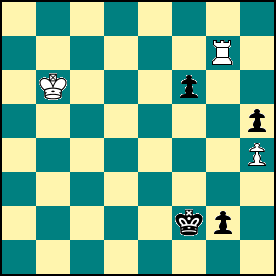 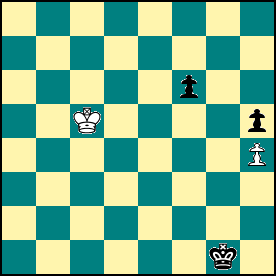 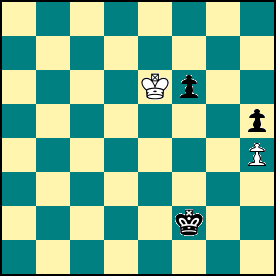 Black to move (analysis, after 5 Ke6) 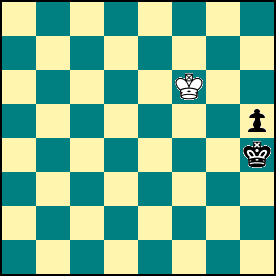 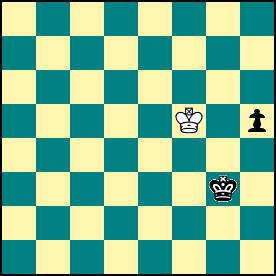 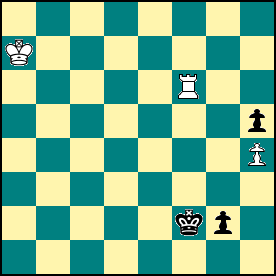 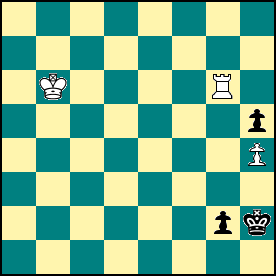 Black to move (analysis, after 4 Kb6) 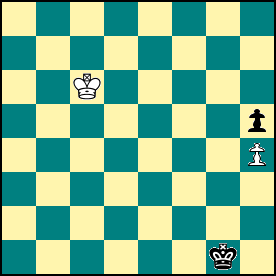 Black to move (analysis, after 6 Kc6) 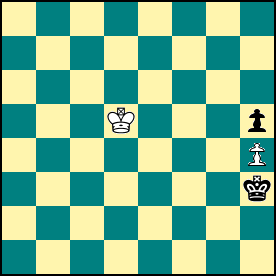 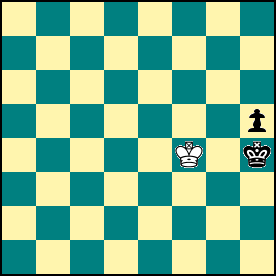 Black to move (analysis, after 9 Kf4) 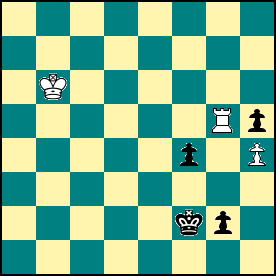 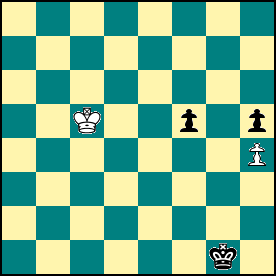 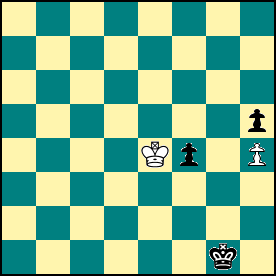 Black to move (analysis, after 6 Ke4) 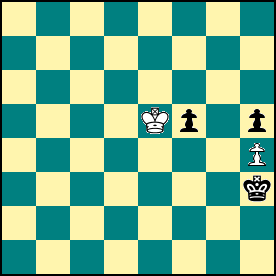 The position is from the game Christopher Lissang–Hatim Al Hadarani, from the Sweden Team Championship Elitserien 2015–16 (Elitserien in Swedish means “the Elite League”). It appears on ChessBase Magazine #172 (June/July 2016).