This is the danger. Also in this game the clock is ticking down, I think there are now 11 moves to go to the time control, and if you don’t find something you can get paralyzed, and you just sit there and you’re thinking, “where is my win?” instead of just doing something practical that preserves a large chunk of your advantage. That’s how you lose.

—Magnus Carlsen, commenting on a game where
China’s Li Chao was struggling
to find a winning plan against
Ukraine’s Anton Korobov
at the 2018 Batumi Olympiad.

Carlsen’s entire commentary can be found at Chess 24.

From round 4 of the Bedjanian Tuesday Night Marathon:

Steven Kim won the November 14 edition of the Wednesday Night Blitz Tournament with 11 point from 12 games. Second was Greg Lope with 10 points and tied for 3rd through 5th were Jules Jelinek, Felix Rudyak, and Cailen Melville with 7 points each. 11 players participated.

The Mechanics’ Institute library has one of the finest collections of chess literature in the United States. This includes not only close to 2000 books on all aspects of the game, but also many periodicals, including complete runs of the British Chess Magazine (starting in 1881), Chess Life and Chess Review.

The collection has been built up over many years, with the M.I. continually buying new books and members contributing volumes from their libraries. Two recent donors, Gordon Brooks and the late Michael Leidner (through his good friend Paul Scott), have been especially generous. We thank them and Kerry Lawless, who very kindly helped to transport the books from Southern California.

Among the donations were many high-quality titles from New in Chess, Everyman Chess and Quality Chess. The last has definitely raised the bar in terms of quality, both in content and production qualities. The MI has many Quality Chess titles which are focused on helping players improve their game. This includes two great series which can be read stand-alone or as part of a course.

For intermediate players the Mechanics’ has all of Artur Yusupov’s outstanding cycle (Build Up Your Chess, Boost Your Chess and Chess Evolution) which is now up to ten volumes. Each of Yusupov’s works offers a mixture of tactics, endgames, strategy, positional play, openings, and, how to calculate. Dozens of exercises offer the student opportunities to test what they have learned, following the Quality Chess formula of actively engaging the student as much as possible. This is a series which will not only benefit mid-level players (roughly 1600–2200), but also stronger players looking to fill in gaps in their understanding of the fundamentals—a common situation for those who did not have the benefit of a teacher in their formative years.

Stronger players (2200 on up) who work their way through the six-volume Grandmaster Preparation, by Jacob Aaagard, cannot help but improve their understanding of the game and enjoy improvement in their practical results. Among those Aaagard’s work has helped immensely is reigning U.S. Champion Sam Shankland, who grew up playing at the Mechanics.

When you join the Mechanics’ Institute all the ingredients for chess improvement (tournaments, classes, lectures and a first-rate library) are available to you.

The Mechanics’ has hosted many invitational tournaments over the years, starting with the California Chess Congress in 1858.

That year three San Francisco chess clubs joined together to host the Congress: the Mechanic’s Institute, the German Chess Club of San Francisco, and the Pioneer Chess Club. A committee was formed to manage the event, its members being Selim Franklin (President of the Congress), W. Schleiden, D.S. Roberts, Wm. R. Wheaton, Geo. Pen Johnston, Willard B. Farwell, Thomas Bryne, B.F. Voorhies, Edward Jones, Charles Mayne, M. Eilas, and H.R. Bacon. Entrance was fixed at five dollars, and players were to be divided into classes according to ability.

In 1923 the MI hosted the Western Chess Association Championship; a large photograph of the participants hangs near the entrance of the Chess Room. This event was grandfathered in as a U.S. Open when the USCF was formed in 1939.

In 1961 the U.S. Open was held across the street at the Palace Hotel, and with close to 200 players, set a record for most participants to date.

In 1987, 1991 and 1995 the MI hosted the Pan Pacific Internationals, all of which were held off-site. These are the strongest events ever organized by the Mechanics’, and included the participation of former World Champion Mikhail Tal, the legendary Viktor Korchnoi and Women’s World Champions Susan Polgar and Xie Jun. 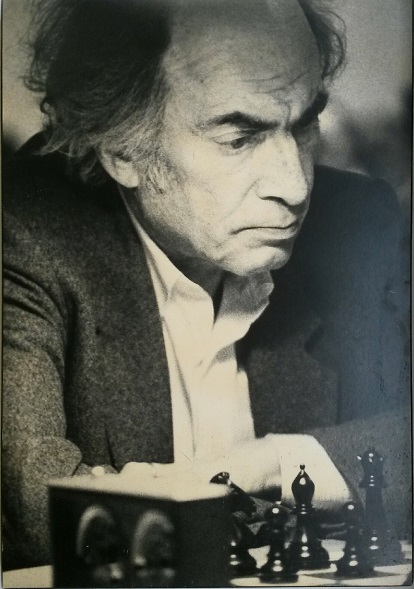 This oversized photo of the great Mikhail Tal was taken by Richard Shorman in 1991. It was donated to the Mechanics’ Institute by the late Alan Benson and hangs in the Chess Room Annex.

The Konig Memorials (2002, 2007, 2012 and 2017), generously sponsored by Tibor Weinberger in honor of his friend the late Imre Konig, were also quite strong, with Hikaru Nakamura playing in the first event while still an International Master. Konig, who lived in San Francisco from roughly 1953 to about 1971, was the first International Master to call the MI home.

The Mechanics’ also organized four Grandmaster Norm tournaments in the mid- to late-1990s put on by Chess Room Director James Eade, the MI director from 1996 to 1998.

One of the high points for the MICC was during the period when FIDE Master Mark Pinto served simultaneously as MI Executive Director and President of the MI Board of Trustees. This was during late 1998, 1999 and early 2000; during this time the Mechanics’ hosted many events, including the Neil Falconer, Val Zemitis and Arthur Dake invitationals, U.S. Junior Closed and a U.S. Cadet Championship.

Last but not least the Mechanics’ Institute hosted the Bagby Memorial, which doubled as the Northern California Championships, from the late 1970s to the early 1990s. The late Michael Goodall organized and directed these eight-player round robins.

4) A chess poem by Dennis Fritzinger

lone pine
at the foot of
mt. whitney

on the main drag
the place crowded
with chessplayers

some names
that have flown in
from europe

others that
have driven up
from los angeles

this is classic
california
at its best

i was there
at the time
hurrah for me

International Master Elliott Winslow brought this remarkable game to my (JD) attention. Black first sacrifices a bishop, then a rook followed by another rook and lastly his queen!

US Chess Hall of Famer Isaac Kashdan is one of the greatest American players of all-time. One of the best players in the world in the late 1920s and early 1930s, he scored 80 percent representing the United States in five Olympiads, winning four team and five individual medals.

His opponent Boris Siff (1911–1998) became an USCF Senior Master (rating of 2400 or higher) for the first time at the age of 72 in a tournament (LERA) in Sunnyvale, California. This was a remarkable achievement, although it should be pointed out Siff was a very strong player back in the 1940s before the introduction of USCF ratings. Also, he did not play much in the 1960s and 1970s. Still, playing 2400 chess at age 70+ is something quite special. Learn more about Siff here.

5...Bxc3+ is the normal move here. Now White has a3 for free, which can often be a useful move whether the first player opts for a Carlsbad structure with cxd5 or plays Bg5 or Bf4 meeting ...c5 with dxc5, when the followup b4 could be a strong threat. Kashdan was only a part-time player by the late 1940s and likely wanted to avoid theory. He is not the only strong player to give 5...Be7?! a try. Boris Spassky and Eduard Rozentalis (multiple occasions) also did so. 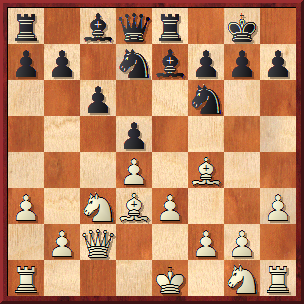 A standard position in the exchange variation of the Queen’s Gambit Declined has been reached with White having the extra move a3. It might seem the extra is for nothing since White will likely play a4 (in conjunction with b4) at some later date, but Karpov in the late 1980s/early 1990s, was fond of deferring the minority attack and would sometimes play to put a White knight on c5 after b4.

White should have made up his mind about what to do with his king. The simple 12.0–0 allows him to concentrate on the minority attack on the queenside; Lubos Kavalek writing in his column in the Washington Post (September 21, 2009).]

14.Bg3 with the option of Bh4 was more flexible. 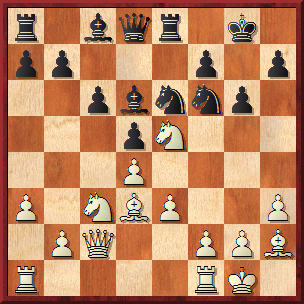 The start of a typical manuever to exchange off the traditional “bad bishop” on c8.] 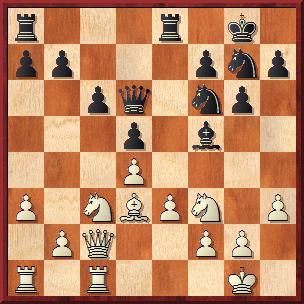 The trade of two minor pieces has eased the cramp in Black’s position and he is now ready to go to work on the kingside.

White wants to be able to trade if Black puts a knight on e4, but the text removes an important defender from the king-side. 18.b4 looks like a better plan.

Black is now fully developed and ready to attack. 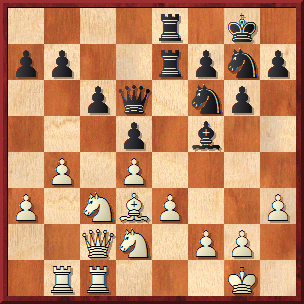 If White knew what was coming he would have traded bishops. 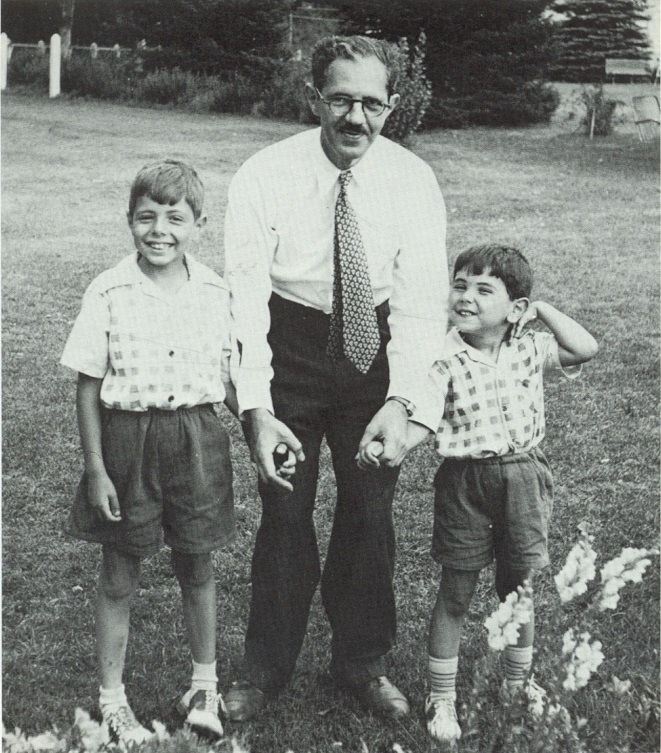 Isaac Kashdan with his sons in the late 1940s. (Photo: Nancy Roos)

The start of an imaginative attack that serves as a model example of how to attack on the Black side of this pawn structure when White has committed to h3. The text doesn’t win by force but the practical difficulties White faces are considerable. Note how Black launches the attack only when he is fully developed. 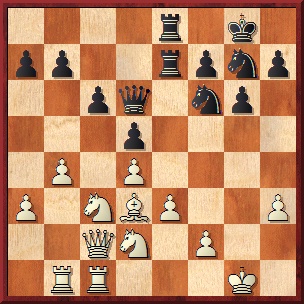 Another hammer blow. Look at how all of White’s pieces have deserted their king.

Kashdan brings his last piece into the attack. 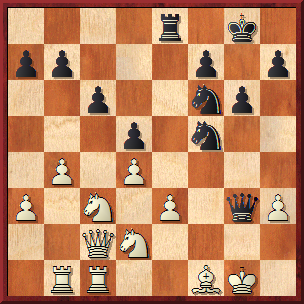 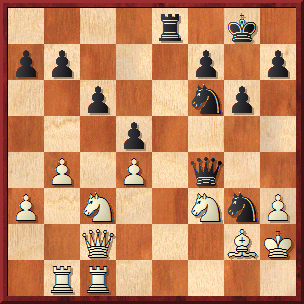 A beautiful deflection that splits the defender’s pieces in half. 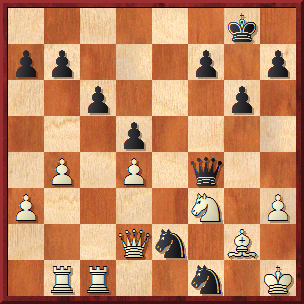 6) Number-two-rated Player in the World

No, we are not talking about Magnus Carlsen or Fabiano Caruana, who as of mid-November are currently one-two in the classical rating list, separated by only three points. Instead it’s the rapid list, where Magnus is number one by a significant amount at 2880 and Hikaru Nakamura is similarly ensconced in second at 2844, thirty-two points ahead of number three.

Nakamura maintained his rapid rating at its present level by winning a closed tournament that took place in Kolkata, India, the first half of November.

Ratings given are for rapid chess and are from before the event (Hikaru had no rating change).

Nihal is a 14-year-old talent who has played little rated rapid chess and is more like 2650. Those with good memories might recall that Hikaru played in the 2002 Konig Memorial at the Mechanics’, where he won the Konig Memorial Blitz.

White is up a pawn in this grandmaster game. Is it enough to win? 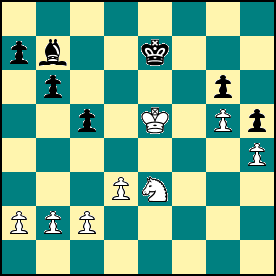 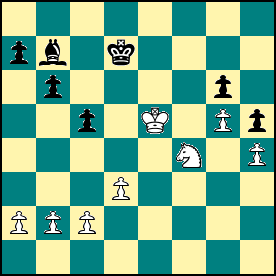 Black to move (analysis, after 2 Nf4) 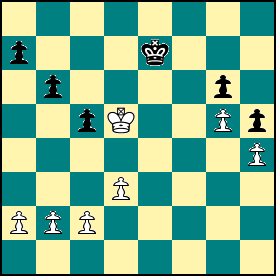 Black to move (analysis, after 2 Kxd5) 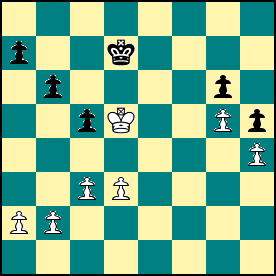 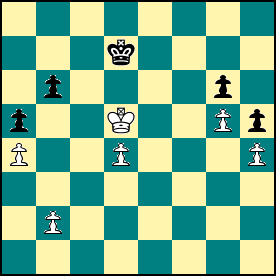 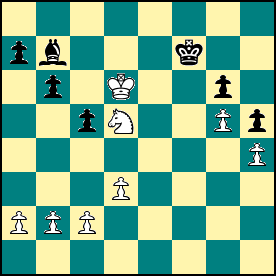 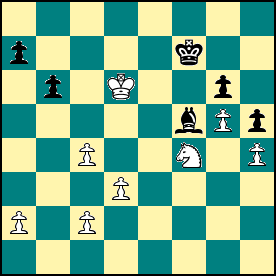 Black to move (analysis, after 5 bxc4) 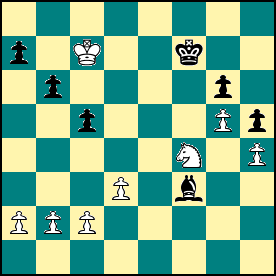 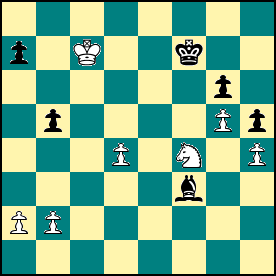 The d-pawn has a clear path to the promotion square. 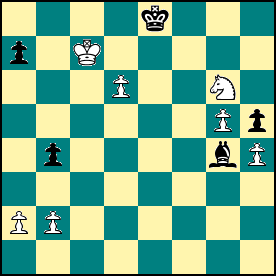 Next comes 11 Ne5, winning the bishop. 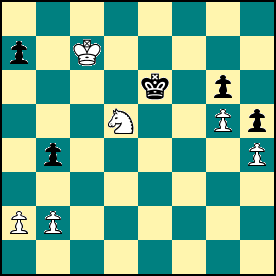 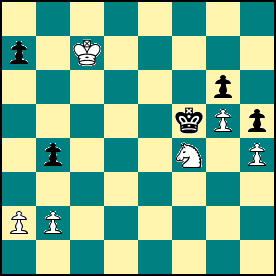 White now has a protected passed pawn, so White can capture both queenside pawns. In fact, even if there were no queenside pawns, White still wins easily. 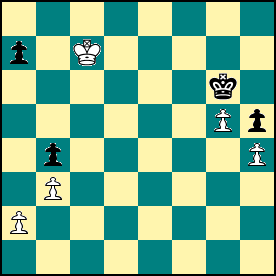 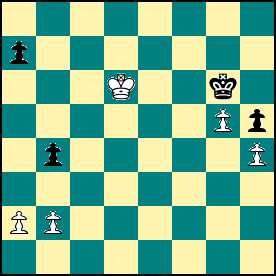 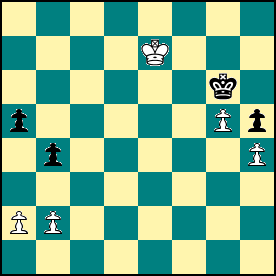 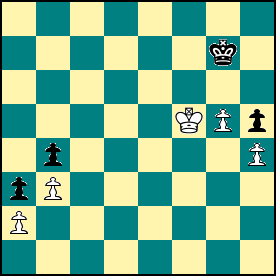 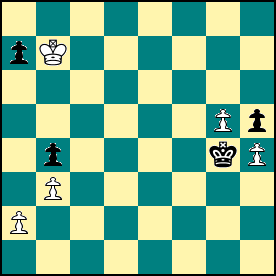 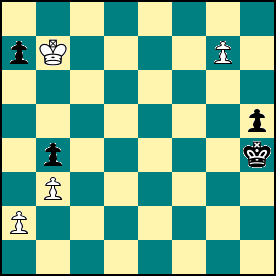 This is the end of the game Fischer-Mednis, from the 1957 U.S. Championship, which Fischer won, still only 14 years old, by a full point.