Ethan Boldi and NM Aleksandr Ivanov tied for best under-2200; there was a three-way tie for best under-2000: Michael Askin, Michael Anderson and Tom Maser each had 6 points, as well as Rafik Robeal, who won best under-1800.

From round 9 of the Bedjanian Tuesday Night Marathon: 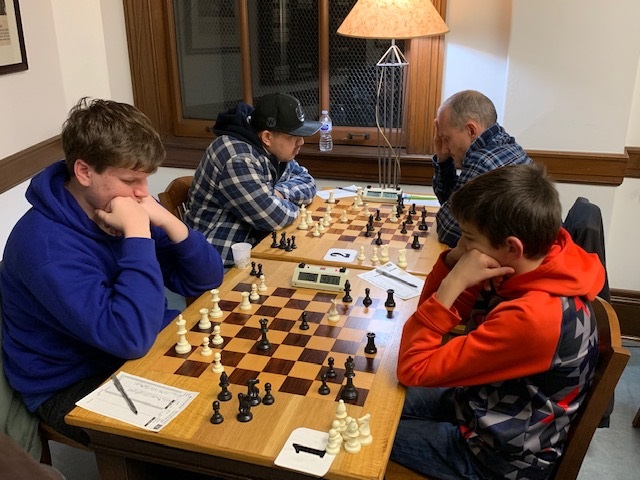 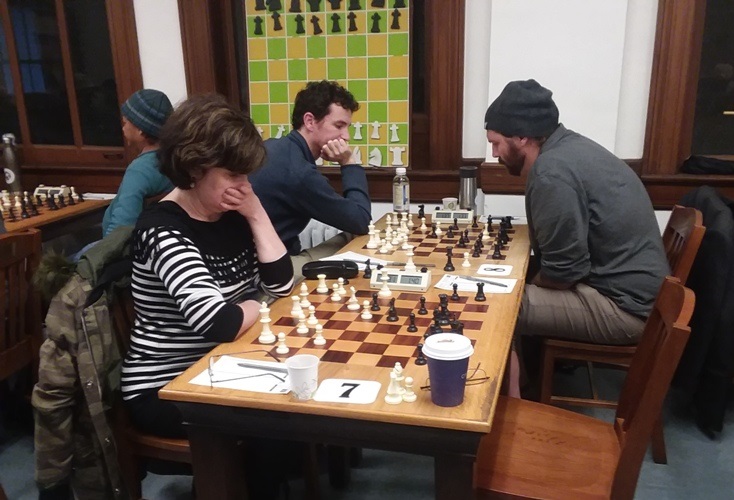 Natalya Tsodikova on board 7; Michael Askin (L) and John Harris on board 8 (Photo: Paul Whitehead)

GM Sam Shankland began his play in the German premier league of team chess, playing for team SV 1930 Hockenheim. He scored a draw in his first match against GM Pentala Harikrishna (2758) and scored a nice win in round 2 against IM David Miedma (2387). His team sits tied for second after 5 matches, with 9 left to play. The team boasts many strong and well-known players, including Anatoly Karpov, Wei Yi, Vladimir Fedoseev and Nikita Vitiugov.

We plan to bring some new tournaments to 2019, in an attempt to offer variety in the size and scope of our events. On the weekend of March 15–17, 2019, we have changed the 19th Annual Max Wilkerson Memorial from a one-day event to a three-day event with a three-day or two-day option. The time control will be G/90 +30 for the three-day and the two-day will be G/61; d5 for rounds one and two, and then merging with the three -day starting at round three. The event will be both FIDE- and USCF-rated, with a guaranteed prize pool of $1700.

In addition to this event, we will host the CalChess Senior State Championship on the weekend of May 17–19. This event is open to anyone 50 years of age or older, and the winner will represent Northern California at the National Senior Championship at the U.S. Open in Florida in August.

The 2019 tournament season kicks off on Saturday January 5 with the Bob Burger Open. It is a one-day event, five-round Swiss with G/40; d5.

We are also planning on holding two events outside the chess club; we are working on securing a location. For more information on the above tournaments, please visit our website.

The 2018 recipient of the Neil Falconer award is FM Andrew Zhang Hong. He will receive an award of $2477, which is equal to his rating in December. This award is given to the highest-rated player under 18 from Northern California. Neil Falconer, a former Trustee of the Mechanics’ Institute and member of the chess committee, who also served as Board President, founded this award in 1999. Past winners include GM Sam Shankland and GM Steven Zierk. Andrew will be presented the check at a special ceremony on Tuesday January 8 before the start of the Winter Tuesday Night Marathon. Among the attendees will be Jim Eade and John Donaldson, two past Mechanics’ Institute Chess Directors. Congratulations to Andrew on his amazing accomplishment.

Adding to the festivities of Tuesday January 8, IM David Pruess will broadcast live from the chess club annex the opening night of the PRO Chess League as the Mechanics play the San Jose Hackers. There is even a good chance some of the players on the team will play live from the Mechanics’ Institute. We will have coverage of the match on our TV in the chess room as the TNM is going.

Starting January 17, FM Paul Whitehead will be available on Thursdays 5:00–7:00 for open general instruction at the chess room. This time will be used for lecture and lesson, review of games, and answering any questions regarding chess. Designed for club players looking to improve their game, this will make for a great evening of learning socializing at the club. No registration needed, just show up ready to learn and play.

Our 2019 season will kick off with a bang, with #5-rated U.S. player and former World Junior Champion Jeffery Xiong stopping by for a 20-board simul. Please email if you would like to participate.

In the 1982 Charles Bagby Memorial / Northern California State Championship, Paul Whitehead twice had the opportunity to use a plan which Fischer seems to have originated in the Havana Olympiad, 1967. The idea is amazing enough: an early Kh1 / Kh8, followed by Rg1 / Rg8 and then Pg4 / Pg5. Also incredible is that we are seeing this in four different openings: Ruy Lopez, King’s Indian, Sicilian Defense, Nimzovitch / Larsen, and that the plan is used by both Black and White. 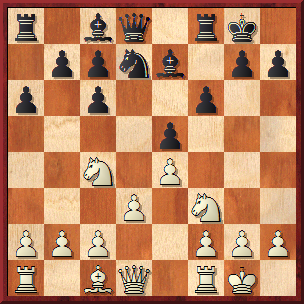 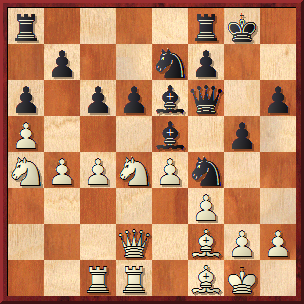 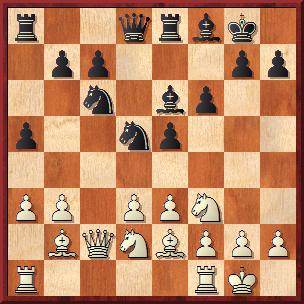 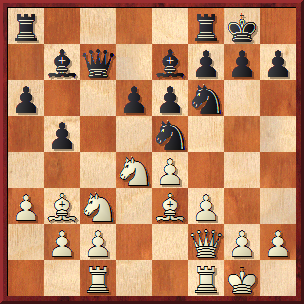 I would like to take the time personally wish everyone a very happy and safe holiday. We are so fortunate to have such a great and historic chess club in our community, and it is the people that make the club a joy to come to every day. Thanks to the staff at the Mechanics’ Institute for always supporting the club and helping to greet our players and members with warm smiles every day. I would personally like to thank the staff of the chess room, GM Nick de Firmian and FM Paul Whitehead for their tireless contribution in making sure our programs, tournaments and events reflect the type of quality that is expected of a club 164 years in the making. Very special thanks also to IM John Donaldson, who continues to help and support the chess club. FM Elliott Winslow has been a great help in many areas of the Mechanics’ chess club and his contributions are greatly appreciated. I want to give a special acknowledgement to MI member, amazing chess club supporter and TNM regular Peter Sherwood, who devotes so much of his own time to make sure the club has all that it needs. The contributions of so many really make the club a unique place to be in the city. To our chess community, 2019 will bring many new and exciting things. As always, what we do here at our club is largely based on the feedback we receive. Please feel free to reach out to us if there is something we can improve or new events you would like to see.

Be safe everyone, and have a great New Year. Our newsletter will return on January 11, with many exciting updates to report.

What are White’s chances in this study? 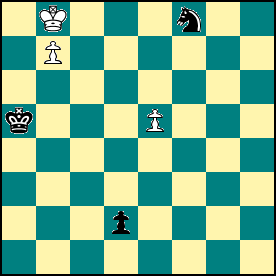 The only move that doesn’t lose right away. 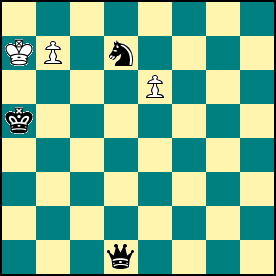 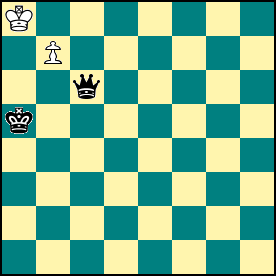 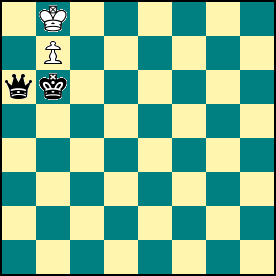 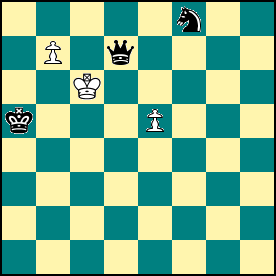 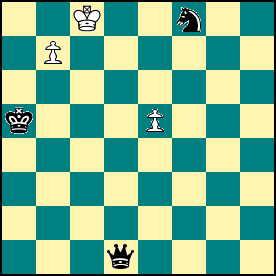 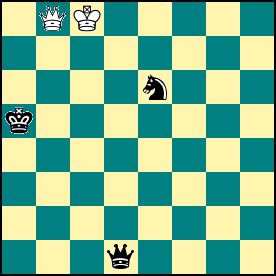 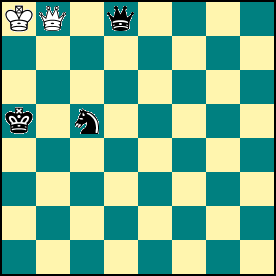 Black to move (analysis, after 5 Ka8) 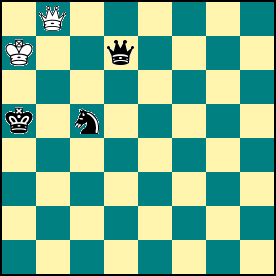 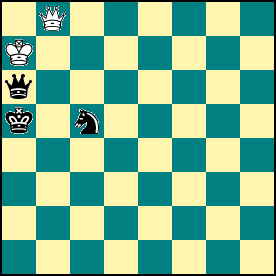 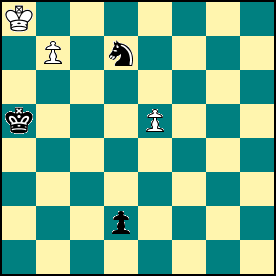 2 e6 the only way for White to stay alive. 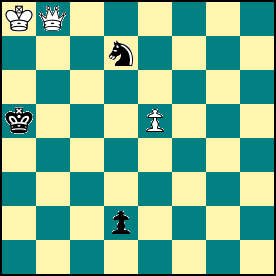 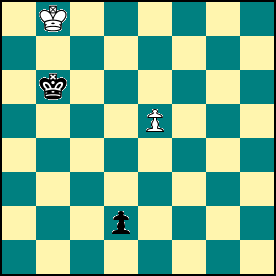 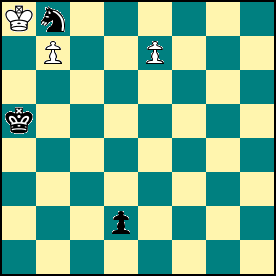 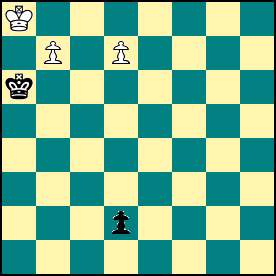 Black to move (analysis, after 3 exd7) 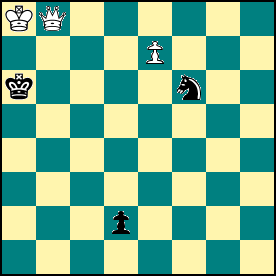 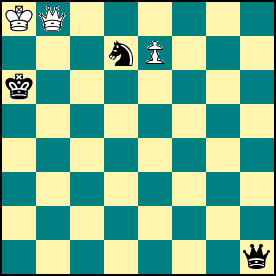 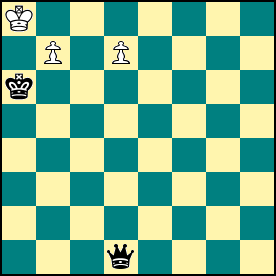 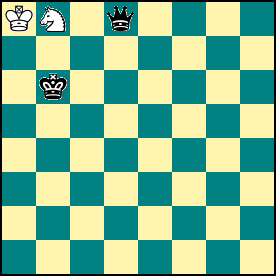 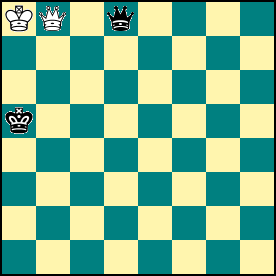 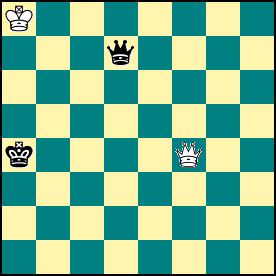 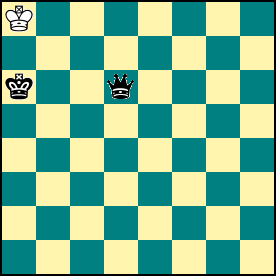 This 1979 study by the prolific composer Gia Antonovich Nadareishvili (1921–1991) appears in Karpov’s Engame Arsenal. Karpov quotes Tal as saying about this study “One may think that, no matter how many pawns are promoted simultaneously, a draw would be easy to achieve. But this impression is deceiving.”