The very first chess club I attended, and the one that really made a life long impact on my passion for chess and my development as a player was Kolty Chess Club in Campell, CA. I started playing there in 1985 at the age of 12, and at the time, it was run by Fred and Pat Mayntz. The club was held in the downstairs meeting hall at the Campbell Library on Thursday nights. I remember coming in as a new player not knowing anything about club play or ratings, feeling that slight intimidation of the unknown and not knowing how my play compared to others. What was impactful for me was the very warm welcome I always received by Fred and Pat, as well as the rest of the players. I still rememebr the big pairing board with the pairing cards, where the player info was typed on the card. I played there for about 6 straight years every Thursday, my dad dropping me off around 6:30 and picking me up at around 11pm, sometimes later depending on the game. I played all the local tournaments of the day; LERA, Francisco Sierra's tournaments, etc, but I loved that every week i knew I would have a game, and something to study and train for.

It is facinating the power of the chess club. I stopped playing chess around the time I turned 18 and then I did not play a rated game until more than 20 years later. When I came back to chess, there were many faces I remembered from back in my playing days still playing. The club also has maintained a consistency and regularity in its location and meeting time. While it is no longer at the Campbell Library, it still meets minutes from that location on Thursday nights. The club is managed by Wolfgang Behm and is affiliated with a non-profit run by Jim Rossi, someone who started playing at the club at the same time I did. His father Don Rossi was also a player there and always very friendly with everyone. Fred Leffingwell managed the club prior to Wolfgang, and he was also a regular player when I was playing in the 80's. I think people rely on the regularity of their chess club. For many, it is something of great social significance, the one day a week you can gether and talk, play, socialize, go over games, watch games, and follow chess. It is a respite from the daily grind, and gives you something to look forward to every week. This is what makes it so different from playing a tournament. While a weekend tournament may have a bigger prize pool and have bigger names, the deep connection of playing a weekly game with people you know will always make a more lasting impact for the regular club player. I see this first hand during our Tuesday Night Marathons, and I remember that same feeling from my Thursday nights at Kolty.

Being part of the tradition of the TNM and learning the culture of the club and community at Mechanics' takes me back to that feeling of Thursday nights when I was a teenager. Kolty was my club, and I was a part of something. I thought it special then, but I know now how special it was as I look back now more than 30 years later, hoping to promote that feeling

The Kolty Chess Club meets regularly on Thursday nights in the South Bay in Campbell. You can find more info here: 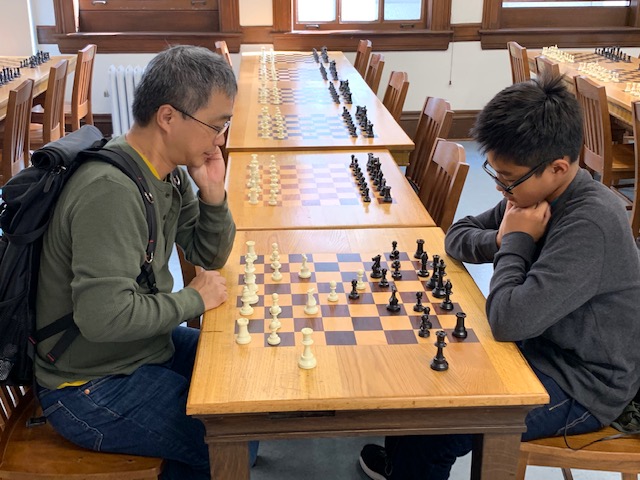 The Mechanics' Institute Chess Club received a visit from Kevin Toyama and his son Zachary from Honolulu, Hawaii. 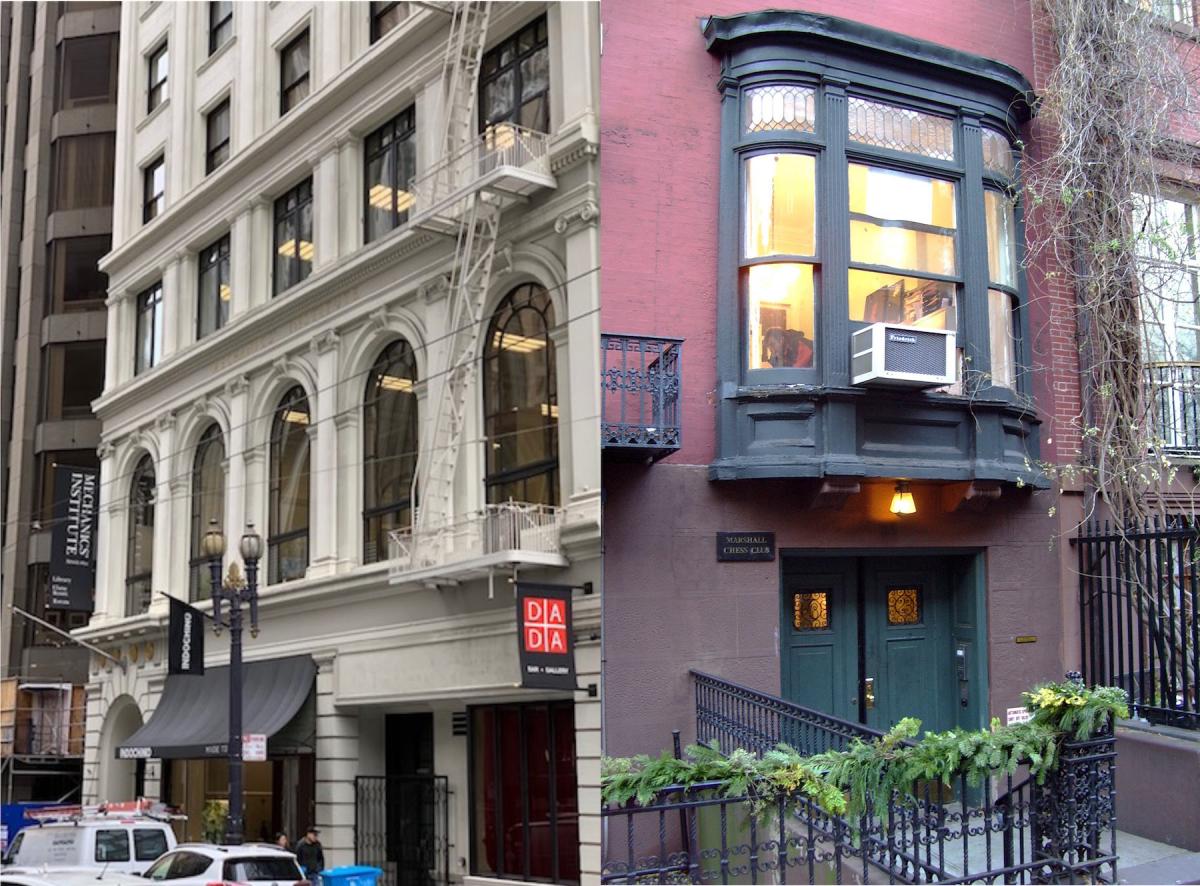 The next TNM starts on Tuesday October 22, and will feature a pre-tournament book event by GM Patrick Wolff. Come at 5pm for this special event and get ready to start the nations largest weekly weeknight event. To register, please follow this link:

We had our first October scholastic on the 6th, and 23 players participated in 3 sections. In the 700+ section, Austin Li, Aravind Acharya, and Natan Gimelfarb tied for first with 3/4 in a very tough and competitive section. In the 400-699 section, Ariel Berlin scored 3.5/4 to take clear first. In the under 400 section, Lucas Barron, Charlie Zitnick, and Thomas Gu all scored 3/4 to tie for first. Congratulations to all participants! To look up the full results, please click here: http://www.uschess.org/msa/XtblMain.php?201910060562.0-15121586
Our next scholastic event at Mechanics' will be on Saturday October 19. To register for that event, please follow this link:
https://www.milibrary.org/chess-tournaments/mechanics-institute-oct-scholastic-swiss-2

IM John Donaldson joined the October 9th edition of the Wednesday Night Blitz, and ended up in a 3-way tie for 1st Place with NM Jules Jelinek and Christian Goldammer.  Each scored 4.5-1.5 in the 8 player event. 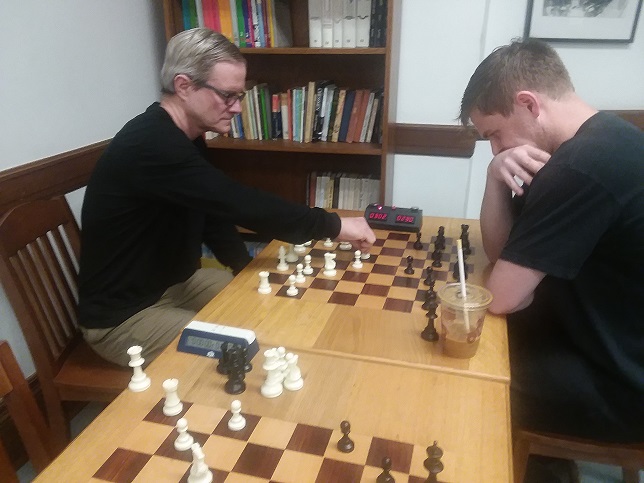 NM Andrew Boekhoff won the open section of the JJ Dolan Memorial with a perfect 3/3. In 2nd place was Felix German with 2.5/3 and a 3-way tie for 3rd between Manas Palhe, Andrew Schley and Kally Wen with 2/3. In the under 1600 section, Cesar Tamondong and John Bielec tied for first with a perfect 3/3. The tournament was a 3 round G/75;d5 and had 37 players in total. Congratulations to the winners! Results can be viewed here: 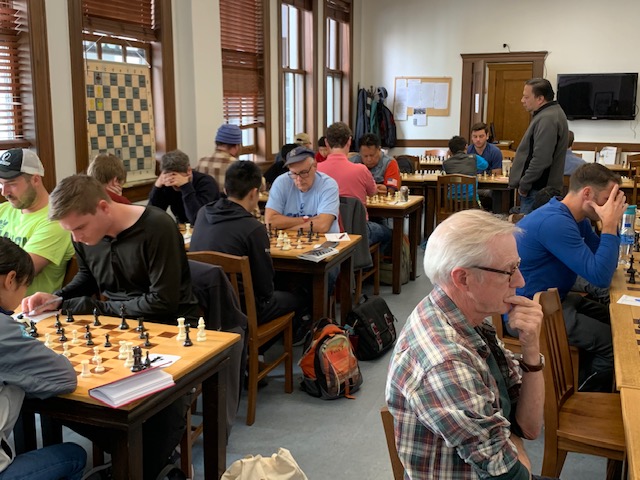