The February 2021 edition of the TNM started with 60 players, 3 GM's, 2 IM's 2 FM's and plenty of strong competition for this 6-round G/35+2 USCF rated battle. We have an equal balance in sections, as we have as many players in the top section as there are in the u/1800 section. GM Jim Tarjan faced a tough 2nd round battle with Mechanics' regular David Askin, who was able to fight the game out to a draw. IM Josiah Stearman faced a tough 2nd round match with Daniel Lin, but took advantage of a mistake late in the game and under time pressure to get the win. Another upset in the first 2 rounds was a fine win by Vishva Nanugonda, who upset NM Alice Lee  in round 1. Alice is the nation's top ranked 11 year old girl and will certainly be a force in women and girls chess in the years to come. In the under 1800 section, six players are at the top with 2/2 headed into next week.

GM Nick de Firmian will join our commentary team starting this Tuesday, as we will need his expertise as we figure to have elite action for rounds three and four. It will be a fun and exciting evening next week, tune in for all the action by following our Twitch channel here: https://www.twitch.tv/mechanicschess

Here are some game from the first two rounds, annotated by GM Nick de Firmian.

1.d4 d5 2.c4 c6 3.cxd5 The Exchange Slav might be symmetrical at first, but it would be a mistake to think it's harmless. Imbalances can be brought about, creating chances for an interesting game. And White can't be too complacent either; sometimes it is Black who takes over an initiative. 3...cxd5 4.Bf4 Nc6 5.e3

GM Gadir Guseinov won the Jan-Feb Thursday Night Marathon after securing a draw against NM Mike Walder in the final round. That draw for Walder also put him in a tie for 2nd place with 4/5, along with IM Elliott Winslow and Vishva Nanugonda, who capitalized by a blunder from Arthur Liou from a losing position to turn things around and win. Congratulations also to under prize winners Bryan Hood, Marina Xiao, and Kevin Sun.

Our next Thursday Night Marathon will begin February 25th, and will go on until March 25th. To register, please follow this link:

Tentative final results are below 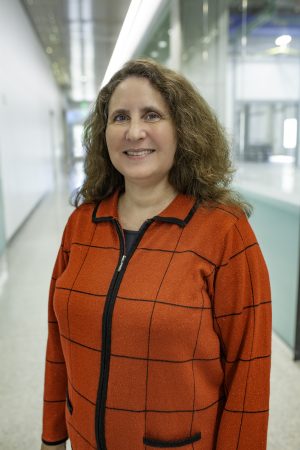 WIM Dr. Alexey Root has released an article highlighting positions from four games from the recently concluded US Amateur Team West Championship. There were tactics galore in that event, and we are proud that Alexey has given readers the opportunity to enjoy some more games from that event. Read her article by following this link:

Past Club Tournament results are here:
https://www.chess.com/club/live-tournaments/mechanics-institute-chess-club-1
Before playing in our online tournaments, be sure to do the following:
1. Sign up and log in to chess.com
2. Sign up to be a member of Mechanics' Institute Chess Club at https://www.chess.com/club/mechanics-institute-chess-club-1. You need to become a member before you can play.
3. Please fill out the Google Form, so we know who you are, and can inform you about changes, and ad hoc events: https://forms.gle/UbE3ocC4TaLZV3ZK8

Presidents Day Chess Camp - Learn about the games of our Presidents!

We are gearing up for another fun 1-day chess camp on Monday, February 15, to celebrate our Presidents and study their chess games! Camps are 3 hours long in the morning from 9AM until 12PM and we have a fun combination of game analysis, discussion, puzzles, tournaments and more.
To register: https://mechanics-institute.jumbula.com/2021OnlineClasses/PresidentsDayChessCamp

Scholastic Game of the Week

I am always fascinated by technique in chess: how games are won.  I am never tired of watching a slow grind with a miniscule advantage, or the flashy game-stopping shot.

The 1st World Championship Match was a bloody affair.  After 20 games Steinitz had won 10, lost 5, and 5 were drawn.  Steinitz was clearly the better all-round player, but perhaps not tactically.  At times he shot himself in the foot:

Solutions at End of Newsletter 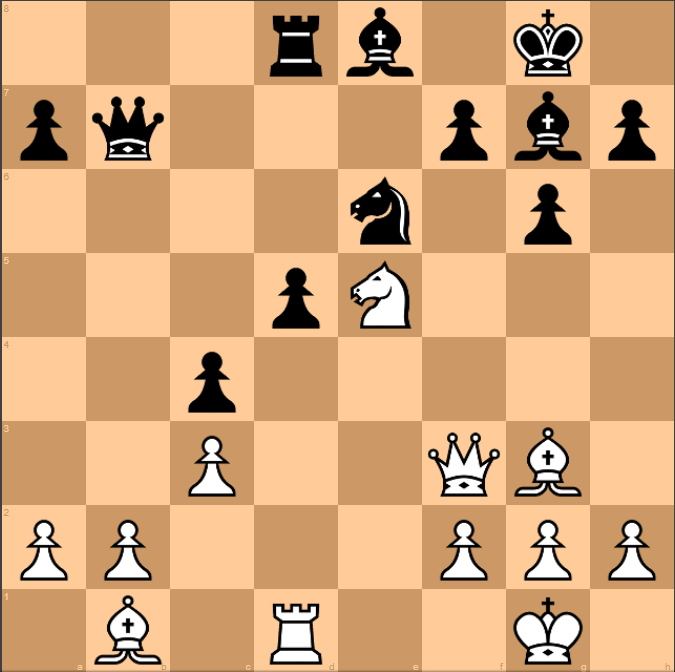 Steinitz played 1.Nxc4?? thinking the d-pawn was pinned? but after 1…dxc4! Qxb7 loses instantly to 2…Rxd1#. The game ended rudely in yet another way: 2.Rxd8 Nxd8.  The black queen is defended!  After 3.Qe2 Ne6, white resigned.

The following puzzles are not too tough.  Test your chess, and learn how to polish off your challenger – or defeat the champion! 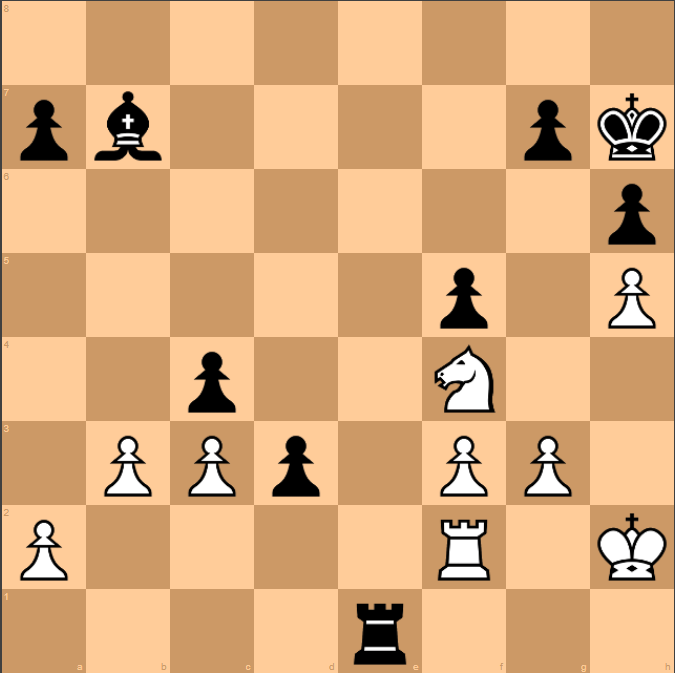 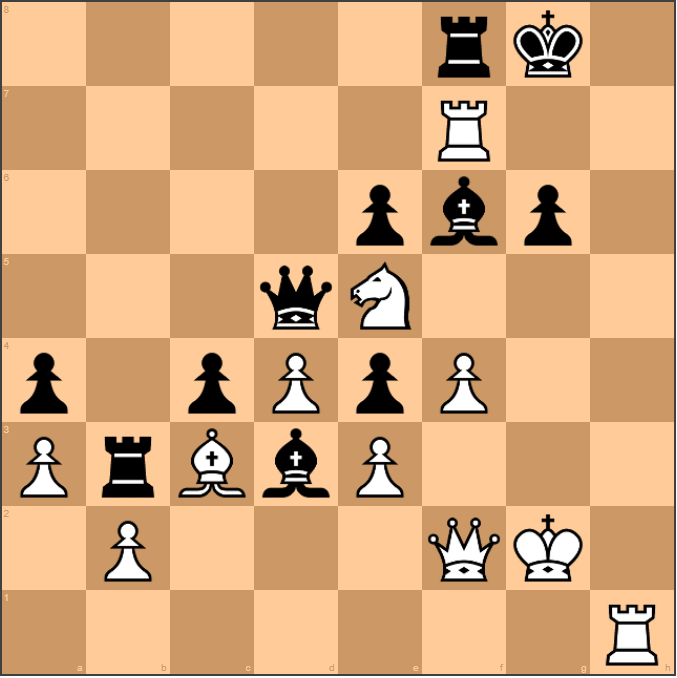 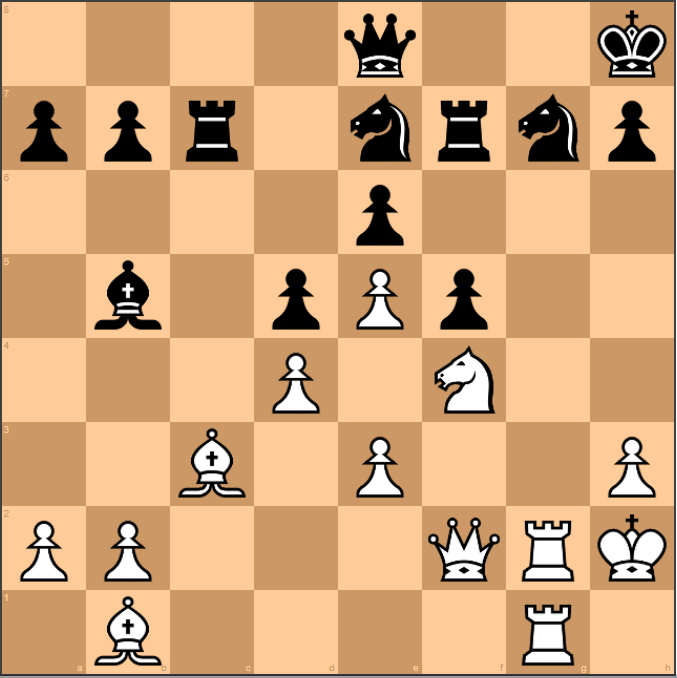 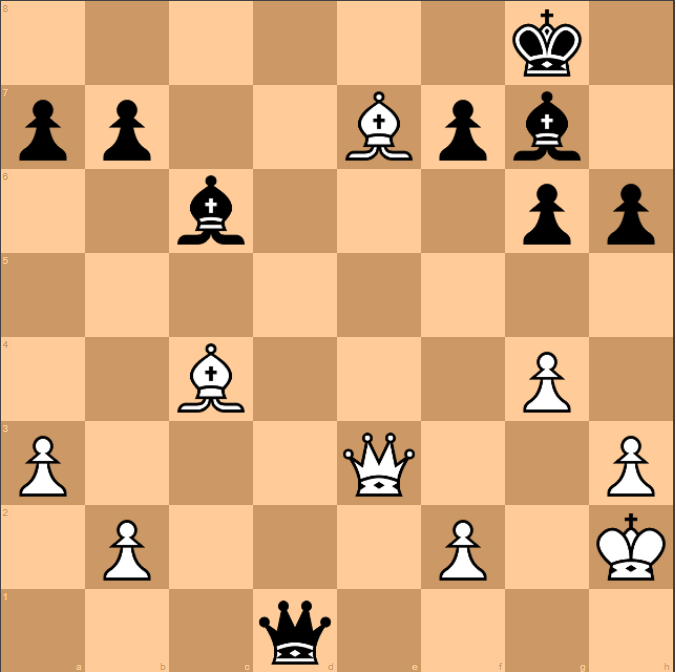 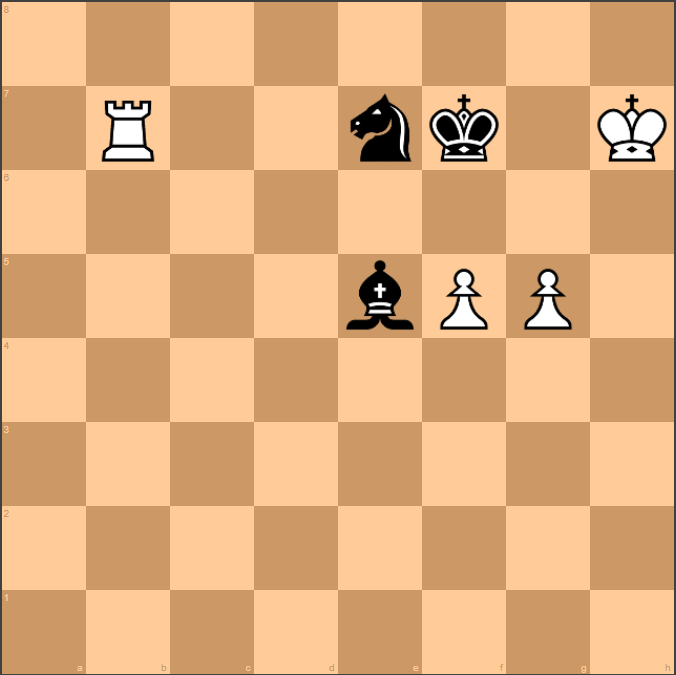 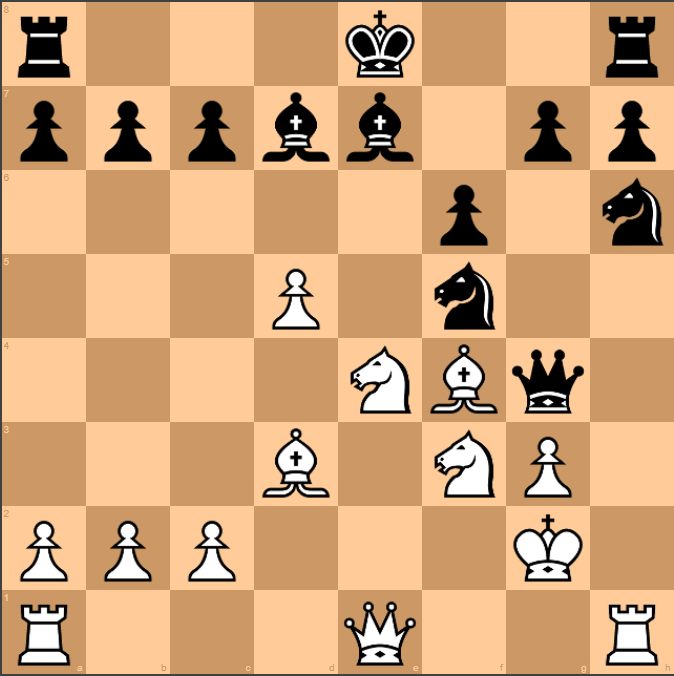 The great World Champion’s were tremendous competitors and relentless opponents who would wear down an opponent by sheer force of will. Yet they were also artists of the chessboard and would seek through beautiful logic to create elegant themes that led them to victory. Capablanca, Alekhine, Karpov and Fischer left behind a treasure trove of masterful creations.

There is the other way to gain a victory – by any means necessary. I don’t mean cheating as would some of the Soviets in the old days or online trolls today. I mean cheap threats or slimly plans that your opponent might overlook. In short, a swindle. We have recently seen FM Kyron Griffith play a whole queen down for 20 moves, calmly waiting for his opponent to leave open the door of opportunity. Kyron won 250 euros for that best swindle. Now with more online chess and faster time controls there are more of these tricky victories. Paul Whitehead said he had never tried to win like this before but recently also joined the dark side and tried queen on queen - attacking his opponents undefended queen with his undefended queen. He was completely lost and figured this was his best shot. His unwary opponent didn’t consider such a ridiculous move and promptly lost the queen and the game. “It felt good” said Paul, who hopefully won’t continue on the path to evil.

Before the reader passes complete moral judgement I will give two more examples of these “cheap” victories. The first from just a few days ago by the World Champion himself. Magnus is usually very principled on the chessboard, but apparently not always. The second, from long ago, is my most memorable swindle. Perhaps it shows a defect in my moral character, but even 35 years after the game the finish still makes me laugh.