Alexander Alekhine had never won a single game off the ‘Invincible Cuban’ prior to their duel in Buenos Aires.  But hard preparatory work on his part, coupled with a somewhat lackluster performance on Capablanca’s, enabled the challenger to persevere +6 -3 =25.  The opening game was a French, and the 3rd game a sort of Queen’s Indian / Owen Defense, but the rest of the games were fought in the territory of Her Majesty, the Queen’s Gambit Declined.  Alekhine was a fierce, determined competitor – he practically won this match through sheer will-power.  He also knew he’d hit the jackpot: despite some serious negotiations down the road, he successfully dodged a rematch with Capablanca, where anything was possible… 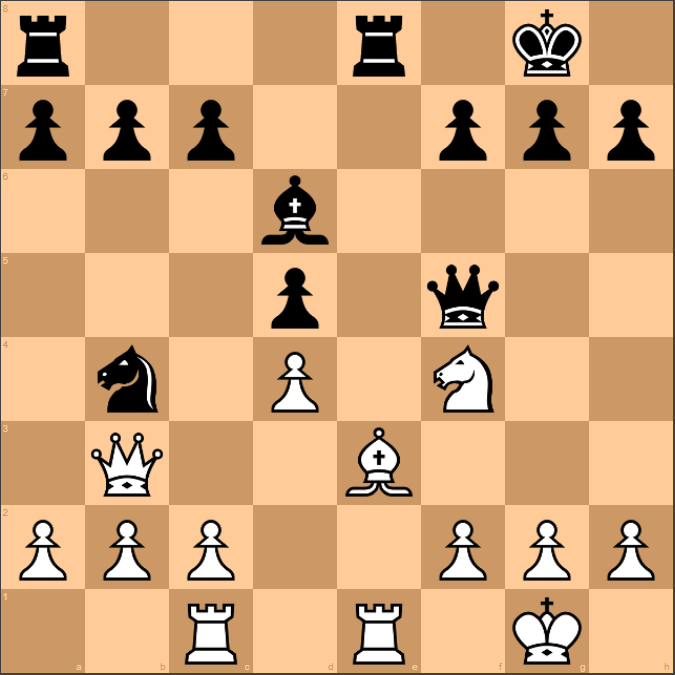 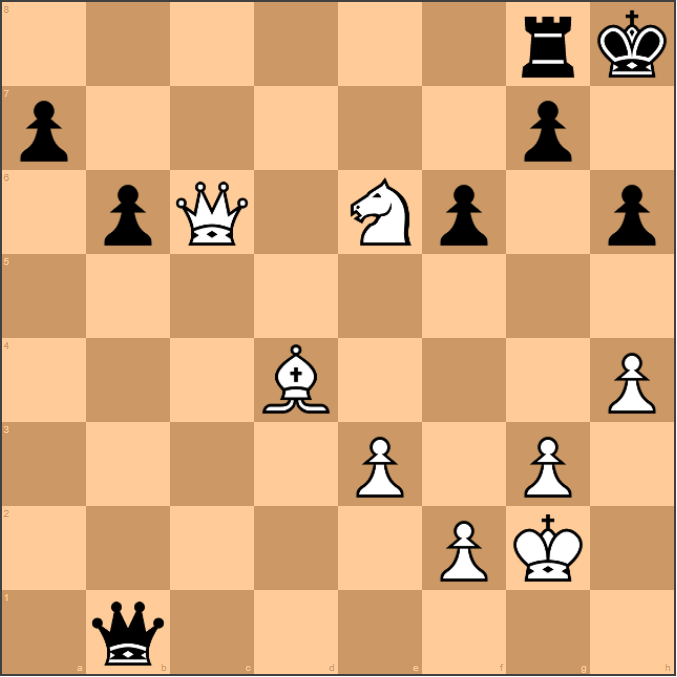 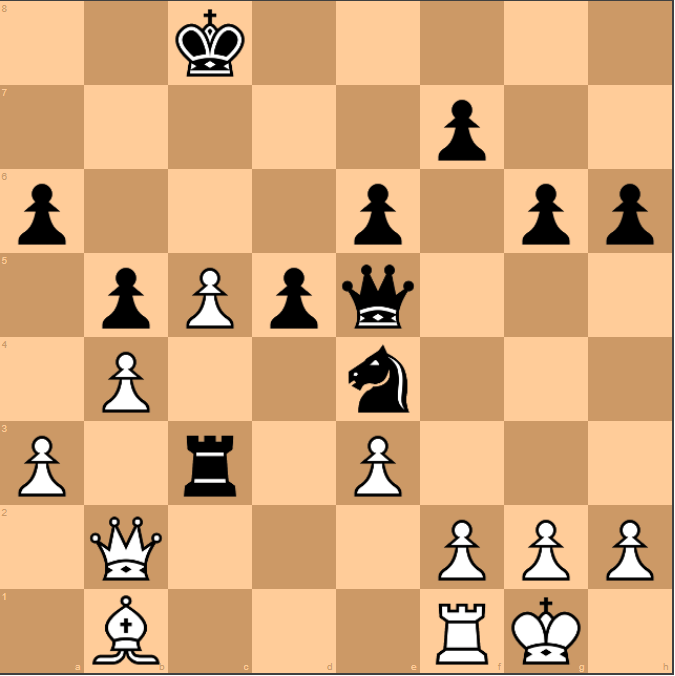 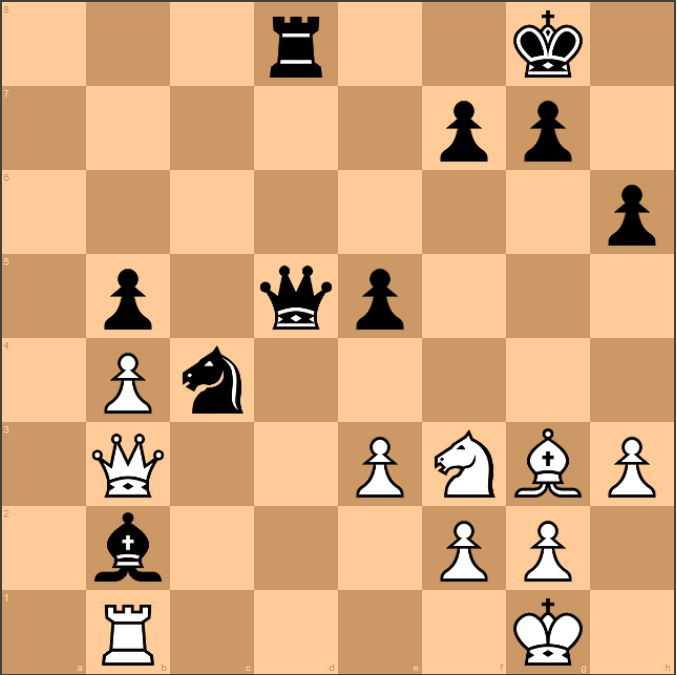 Black moves.  This is a one-two shot. 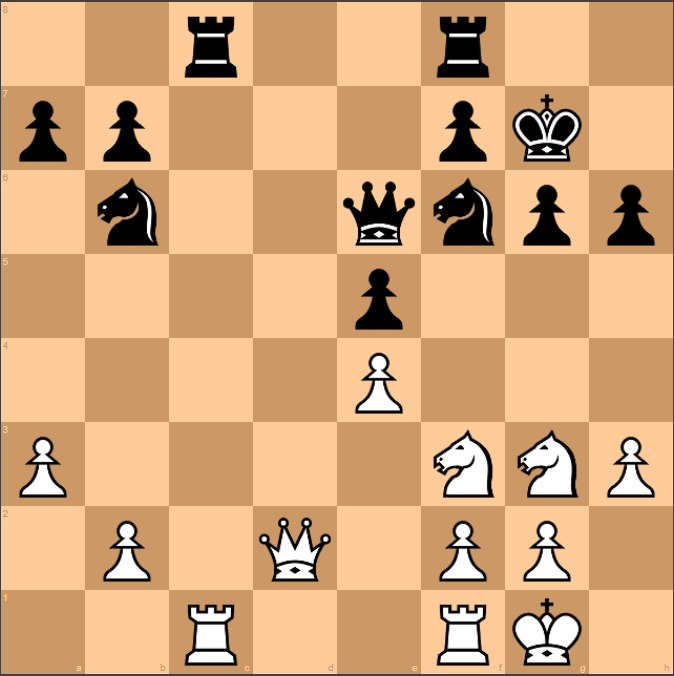 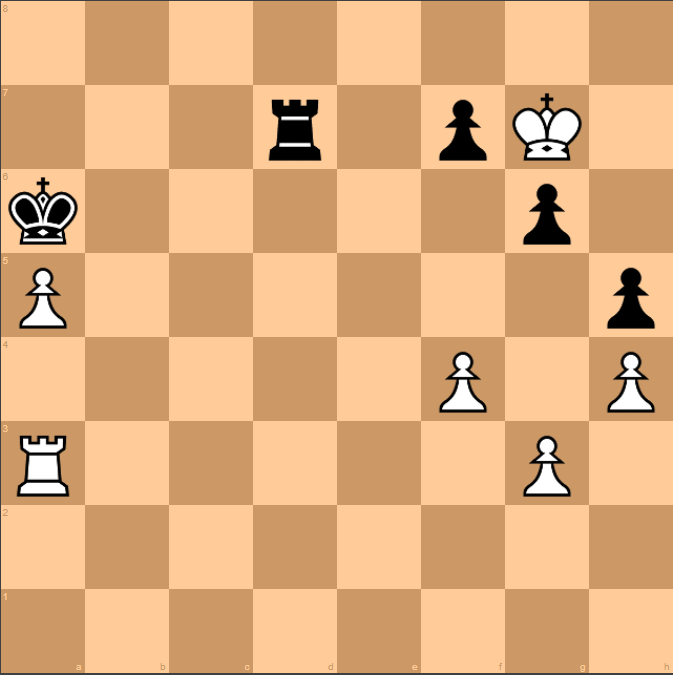 The Challenger to the Crown Emerges

Ian Nepomniachtchi of Russia won the Candidates Tournament which finished on April 27. It was a deserved victory as he played fine, fighting chess and was in the lead for most of the event. Maxim Vachier-Lagrave and Caruana were in the race, but it was the Dutchman, Anish Giri, who chased Nepo at the end. The unlucky 13th round  ended Giri’s hope when he lost to the other Russian contender, Alexander Grischuck. (No doubt Putin was pleased with Grischuck’s show of patriotism.)

We now look forward to the World Championship match which will start late November in Dubai. Magnus has been a great world champion, and #1 rated in the world for the last 11 years. This is already a historic achievement to place him along with the all time great champions such as Capablanca and Alekhine. At 30 years old, Magnus is hardly over the hill but the question remains, how long can he continue at the top? We would normally dub Magnus the great favorite in a match, but we have gotten a very worthy challenger. In fact Nepo is one of the very few players with a plus score against Magnus in classical chess – 4 victories against 1 loss. This is slightly misleading as 2 of these victories date back 20 years when they were boys playing in the under 12 and then under 14 championships. Magnus has done well in their rapid chess encounters the last decade, but their recent rapid/blitz knockout match last month ended with victory for Nepo in the Armageddon game.  We hope the upcoming match will be as close and thrilling. One thing we can probably count on is more open, entertaining battles than the last two world championship matches.

We give below the first classical chess encounter of the champion and the challenger. This is 19 years ago when they were just boys, yet one still sees their style of play emerging.  The other game we present below is the deciding game of the Candidates Tournament. This game does not involve Nepomniachtchi, but his closest rival down the stretch. One must remember that the opponents are great players and one cannot count on a victory against them. This brings to mind the finish of the classic 1962 Candidates Tournament when Petrosian with White offered an early draw against the relatively low rated Filip, when everyone expected he would try for the victory so that Keres couldn’t catch him. Petrosian counted on the very young American opponent in that game not to lose – and Bobby Fischer didn’t disappoint him.

1…e4! set in motion a powerful sequence of events: 2.Nd4 (Capablanca tries a little tactic that backfires, but there’s little hope after either 2.Nh2 or 2.Ne1) 2…Bxd4 3.Rd1. Also hopeless is 3.exd4 Qxd4 with black dominating the board and a clear pawn ahead. 3…Nxe3!! Obviously overlooked by white. 0-1.  Black is winning in every variation, as the reader can work out for themselves.

This was the final game of the match. 1.Qa5! attacks a7 and e5. White wins a pawn after a few intricacies: 1…Nc4 2.Qxa7 Nxb2 3.Rxc8 Rxc8 4.Qxb7.  Can white convert his advantage? See the next diagram, with Alekhine still a pawn ahead 44 moves later.