Round 2 of the Tuesday Night Marathon is complete, and we have four players with perfect scores in the top section: FM Kyron Griffith, IM Elliott Winslow, Theo Biyiasas, and Gary Harris. Abhishek Mallela pulled off a miracle draw against Anika Rajaram, as he forced an exchange in a completely losing position that would either create a stalemate or cost her the rook and a losing position. She opted for the stalemate. Both players had stopped recording as they were under 5 minutes so we don't have a record of the finish.

Here are some annotated games from round 2, from GM Nick de Firmian:

[Time to bring up reinforcements: 22...Be6 Here the sacrifices on f5 don't quite cut it.] 23.Nf3 White tries to get that knight back in the game, provoking Black into a daring avalanche of pawns. 23...Be6 24.Nd2

Black resigns as there is no swindler potential in this position (even for Kyron Griffith). 1-0

Here are the standings after 2 rounds:

The Thursday Night Marathon concluded in more than one way, as NM Michael Walder was able to hold a draw against GM Gadir Guseinov to share 1st place with him at 4.5/5. IM Elliott Winslow handed William Kelly his first loss and finishes tied for 3rd place with 4/5 along with Adam Stafford.

We will start our next Thursday Night Marathon online June 24th under a different format. We will have 2 games per evening with a time control of G/35+5, USCF online rated. We will also broadcast the games with commentary on our Twitch channel. We thought it would be great to offer to our chess community two regular broadcasts per week, one for our live and one for our online marathons.

Tony Lama is back, and ready to challenge us with mate in 3 problems. See if you are up for the challenge! 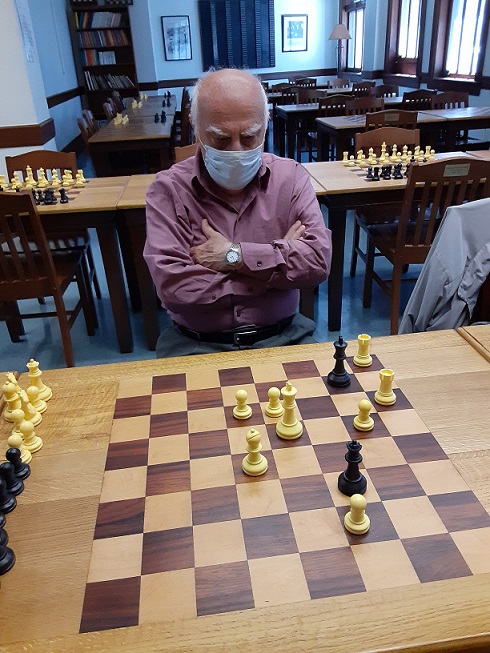 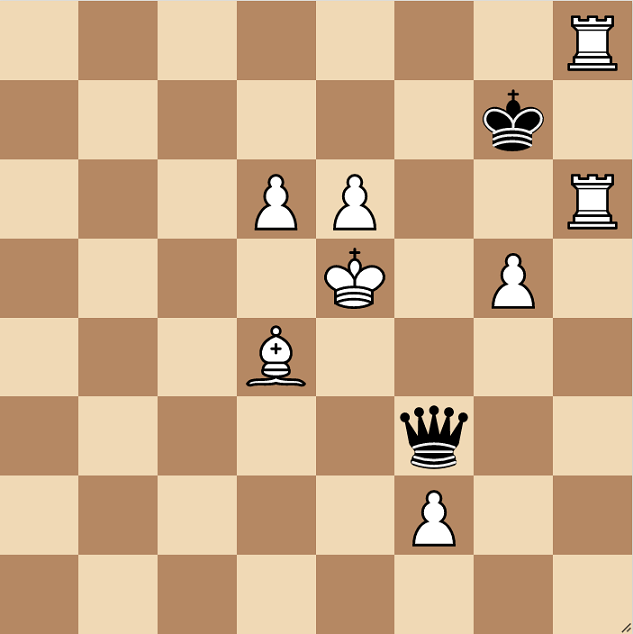 Solution at the end of the newsletter

Our arena will return with the start of the Thursday Night Marathon on June 24!

Starting June 2021, the scholastic news will be covered in a dedicated, monthly publication:
Scholastic Chess Highlights

Botvinnik’s first challenger for the title was the creative genius David Bronstein, and the circumstances surrounding the final result - a drawn match with 5 wins apiece and 14 draws – are still not properly understood.  Bronstein felt that upsetting the established order: “…could seriously harm me, which does not mean that I deliberately lost.”

Although Botvinnik retained his title, Euwe declared Bronstein the “Co-World Champion” which seems about right.  Bronstein was certainly more talented, and his chess was imaginative and modern.  But Botvinnik was tenacious and disciplined – the qualities he needed to squeak out a tie, in a long and grueling match.

The chess was exciting and complex, with Bronstein the intellectual psychologist using Botvinnik’s own opening systems against him.

But ultimately Bronstein proved to be his own worst enemy: he lost three drawn endings, including the famous ‘Blunder of the Century’: 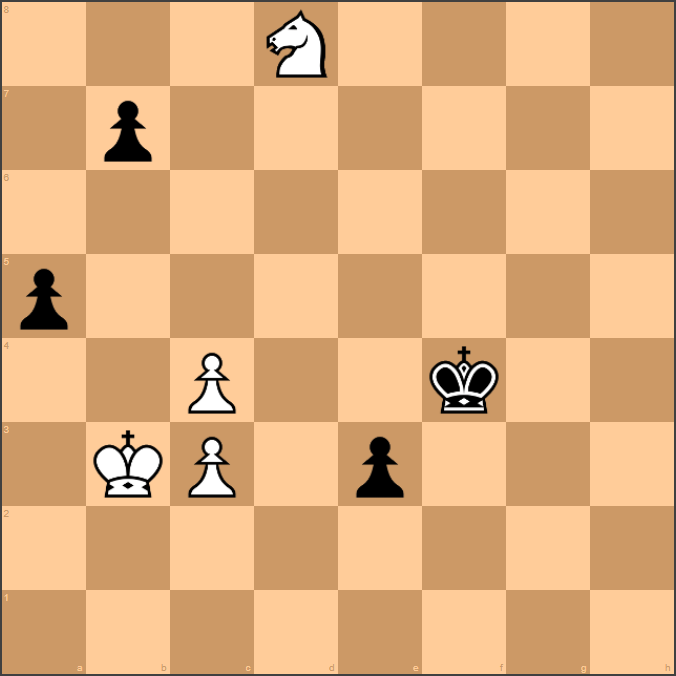 White to move and draw.  Bronstein played 1.Kc2??  What should he have played instead?  And what was Botvinnik’s reply, forcing instant resignation? 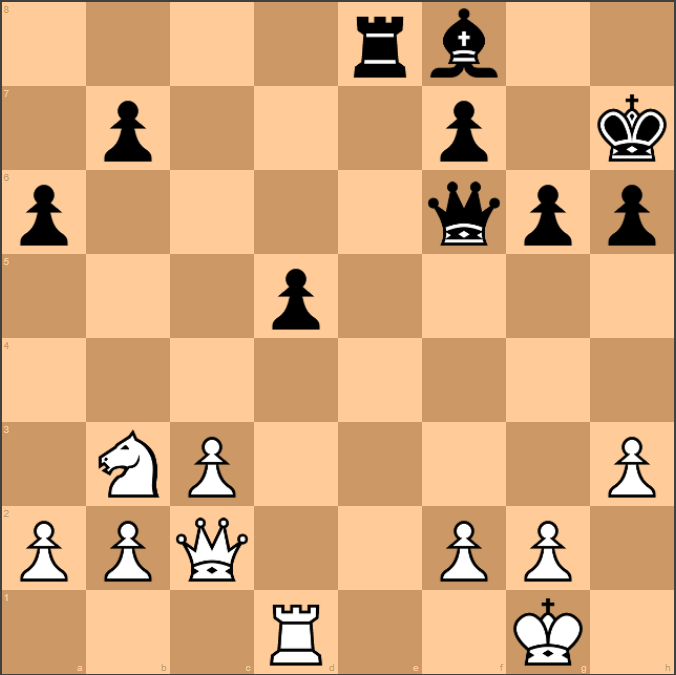 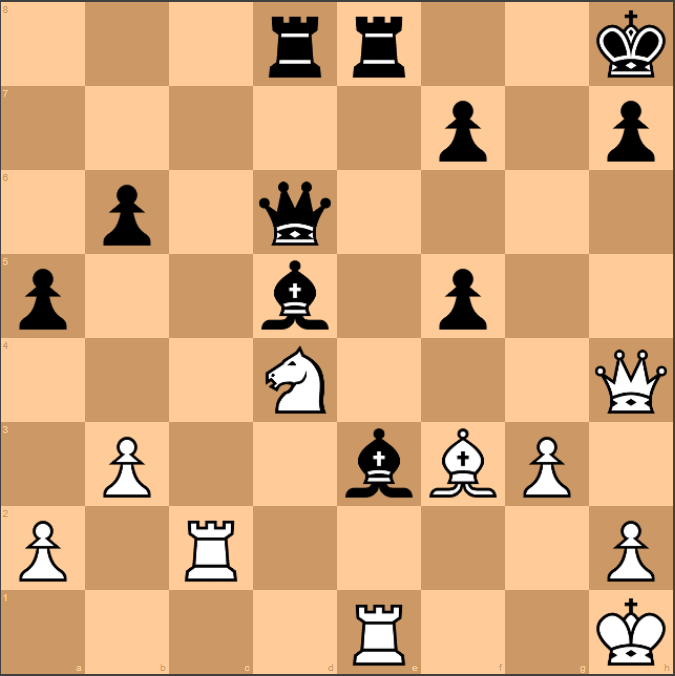 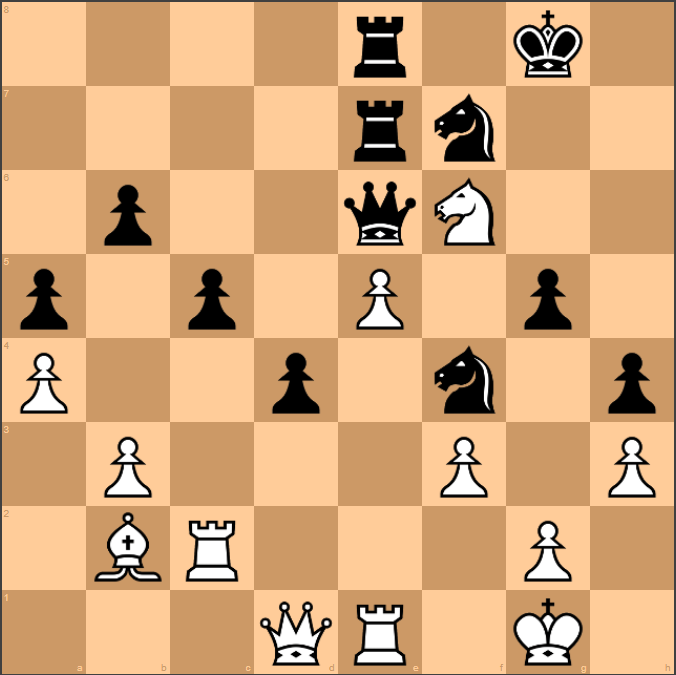 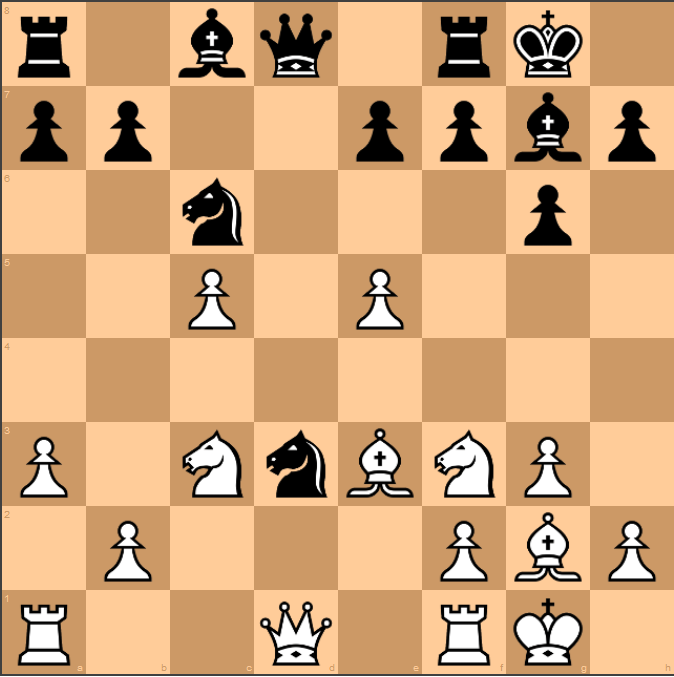 Black moves.  Anything wrong with 1…Nxb2? 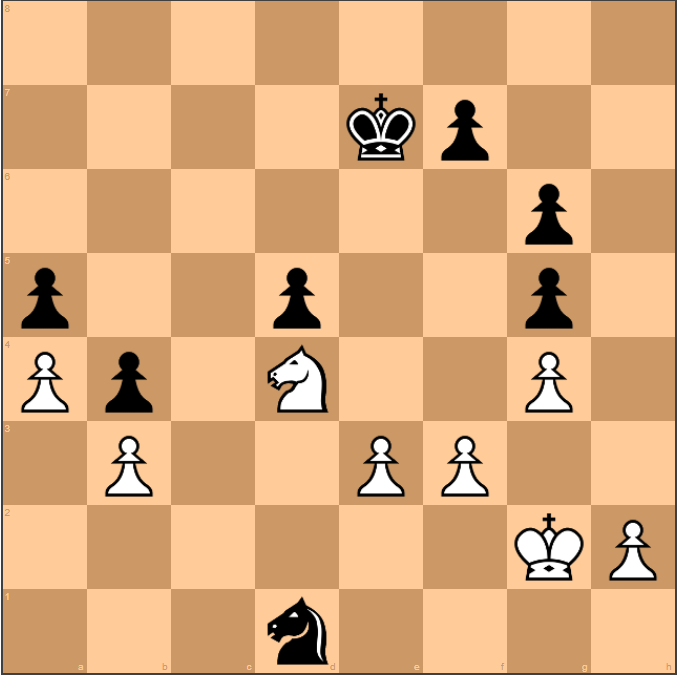 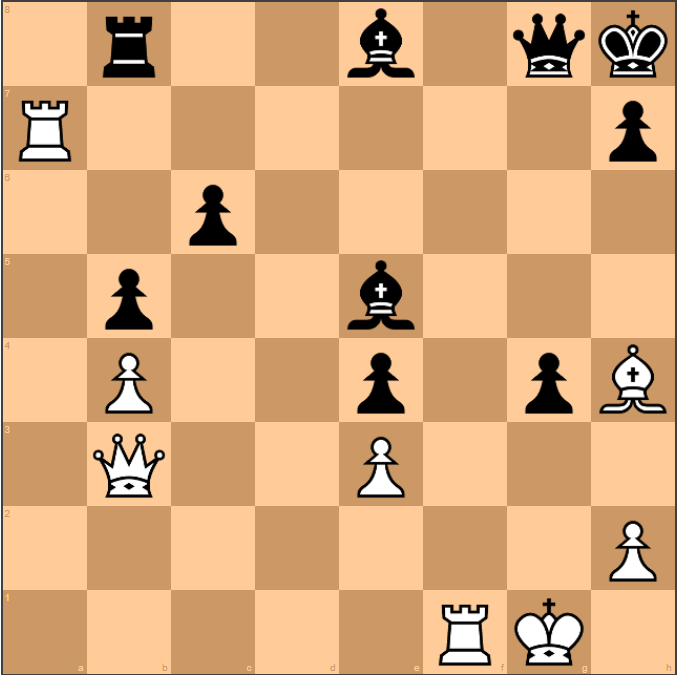 Chess is the game that pervades the world perhaps more than any other. You find it in Greenland, Somalia, Fiji, and most any place on earth you can think of. One country that has had relatively few significant tournaments has been Romania, and that is a bit of a surprise as it is in Europe, the center of modern chess for centuries. Yet, Romania is somewhat cut off from the rest of Europe. One thinks more of Transylvania and Bram Stoker’s count Dracula.

Yet right now (for this week at least) Romania is the center of the chess world. The Grand Chess Tour Romania has many of the world’s best players including America’s Fabiano Caruano, the World #2 by rating. Fabiano is of course disappointed not to have won the Candidate’s Tournament that finished in April. His number two ranking is not nearly as important as being the challenger, with the chance to take the chess crown in a match with Carlsen. Nonetheless any tournament with Fabi is notable, and when you also have Anish Giri, Radjabov, Grischuk and MVL you have got a super tournament.

I had opined on the dearth of significant chess tournaments in Romania at our wonderful Chess Café (Mondays 4-5:30). I was slightly corrected by a welcome guest, the MI’s own chess director from 1998-2018, John Donaldson. “No you must remember the great Bucharest Tournaments of 1953 and 54,” said John. (I must confess I hadn’t remembered.) Of course John was right. There were two great tournaments with many of the best Soviet players there soon after World War II. This was about half the years back to Stoker’s Dracula, but I don’t have any recording of the count’s chess games. Perhaps John recalls a few -  we can ask him in the Chess Café.

Below we give a couple of games from the current Grand Romanian Chess Tour.

1…Nxb2? gets that piece trapped after 2.Qe2! Nd3 3.Rad1.  Bronstein instead played 1…Bg4 but still ended up losing a heart-breaker on the 60th move.