The next Tuesday Night Marathon live at the Mechanics' Institute begins this coming Tuesday, September 7. Register now to play in this 2-section 7-round FIDE rated event, with a time control of G/120;d5. Sections based on USCF rating; 1800+ and under 1800. Click HERE to register. For full tournament information, click on our event page here: https://www.milibrary.org/chess-tournaments/tuesday-night-marathon-2021-sep-oct-person.

We will broadcast the top 10 boards live on our Twitch channel starting at 7pm PDT with commentary by GM Nick de Firmian and FM Paul Whitehead. Follow our channel by going to this link: https://www.twitch.tv/mechanicschess

We look forward to seeing everyone on Tuesday, live from downtown San Francisco!

Rounds 1 and 2 of the Thursday Night Marathon are complete, and the four titled players in the tournament crusied through the first couple of rounds unscathed, though Stewart Katz did put forth an applaudible resistance in round 2 against GM Gadir Guseinov. GM Guseinov, IM Bala Chandra Dhulipalla, FM Ezra Chambers, and FM Max Gedajlovic move into next week with 2/2, along with expert Sheel Dandekar. We must give a shoutout to Austin Jin, who was the first to provide an upset with his first round win against Robert Smith. There should be exciting clashes over the next two weeks, as the top players in the tournament will play each other, and we will find out if any of the remaining titled players can find a way to unseat Guseinov from ThNM supremacy. I would be remiss if I didn't give a special shoutout to Judit Sztaray and Victor Beauchamp for providing an action packed extra rated game in round 2, which was followed with excitement on our live broadcast. You can watch it now here:

Tune in next Thursday at 7:00pm PDT for rounds 3&4 of the Thursday Night Marathon online on our Twitch channel: https://www.twitch.tv/mechanicschess

Here are the standings after 2 rounds:

Body language can tell you a lot, sometimes even more than words could say. For being such a quiet sport, chess is a game where players often cannot control the raw emotion going on inside them, outwardly reflecting in their posture at the table. We can sometimes know how a game is going simply by looking at how a player is seated at their table. In this new series installment, we chess players will poke some fun at ourselves by looking at the body language of a player while seeing the corresponding chess position. As chess players, we know this too well, and we all understand. That is what makes this entertaining, and is done with the highest respect to all players. 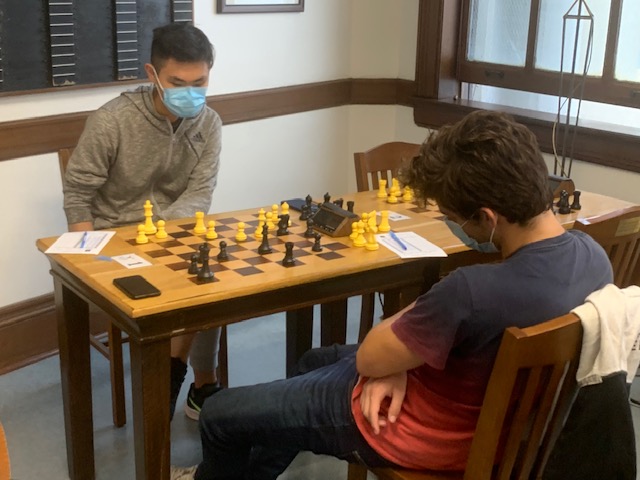 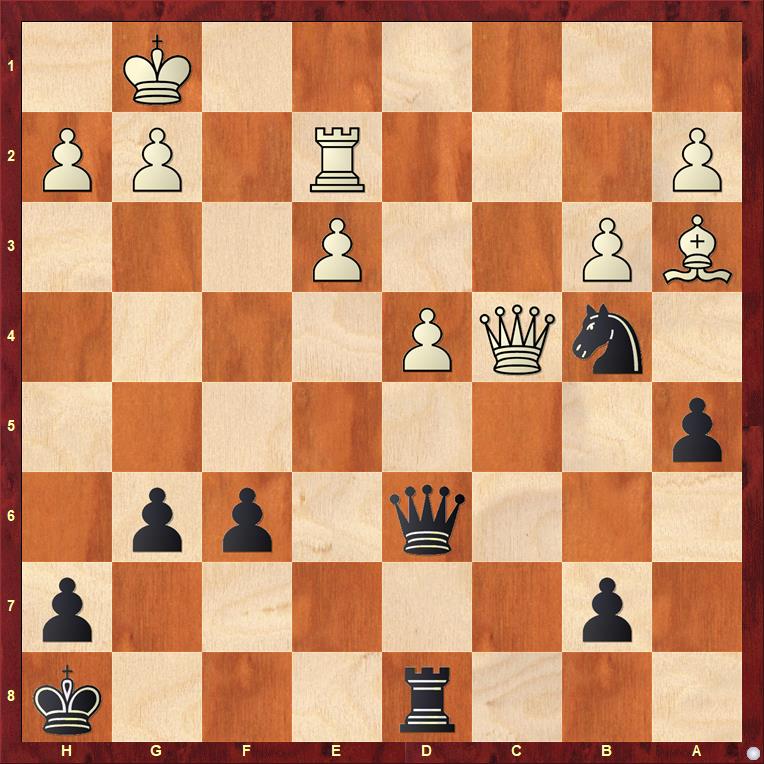 In this game from the Bernardo Smith Memorial, Alan Finkelstein is playing black against eventual tournament winner FM Baasansuren Erdene. Finkelstein had a solid tournament, scoring 3.5/5 in a tough open section. In this 2nd round game however, a slumped Finkelstein reveals things may not have been going so well. Can anyone guess by looking at the position on the board and the body language the computer analysis advantage for white? The answer at the end of the newsletter. 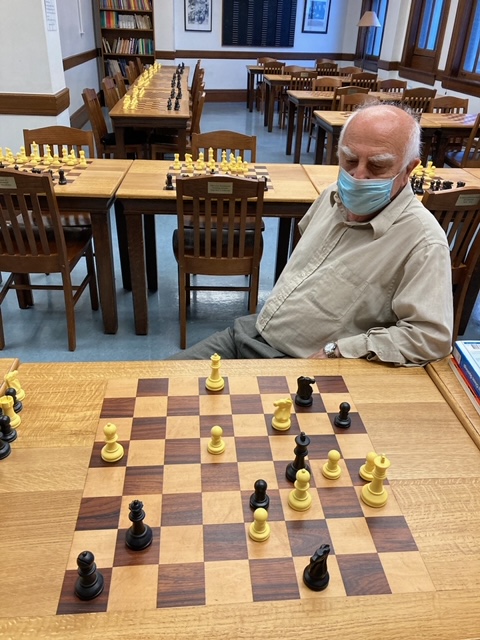 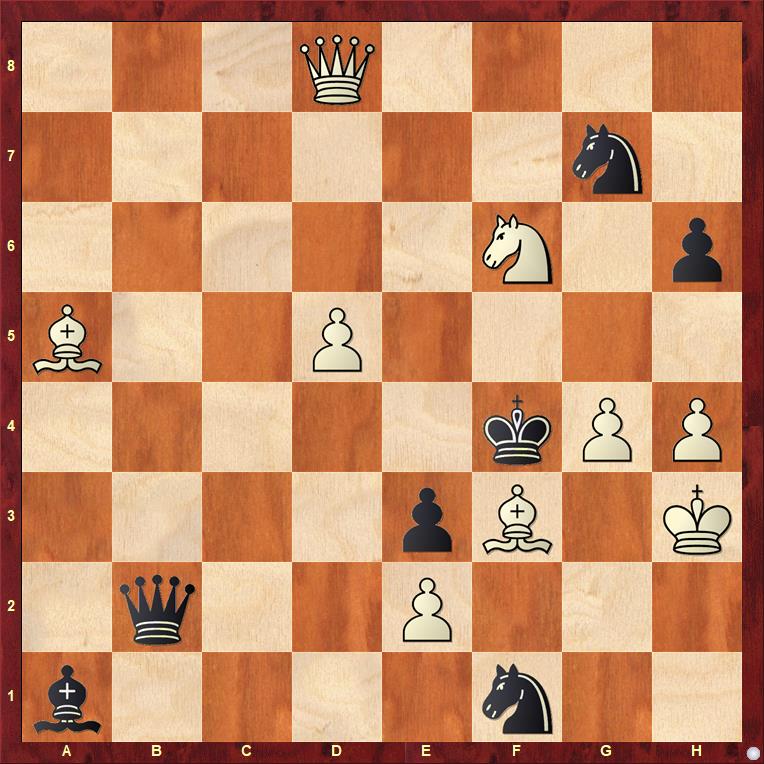 Aron Nimzowitsch and the Three Zugzwangs

Aron Nimzowitsch (1886 - 1935) was a fascinating individual, well known for his eccentric (and quite sound) ideas in chess.  My System and Blockade both authored in 1925, were followed by Chess Praxis in 1929.  An original voice and playing style had risen to the top of the chess world, and although he couldn’t quite crack through the Lasker/Capablanca/Alekhine trifecta, he was among the very best players of his day.

Concepts like over-protection, blockade and prophylaxis were coined and codified by this Latvian born and Danish naturalized citizen, and chess titans Bent Larsen and World Champion Tigran Petrosian counted themselves as his disciples.

As a chess player I am fascinated by certain patterns that arise in that world, where a player repeatedly finds himself in certain situations.  Why does Viswanathan Anand like the Knights, while Bobby Fischer favored the Bishops?  How come Geza Maroczy was the greatest Queen endgame player who ever lived?  What makes Petrosian march his King all over the board, and why was Mikhail Botvinnik hell-bent on crashing through the center?

Seeing these themes repeated endlessly, I hope to find the patterns that increase my own understanding.

In 1923 Nimzowitsch conducted the “Immortal Zugzwang Game”, tying up his opponent Friedrich Saemisch in knots and forcing his helpless opponent to resign with the board full of pieces on the 25th move.  It was zugzwang on the board, and in case you are unfamiliar with the concept here is the simplest example, with black to move: 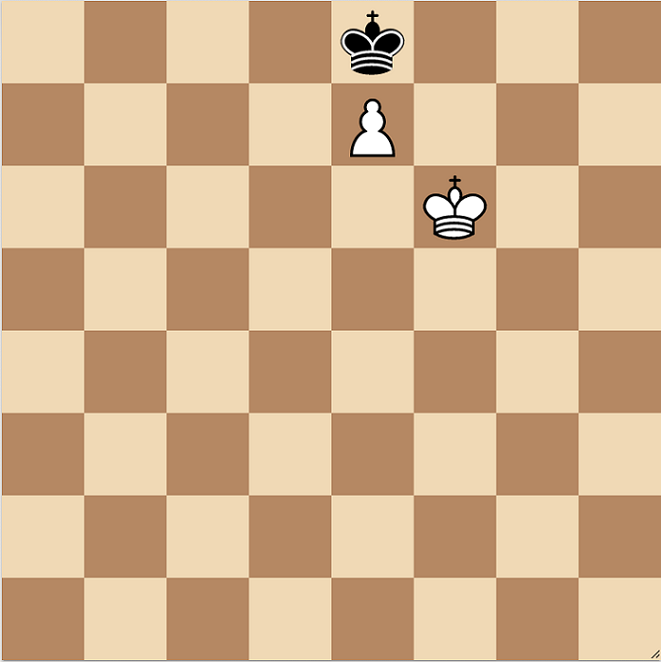 The word comes from German Zug 'move' + Zwang 'compulsion', so that Zugzwang means 'being forced to make a move'. (Wikipedia).

Black MUST play 1…Kd7 allowing white to force a new queen with 2. Kf7 and wins,

Here is the “Immortal Zugzwang Game”.  Annotating the game in My System, Nimzowitsch gives himself a double-exclamation mark after 25…h6!!

and concludes: “A brilliant move that announces the zugzwang. White has not a move left. If, e.g., Kh2 or g4, then R5f3. Black can now make waiting moves with his king, and White must, willy-nilly, eventually throw himself upon the sword”. 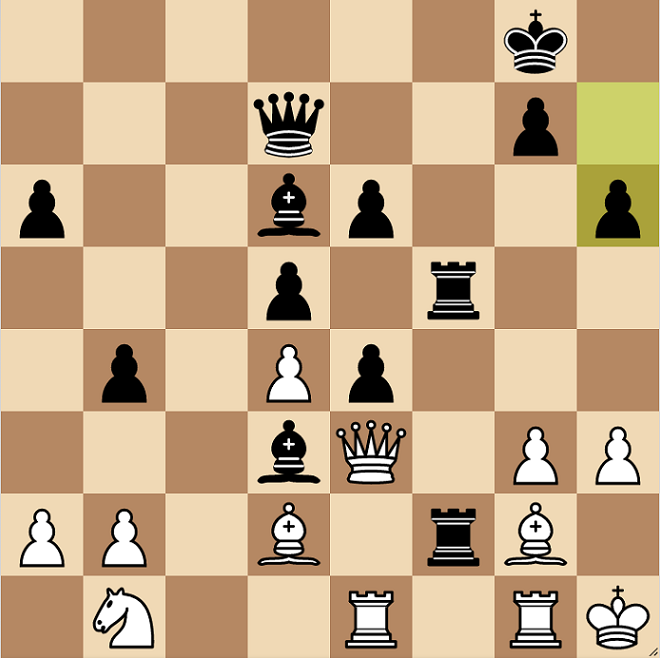 A great game, and a beautiful illustration of Zugzwang.

But now we come to one of those strange conundrums, those unexplained mysteries, for it came to pass that Nimzowitsch himself fell victim to a masterpiece of the Zugzwang theme: not once, but twice!

The first time was to a model squeeze by Capablanca, the standing World Champion at the time. 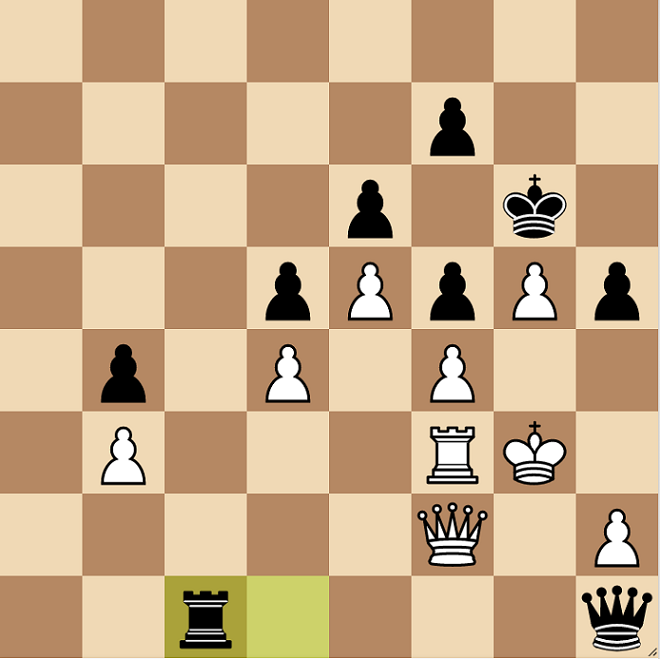 A game played and won in the style of Aron Nimzowitsch himself!

And then, three years later, incredibly, another classic loss to another standing World Champion.  This game seems remarkably like the victory over Saemisch in that the Zugzwang occurs in the middle-game, and features the famous “Alekhine’s Gun” theme as well, with the Queen backing up the doubled-Rooks: 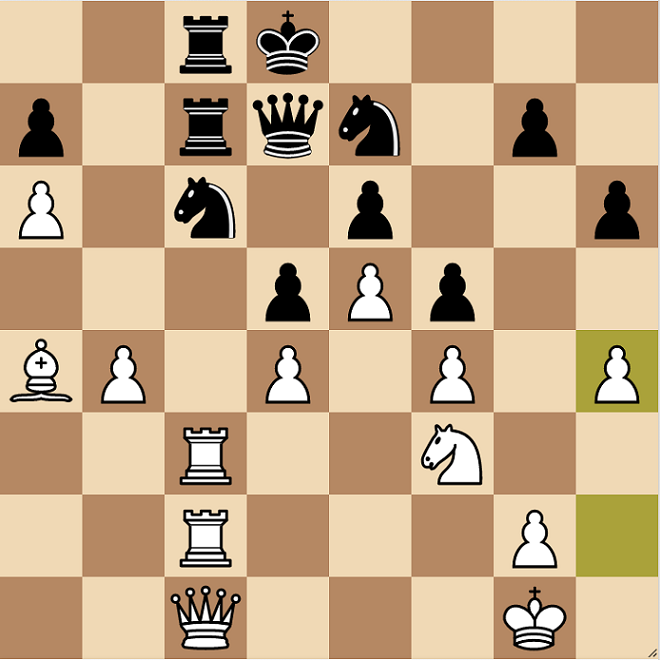 Zugzwang! As you can work out for yourself.

This leaves us with the (perhaps) unanswerable mystery: just what was it about Nimzowitsch and Zugzwang?  Like so many patterns and connections one sees in chess, this kind of question both puzzles and mesmerizes, prompting yet more investigations…

Bobby Fischer and His World

The games of the World Champions are always of great interest to club and tournament players. They keep their appeal through time as we love to look back and see what ideas they discovered to advance the game of chess and conquer all other players of their time. We see in Paul’s writings for this newsletter the wonderful examples of the champions 100, 80 or 60 years ago.  Someone who has been a living inspiration to many of our veteran chess players is Bobby Fischer – but Fischer’s career is now so long ago that he is being relegated to a “historical” world champion. His delightful games are still very instructive and entertaining to see, yet we place him now alongside Capablanca, Botvinnik and Alekhine.

There is no better way to learn of the career of Bobby Fischer than reading John Donaldson’s tome “Bobby Fischer and His World.” This 642-page work is comprehensive to say the least. If you miss hearing the entertaining stories that our former MI chess director would tell you on Tuesday evenings (before the TNM games) then you definitely want to read his book. John covers the development of Fischer as a boy so we see how he developed his game in the early years.  We give below first a game which developed the young Fischer, a loss to Viktors Pupols in a US Junior Championship. Viktors though is still playing touraments and one of the dwindling living connections to the glorious Fischer times.

We are most interested though to see the games when Fischer became superman, and mercilessly crushed all opposition. Bobby played many superb and forceful games from the late 50’s to his capture of the chess throne in 1972. We give a couple of those below. Many more wonderful Fischer creations are in John Donaldson’s book, along with a lot of the stories told in John’s engaging style.

Depending on the engine, but this particular body language means a 1.72 disadvantage for black.