If you are going to make your Thanksgiving holiday weekend a chess holiday, spend it with the team at Mechanics' Institute as we have our three-day, FIDE-rated inaugural Mechanics' Institute Gobbler Open. Time control is G/90+30 in 3 sections. $3500b/100 with free giveaways throughout the weekend and live broadcast of games. To register, please click HERE. Full tournament information can be found HERE.

IM Elliott Winslow continues to be the sole leader after three rounds of the TNM, as he defeated Edward Lewis after a long struggle in which he eventaully reached a Lucena position to get the win and remain perfect with 3/3. Kayven Riese, Guy Argo and Adam Stafford also got wins to remain only a half point back with 2.5/3. I have to give a special shout out to Tony Lama, who was in fine form with a sustained pressured attack to get a win over the highly talented Kevin Sun. 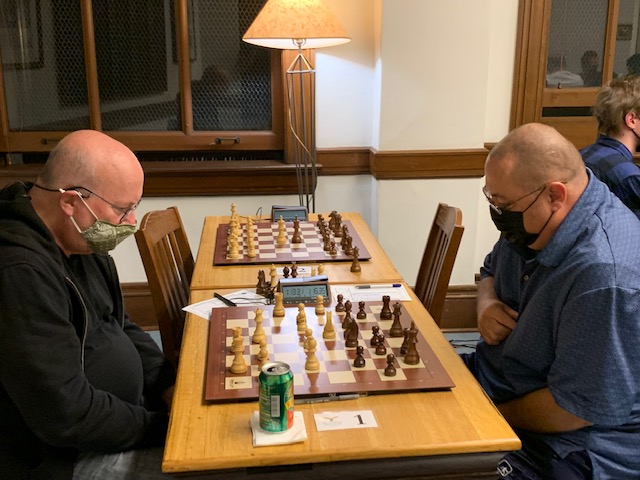 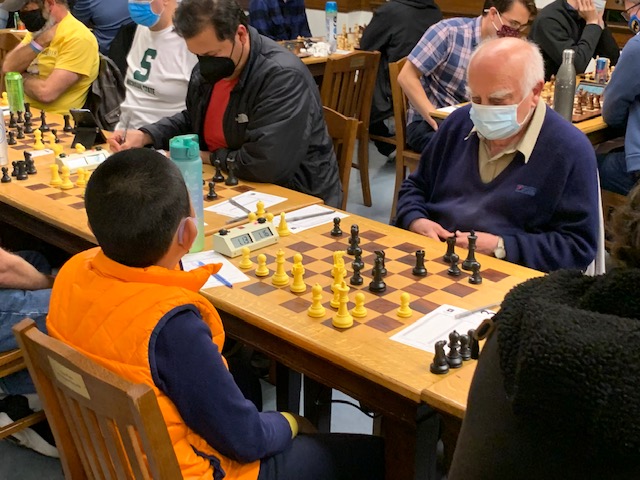 (Left) IM Elliott Winslow playing white studies the board against Edward Lewis. (Right) Tony Lama gets an impressive win with the black pieces against Kevin Sun.

In the under 1800 section, Romeo Barreyro and Dean Guo are the only remaining perfect scores after three rounds in the 52 player section. Ronald Allen held the section favorite Adam Mercado to a draw, and in probably the most intriguing game of the night, Samuel Agdamag and Stephen Parsons played to an exciting draw.

We had a very special guest visit the TNM. US Chess Senior Director of Strategic Communication Dan Lucas stopped by while on vacation in San Francisco for his first visit to Mechanics'. 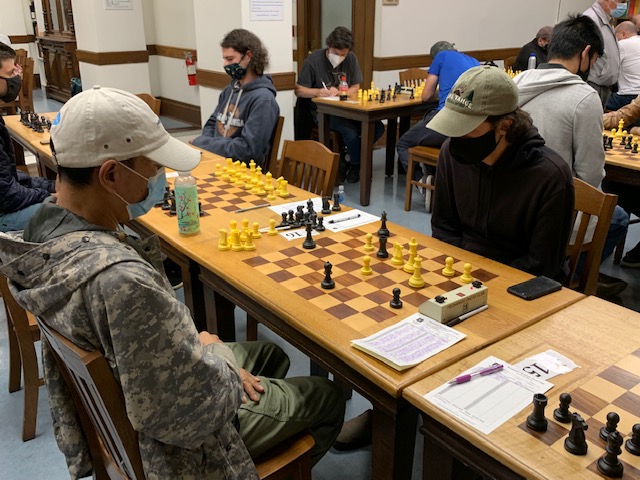 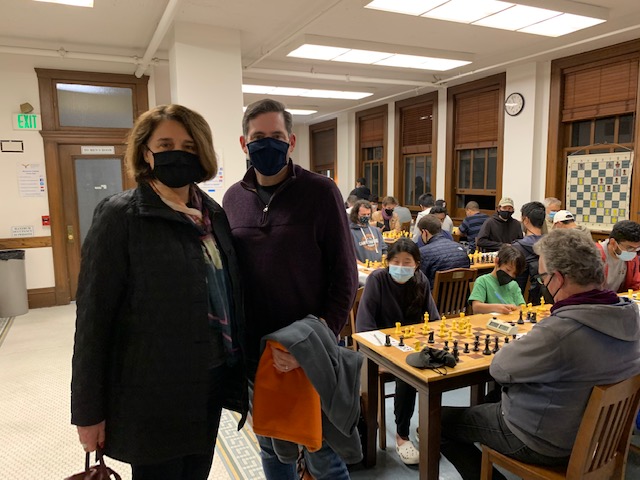 Here are some games from round 3, annotated by GM Nick de Firmian. 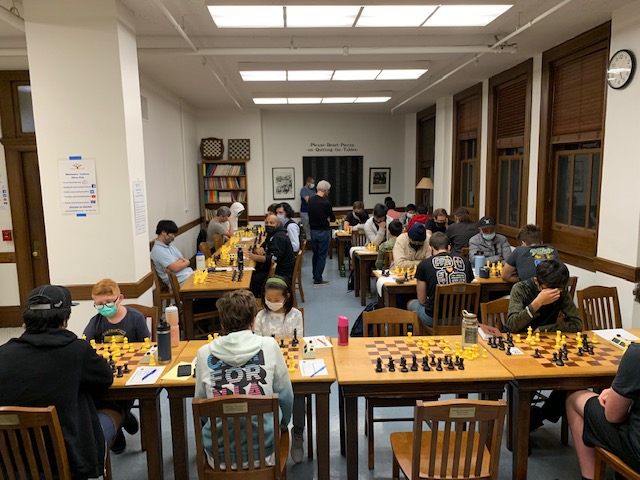 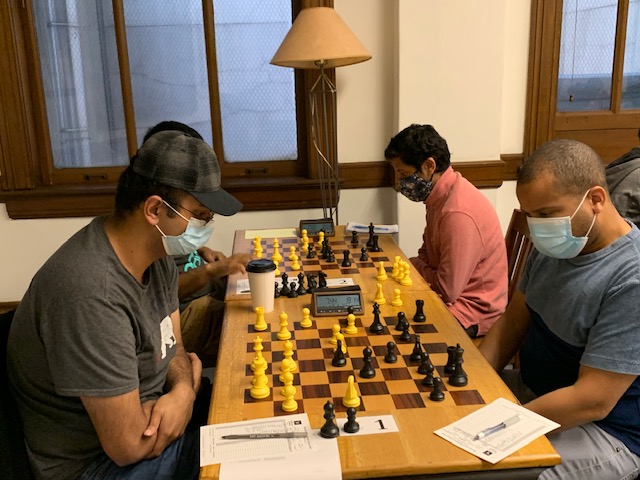 We held our November Championship Quads last Saturday with a very solid 34 players despite there being multiple chess events throughut the weekend. Our top quad was won by NM Dipro Chakraborty, a last minute registrant that proved worthwhile for him. We had very balanced sections with average ratings from 2100 down to 1000 in what is proving to be a very popular afternoon monthly event. To see full results, please click HERE. Thank you to all the players for participating! 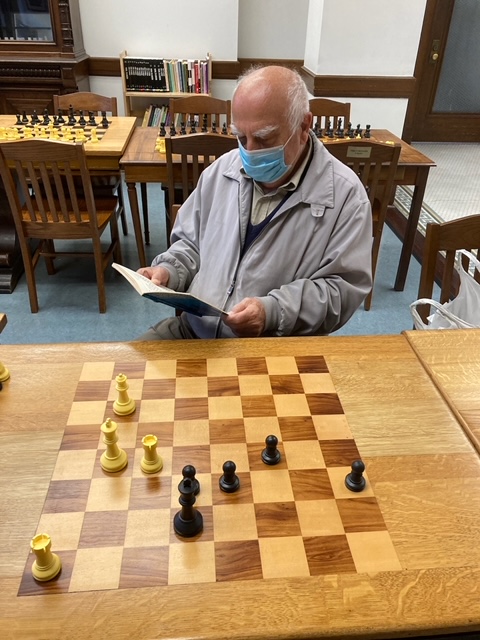 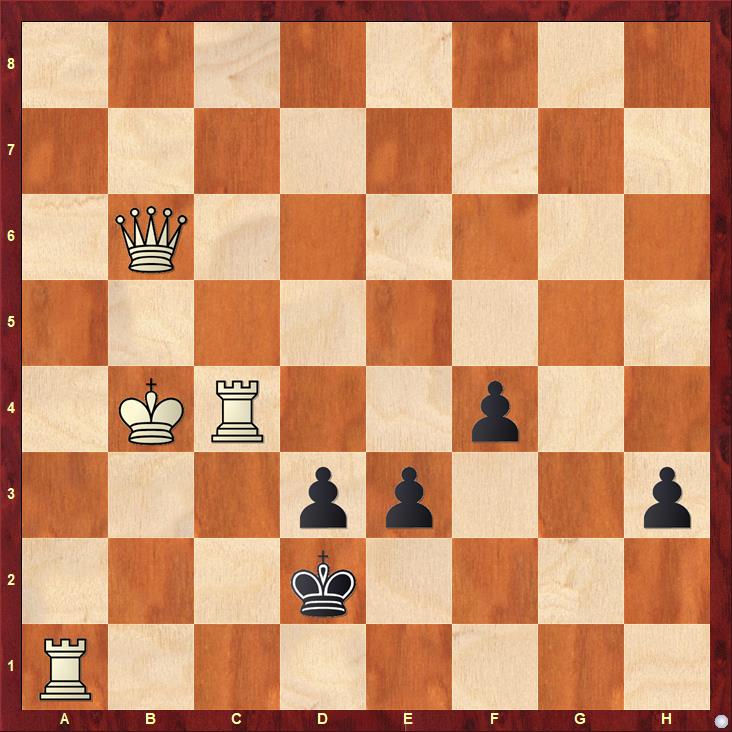 Problems in the Opening, Part One

As I’ve mentioned before, I dislike studying the opening.  Too much memorization seems required, all of those cheap traps and the books that go out of date soon after publication – where’s the artistry, where’s the fun in that?

Truth be told, my reluctance to delve deeply into the opening ultimately held my game back.  One just cannot compete at a certain level (against Grandmasters and their ilk) without cracking the opening books.  I learned this lesson in the worst possible way, in my very first game of my very first international tournament:

My opponent was a Grandmaster from the Philippines who had the reputation of being not so strong. But in 1976 he won an international tournament in the USSR, the first foreigner to do so since Capablanca and Fine in the 1930’s! 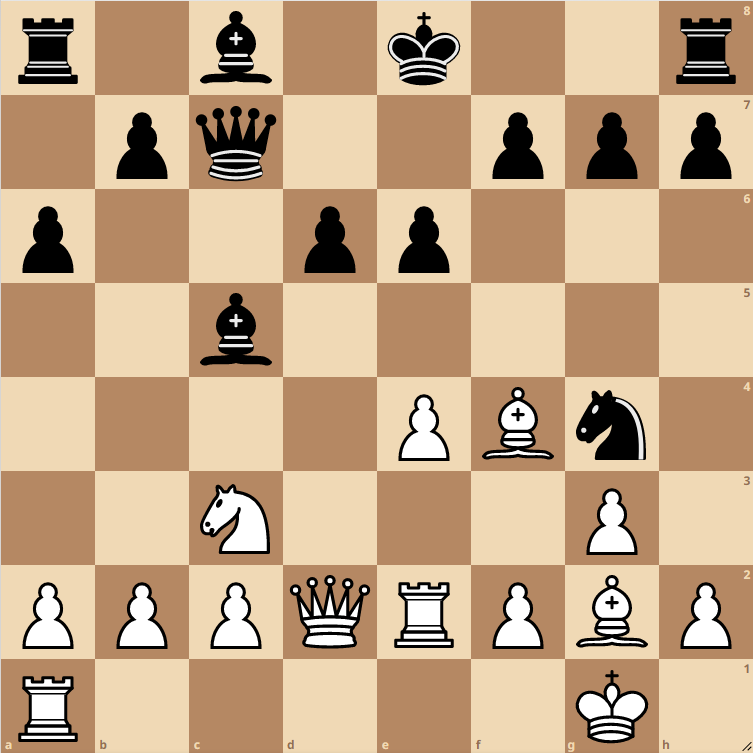 So far so good, but here I overlooked a rather simple trap that I should have been savvy to: after all, it was I who was using this particular variation of the Sicilian!

Thirteen years later(!) I got my revenge, defeating GM Balinas in a blitz tournament at the Mechanics’ Institute.  The game is lost in the sands of time, but I must have gotten out of the opening.

The long awaited World Championship match starts a week from now. It has been three years since the last championship due to the pandemic – a length of time like the old days last century. Now though we get to enjoy a great battle between deserving challenger Ian Nepomniachtchi and King Magnus. On paper Magnus should be a big favorite. He is the highest rated player in history, has held the #1 rating in the world for the last 11 years, and the title of World Champion for the last eight years. Magnus however has trouble winning a game in these World Championship matches, and therefore our question if he can win is not so crazy. He has not led a World Championship match in the (main) classical time control phase since 2014 – a full seven years. He has only won one game in the classical time control since that 2014 match against Anand. That one win was back in 2016 against Karjakin, and he failed to win a single classical time game against Caruana in 2018. Of course you know that he retained his title, due to the fact that he almost never lost himself. Both of the last two matches ended in a 6-6 tie in the classical phase and Magnus showed his clear superiority in the rapid chess tiebreaks.

The question is whether next week we will see a repeat of this cautious, deliberate chess that leads to so many draws. We should understand a reason for this is that the opening preparation is so advanced the players feel they cannot ad lib and play by the seat of their pants. They fear they could walk into a heavily prepared variation done by computer programs together with many grandmaster seconds. One careless or too adventurous move could end in defeat, and wins are very hard to come by. That is the second reason players have been cautious – if you lose a game in the middle of the match you may have only 2 or 3 more games with the white pieces to get back to even. (To win on-demand with Black is too tall an order.) FIDE has tried to improve this by lengthening the match to 14 games instead of 12 games so there is more chances to win games. The most important factor though is likely to be the willingness to take risks. We hope the spirit of Tal descends upon Dubai for the next month. It is fortunate that the challenger, Nepomniachtchi, is an adventurous player. We look for Magnus too to revisit the swashbuckling stye of his youth. Below we give an early game from Magnus and also the last World Championship classical time game, where Magnus should have channeled his inner Tal.

Draw agreed. Fischer never would have done that. Black is clearly more comfortable, but Magnus didn't want to risk anything. He felt confident he could win in the rapid playoff, yet classicists wish he would play the game to a conclusion here. 1/2-1/2