Mechanics' Chess Newsletter 1000 Will be Released on Saturday January 1, 2022!

The Mechanics' Institute chess newsletter will celebrate it's 1000th issue on January 1st! Begun more than 20 years ago by Mechanics' longest-serving Chess Director IM John Donaldson, we will have a very special issue with special guest contributors.

Ring in the New Year with a very special edition of the chess newsletter, coming very soon! We will not have a newsletter released on Christmas Day.

We had 56 players participate in the December edition of the Mechanics' Championship Quads. It was a strong field which had balance from top to bottom, making it suitable for players of all levels. The top quad saw a split in prize between Abhishek Mallela (2113) and National Rockefeller Elementary School Champion Henry Deng (2095). Click here to see the full results: http://www.uschess.org/msa/XtblMain.php?202112116052-16681298 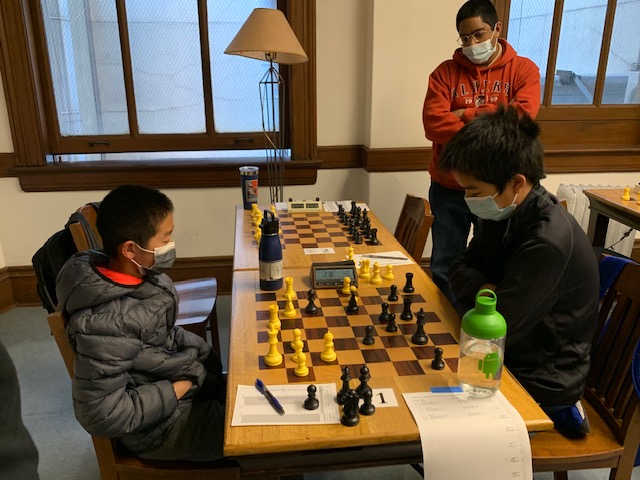 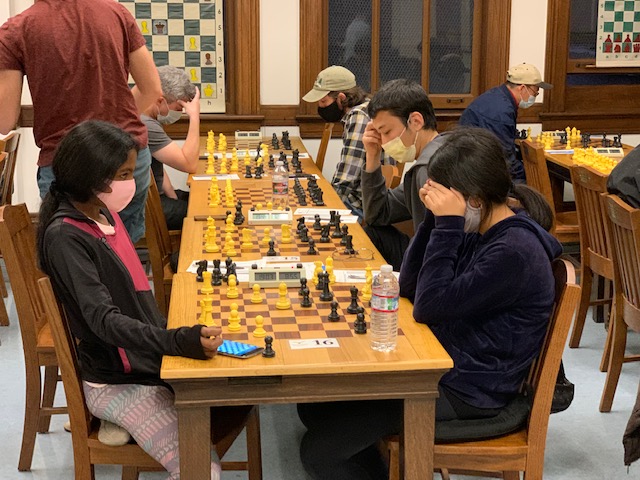 Here we go, one round to go in the final TNM of 2021, and it looks like round 8 will decide the top spots in both sections. Nathan Fong held on to a draw in a tight endgame against IM Elliott Winslow as Fong was defending king and light squared bishop against king pawn and light squared bishop. Winslow tried to test Fong's defenses, but Fong seemed to know the position, making it impossible for Elliott to promote unharmed. Christophe Bambou got a win against Nicholas Weng, setting up a final round match to determine the winner between Winslow 6/7 and Bambou 5.5/7. 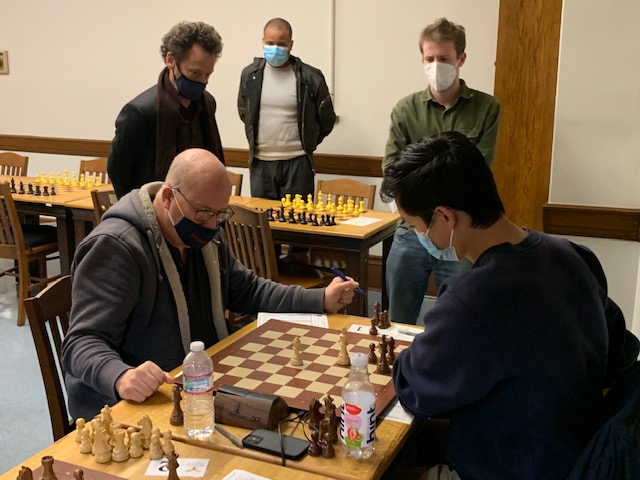 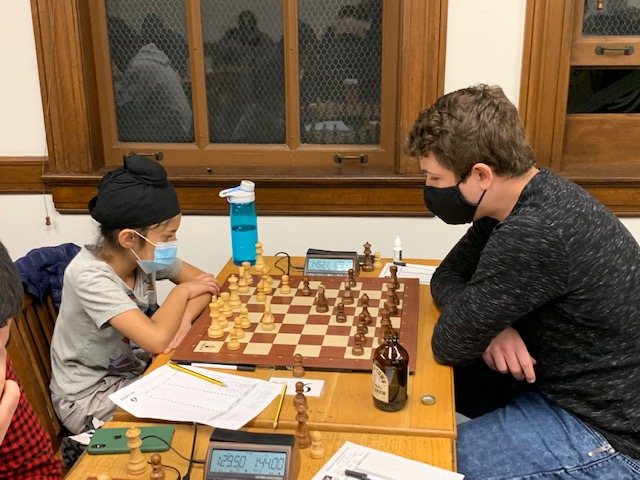 In the under 1800 section, Yuvraj Sawhney continues to rise quickly, as he defeated top seed Adam Mercado to take sole 1st with 6/7. Mercado, Adam Ginzburg and Timothy Bayaraa are close behind at 5.5/7.

Watch the broadcast by clicking HERE.

with seconds to spare! Great excitement for the watchers! 0-1

There can be so much more to a chess game than what is on the board, and it doesn't take a master to enjoy and appreciate riveting drama that brings all the excitement equivalent to watching a compelling sports competition. During last weekend's Championship Quads, I was watching a game between Daniel Wang (1715) playing white against Yuvraj Sawhney (1612). Here is the position. 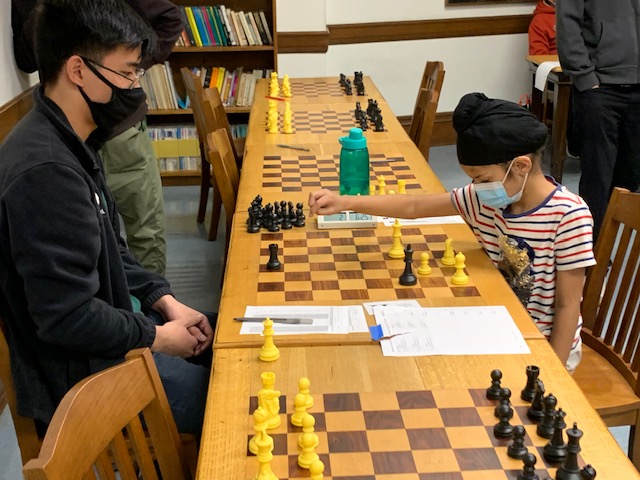 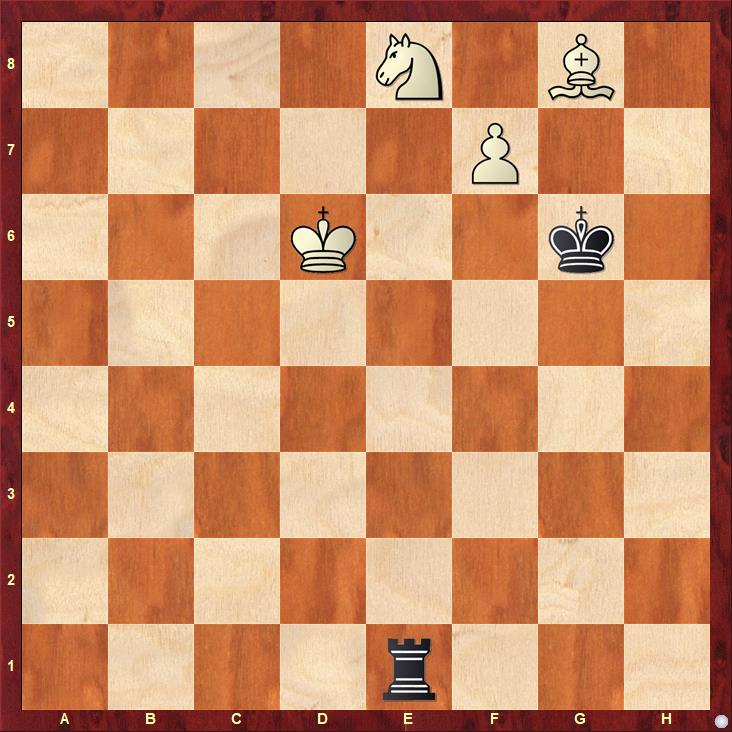 An engine can look at this position and calculate optimal moves, but that won't begin to tell the tale of what was happening. Daniel Wang has the white pieces, but has two seconds left in a G/30;d5 time control while Yuvraj has a little more than six minutes. White's pawn is looking to promote, and I was wondering if black would look to sacrifice the rook for the pawn and force white to mate with king, bishop and knight in under 50 moves. But I noticed in black's moves that that was not the strategy. Black was looking to continue checking the king in hopes of white losing on time. If black sacrificed the rook, a win would not be possible due to insufficient mating material. The moves were frantic and you could see the pressure on both players' faces. There were a few people spectating the game, looking at players, looking at the position, and looking at the clock, and it all was a treat. The chess may not have been precise, but it was as exciting as any club chess game could be.

What was the result? Unfortunately for black, white was able to create a block with the knight to force promotion and won the game, keeping his 2 seconds on the clock by finding the win within the delay. Kudos to white for finding the winning combination, kudos to black for going for the win, even if the strategy may not have been the best. Who said club chess wasn't fun? 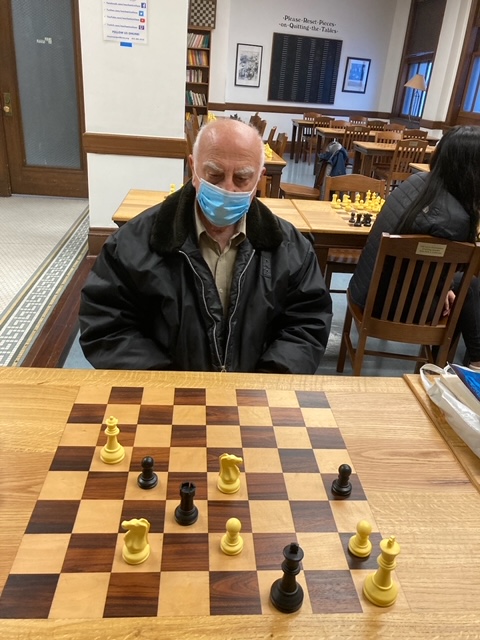 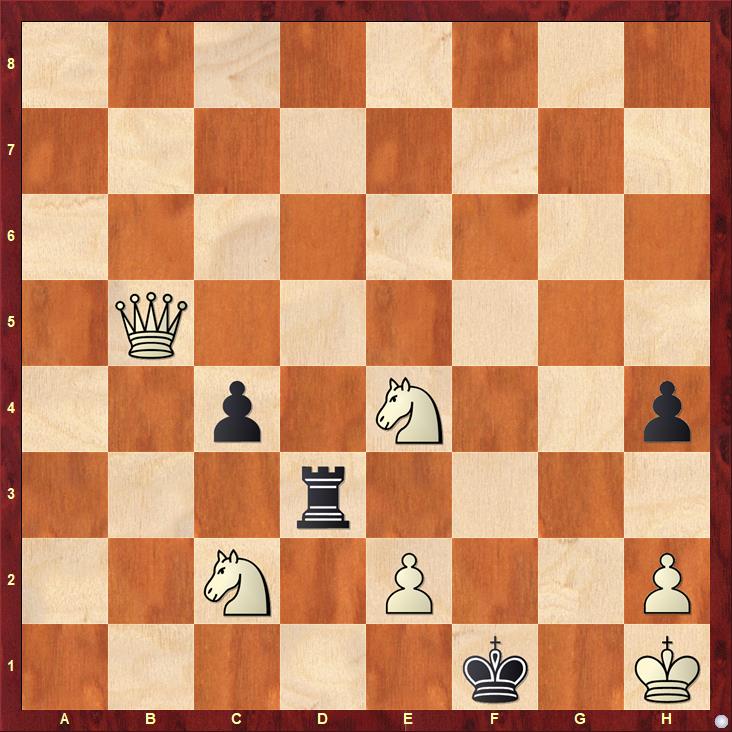 In 2013, I was in my first year as Chess Coordinator at the Mechanics’ Institute and decided to throw my hat into the ring (yet again) and play in the Neil Falconer TNM, named for that longtime MI chess room advocate and trustee.

Are chess players superstitious?  The answer is surely yes.  Tal blamed the loss of his “lucky pen” for the loss of the World Championship in 1961.  Karpov famously didn’t wash his hair when he was on a winning streak.  Was it Miles who didn’t change his shirt for an entire tournament?

I don’t think of myself as superstitious, but I started to think about Lady Luck (or the luck of the draw) recently when I heard someone complain they had three blacks in a row (it can happen!).  Sounds bad, right?  But what happened to me back in 2013 also seems pretty amazing - in retrospect.

The Chess Club has always attracted players born in far-away places.  We have players from Mongolia, Ireland, Scotland, the Philippines, Kansas.

And of course Russia, and the countries that made up the former Soviet Union.

So, it shouldn’t have come as too much of a surprise that I found myself paired with a veritable Murderer’s Row of Russian Experts in rounds five, six and seven of the Falconer TNM.

Luckily for me, Lazar Shnaiderman and Victor Todortsev were on a bit in age: both these gentlemen were in their ‘80s and going strong!  I distinctly remember them, but not so much Mikhail Chernobilskiy, who was a few years younger than I – so no spring-chicken either! 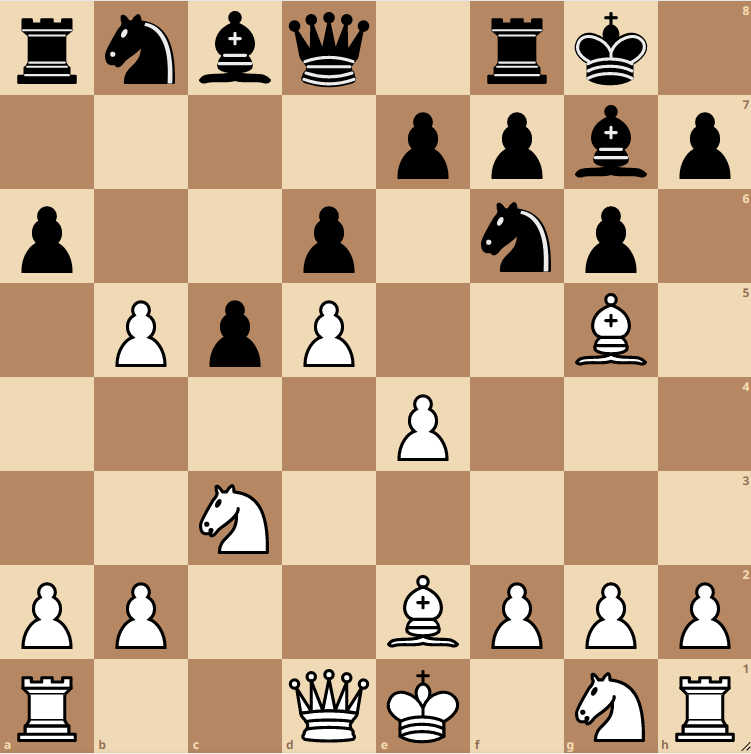 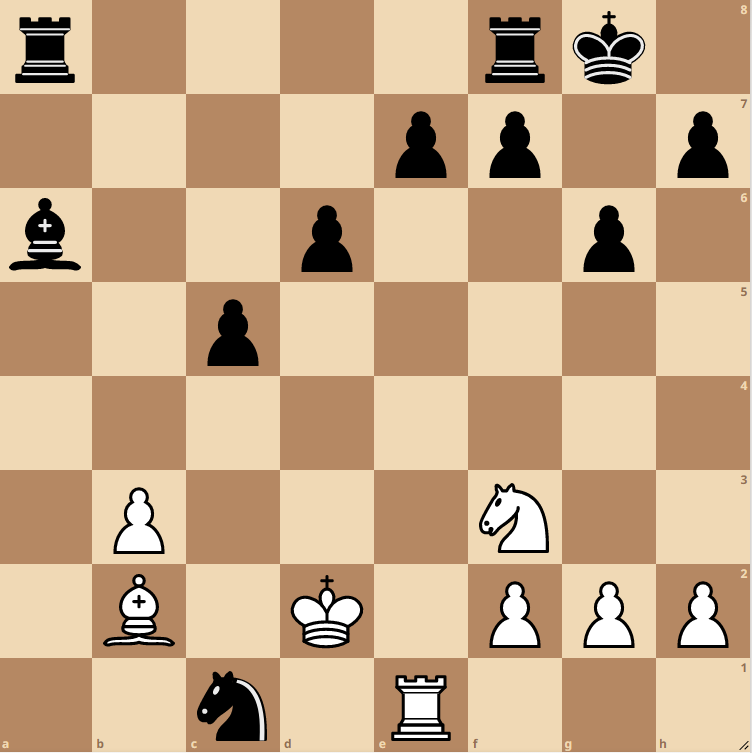 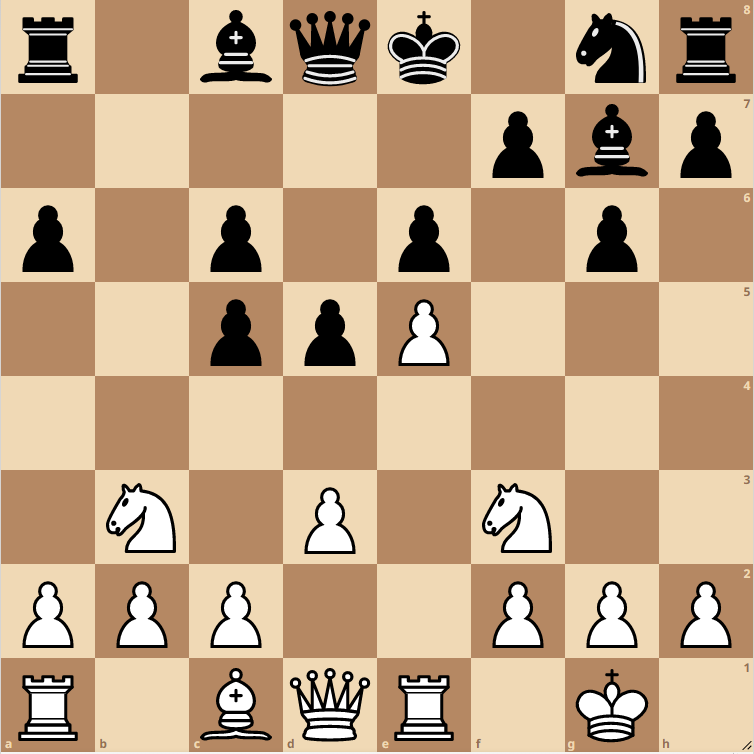 Black is already in hot water – with the c-pawn and on the dark-squares. 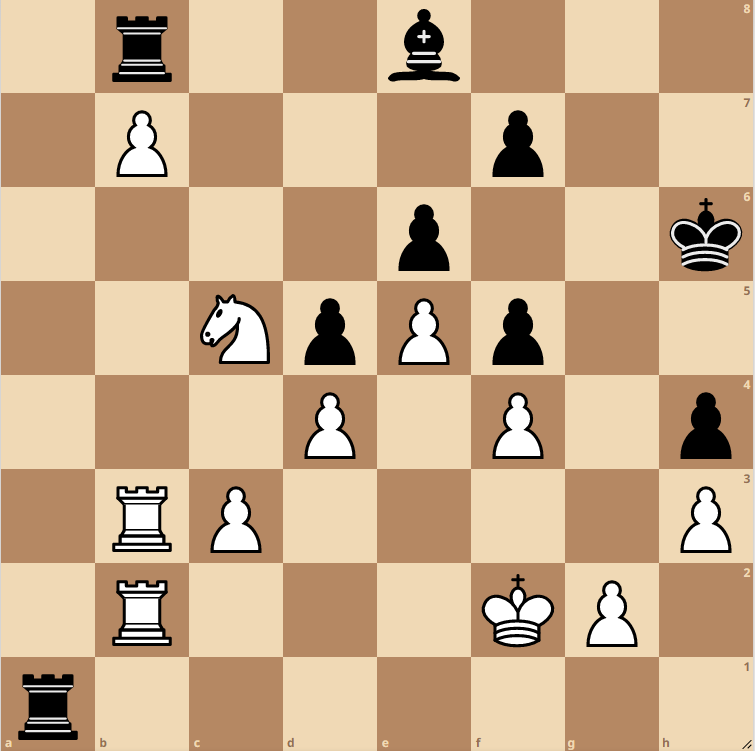 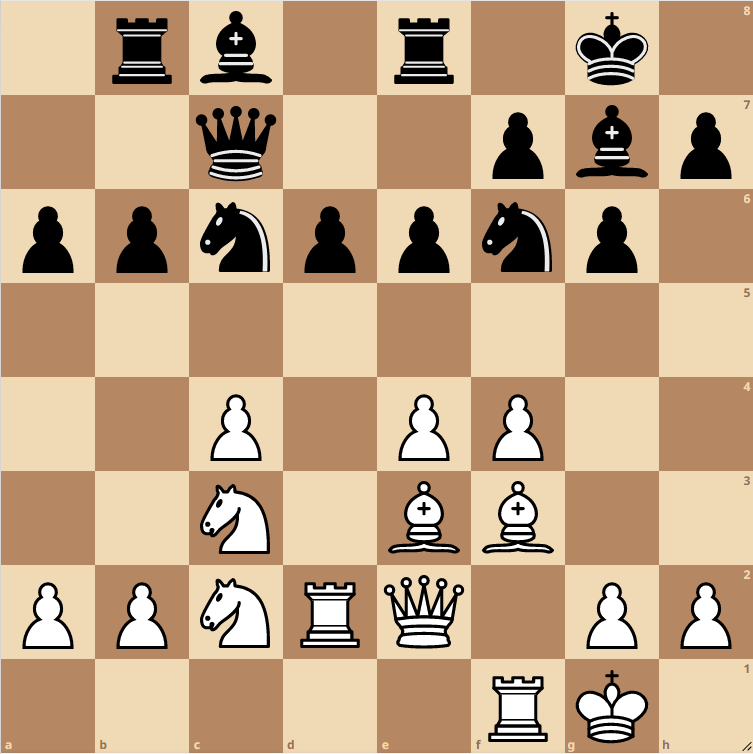 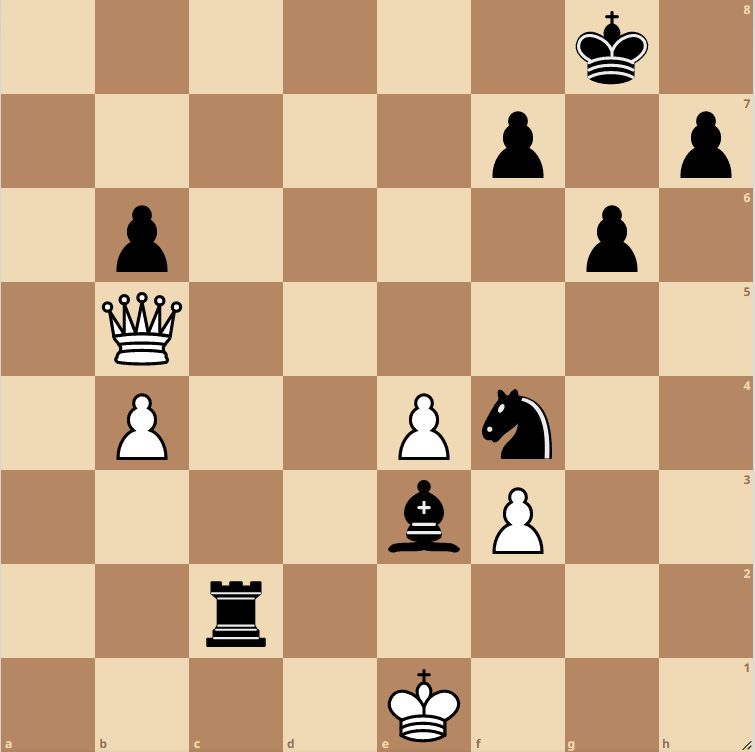 I recently communicated with former MI Chess Room Director IM John Donaldson, trying to find out a bit more about these folks (they all stopped playing around 2015).  We came to a somewhat of a standstill.  Anyone have any recent news of Mr. Shnaiderman, Mr. Todortsev, or Mr. Chernobilskiy?

American chess has risen to the top of the world, with three players in the top 10 (Caruana, So, and now Aronian), plus #15 (Dominguez) and our own Sam the man Shankland at #29.  No other country has so many of the very top players as we do, and we also have promising young players such as Jeffrey Xiong and Hans Nieman (the Demon).  The all-time top ratings of players put Americans in the third and fourth spots behind #1 Carlsen (2889) and #2 Kasparov (2854). Those are Caruana (2851) #3 and Aronian (2835) #4. Wesley So has also been very impressive on the world stage, beating Carlsen in Fischer Random chess and also sometimes in rapid matches. One looks down the all-time rating list and sees the incredible Bobby Fischer at #21 with peak rating of 2789. That is an amazing number when you realize it was 49 years ago, and ratings were much lower. The number two rating in 1972 was only 2660, which was a tie between Karpov and Spassky.

One doesn’t see Fischer on the current rating list of course as he passed away in 2008. What is most surprising though is you don’t see the rating of another American whose peak rating of 2819 puts him at #10 on the all time list. He has disappeared not only from the rating list, but all competitions for world championship and all other classic chess tournaments. Yet he is only 34 years old! You may have guessed that our missing American is Hikaru Nakamura, renowned for blitz chess and now for streaming. He seems to want only fun, fast involvement with chess these days – something a number of our club players can relate to. Why struggle so hard for so many hours only to be disappointed like Nepomniachtchi? Quick and easy games don’t tax you nearly so much and won’t leave you depressed after a loss. Naka is making a lot of money streaming these days, and he still plays rapid and blitz chess at a very high level. Still one wonders if he had really struggled to become world champion whether he would have been playing for the title match this year instead of Nepo. We give below two of Naka’s brilliancies in classical chess games. This makes one wonder what might have been if he had continued on the quest to be king.