‘No more admirable building could be provided for such a purpose’: A study of several mechanics’ institutes and how they have been adapted for twenty-first century Britain

Many historians and educationalists have suggested that the Mechanics’ Institute Movement in Britain was not a success. They argue that, while they were established in industrialising towns and semi-rural communities from the early 1820s, by 1850 the Movement was in decline due to a series of factors. However, the author has provided substantial evidence to show beyond doubt that their contribution to ‘useful knowledge’ was important until the end of the nineteenth century, when government finally took full responsibly for establishing adult education for all. This paper provides the opportunity to examine their legacy and subsequently what happened to mechanics’ institutes, selecting several examples, and how they have adapted to the twenty-first century and what impact, if any, they still have on their local communities. 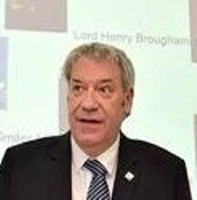