The Boston Athenaeum: Past, Present, Future

Conceived by its founders in 1807 as a “fountain, at which all, who choose, may gratify their thirst for knowledge,” the Boston Athenæum came of age amidst the intellectual flowering of 19th-century New England, rising to become one of America’s largest research libraries and most influential art museums in the period before the Civil War. After surviving the social and economic tumults of the 20th century, the Athenaeum has entered the 21st-century poised on the cusp of even greater change.

How can a quintessentially Victorian institution remain vital in a digital age, in a region known for biotech? The Athenæum’s new director explores these questions in a richly illustrated lecture that ranges across history and identifies several key factors likely to shape the institution’s future. 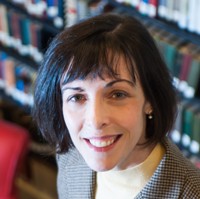