Mary Morganti served as Director of Library of Library & Archives at the California Historical Society (CHS) from 2001-2015, and previously was Supervising Archivist at The Bancroft Library, University of California (1990-2001). Mary started her professional career as a Manuscripts Librarian at CHS, and later worked as a corporate archivist. From 2001-2015, Mary was an active member of the California Preservation Program of the California State Library, and has served as a consultant and trainer for the CPP's workshops on disaster preparedness and response for collections. Mary continues to serve as coordinator for the Bay Area Mutual Aid Network concerned with disaster preparedness for local libraries and archives. She is a member of the Academy of Certified Archivists, and a member of the Society of American Archivists and the Society of California Archivists.

Planning for Disaster: A Case Study of Water Response & Recovery at the California Historical Society 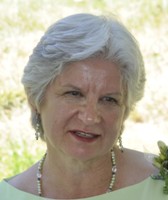