Prior to his current tenure as Executive Director of the Redwood Library and Athenaeum, Benedict Leca was the Chief Curator and Director of Curatorial Affairs (2012-14) at the Art Gallery of Hamilton, Ontario, and before that Curator of European Painting, Sculpture and Drawings at the Cincinnati Art Museum. He was the first Andrew Mellon Post-Doctoral Fellow in the French Paintings department at the National Gallery of Art in Washington (2003-2007), and served on the staff of the Fogg Art Museum, Harvard University (1999-2000).

Mr. Leca has curated many important exhibitions: Charles-Nicolas Cochin: Draftsman of the Enlightenment (2003); Rembrandt: Three Faces of the Master (2008); Thomas Gainsborough and the Modern Woman (2010—2011); Monet in Giverny: Landscapes of Reflection  (2012); The Painter Pictured: French Nineteenth-Century Paintings and Portrait Photographs (2013); The World is an Apple: The Still Lifes of Paul Cézanne, executed in partnership with the Barnes Foundation, Philadelphia (2014-15), and Illuminations: Italian Baroque Masterworks in Canadian Collections (2015).

In addition to organizing landmark exhibitions, Mr. Leca has lectured and published widely on 18th- and 19th-century painting, print culture, and the history of the book, and has completed a number of significant translations.  He has been the recipient of numerous grants and awards, primarily for research, exhibitions, and catalogues. His exhibition Thomas Gainsborough and the Modern Woman was selected as an Art Critic’s Pick: top ten exhibitions for the year 2011 by the Los Angeles Times, and in that same year he was awarded the Association of Art Museum Curator’s award for the best essay of the year.

Back to the Future: An Athenaeum for the Digital Age 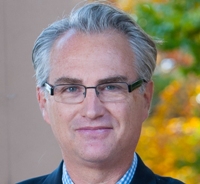