A Library for Manchester's Enlightened: Yesterday, Today, and Tomorrow

The Portico Library opened in 1806 in response to the cultural and intellectual desires of Manchester society during its Boomtown period, mirroring similar societies in the United Kingdom and beyond. The advent of free public libraries brought a long period of relative decline for the Portico until the around the 1970s since when the Library has embarked on a new lease of life. Its current success can be attributed simply to its ability to adapt and reinvent itself by partnering with a variety of cultural and community organisations and groups through its outreach projects, event and exhibitions programmes as well as conference and seminar opportunities. Socio-political issues challenge how the Portico interacts with diverse communities such as refugees, asylum seekers, young people and the elderly. Its successful Portico Prize for Literature has celebrated writing of the North of England since 1985, whilst also rewarding and encouraging established and emerging writers of fiction and non-fiction. This has led to extending this ethos to schools throughout the region (The Portico Sadie Massey Awards for Young Readers and Writers) and to published and unpublished poets (The Portico Poetry Prize). Through its constantly changing trajectory of adaptation my presentation will demonstrate the relevance of the Library and its collection to new audiences. 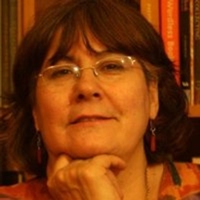