Bloomsday Noon - A Montage of Readings, Performances, and Music on Zoom | Mechanics' Institute

If after signing up, you do not receive a Zoom link by 11:00 am on the day of the event, please let us know at [email protected]

Our annual celebration of James Joyce’s Ulysses goes online as our first international Bloomsday with a montage of readings, performance, song and celebration. We have guest artists from the Bay Area, New York and Ireland to bring selections from Joyce’s epic novel to life with interpretations traditional, contemporary and experimental!

Aaron Beall created the Obie award winning theater company Todo con Nada in 1988. He also created the New York International Fringe Festival. As an actor he has performed with Julie Taymor, Larry Fessenden and Jim Simpson, among others. He has been performing in Bloomsdays for 20 years, appearing as Bloom at Symphony Space on WBAI, KPFA and on RadioBloomsday.

Bruce Bierman (Director) is an award-winning actor, playwright, director and celebrated Jewish dance master. His work has been staged at theaters including: South Coast Repertory, The Odyssey Theater Ensemble, Celebration Theater, New Conservatory Theater and the Ashby Stage, Most recently Bruce served as the Yiddish dance dramaturg for two productions of the Tony Award Winning production of 'Indecent for Washington D.C.'s Arena Stage and the Oregon Shakespeare Festival. Since 2006 he has been on the teaching faculty of Stagebridge in Oakland, the nation’s premiere performing arts institute for seniors and developed the company’s first satellite program at the Los Angeles LGBT Center.

Mark Faulkner (audio/visual editor), who is a native of Massachusetts, established Bohanti Productions upon moving to the Bay Area in 1997. Under that nom de plume, he has provided production and post-production video services for creatives in the corporate, news and documentary and entertainment realms. He is proud to be associated with the Mechanic’ Institute and all their good works.

Catherine Flynn is Director of Irish Studies and Associate Professor of English at UC Berkeley where she works on Irish modernist literature and culture in a European avant-garde context and on critical theory. Her book James Joyce and the Matter of Paris recently appeared with Cambridge University Press (2019). She is currently at work on an edited volume with CUP titled New Joyce Studies: Twenty-First Century Critical Revisions and on an edition of Ulysses for its centenary in 2022.

Anne Bingham Goess (Music Director) is a fiddler and English lit major who has been celebrating Bloomsday at the Mechanics' Institute since 2013. A versatile musician, she plays regularly for Irish, contra and English Country dancing around the Bay Area, and is the Associate Music Director for California Revels (the Christmas Revels in Oakland). She has recorded with Melanie O'Reilly and Thomas Lindemuth (their CD Letters From Abroad features original compositions inspired by a year Anne and her husband and son spent in Poland).

Dan Harder is a poet, novelist, essayist, opera librettist, award-winning playwright, journalist, radio commentator, and children's book author. He first met Stephen Dedalus and the Bloomsday crew while riding BART to Laney College where he was taking a welding class. Oxy-acetylene and unsettling oxymorons are a wonderful combination.

John Ilyin has appeared in numerous dramas, concerts, musicals and operas throughout the Bay Area. Some of his favorite roles include Bobbie, in Company, Sky Masterson in Guys n' Dolls, El Gallo in The Fantastiks, Captain Von Trapp in Sound of Music, and the title role in Scrooge

Andrew Juris is a visual artist from Redwood City, California. He studied digital multimedia and motion graphics, and working with many Bay Area artists has created motion-based visual environments for music, theater, comedy improv and dance performances. Every week for the past five years Andrew has provided live interactive projections for the immersive dance experience Thursday Night Music & Light at This Here Space in Berkeley, where he has developed his own style of projection by overlaying real-time motion graphics with film visuals.

Esther Mulligan is from County Wexford, and has been a performer in the Bay Area for several years. She has worked with Aurora Theatre, Berkeley Rep, S.F. Playhouse, and Shakespeare Santa Cruz, among others. She most recently played Fraulein Schneider in Cabaret, with the Refuge Theatre.

Amy X Neuburg, based in Oakland, California, has been composing and performing her unique brand of ‘avant-cabaret’ language-based music for voices, electronics, percussion and ensembles for over 30 years. She has played throughout the U.S. and abroad in capacities ranging from solo live-looping performer to opera singer, composer for choruses and large ensembles, and audio artist for dance, theater and installations. Amy studied voice and linguistics at Oberlin Conservatory and College and electronic music at Mills. She received the Alpert/Ucross prize and numerous grants including Gerbode and Arts International. “Entitled (excerpt)” is from a larger work originally commissioned by Virginia Tech University for their 140-speaker surround space The Cube in April 2019. The video by Andrew Juris was added May 2020.

Cariad O’Brien has directed Bloomsdays for over 20 years. In 2009, she created RadioBloomsday, a nationwide 7 hour broadcast of James Joyce's Ulysses. Her performance of the three hour Molly Bloom episode is available at completeulysses.com. Caraid is also an award winning translator of Yiddish plays into English. caraidobrien.com

Melanie O'Reilly is an internationally-known celtic-jazz performer, singer, songwriter, and music educator from Ireland. She has recorded seven albums and performed on eight compilations, She has performed at several international festivals , including representing Ireland at the European Union International Jazz Festival at Schoenberg Hall, Los Angeles, the National Concert Hall Dublin, San Francisco's Black Cat Club and her Tribute to Anita O’Day show earned her four-star reviews at the Edinburgh Festival. A regular performer at previous Mechanics Institute Library Bloomsday events, she is delighted to return to Bloomsday on Zoom 2020.

Josiah Polhemus was scheduled to play Dracula in RE:ACT's world premier adaptation . He was also scheduled to perform in NYC in Edith Wharton's The Bunner Sisters in April and May. Both have been cancelled. In SF he has worked with The Shotgun Players, ACT, FoolsFURY, Theatreworks and Word For Word. Thank you Bruce and Laura for including me. It has reminded me that humans are resourceful and resilient and that storytelling isn't going anywhere anytime soon.

Laura Sheppard (producer) has served as Director of Events at the Mechanics' Institute in San Francisco since 2000 where she presents author events, literary celebrations and the CinemaLit Film Series. Her performance piece, Paris Portraits based on the memoir of San Francisco writer Harriet Lane Levy was presented at the Contemporary Jewish Museum and the Marines Memorial Theater for Humanities West. She is producer and co-artistic director of Yiddish Theatre Ensemble, Berkeley. 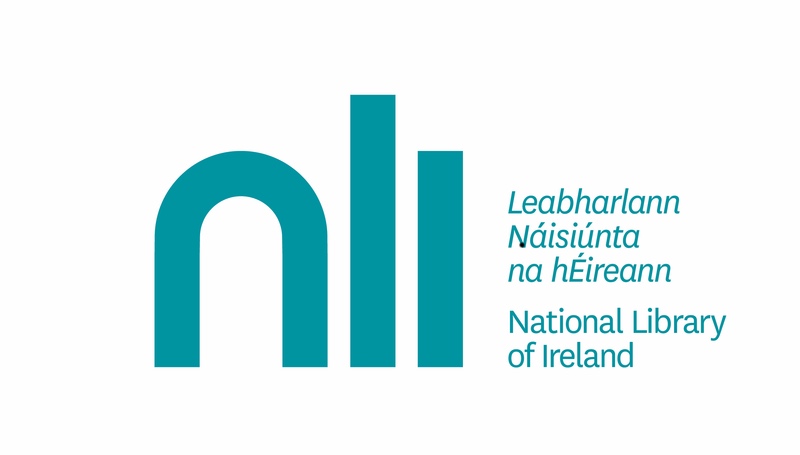 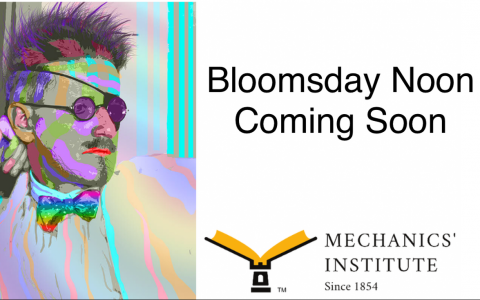