Political provocateur Vladimir Sorokin is one of Russia’s most controversial writers-in-exile. His new book, Telluria offers a cautionary tale set in a future feudal dystopia filled with warring zealots and urban tribalists. 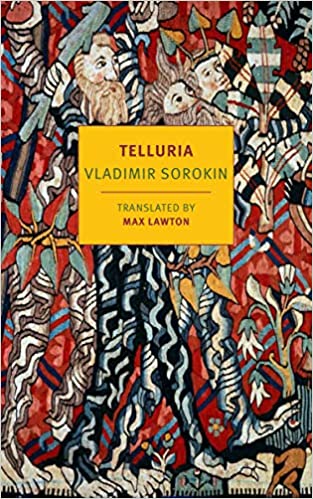 Celebrated as a literary heir to Turgenev, Gogol, Nabokov, and even Pynchon, Vladimir Sorokin is widely considered one of Russia’s most iconoclastic and imaginative writers. His postmodern fiction both reflects and reacts against the farcical bleakness of life in Russia, combining elements of satire with Soviet history and dystopian environments, and liberal helpings of sex, scatology, and violence. Virtually unknown in the West until recently, New York Review Books is in the midst of translating eight of his novels. His newest, Telluria, is set in a near-future dystopian Europe of medieval feudal states—a carnivalesque tapestry filled with partisans and princes, peasants and party leaders, a new Knights Templar, a harem of phalluses, a drug called tellurium, and a dog-headed poet and philosopher who feasts on carrion from the battlefield. “The world is changing so unpredictably that classical realistic prose isn’t able to catch up to it,” he said recently. “It’s like shooting at a bird that’s already flown away.” Sorokin discusses his life and work with translator Max Lawton. 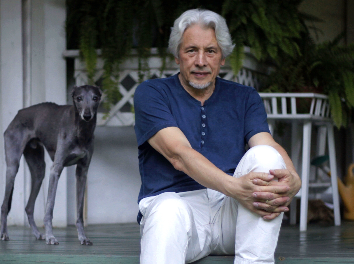 Vladimir Sorokin was born in a small town outside of Moscow in 1955. He trained as an engineer at the Moscow Institute of Oil and Gas but turned to art and writing, becoming a major presence in the Moscow underground of the 1980s. His work was banned in the Soviet Union, and his first novel, The Queue (available as an NYRB Classic), was published by the famed émigré dissident Andrei Sinyavsky in France in 1985. In 1992, Sorokin’s Their Four Hearts was short-listed for the Russian Booker Prize; in 1999, the publication of the controversial novel Blue Lard, which included a sex scene between clones of Stalin and Khrushchev, led to public demonstrations against the book and demands that Sorokin be prosecuted as a pornographer; in 2001, he received the Andrei Bely Award for outstanding contributions to Russian literature. His work has been translated into more than thirty languages. Sorokin is also the author of the screenplays for Moscow, The Kopeck, and 4, and of the libretto for Leonid Desyatnikov’s The Children of Rosenthal, the first new opera to be commissioned by the Bolshoi Theater since the 1970s. He has written numerous plays and short stories, including the O. Henry Award winner “Horse Soup,” which will appear in Red Pyramid, a volume of stories forthcoming from NYRB Classics. His most recent novel is Doctor Garin. He lives in Vnukovo and Berlin. (Photo credit: Maria Sorokina) 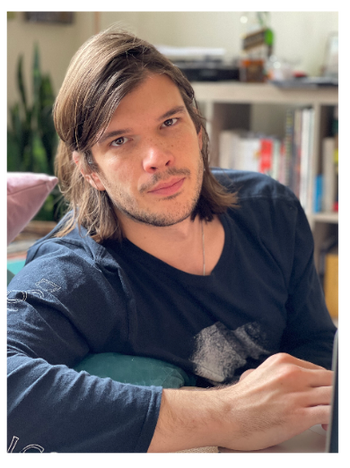 Max Lawton is a novelist, musician, and translator. His translations of Vladimir Sorokin’s stories have appeared in The New Yorker and n+1. In addition to eight of Sorokin’s books, forthcoming from NYRB Classics and Dalkey Archive Press, he is translating two books by Jonathan Littell. He lives in New York City. (Photo credit: Ecem Lawton) 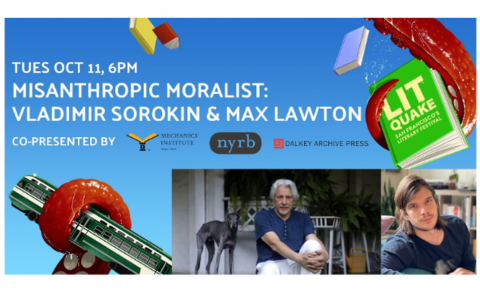 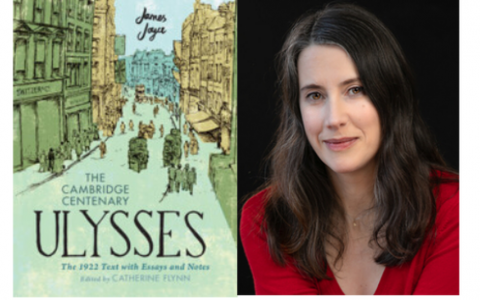