No Poetry No Peace: a reading and celebration of human expression and peace | Mechanics' Institute

No Poetry No Peace: a reading and celebration of human expression and peace
hosted by Sheryl Bize-Boutte

This event is produced in partnership with the San Francisco Writers Conference.

Please register via Eventbrite and the Zoom credentials will be sent to you when you register and a few days prior to the event.

Join us and a selection of poets – some local, some far flung - to explore how "poetry provides pathways for creative and cathartic human expression and peace." The No Poetry No Peace series happens twice a year and the title comes from a collection written by Sheryl Bize-Boutte and her daughter Dr. Angela Boutte.

Pushcart Prize nominee Sheryl J. Bize-Boutte is an Oakland multidisciplinary writer whose autobiographical and fictional short story collections, along with her lyrical and stunning poetry, artfully succeed in getting across deeper meanings about the politics of race and economics without breaking out of the narrative.  Her writing has been variously described as "rich in vivid imagery," "incredible," and "great contributions to literature." Her first novel, Betrayal on the Bayou, was published in June 2020 and a poetry collection she has written with her daughter Dr. Angela M. Boutte, titled No Poetry No Peace, was published in August 2020.  She is also a popular literary reader, presenter, storyteller, curator, and emcee for local events.

Mahnaz Badihian is an Iranian/American Poet, painter, and translator whose work has been published in several languages worldwide. Her work has appeared in many literary magazines, including Exiled ink!, International Poetry Magazine, and Marin Poetry Center Anthology. Mahnaz runs the Literary magazine MahMag.org to bring the poetry of the world together. She finished the translation of a book called Spaldings Arise (2014) with Jack Hirschman. Her latest poetry collection is Raven Of Isfahan (2019) and she has edited Plague 2020 an anthology of COVID related art and poetry from around the world. Her new collection of poems, Ask The Wind, will be published by Vagabond Press this year. She is a member of the San Francisco RPB (Revolutionary Poet Brigade).

Dr. Angela M. Boutte is a biochemist, neuroscientist, and avid recreational indoor climber who loves the tranquility and peace found in writing the occasional poem.

Author of three poetry collections, Joan Gelfand’s reviews, stories, essays and poetry have appeared in national and international literary journals and magazines. The recipient of twenty writing awards including the Effie Lee Morris Prize for Poetry and the Cervena Barva Prize for Short Fiction, Joan taught for California Poets in the Schools and currently for The Writing Salon.  Joan’s poem, “The Ferlinghetti School of Poetics” was made into a short film that showed in 20 international film festivals. Joan’s debut novel, Extreme was named New Fiction Finalist in the 2020 International Book Awards.

John Rowe has been active in the Bay Area poetry community for 25 years, especially with the Bay Area Poets Coalition, a non-profit, volunteer-run organization. He currently hosts a monthly open poetry reading on Zoom for BAPC. His poems have appeared in numerous small press journals and anthologies, and he has authored several poetry chapbooks including Beyond Perspective (Finishing Line Press). His poems reflect an array of styles and themes, and he has an affinity for writing short-form poems such as 5-line tanka.

Michael Warr is a 2021 San Francisco Artist Grant and 2020 Berkeley Lifetime Achievement Award recipient. His books include Of Poetry & Protest: From Emmett Till to Trayvon Martin (W.W. Norton), The Armageddon of Funk and We Are All The Black Boy.  Recognition for his writing and literary activity includes the San Francisco Library Laureate, Creative Work Fund award for his multimedia project Tracing Poetic Memory, PEN Oakland Josephine Miles Award for Excellence in Literature, Black Caucus of the American Library Association Award, Gwendolyn Brooks Significant Illinois Poets Award, and a National Endowment for the Arts Fellowship. For more see https://michaelwarr-creativework.tumblr.com/

Maw Shein Win’s poetry chapbooks are Ruins of a glittering palace (SPA/Commonwealth Projects) and Score and Bone (Nomadic Press). Invisible Gifts: Poems was published by Manic D Press in 2018. Win is the first poet laureate of El Cerrito, California (2016 - 2018). Her full-length poetry collection Storage Unit for the Spirit House (Omnidawn) was longlisted for the PEN America Open Book Award, nominated for a Northern California Book Award for Poetry, and longlisted for the California Independent Booksellers Alliance’s Golden Poppy Award for Poetry for 2021. 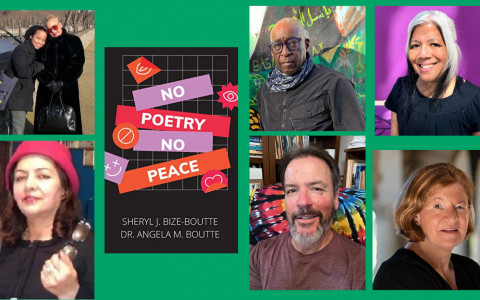 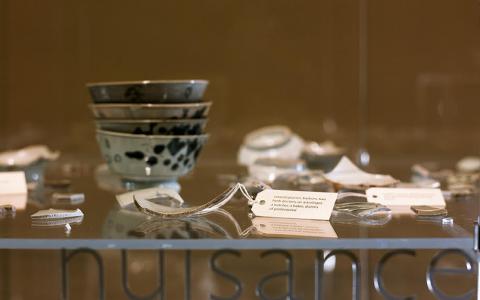 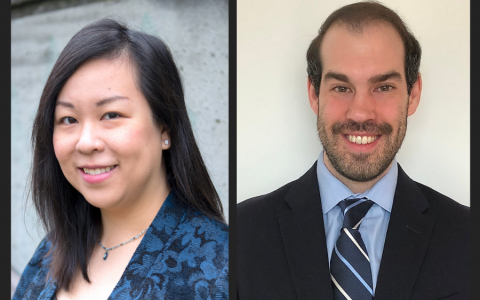