The Old Drift:  On the banks of the Zambezi River, a few miles from the majestic Victoria Falls, there was once a colonial settlement called The Old Drift. Here begins the epic story of a small African nation, told by a mysterious swarm-like chorus that calls itself man’s greatest nemesis. The tale? A playful panorama of history, fairytale, romance and science fiction. The moral? To err is human.  Exploding with color and energy, The Old Drift is a testament to our yearning to create and cross borders, and a meditation on the slow, grand passage of time.

The Golden State:  In Lydia Kiesling’s debut novel, Daphne, a young mother on the edge of a breakdown, flees her life in San Francisco for the high desert of Altavista with her toddler, Honey. Bucking under the weight of being a single parent—her Turkish husband is unable to return to the United States because of a “processing error”—Daphne takes refuge in a mobile home left to her by her grandparents in hopes that the quiet will bring clarity. Set against the beauty of a little-known part of California, The Golden State is about class and cultural breakdowns, and desperate attempts to bridge old and new worlds.

Namwali Serpell is a Zambian writer who teaches at the University of California, Berkeley. She received a Rona Jaffe Foundation Writers' Award for women writers in 2011 and was selected for the Africa 39, a 2014 Hay Festival project to identify the best African writers under 40. She won the 2015 Caine Prize for African Writing. The Old Drift is her first novel

Lydia Kiesling is a National Book Foundation 5 under 35 Honoree and is the editor of The Millions. Her essays and criticism have appeared in The New York Times Magazine, The Guardian, Slate, and The New Yorker online, and have been recognized in The Best American Essays 2016. She lives in San Francisco with her family.

Ted Weinstein (moderator) is a literary agent and long-time Mechanics' Institute member who works with a wide range of non-fiction authors. Some of his NY Times and international bestselling clients include Austin Kleon (STEAL LIKE AN ARTIST, SHOW YOUR WORK!, KEEP GOING), Kelly McGonigal (THE WILLPOWER INSTINCT), Keith Devlin (NPR's "Math Guy" and author of 30+ books), Leander Kahney (INSIDE STEVE'S BRAIN, JONY IVE, TIM COOK), Elle Luna (THE CROSSROADS OF SHOULD AND MUST, YOU STORY IS YOUR POWER), and many others. A widely publisher writer himself, Ted has been the music critic for NPR’s All Things Considered and a commentator for the San Francisco Chronicle, the Bay Guardian, SF Weekly, and Might Magazine. More information about Ted, his clients, and their books - along with many resources for writers, including free audio workshops - can be found at www.twliterary.com. 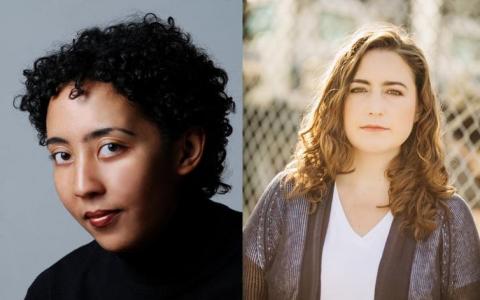