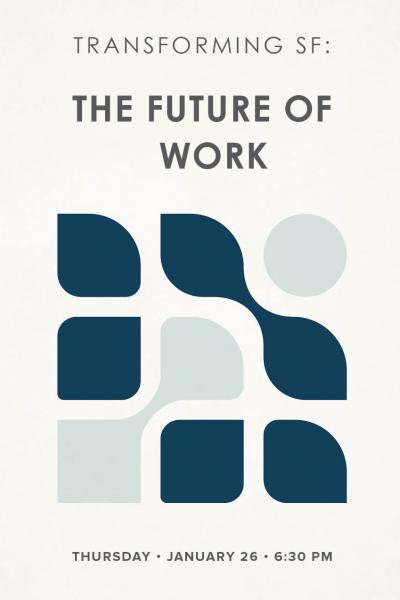 What are the social and economic impacts of technology, robotics and AI on work and employment? Will human beings be completely replaced in the work force? What new jobs will be created and which industries most effected? What will we do with time on our hands and how will we "earn a living"? Two experts in this field will sort out these complicated dynamics, dispel misconceptions, and offer both the short and long view.

Ken Goldberg is an artist, inventor, and UC Berkeley Professor. His home department is Industrial Engineering and Operations Research, with secondary appointments in EECS, Art Practice, the School of Information, and Radiation Oncology at the UCSF Medical School. Ken is Director of the CITRIS "People and Robots" Initiative and the UC Berkeley AUTOLAB where he and his students pursue research in geometric algorithms and machine learning for robotics and automation in surgery, manufacturing, and other applications. Ken developed the first provably complete algorithms for part feeding and part fixturing and the first robot on the Internet. Despite agonizingly slow progress, Ken persists in trying to make robots less clumsy. He has over 200 peer-reviewed publications and eight U.S. Patents. He co-founded and served as Editor-in-Chief of the IEEE Transactions on Automation Science and Engineering. Ken's artwork has appeared in 70 exhibits including the Whitney Biennial and films he has co-written have been selected for Sundance and nominated for an Emmy Award. Ken was awarded the NSF PECASE (Presidential Faculty Fellowship) from President Bill Clinton in 1995, elected IEEE Fellow in 2005 and selected by the IEEE Robotics and Automation Society for the George Saridis Leadership Award in 2016. He lives in the Bay Area with his wife, filmmaker and Webby Awards founder Tiffany Shlain, and their two daughters.

John Zysman received his B.A at Harvard and his Ph.D. at MIT. He has written extensively on European and Japanese policy and corporate strategy; his interests also include comparative politics, Western European politics, and political economy. Professor Zysman's publications include The Highest Stakes: The Economic Foundations of the Next Security System (Oxford University Press, 1992), Manufacturing Matters: The Myth of the Post-Industrial Economy (Basic Books, 1987), and Governments, Markets, and Growth: Finance and the Politics of Industrial Change (Cornell University Press, 1983).  John Zysman is a Professor Emeritus of Political Science at the University of California, and co-founder of the Berkeley Roundtable on the International Economy (BRIE). 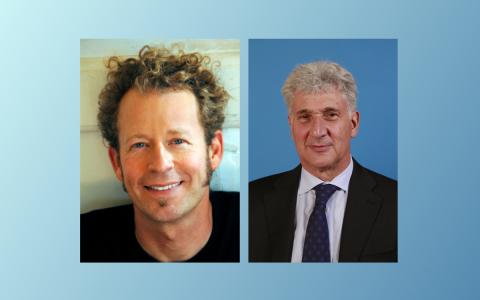 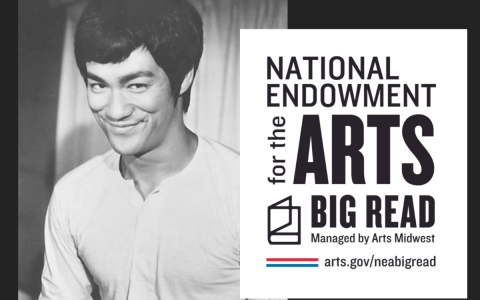 We Are Bruce Lee: Under the Sky, One Family
a private tour of the exhibition at the Chinese Historical Society