The Waterboys: O'Shaughnessy, Mulholland and the Delivery of 'Liquid Gold' | Mechanics' Institute

The Waterboys: O'Shaughnessy, Mulholland and the Delivery of 'Liquid Gold'
Gray Brechin and Myles Dungan

The story of two Irish-born engineers, from very different backgrounds, who had a profound impact on the growth of California's two greatest cities -- by guaranteeing adequate supplies of water. One of California's leading historians and activists, Gray Brechin (Imperial San Francisco) will discuss the controversial Hetch Hetchy dam project and its motive force, Irish engineer Michael Maurice O'Shaughnessy. Myles Dungan (How the Irish Won the West) will follow up with the parallel and equally divisive drive of Dubliner William Mulholland to bring vital growth-inducing supplies of water to Los Angeles.

Dr. Gray Brechin is an historical geographer and author whose chief interests are the state of California, the environmental impact of cities upon their hinterlands, and the invisible landscape of New Deal public works. A graduate of UC Berkeley he returned to the U.C. Berkeley Department of Geography in 1992 to write a dissertation using San Francisco as a case study of how all great cities operate at the expense of their environs for the benefit of dynastic elites, especially the Thought-Shapers who control mass media. Published by U.C. Press in 1999 as Imperial San Francisco: Urban Power, Earthly Ruin, the book spent sixteen weeks on the San Francisco Chronicle's best-seller list and is now considered a classic of urban studies. Dr. Brechin is a frequent radio and television guest and a popular public speaker. He is currently a visiting scholar in the U.C. Berkeley Department of Geography and founder and project scholar of the Living New Deal (https://livingnewdeal.org). 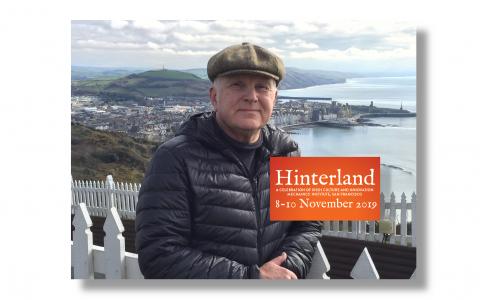