I think for me, the most important thing was the passion to learn, to have fun—obviously to win, but most of all to learn. And growing up—I still am—but I was pretty used to doing basically the things I wanted to do, and most of the time that was chess. And so I would constantly be sitting at my board reading some chess books, playing online, playing in tournaments whenever I could. And I think to become really good in chess, you really need that. To become one of the best, it’s not enough to go to the chess club a few times a week, play a tournament now and then, as you would in other sports. You shouldn’t just go to practice. You should be, in a sense, living chess all the time.

—Magnus Carlsen, in reply to the question “what it takes to become the best”.
Mountain View, California, January 16, 2014

The 14th Annual Henry Gross Memorial G/45 will be held on February 1.

First off—mark your calendars. The big annual Ray Schutz Memorial Blitz is scheduled for Sunday May 4, 2014.

So, for the remainder of January, it has been decided that we will continue with the new Swiss format. Assuming no unforseen problems develop, this format will be made permanent in February.

So, here is a recap of the new format once again. Here is how it works:

Same entry fees as before. Same 50%-30%-20% prizes, with all players being eligible as before, but here is what will be different:

The first round will start at 6:45 pm. Trial run will continue through the entire month of January; there is no 6:45 pm entry cut-off time. Late entries accepted.

It will be either 5- or 6- (# of players–1 rounds; not to exceed 6 rounds) round Swiss System, with each player playing two games (one black; one white) with each opponent they are paired against. At the start of the tournament, the strength of each player will be estimated and the players ranked accordingly. If the player is a new participant in the Wednesday Night Blitz, they will be placed at the end of the initial pairing list unless their strength is known or they are a titled player. Then, pairing in each round of the Blitz Tournament will be made according to the Swiss System pairing method. At the end of each round, each player is expected to clearly tell the organizer what their results were for the round. Then the organizer will announce the pairings for the next round. This will repeat until either 5 or 6 rounds have been played (depending on time available)

Odd (extra) player out at the beginning of any round will be paired with the next player to enter. Round ends when all initially-paired players for that round have finished (not to be less than 20 minutes). If extra player has completed two games, the result is recorded; if only one game was completed, the extra player gets that result plus a 1-point bye so they are not penalized; if no game was played or finished, then the extra player gets a 2-point bye. The player arriving late only gets their score in that round. If a player enters late during the round and cannot be paired, at the end of the round they will be awarded a 2-point bye if they are less than 5 minutes late to that particular round; awarded a 1-point bye if between 5 and15 minutes late for that particular round; and awarded no bye if they arrived more than 15 minutes late for that particular round.

A Memorial for John Grefe will be held Saturday, February 8 from 1 to 5 pm at the Mechanics’ Institute. All are welcome to attend.

John played almost all his chess in North America, with tournaments in Bulgaria, England, Australia and Sweden the exceptions. He represented the United States in one official FIDE event, the 1971 World Student Team Championship, held in Mayaguez, Puerto Rico. John was the second reserve on the silver-medal-winning team, which included Andy Soltis, William Martz, Ken Rogoff, Greg Defotis and James Tarjan. Grandmaster Lubosh Kavalek served as both captain and analyst.

The following game, though far from perfect, is a fascinating struggle that is well worth playing over. There were no bulletins for this event, and if not for Andy Soltis, who included it in his report on the event which appeared in Chess Life and Review in 1971(page 553), it would have been lost forever. It’s sad to think how many interesting games have been lost. This is particularly true of American weekend Swiss events, where the scoresheets are often thrown out soon after being played.

Fortunately this is not always the case. Many of John’s games played in Northern California in the late 1970s and early 1980s have been preserved because of the efforts of Max Burkett, who produced many bulletins during this time.

Correct was 11.Qxd2 with a roughly equal position, but if that move had been played none of the wild adventures that are soon to occur would have happened. 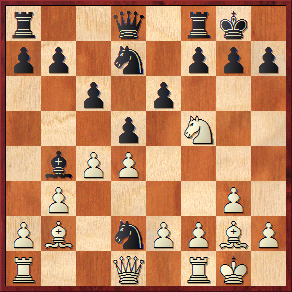 This is going too far. John should have resigned himself to the loss of the exchange with 12.a3 Ba5 13.Ne3. 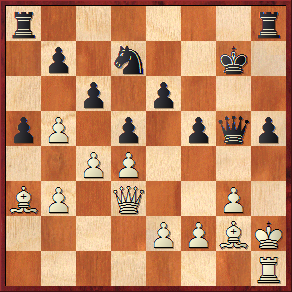 It was essential to play 20.Bc1. Now Black launches a very dangerous attack.

The play up to this point might make you wonder why this game was selected for the Newsletter but fear not, things are going to soon heat up! 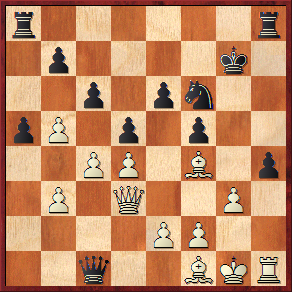 Was this divine inspiration or did Black overlook his queen was attacked? We will likely never know but can state the Icelander was a Master and 23...Qe1 was winning.

White hangs on to his extra material but 25.Kxf2, getting rid of the pesky pawn on f2 was worth a thought. It’s really a question of taste. 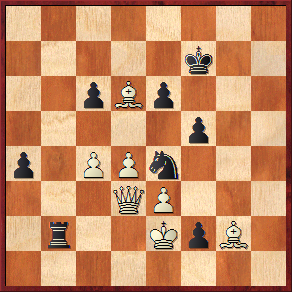 The World Champion’s visit to the Bay Area last week attracted widespread interest from both the local chess community and general public.

For a selection of photographs from an invitation-only dinner at Joe Lonsdale’s home taken by Richard Shorman go to http://www.chessdryad.com/photos/woodside/carlsen/index.htm.

Thursday, January 16, the Churchill Club of Silicon Valley hosted an event at the Computer History Museum in Mountain View, which consisted of a small simul followed by a talk moderated by NM Peter Thiel.

This event sold out and was attended by several hundred people, including GMs Daniel Naroditsky and Vinay Bhat. The latter were in the minority, as most of the audience appeared to be non-chess players who came to see a famous celebrity.

They were not disappointed as Magnus, who speaks English quite fluently, was an excellent interview, with a dry sense of humor delivered in a deadpan manner. The talk is given in its entirety at http://www.churchillclub.org/LandingPage.aspx and runs a little over an hour. Those who want to only check out some of the highlights may wish to go to http://en.chessbase.com/post/carlsen-wins-silicon-valley.

Congratulations to FM Andy Lee for winning the Berkeley Chess Club Championship last December with a score of 6½ from 8. Tying for second a half-point back in the 43-player event were NM Roger Poehlmann, Walter Lesquiller and Alan Glascoe.

Eduardo Bauza Mercere has unearthed the following game played in the Western Chess Association Championship (now US Open) of 1905 in Excelsior, Minnesota.